Spotted this one while driving West on the 50 from Placerville towards Sacramento, stopped at a thrift store and took some photos including the above panorama.

When I got home the flight was fairly easy to track down: 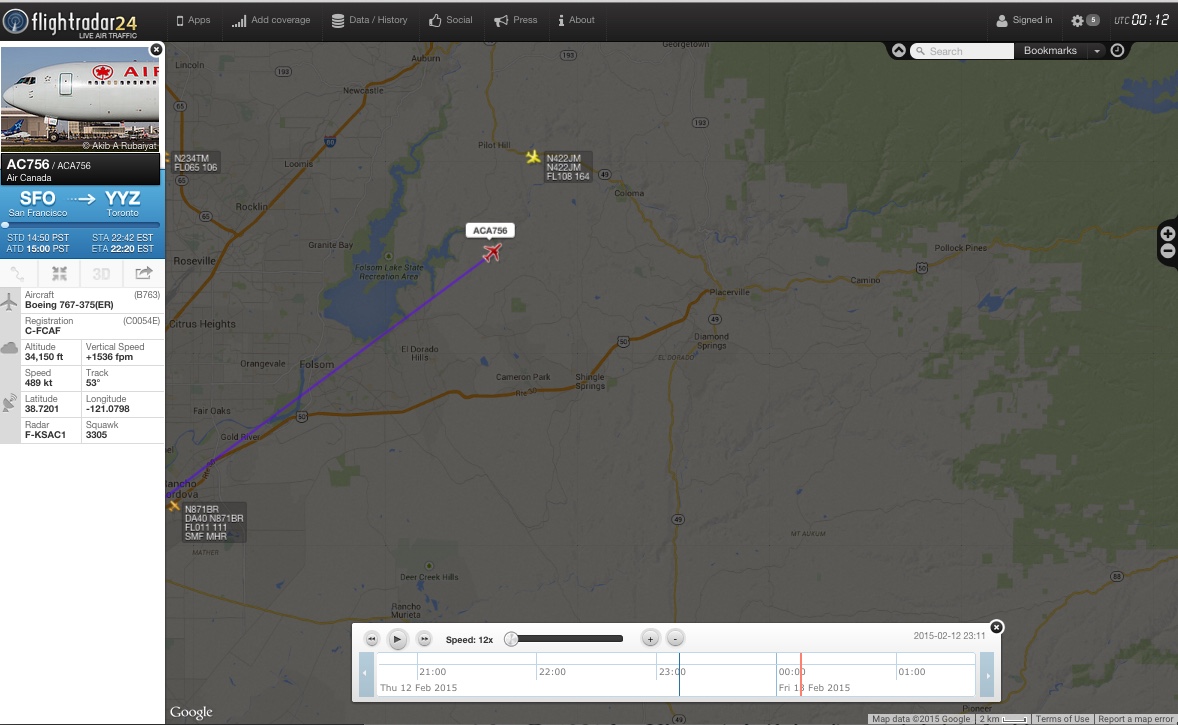 What was interesting about it is the portion of the trail to the west, over Sacramento, was very thick, and continued to grow and spread until sunset. It's still somewhat visible as I type this, over two hours later, looking like: 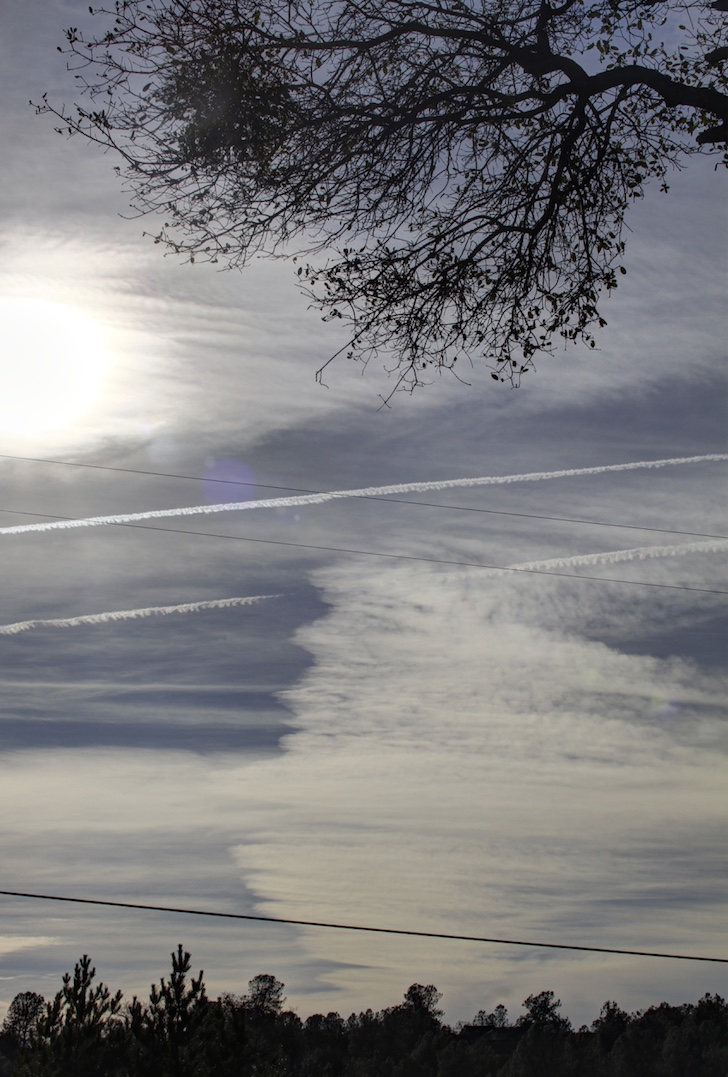 (where it's the large area in the middle bottom, not the two new contrails)

And then at sunset 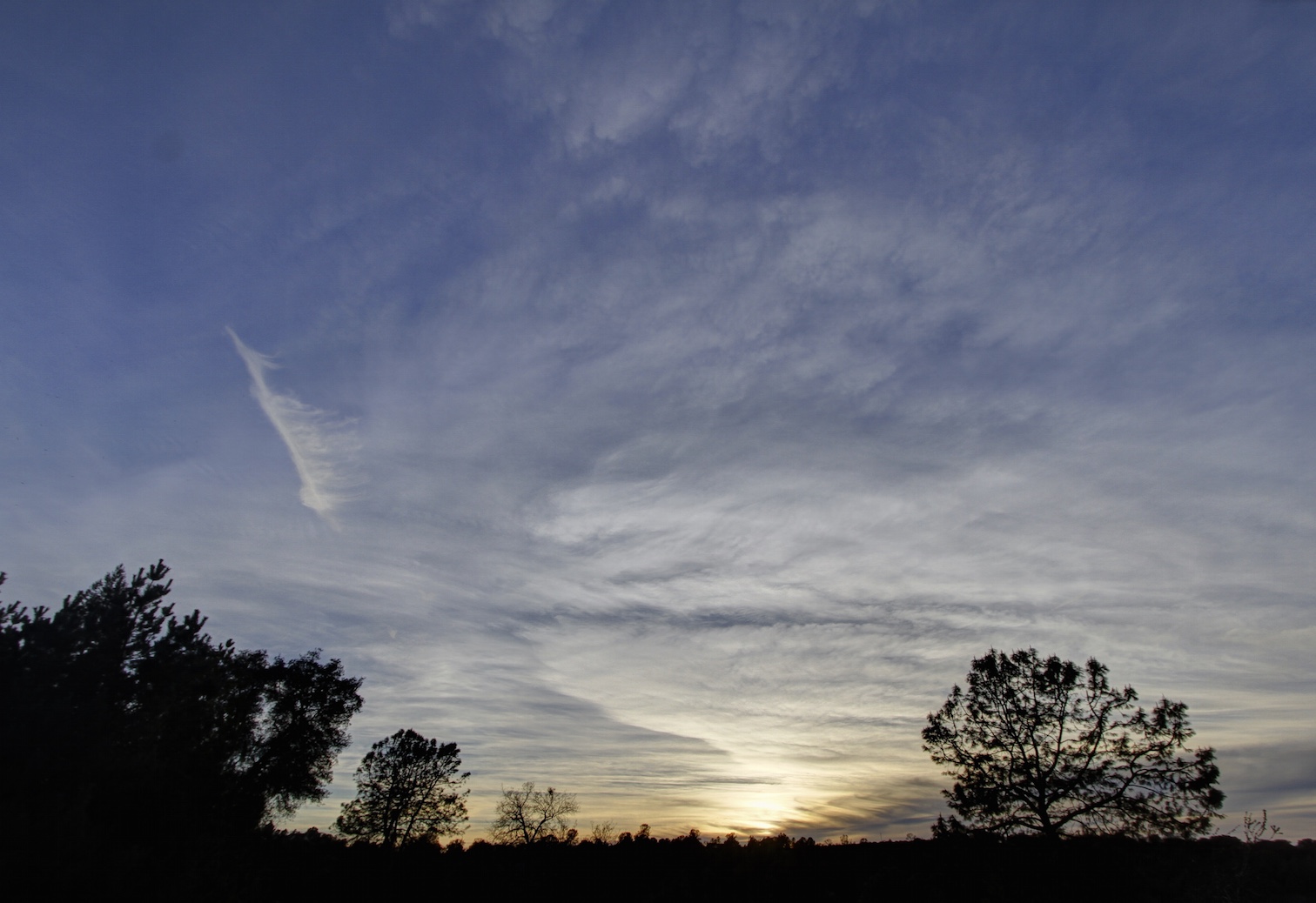 Where it's the entire middle of the image. The feathery contrail/cloud to the left is unrelated.

I suspect that other people will have photos of this, as it was quite dramatic.

A bit later the sky developed some interesting ripples. 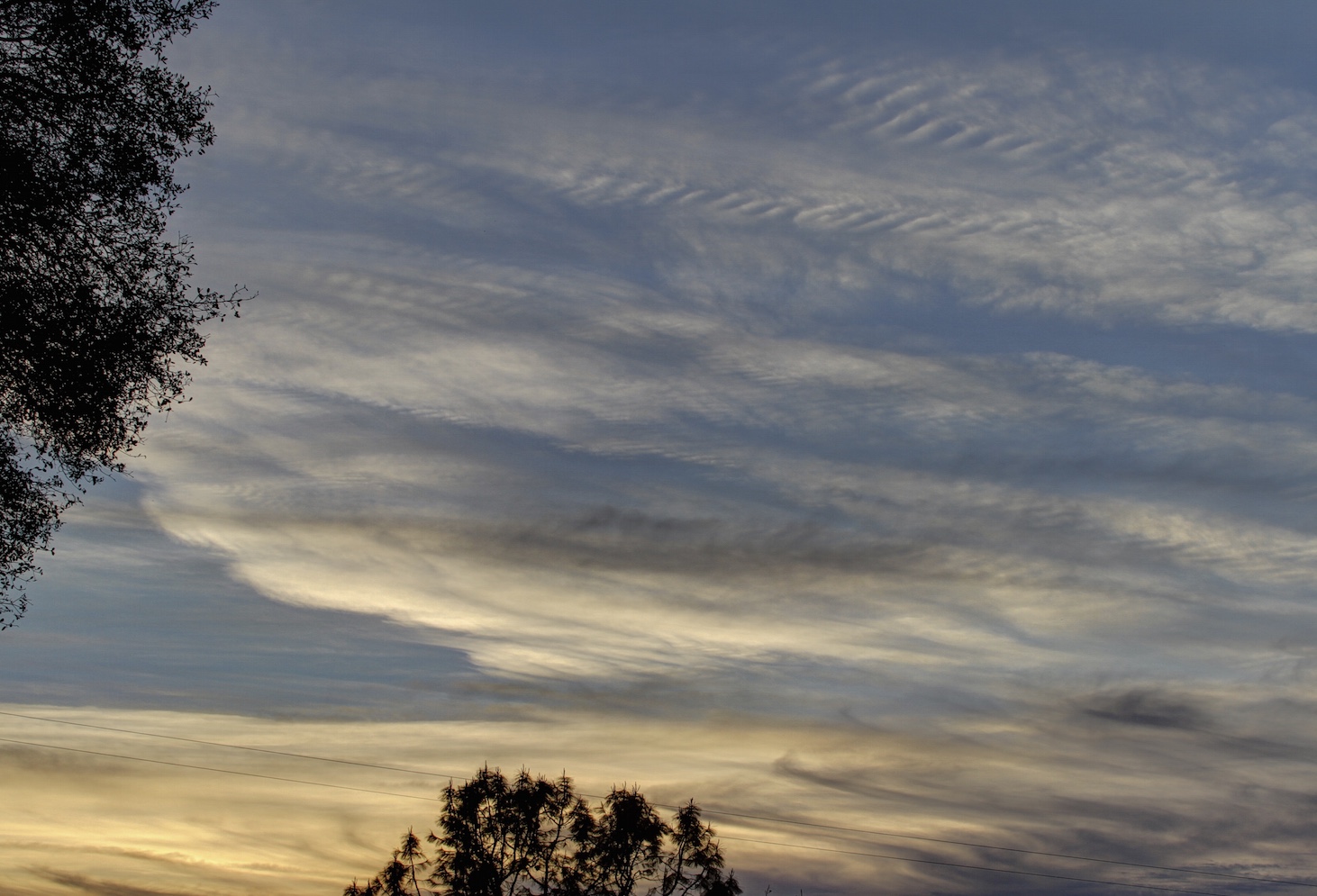 Those are some pretty pics. I love looking up in the sky and seeing contrails.
You must log in or register to reply here.