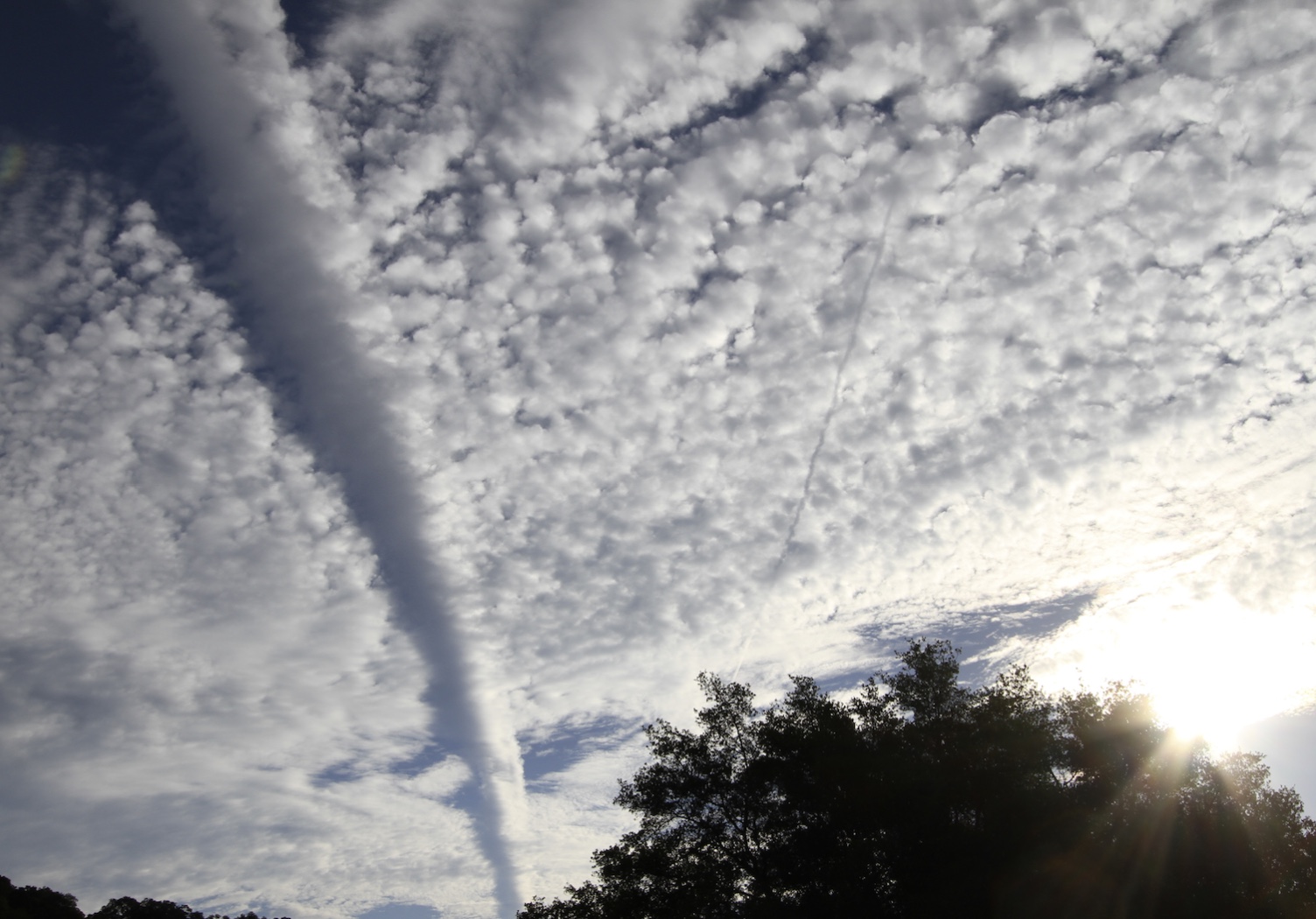 This morning a large aerodynamic contrail formed near Shingle Springs, California. The contrail formed partially in a cloud layer, and with the low sun it created a significant dark shadow on one side, and maybe something of a distrail. The above photo also shows a younger contrail to the right of the middle, leaving a shadow on the cloud layer.

The photo session started when I saw this older contrail fragment, about where the large contrail meets the horizon. It had very sharp sundog colors. 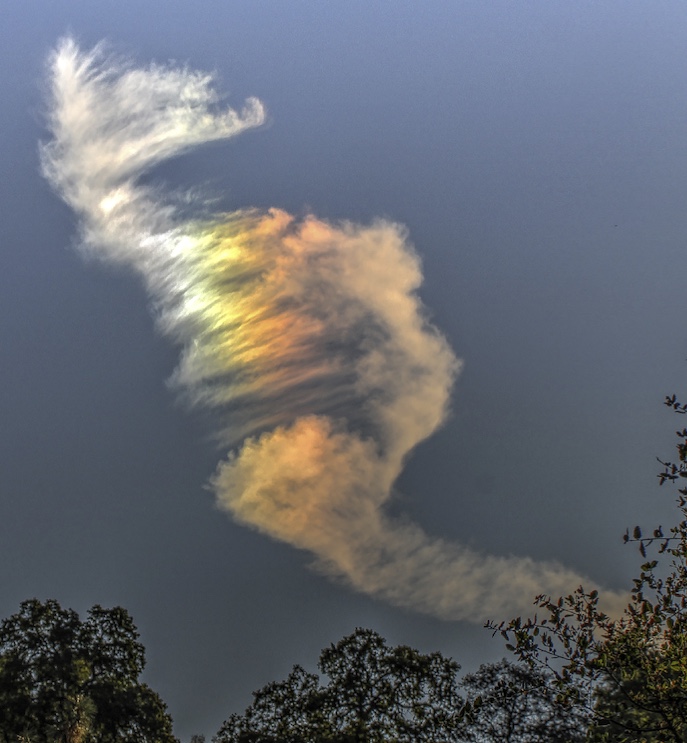 Just after that, I saw this plane flying east: 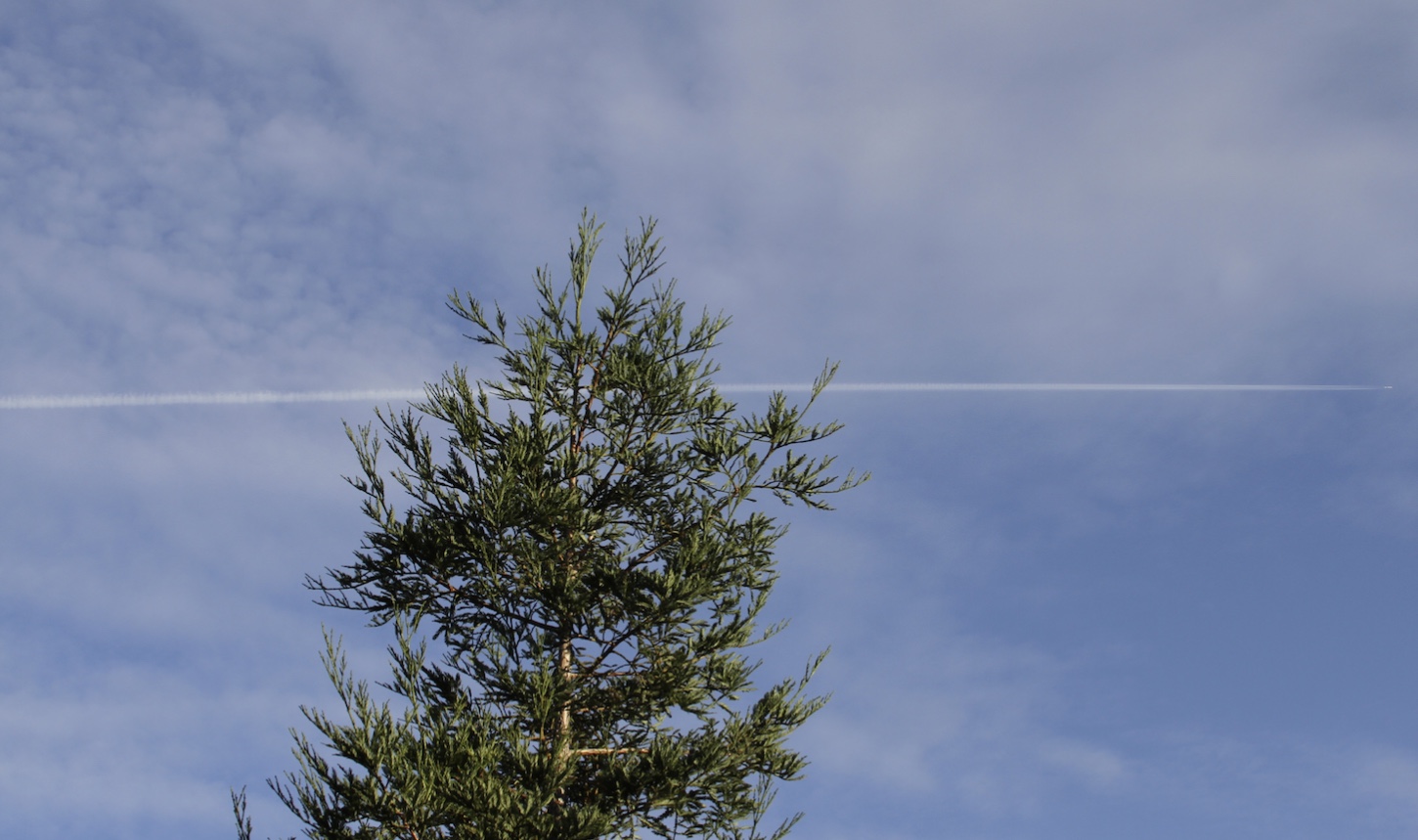 Zooming in, you can see it's a twin engine plane with the engines mounted on the tail. It's leaving aerodynamic contrails from the wing surface, and not the engines. 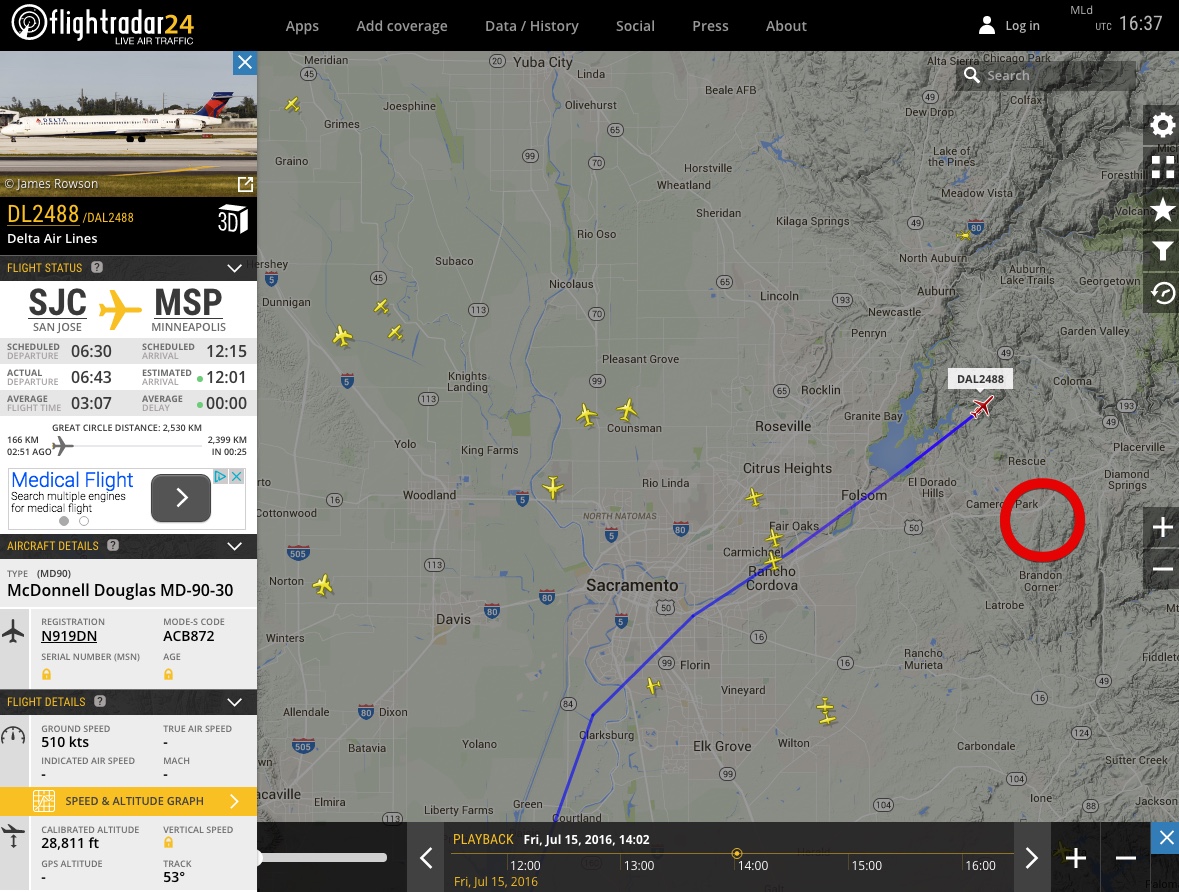 I'd set up a timelapse earlier, hoping to catch a sundog in another contrail fragment that was moving towards a position where I'd see the other one. And this showed a large part of the formation and evolution of the contrail.
Source: https://www.youtube.com/watch?v=audSr_yYbc8


I also took some nice HDR images, at this point the contrail looked quite dramatic, as only the portion that was in the cloud layer had persisted, and this almost started to look like a tornado. 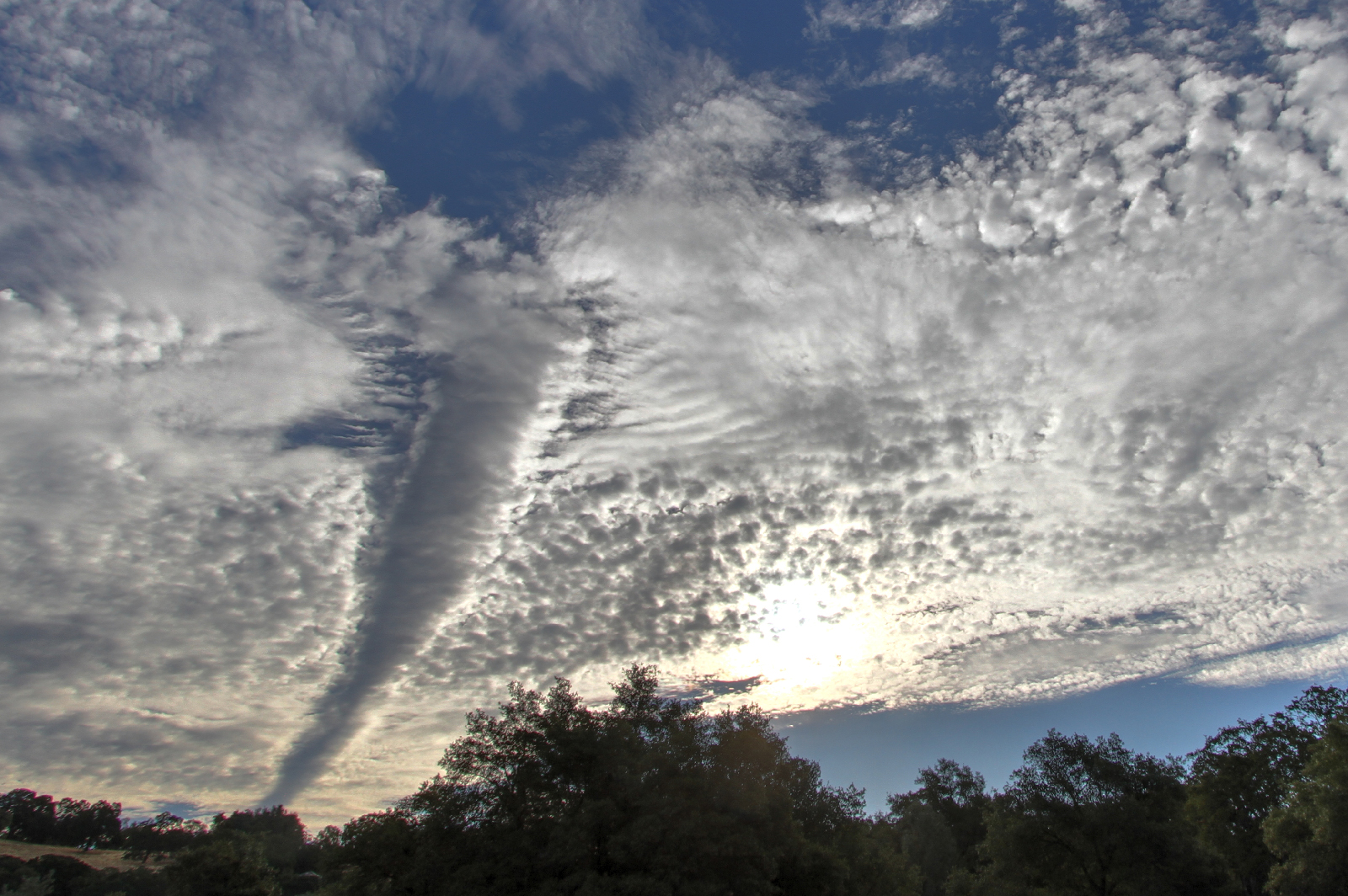 There were also nice corona colors around the sun for the entire time. I took this at 6:57AM, before the plane arrived. 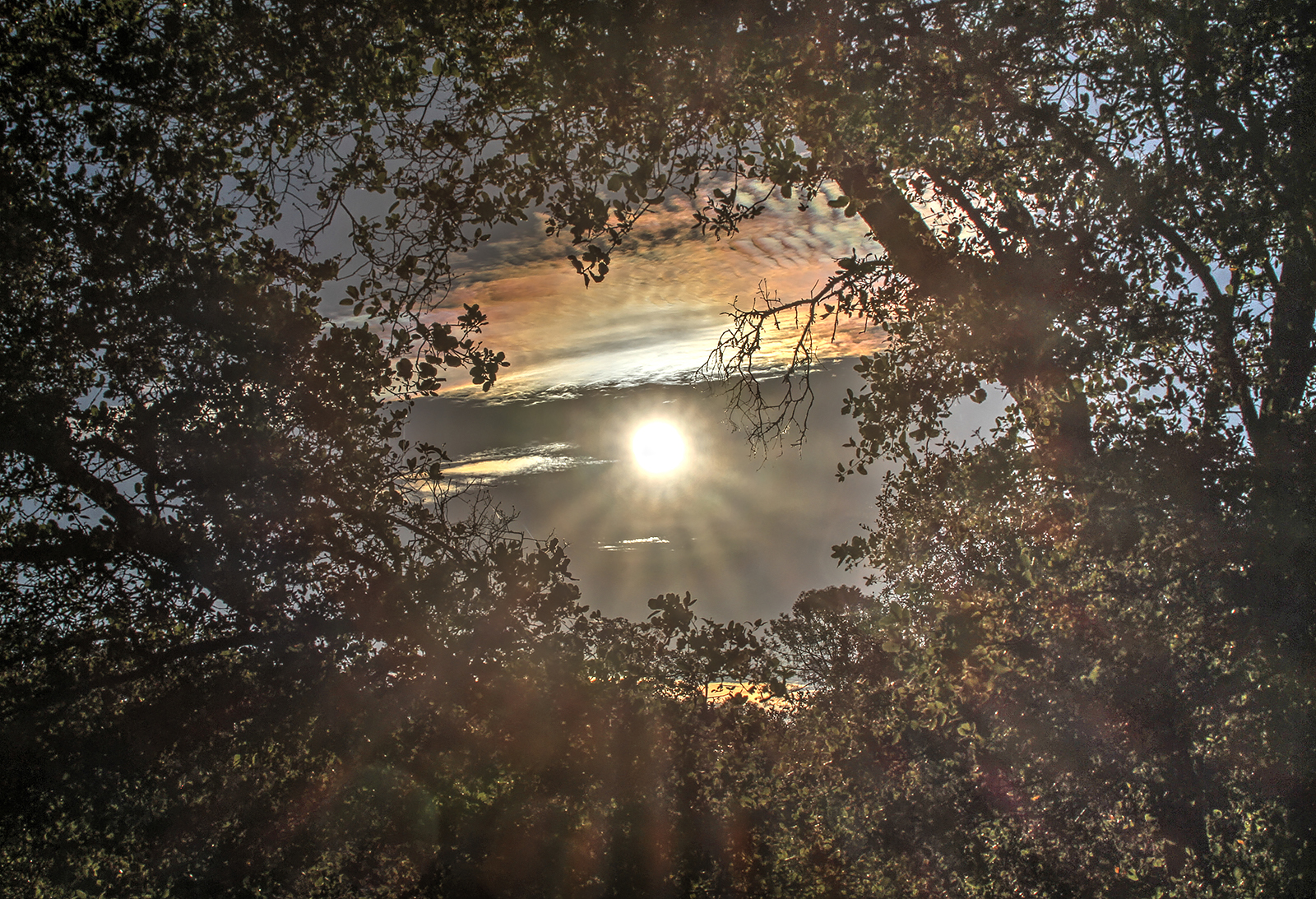 In this last shot the contrail just visible in the bottom right, but has largely merged with the cloud layer. This was taken at 7:40, or about 35 minutes after that segment had formed. Notice there are still corona colors around the sun. 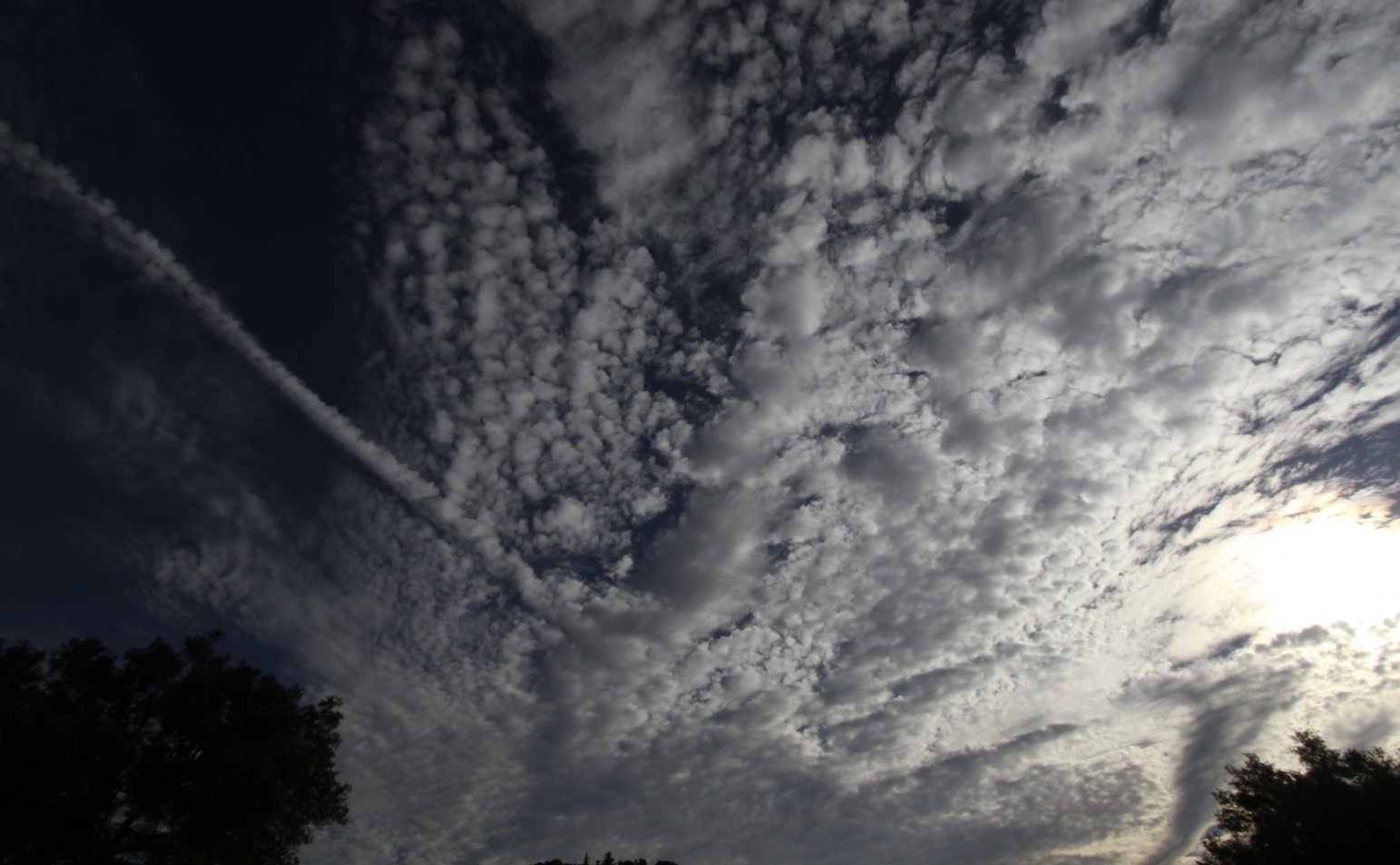 Looks like a second shadow @:10, starts just above the tree in the middle angling away to the right. Great time to pick for a timelapse.

Staff member
Yes, I would have been happy just to get the sundog forming.


M Bornong said:
Looks like a second shadow @:10, starts just above the tree in the middle angling away to the right.
Click to expand...

You can see that in the first photo. And here's a closer view
: 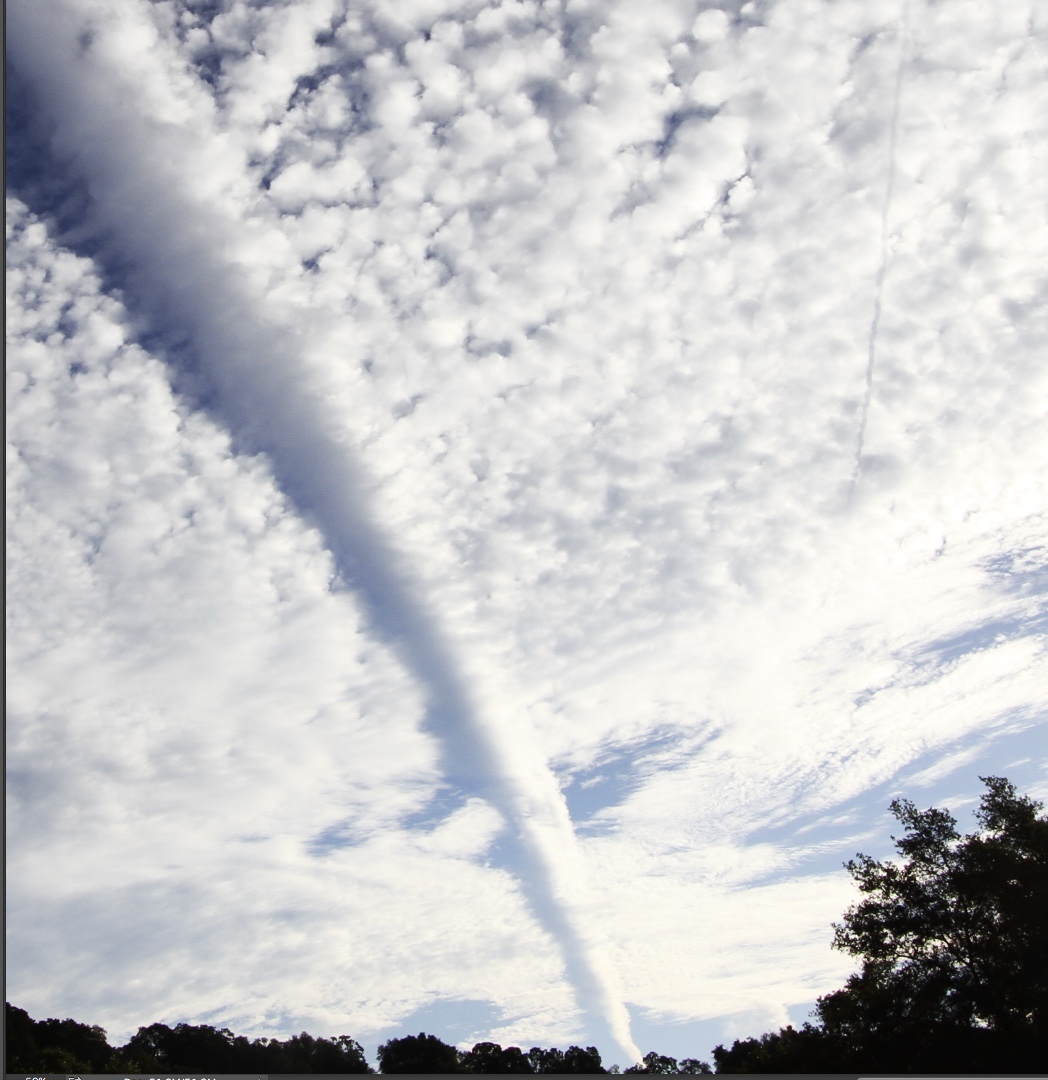 Staff member
This contrail was noticed by the local "skywatch" group, unfortunately with a different interpretation. 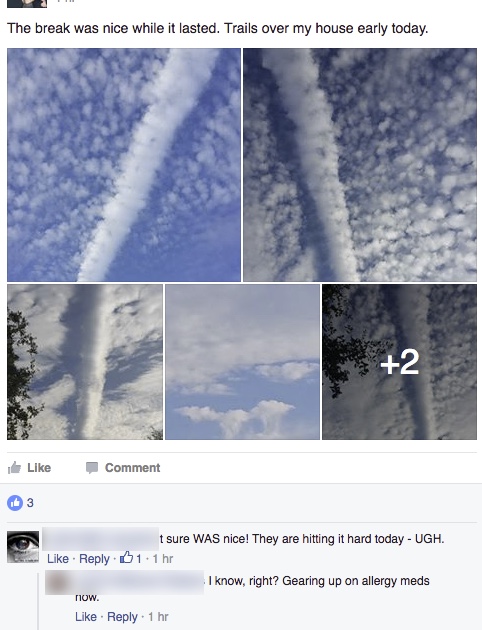 Do you have some more details about the shadowed contrail? How high, which aircraft? I guess 23000FT.
In the beginning of the time-lapse, it originates in the left angle of the movie.
Isn't is a punchhole trail?

Mick West said:
Zooming in, you can see it's a twin engine plane with the engines mounted on the tail. It's leaving aerodynamic contrails from the wing surface, and not the engines.

What do you think those white rectangles are under the right wing?
Last edited by a moderator: Jul 29, 2016

Toni Misten said:
What do you think those white rectangles are under the right wing?
Click to expand...

Flap fairings. They are the covers for the hinges that attach the flaps to the wing. Here's the same plane: 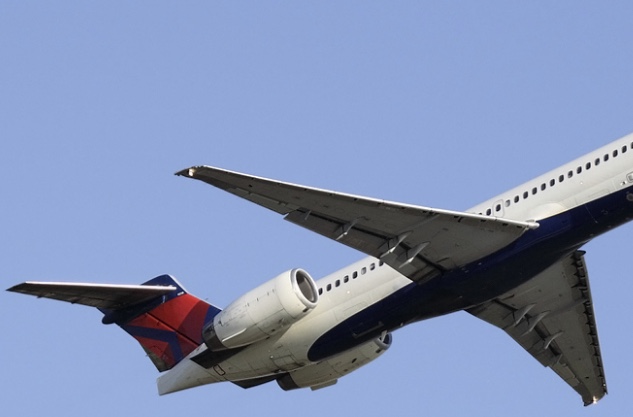 Photo from: http://www.jetphotos.net/photo/7603357
You must log in or register to reply here.