Today 7/15/13, there were MANY clear contrails over England, as seen below in today's MODIS satellite image.

Then I took a snapshot of the current air traffic......and then combined them into one image.

They are not aligned perfectly in "time", but close enough because the flight paths among commercial airliners is generally the same day-to-day, all day long.
Both images were sourced fairly close in time, on the same day.
There is only one satellite image from MODIS each day....every day.

As I learn more about these sites (tracking/satellite) and how to align them in "time", I am confident I should be able to demonstrate this even better. Perhaps
This could help counter the claim that it's "mysterious unmarked military planes" leaving the trails.
I hope be able to capture a plane pretty near it's very own trail, when combining the two images (overlay).......if I know the upload time of the MODIS image, and factor the delay time of the tracking software.

Quite an impressive view of trails..... 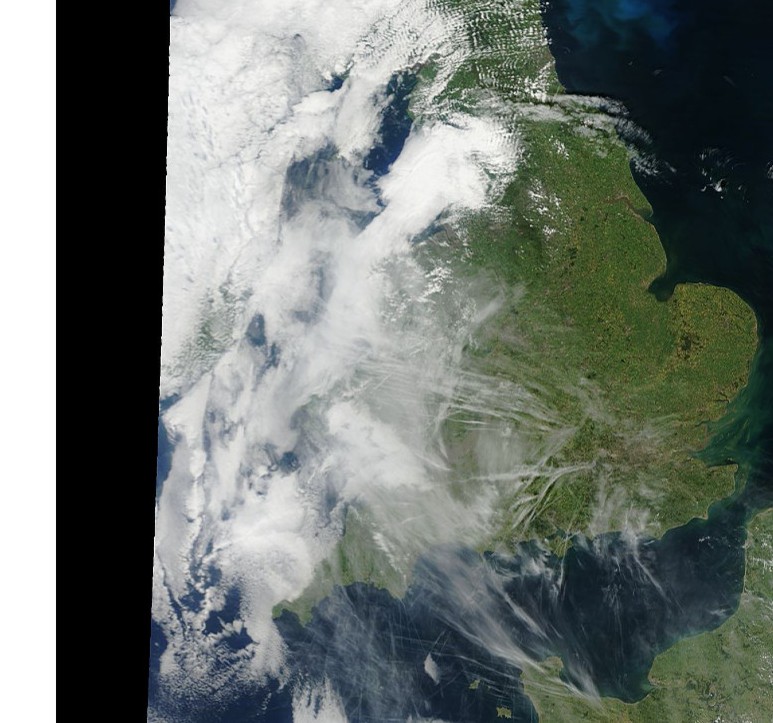 Next is the FlightRadar24 image from today..... 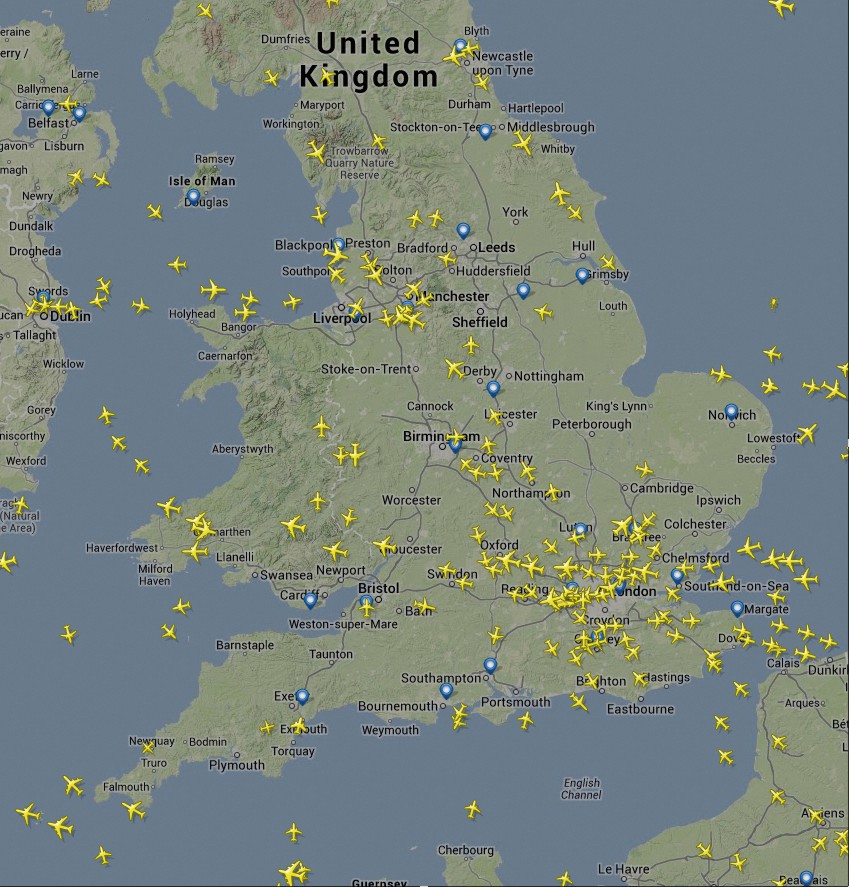 Here are the two images overlayed..... 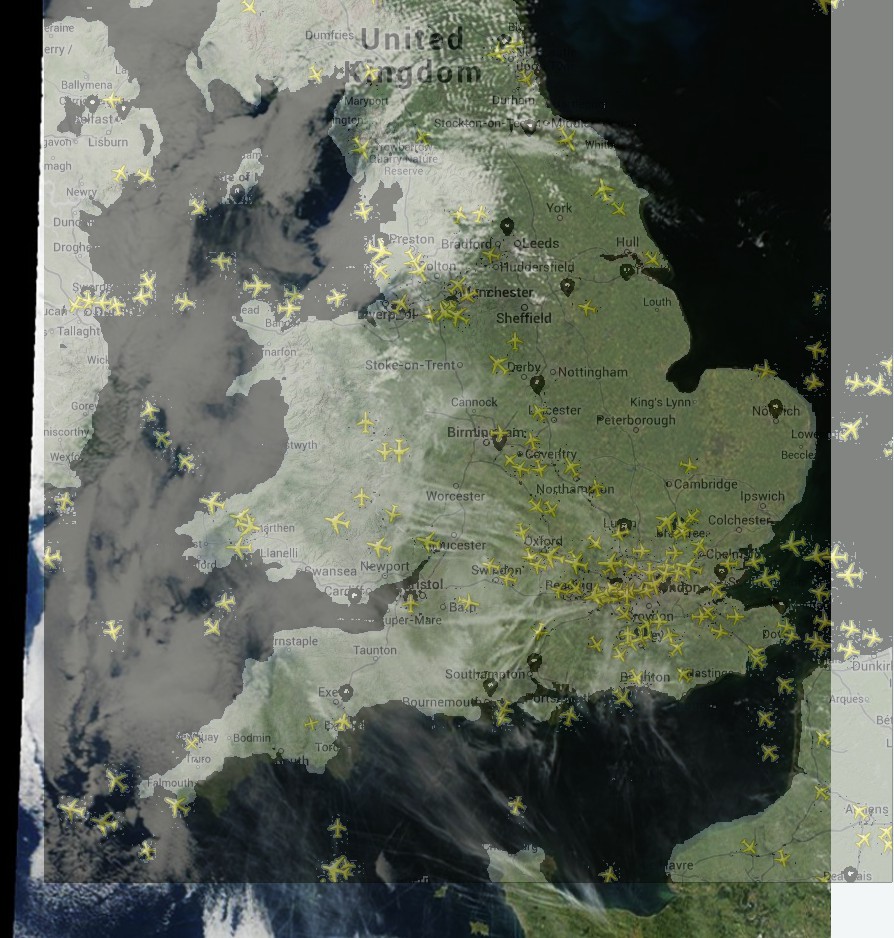 Detail of the London area.... 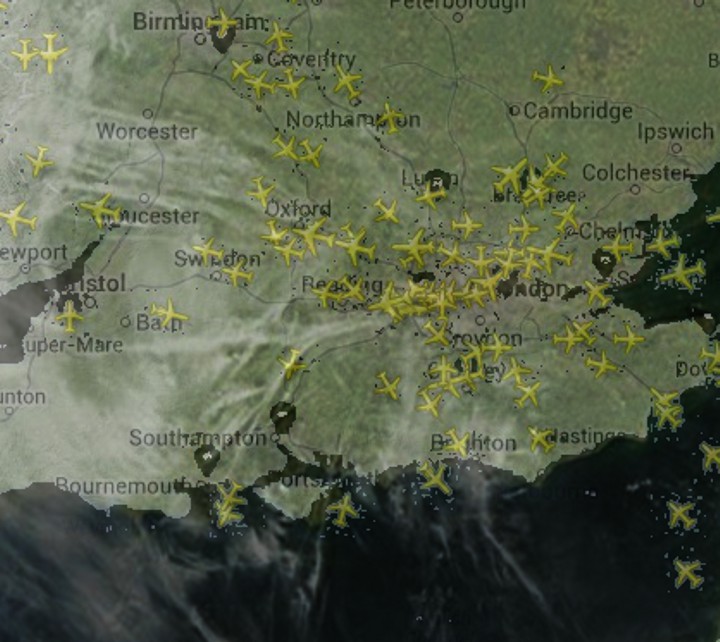 Perhaps there are even better ways....maybe with Google Earth ?........although the important thing is the detailed satellite image, to place a plane on a contrail, and hi-res satellite images are static, and don't update.

I just realized I could eliminate many planes that are ground traffic.....remove unnecessary plane clutter.

Staff member
Good idea. Your have to factor in the upper air wind speed and direction though. Trails often for at quite a significant angle to the direction of travel like with a 90mph wing and 450mph plane. If you are doing it purely from the time then you might see trails that don't seem to line up with flight paths, when they actually do.

A short guide for identifying cirrus clouds and/or persistent contrails on satellite imagery.

1. For 24h cirrus monitoring one should use infrared imagery. It can display cloud top temperature or height, measured with multispectral sensors. Cirrus usually occur when temperature is about -30 deg. C or lower, -40 C needed for contrail formation. 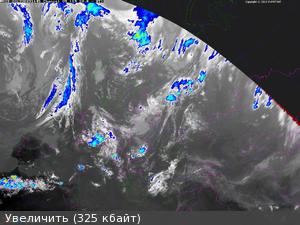 2. Visible images can be used during the day. High clouds have high albedo (white colors). 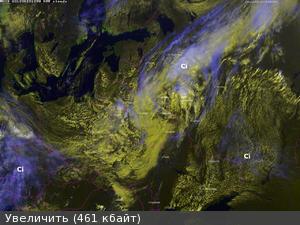 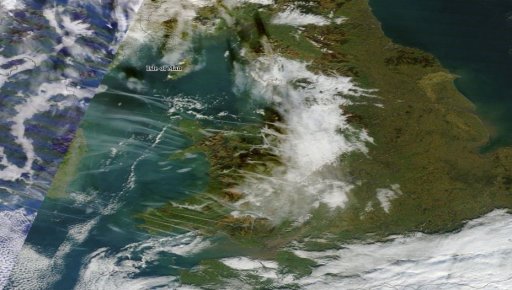 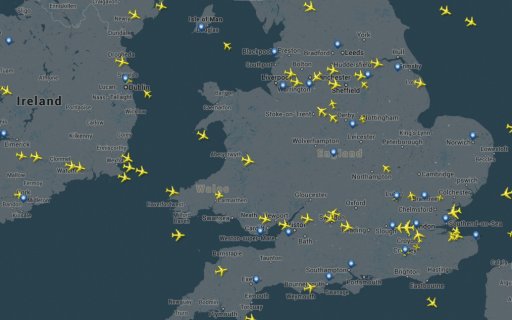 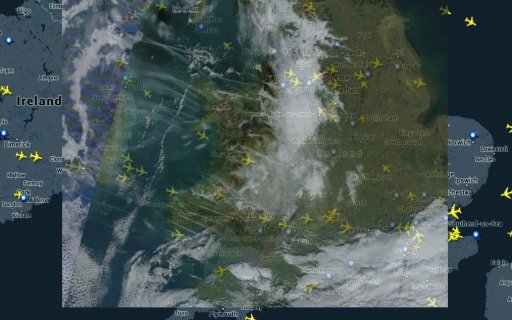 Full-Disk HD Images of the Earth from Satellites
2 3