The following sequence of photos was taken from an airliner approaching Bali at a constant geometric altitude of 38000 feet.

The aircraft was flying towards a mature cumulonimbus cloud whose "anvil" had already formed at the tropopause. The tropopause was forecast to be at 50000 ft in the area.

A Theodolite app on an Iphone 6 was used a datum reference.

In the first series the cloud is approximately 250 nautical miles from the aircraft. It is the cloud on the right. 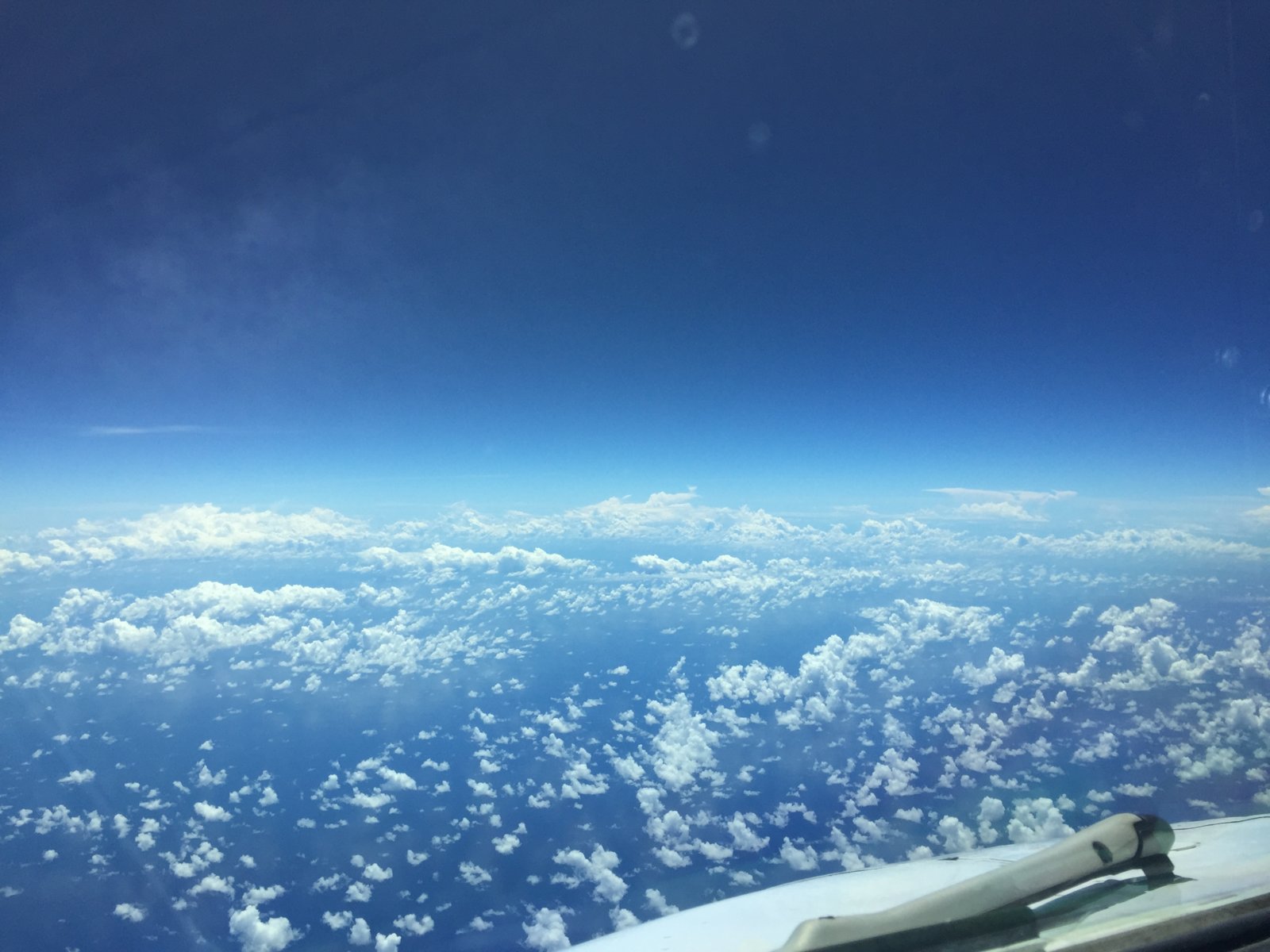 Shot with a zoom through the theodolite app, the zero datum is above the cloud (faint white + symbol), indicating the aircraft will pass over the cloud. 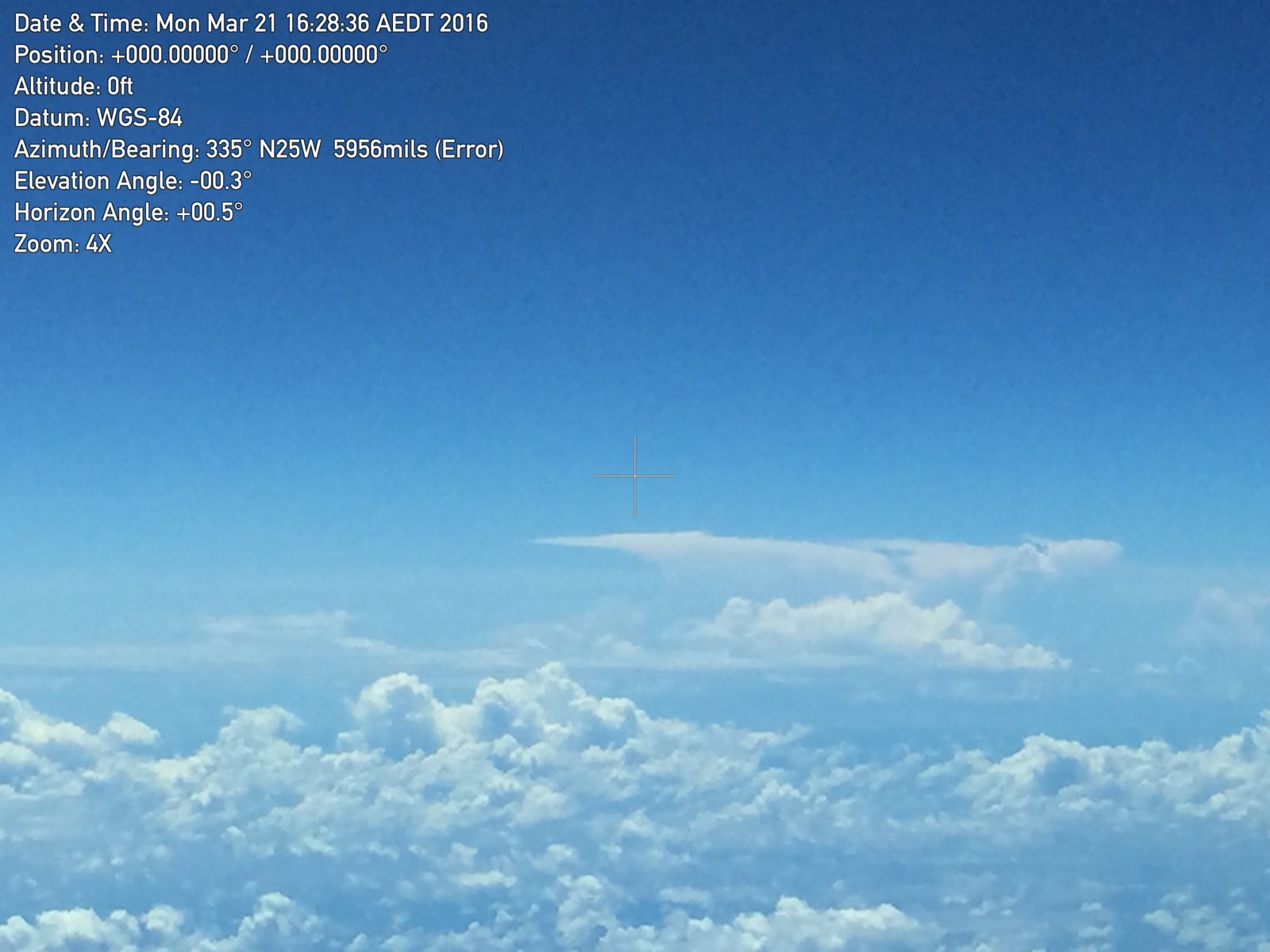 Note the relationship of the anvil to the faint cloud layer behind.

19 minutes later another photo is taken. The aircraft has moved 170 statute miles closer to the cloud.

Again the cloud is photographed with the app and zoom. 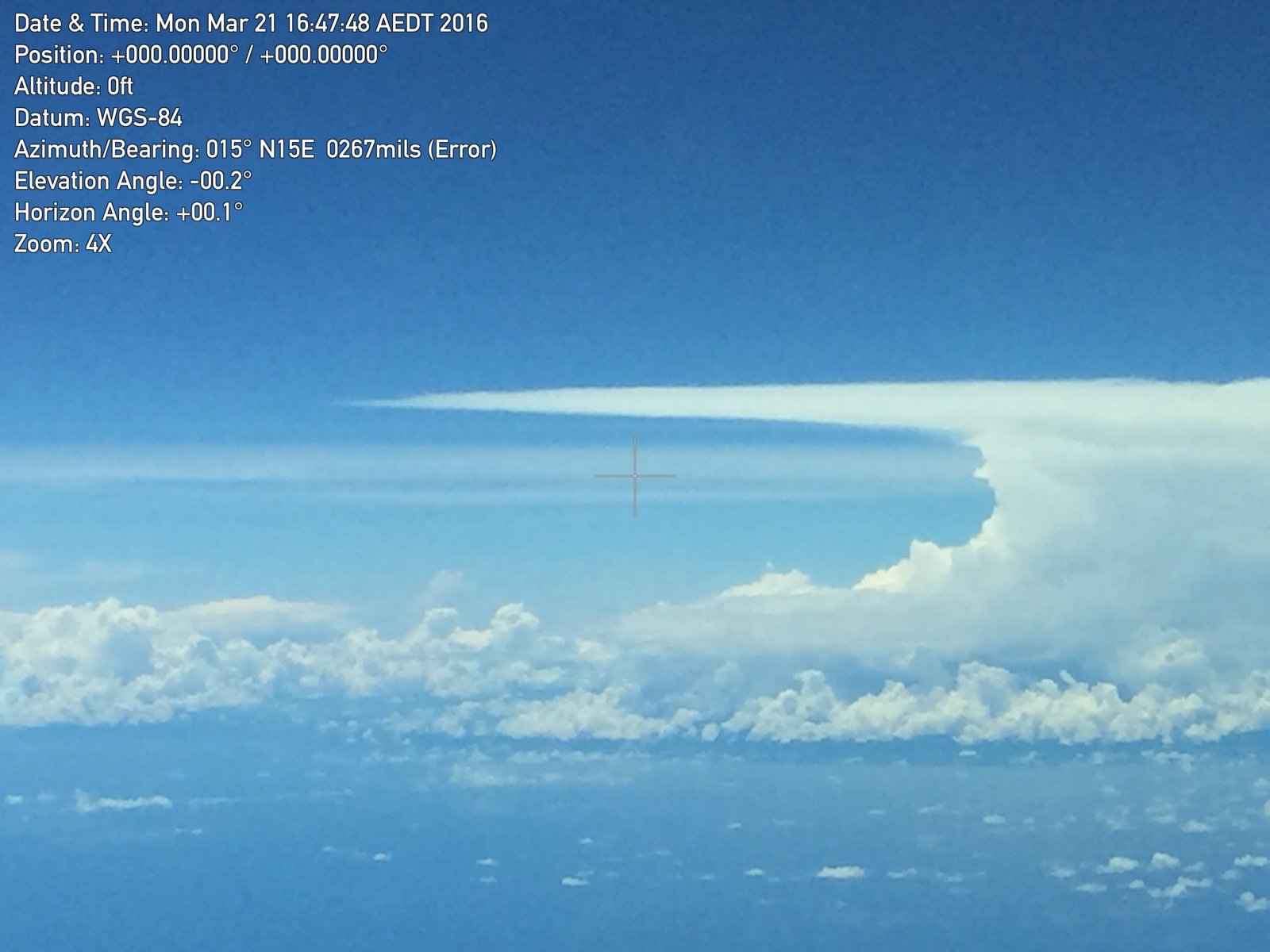 Note that the datum is now below the cloud. Nothing has changed except the distance to the cloud.

Six minutes later the final series is shot. The aircraft has moved 54 SM closer to the cloud. 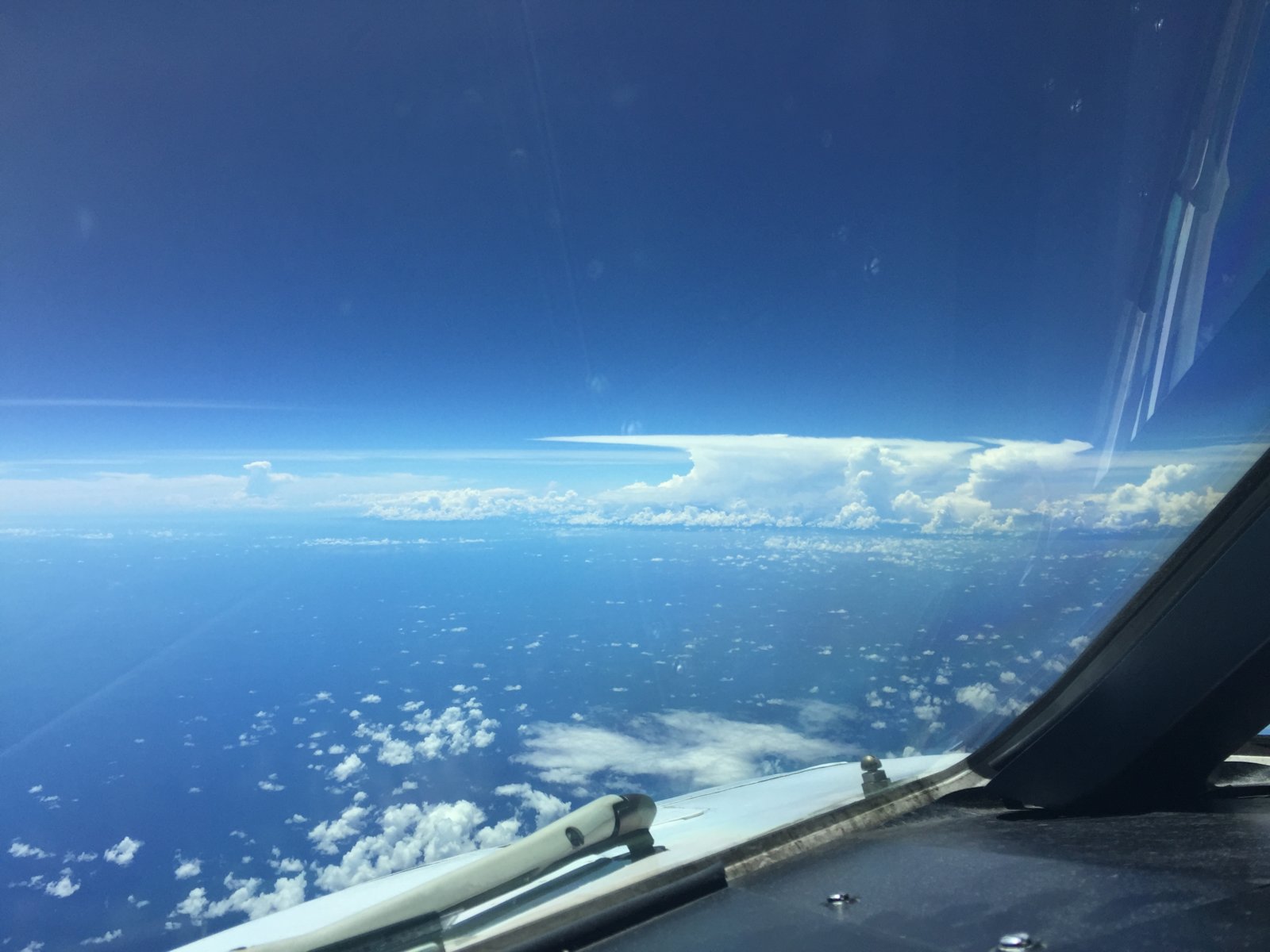 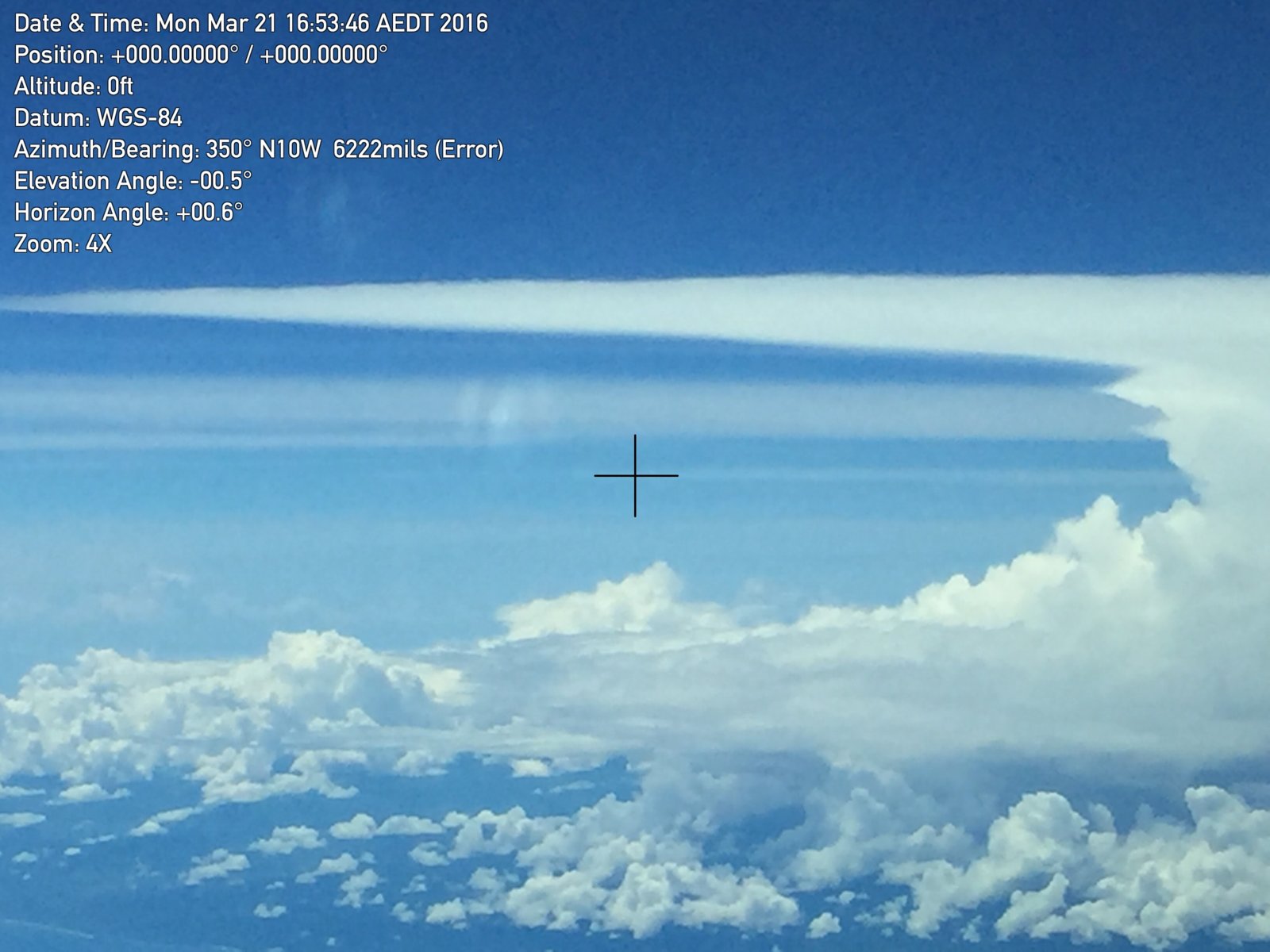 The aircraft was maintaining a constant ground-speed of 470 Knots (541 mph) (987 Km/hr) during the sequence. 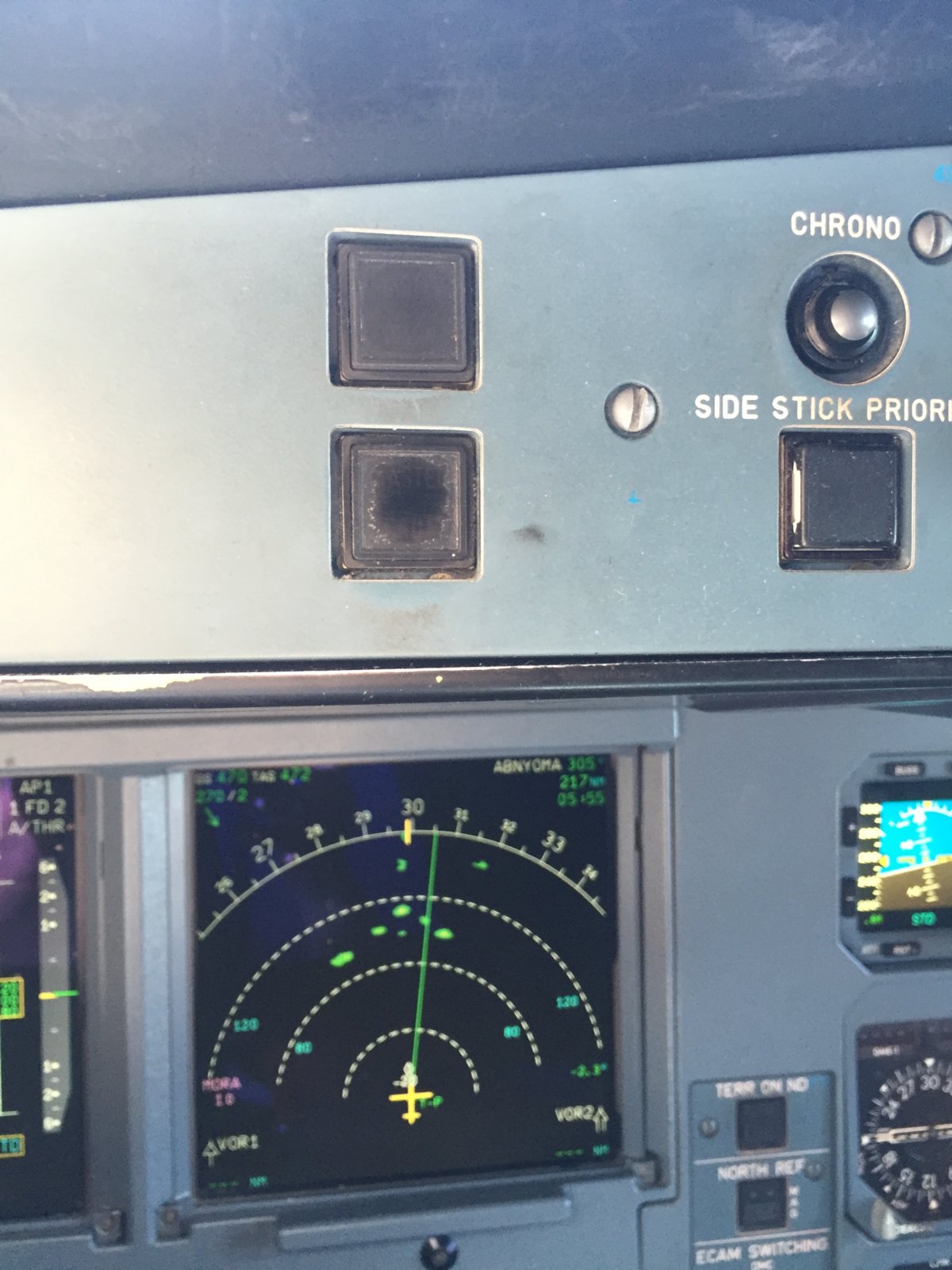 The cloud eventually passed beside the aircraft. The anvil was conservatively estimated at around the tropopause of 50,000 feet. 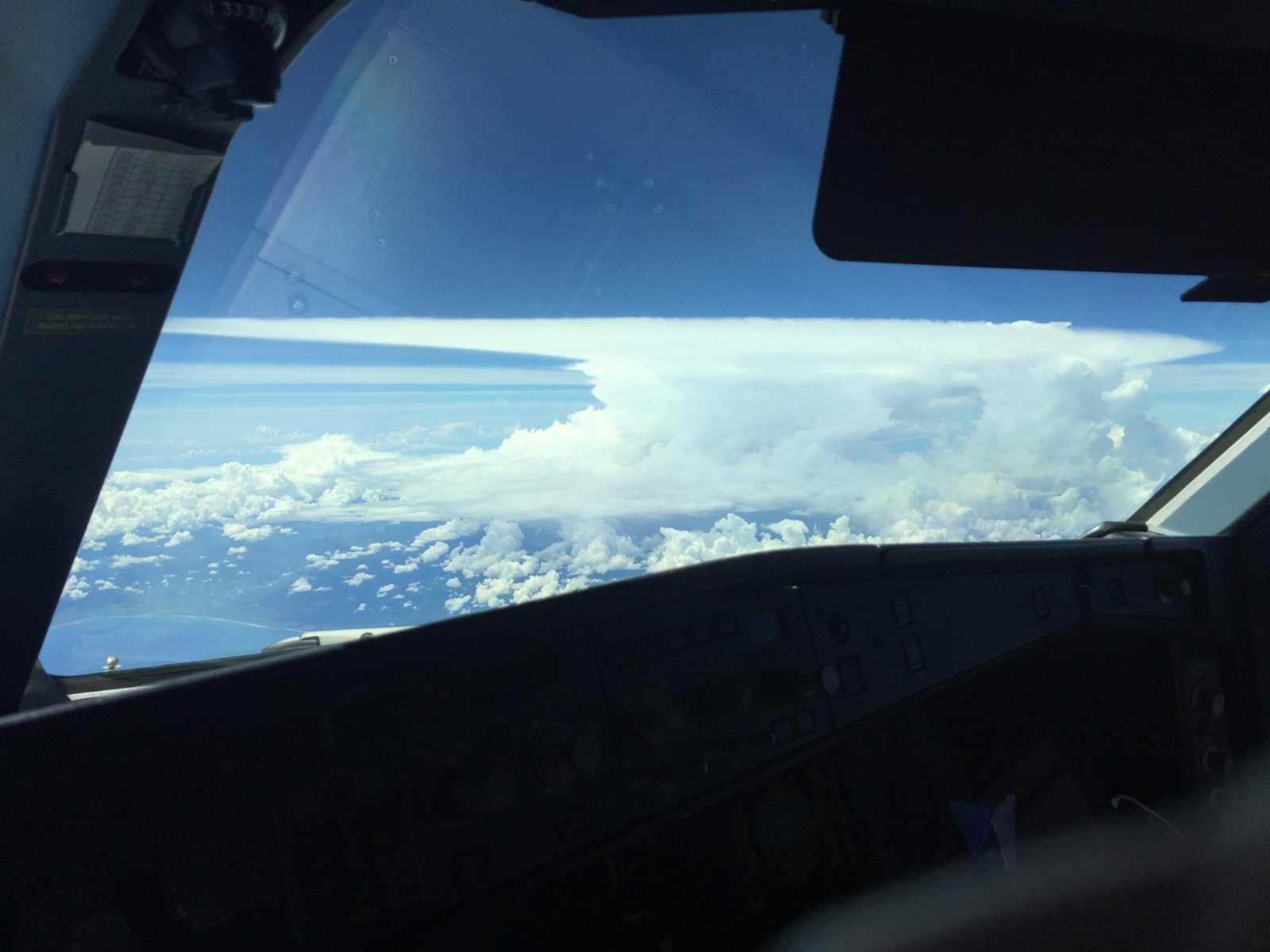 This phenomenon can only occur if the horizon slopes away from the observer. This countervails the flat Earth theory. - Debunked
Last edited: Mar 31, 2016

I really love this. The pictures, the reasoning, and the theodolite app; I'm going to install it one my phone too.