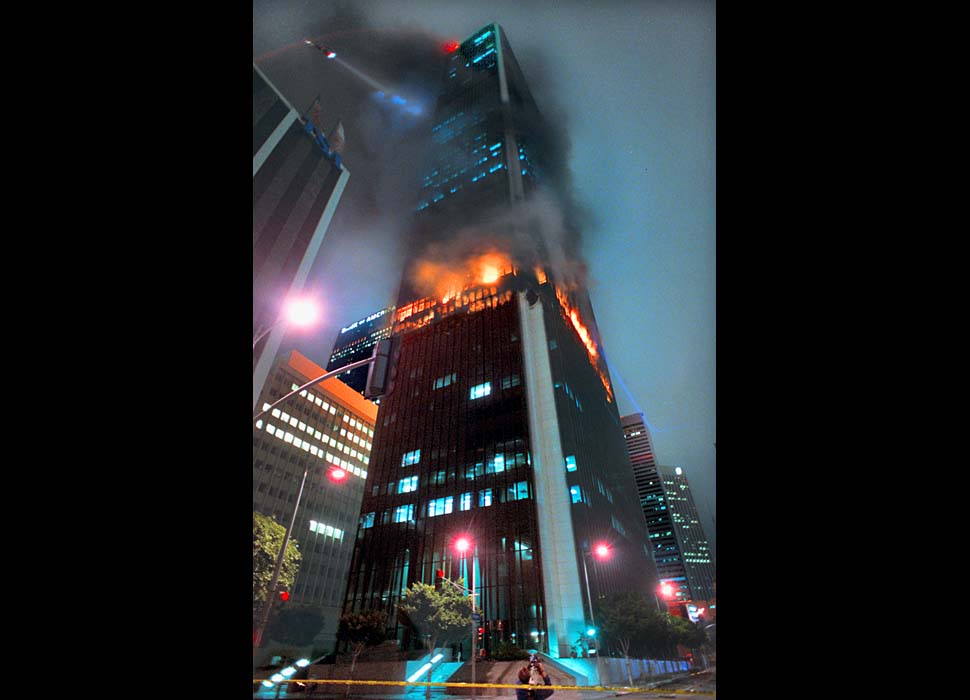 The First Interstate Bank building, later rename 707 Wilshire, and now called the Aon Center, is often brought up as an example building that burned a lot and did not collapse.


There's a number of objections to this comparison - the building had unusually good fireproofing, the progress was eventually stopped by sprinklers, and it actually came very close to collapsing. But I want to figure out if it's even structurally comparable.

I've only been able to find this as a floor plan:
http://www.lafire.com/famous_fires/1988-0504_1stInterstateFire/ExSummary/LAFD-ExecutiveSummary.htm

From which, it seem, someone made a small schematic.
http://www.mace.manchester.ac.uk/pr...istoricFires/BuildingFires/interstateBank.htm 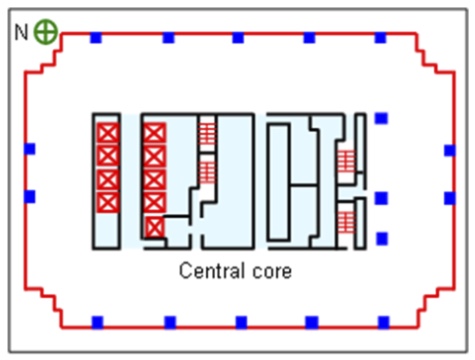 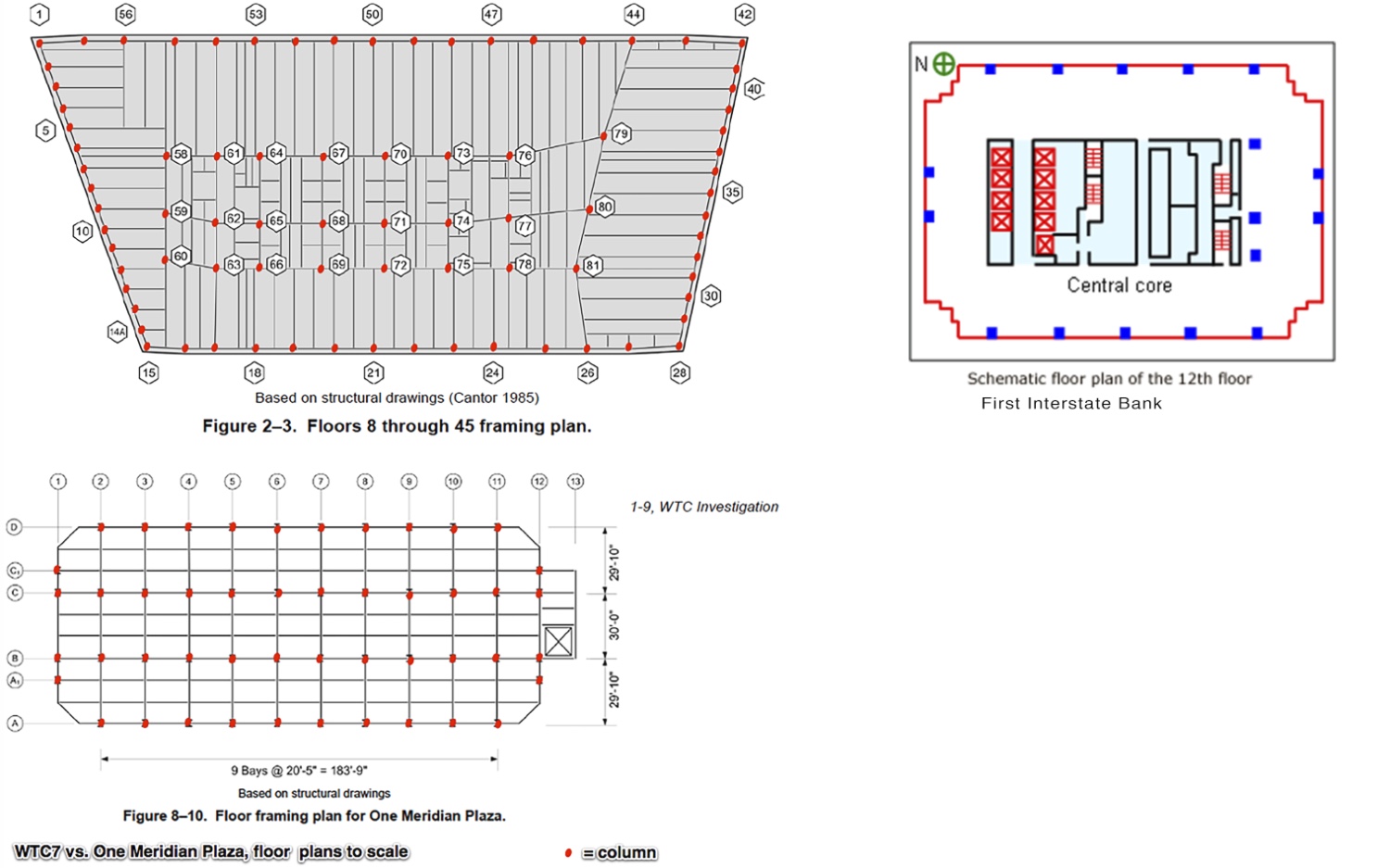 It's a bit odd though, as it seems to show only three core columns off to one side, and rather oddly spaced columns at the short ends.


Here's it's described as a "braced core" 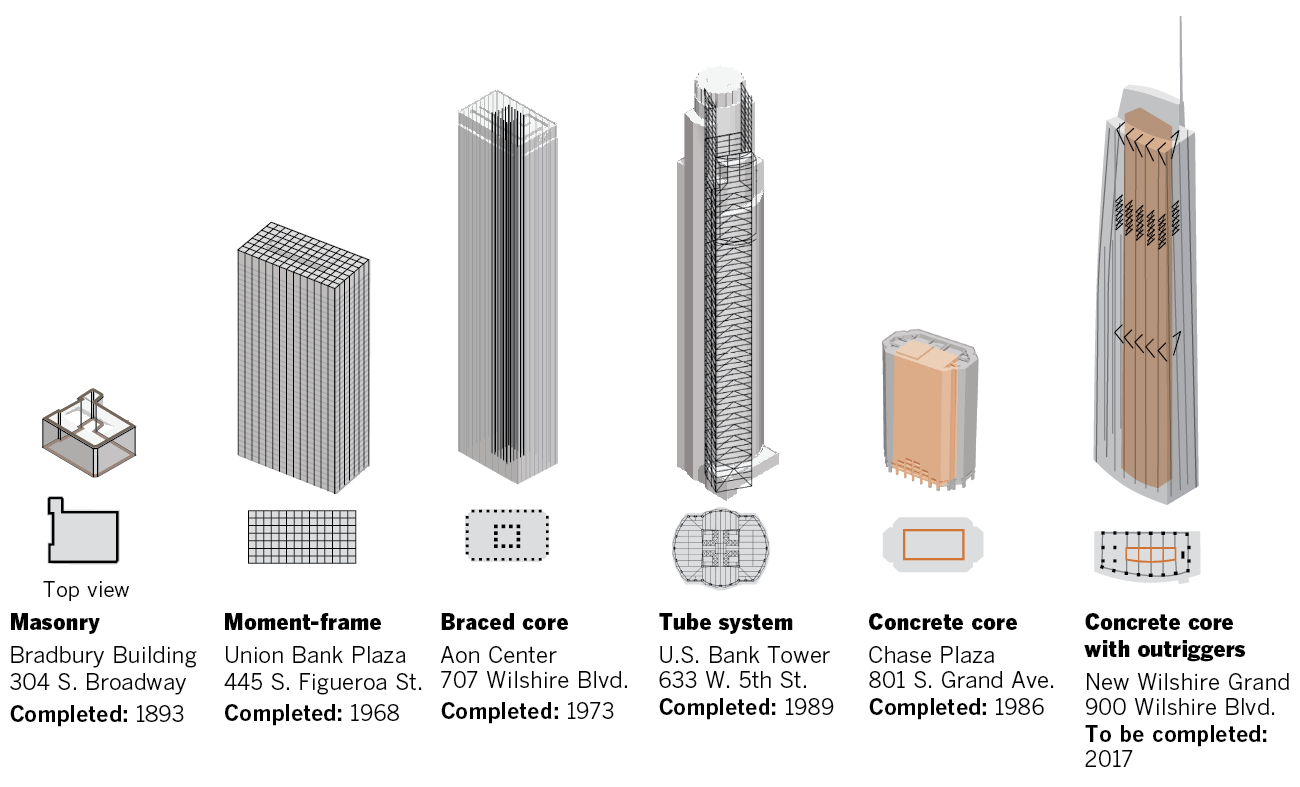 So what was the structural part of the central core? Was it just Reinforced Concrete walls? Were there more columns? Are the above diagrams accurate?

Construction photos would be ideal, but this is all I can find: 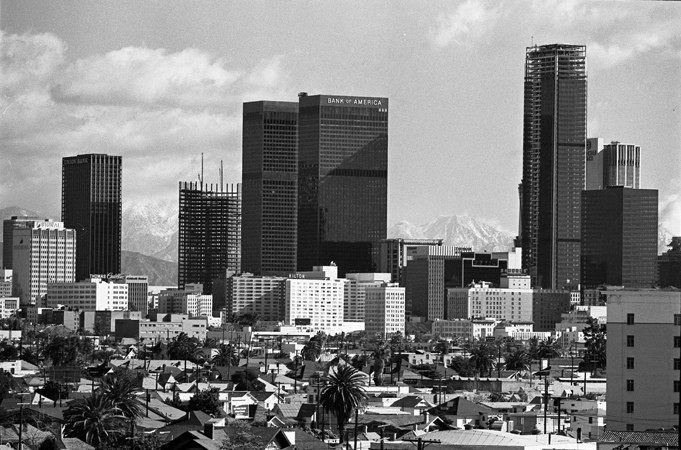 I also mentioned the First Interstate fire as a comparison to the Plasco fire, HERE....

I had a view of the LA fire from my loft/warehouse window. I was about 2 miles away, living in the Downtown area.

Here is an excerpt from the "famous fires" link Mick posted above.....and it mentions they were indeed worried about structural collapse, and they attributed the well applied (and intact) coating on the structural steel members......unlike the 911 towers, where that fire insulation was blown off from impact.

Staff member
Found some slightly better quality images in the FEMA Technical Report (attached). They show some damage to steel. It's not clear what fire protection (if any) was on these exterior column. 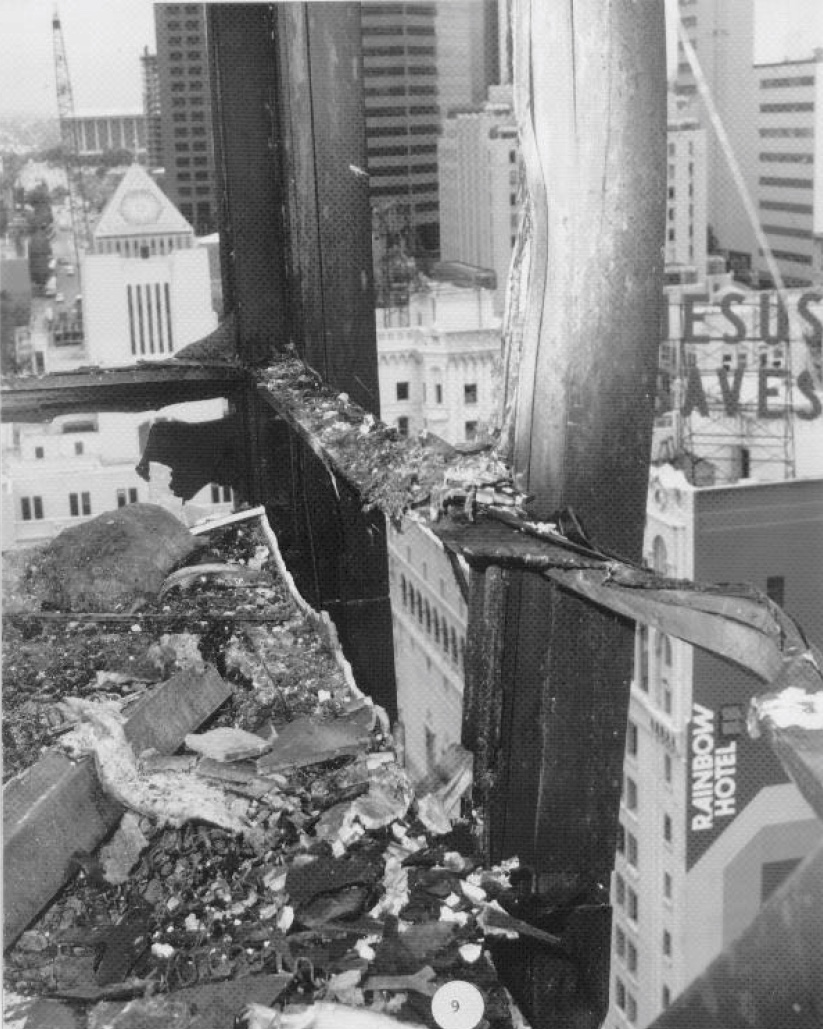 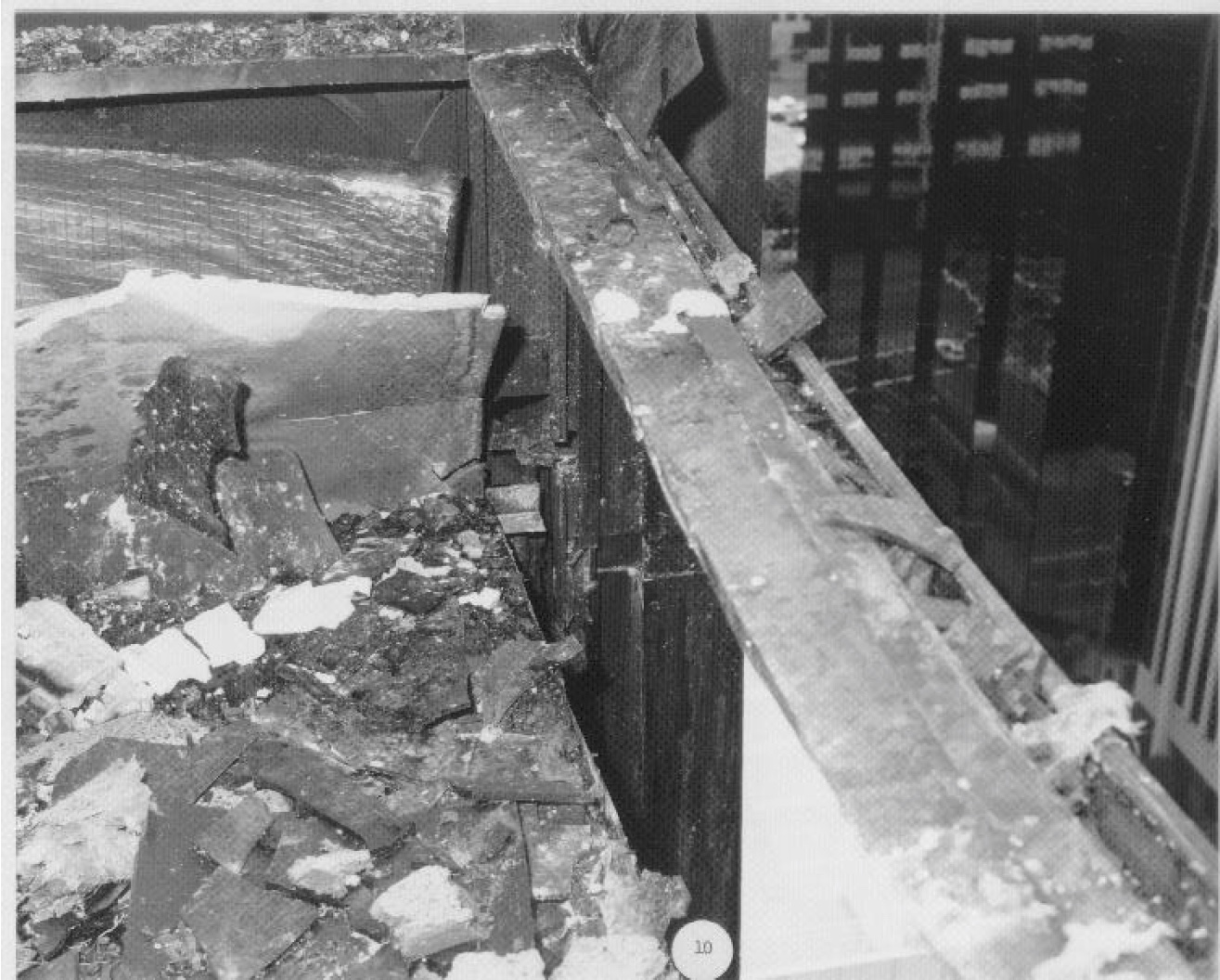 Only this hand drawn plan though. 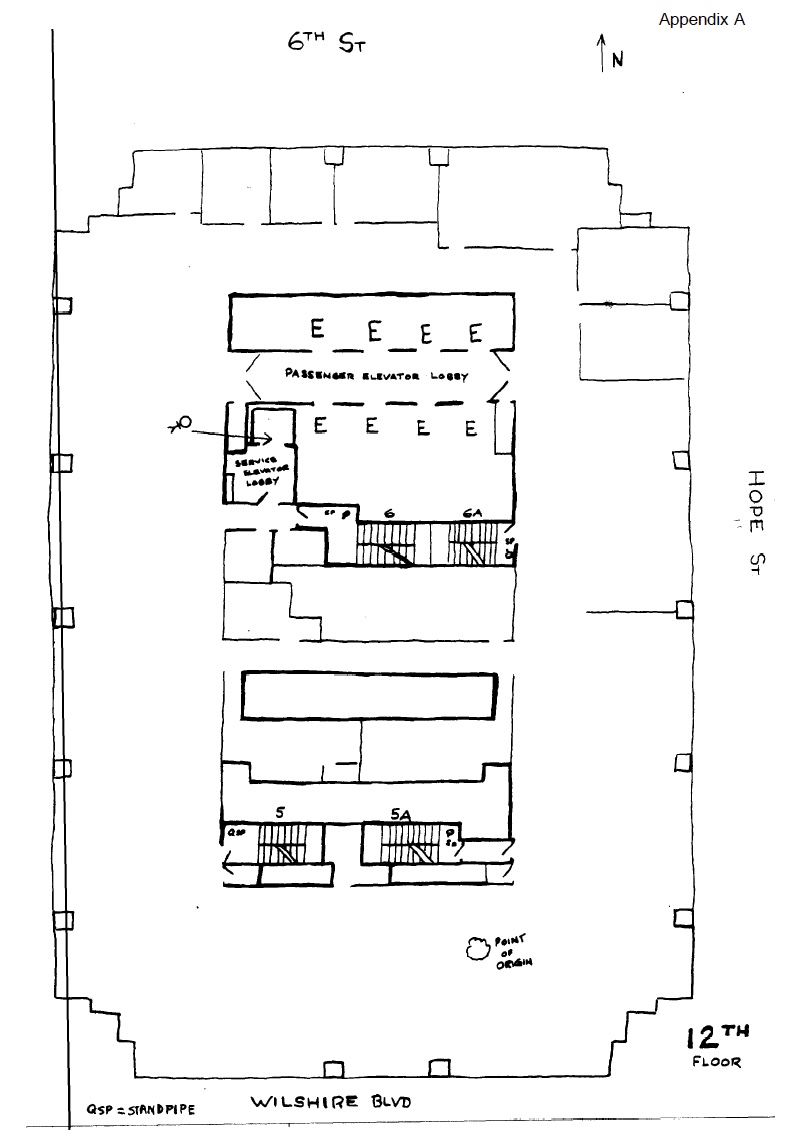 
Possibly showing some concrete core at 5:30 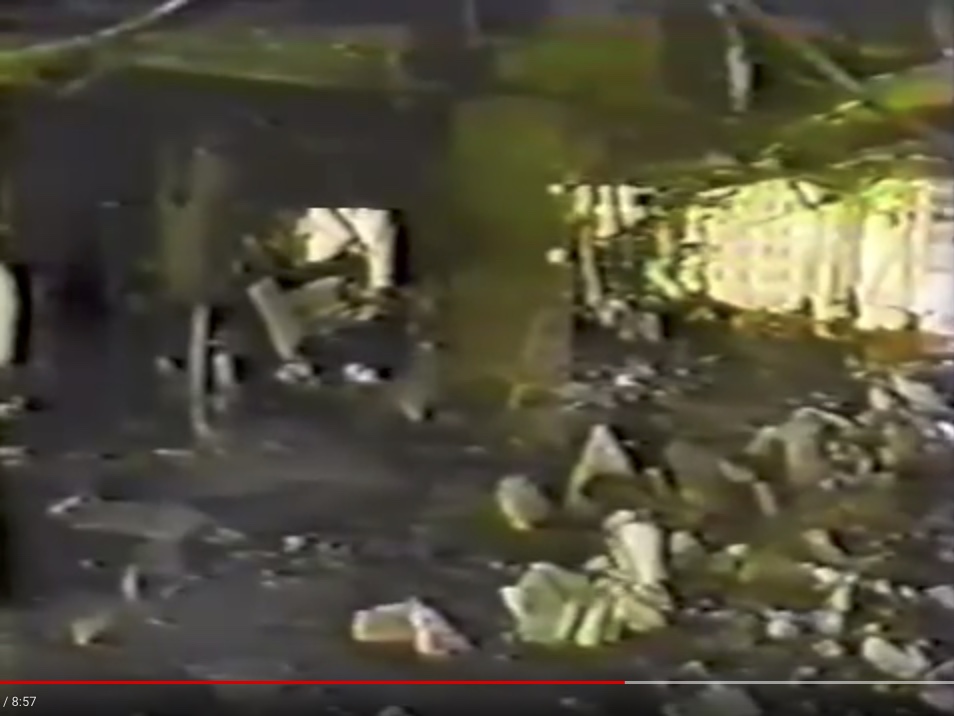 Staff member
And part 2 has another schematic similar to the others at 0:10
Source: https://www.youtube.com/watch?v=jsmQTOwwRG0 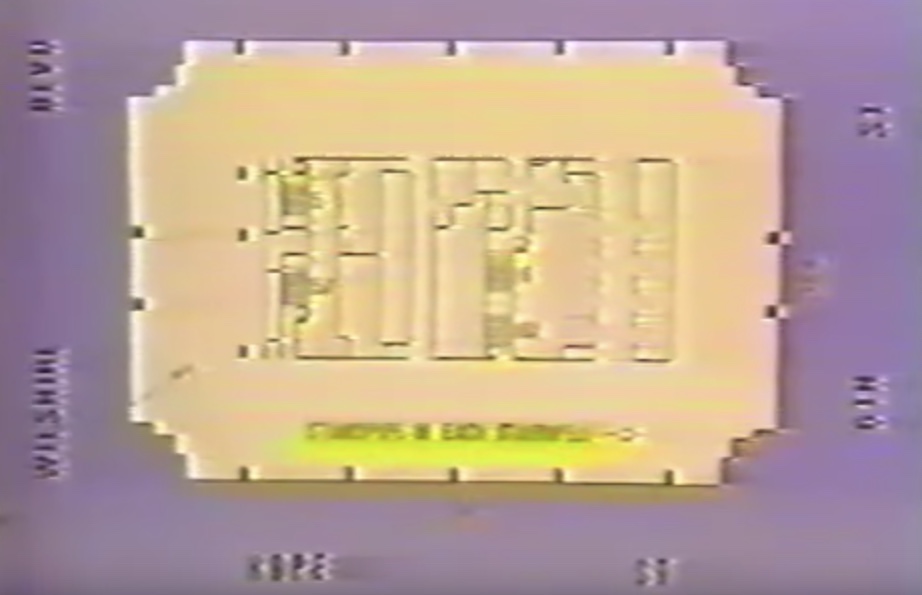 After shots - there must be better shots of this. 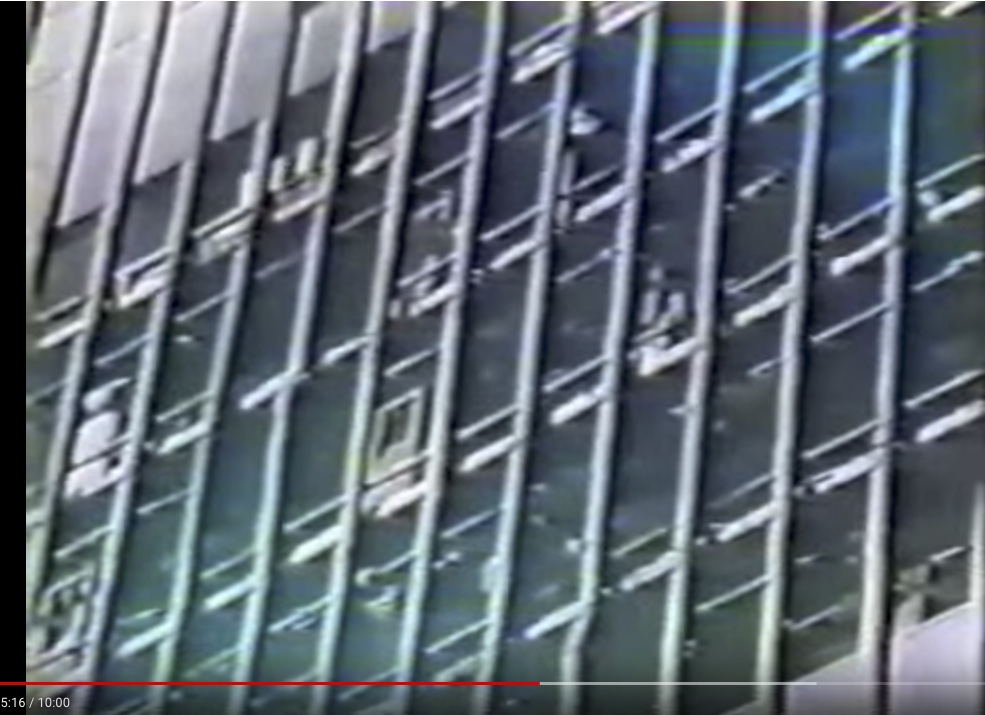 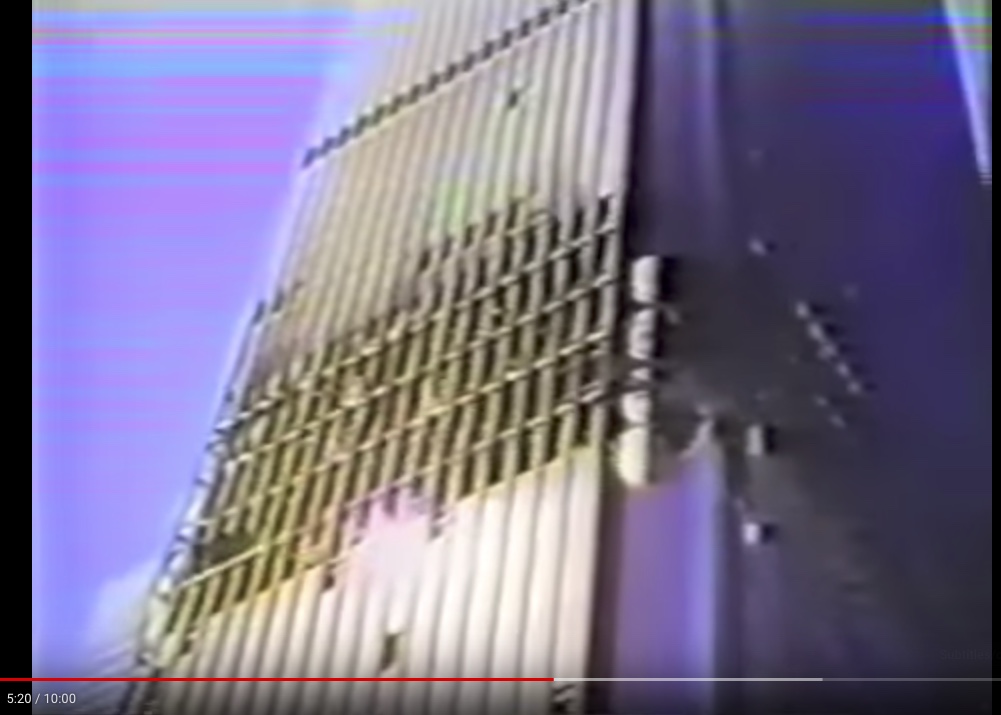 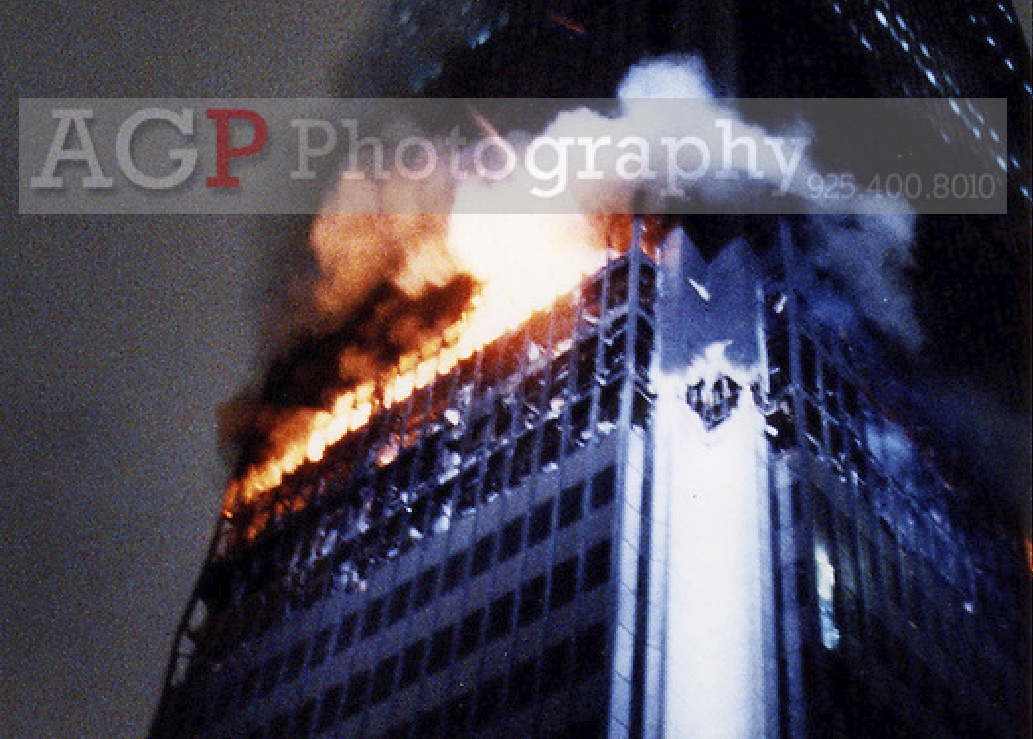 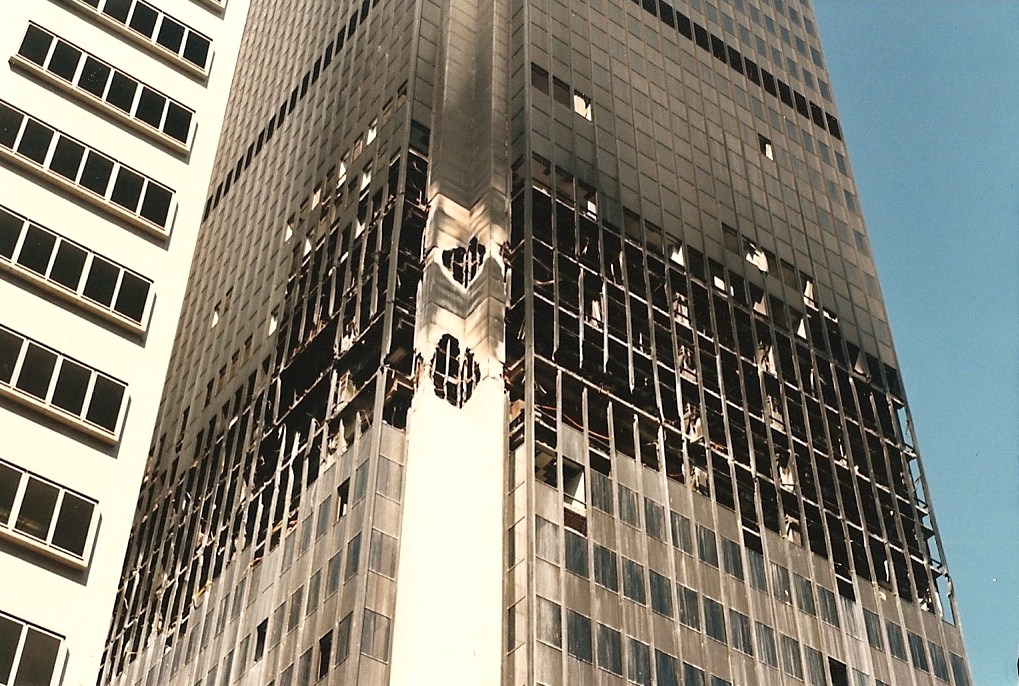 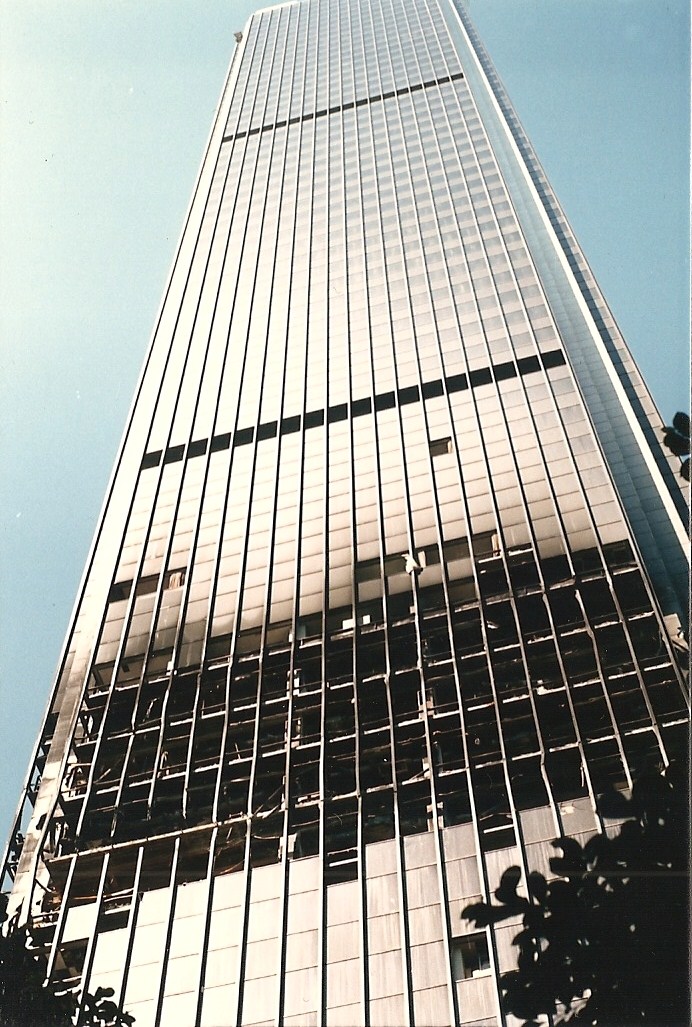 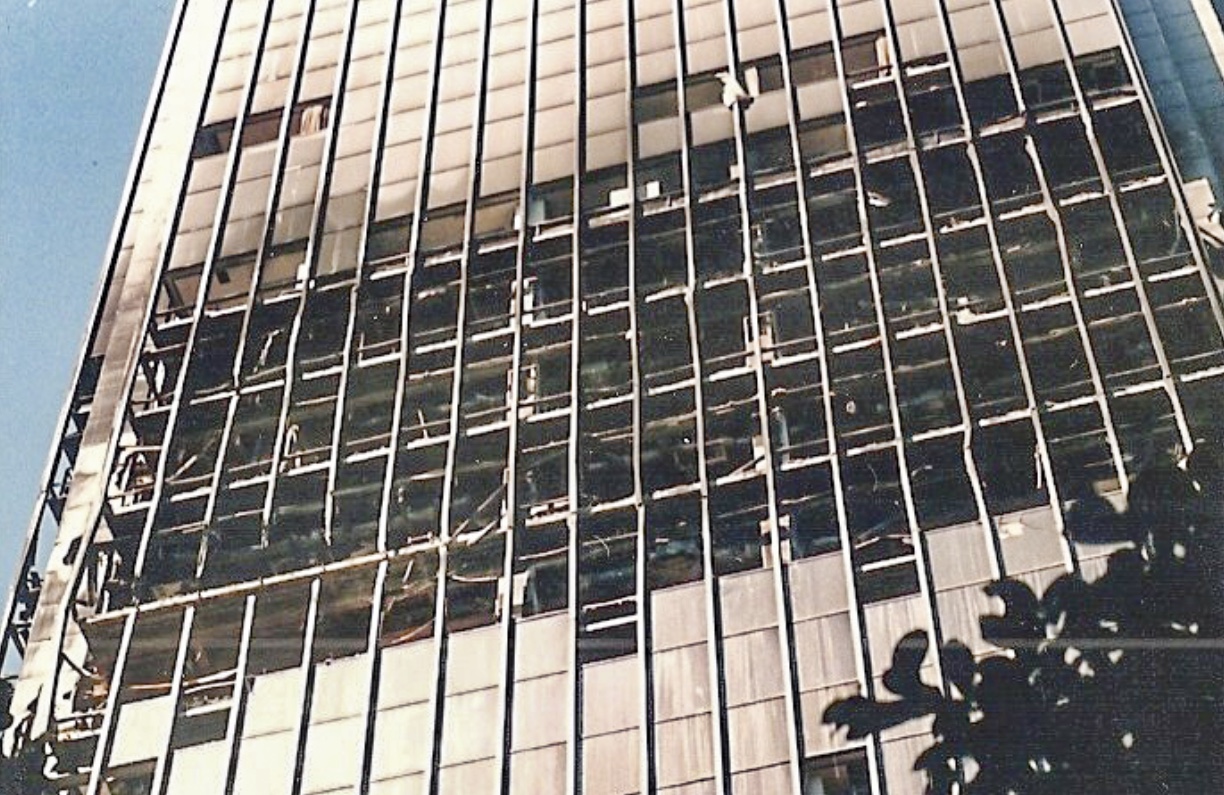 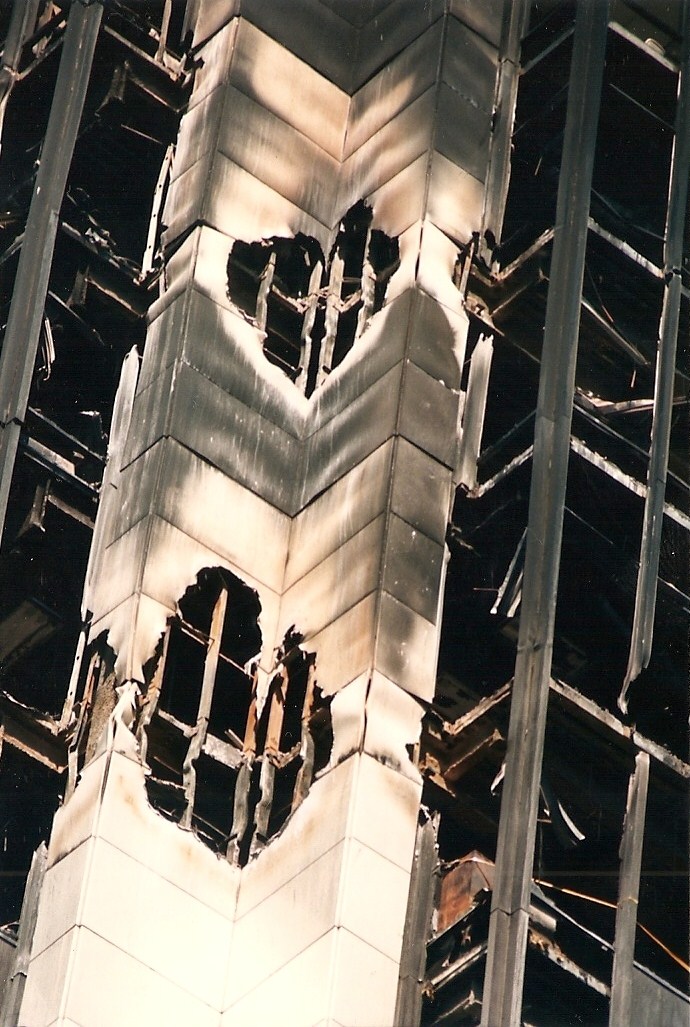 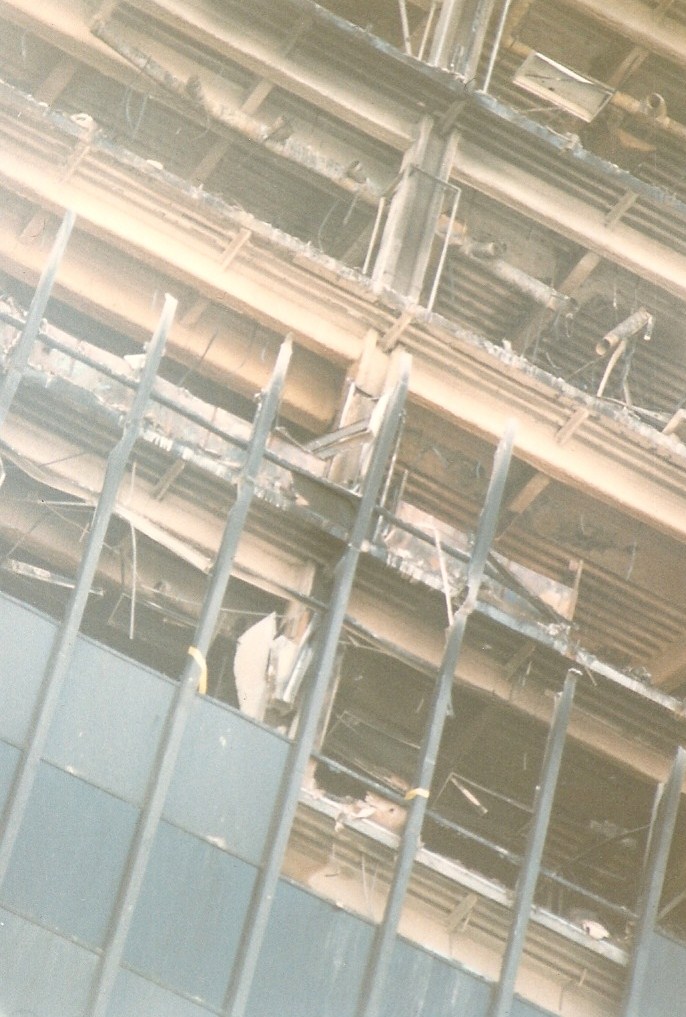 Enhanced detail on that last one: 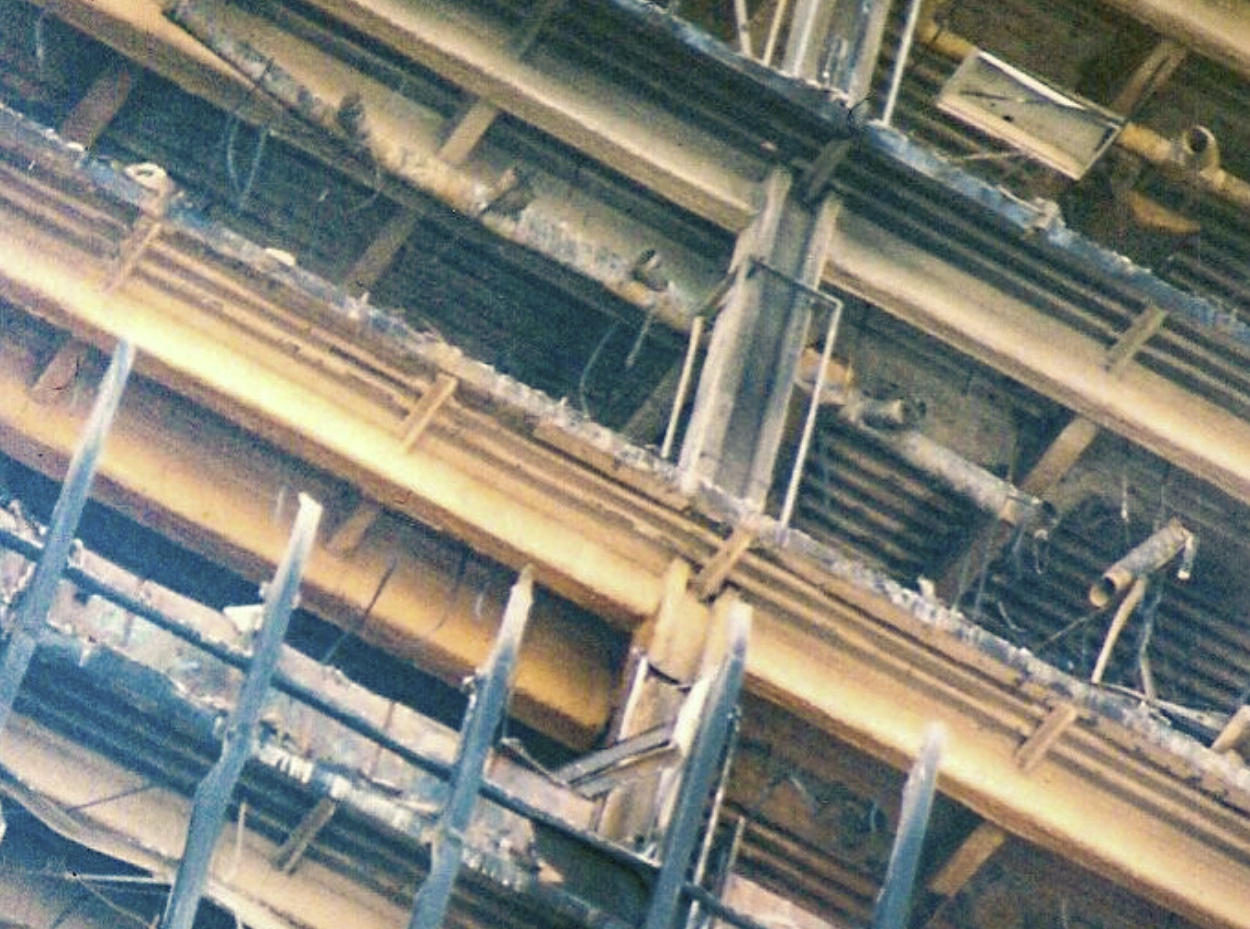