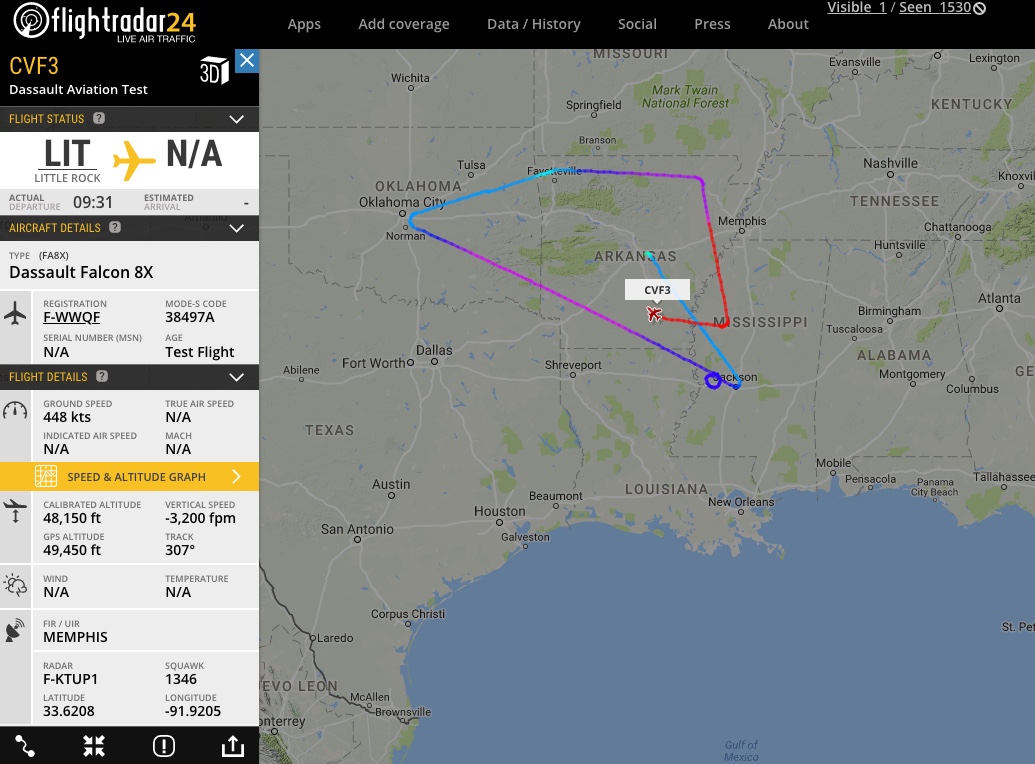 Interesting paint job - this was Nov 2015, and the NBAA Business Aviation Convention in Las Vegas 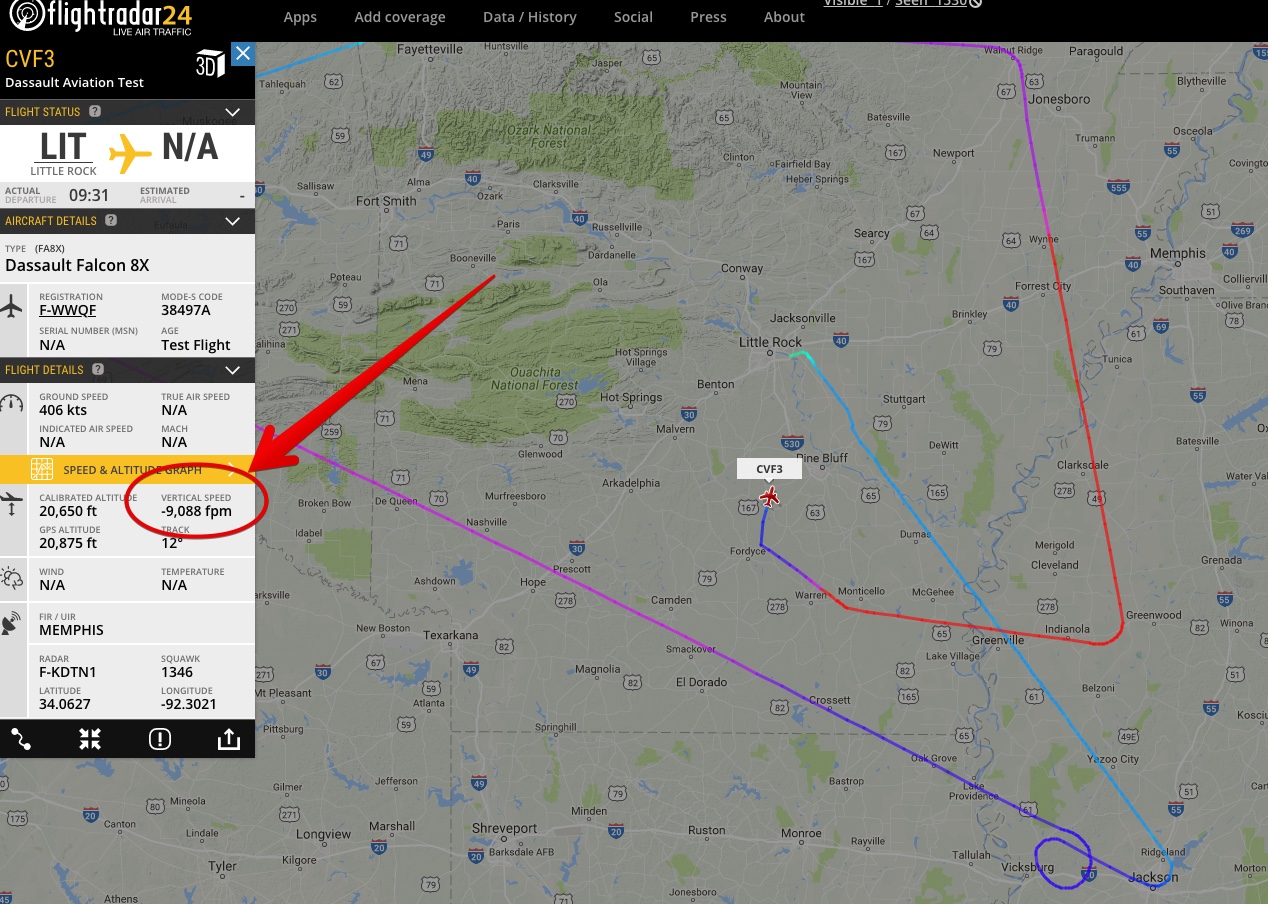 Staff member
Interesting, it's one of the first three Flacon 8X's in the country (and #6 in the world), being fitted out in Little Rock. Presumably this is just a regular test flight putting it though its paces, and testing its response at ceiling and max climb descent speed.


Aircraft number 6 / F-WWQF derparted Bordeaux on Friday and spent Saturday at the company’s US completion centre. It then flew onto Las Vegas Henderson Executive Airport, where it will join Dassault’s other aircraft in the static display.

Following completion of the show the aircraft will fly back to Little Rock for interior outfitting.

It will join two earlier aircraft that have been at the company’s US completion centre for several months.

Dassault say that the first customer Falcon 8X, aircraft number four, will be delivered to its customer in 2016. 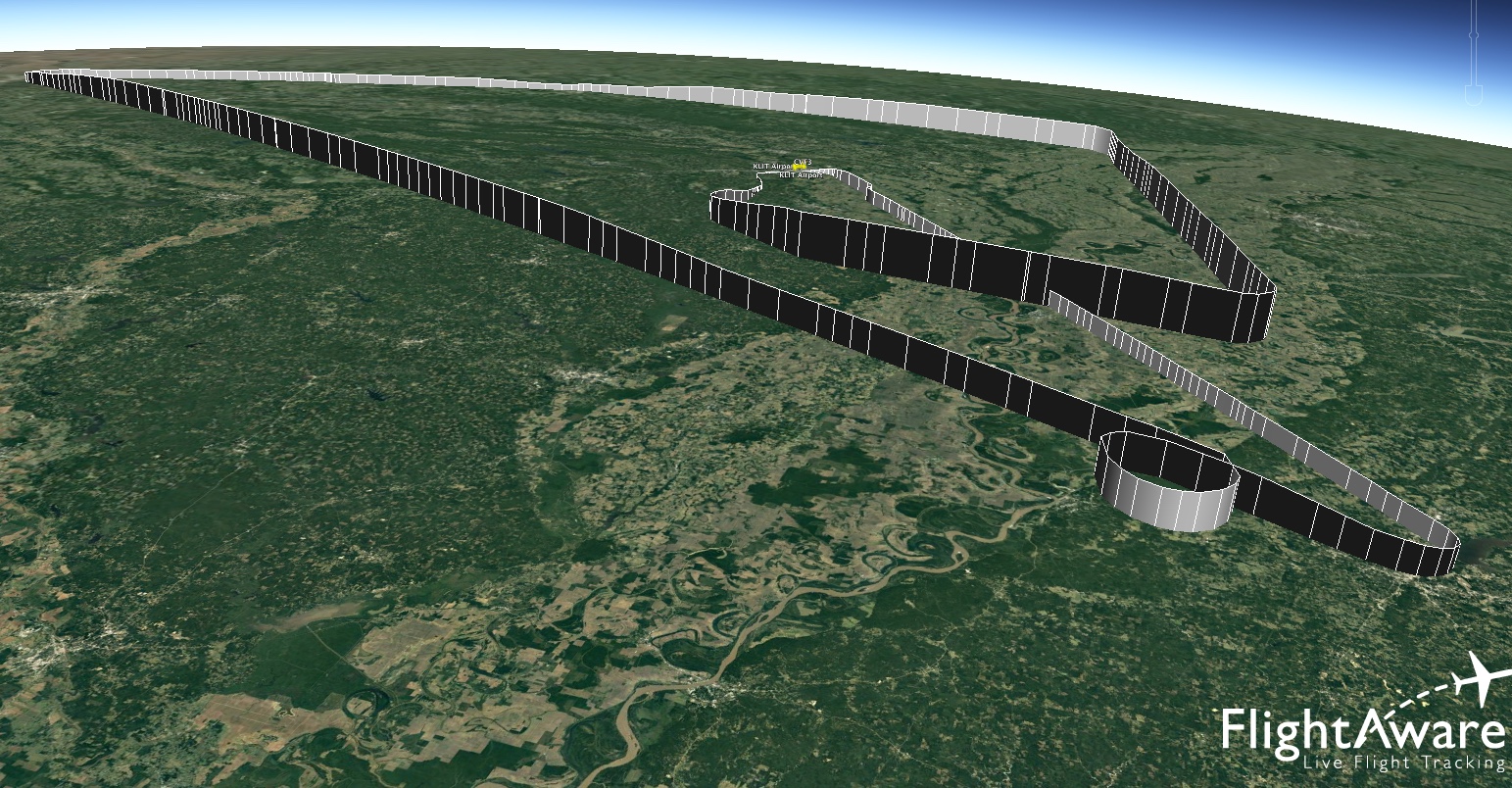 I think it is a normal thing that new planes are tested within their limits. I've just (11:08 UTC) noticed on FR24 this new A380 reaching FL430 on a test flight. 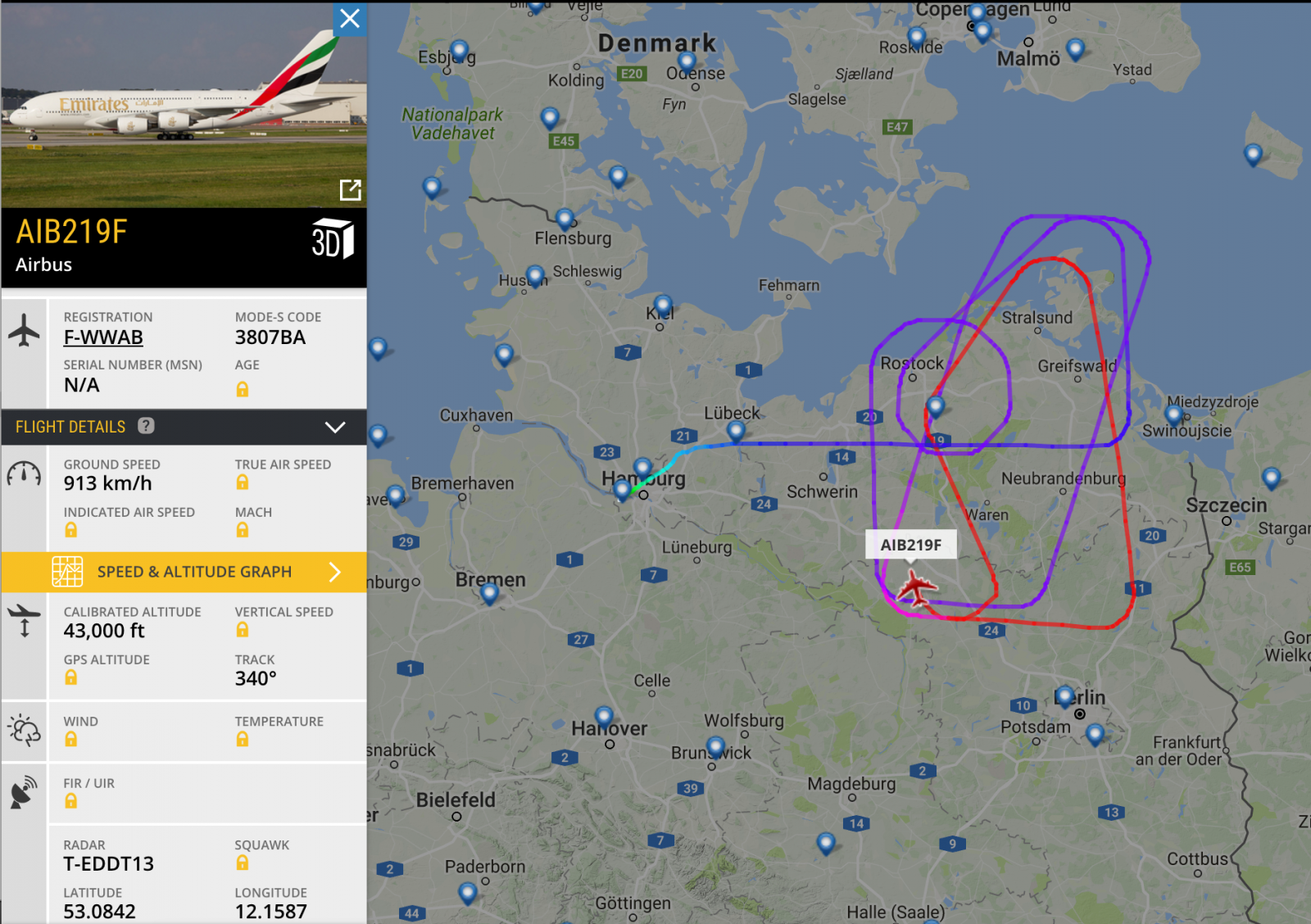 I use a free version, which does not display GPS altitude
You must log in or register to reply here.