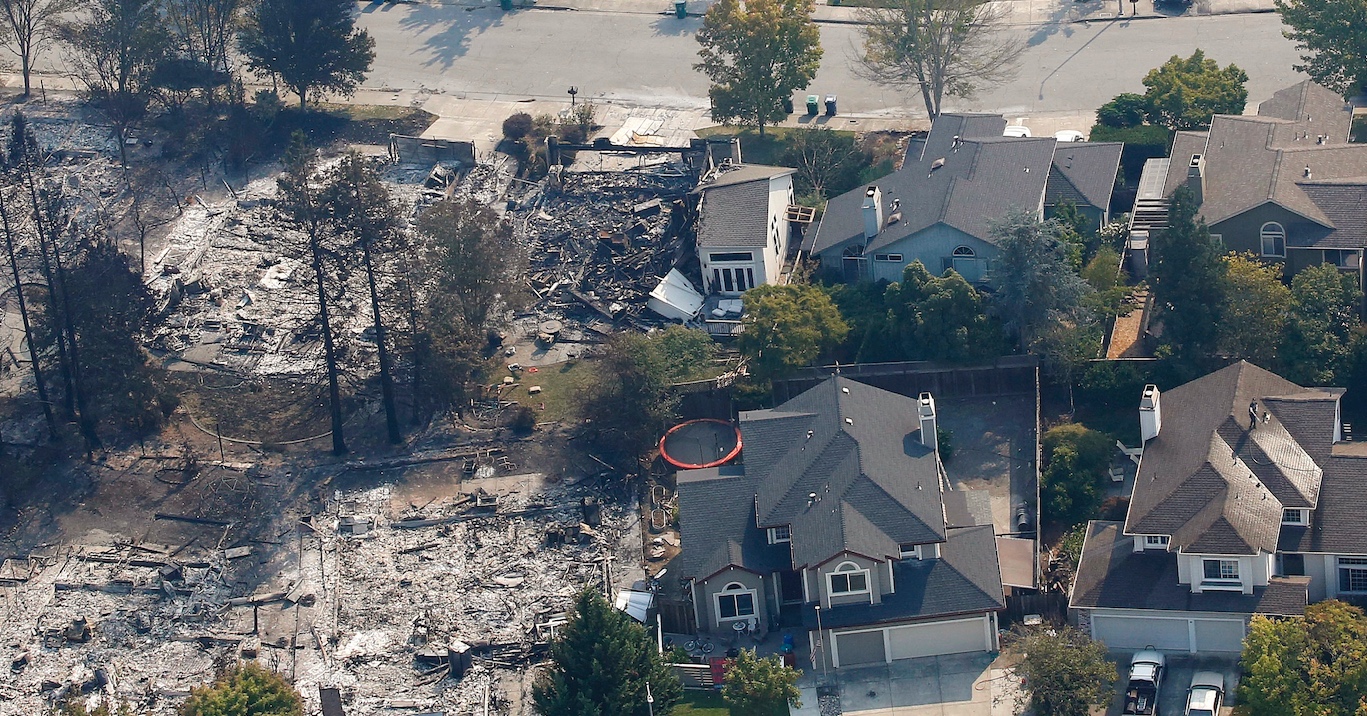 With the recent interest in the Camp Fire, the above image is being recycled as "evidence" that fires in California were aided by energy beams from space. The house upper middle is described as being "cut in half". A video by flat earther "aplanetruth.info" has nearly half a million views:
Source: https://www.youtube.com/watch?v=rEqaeNWkSDg [Video removed] 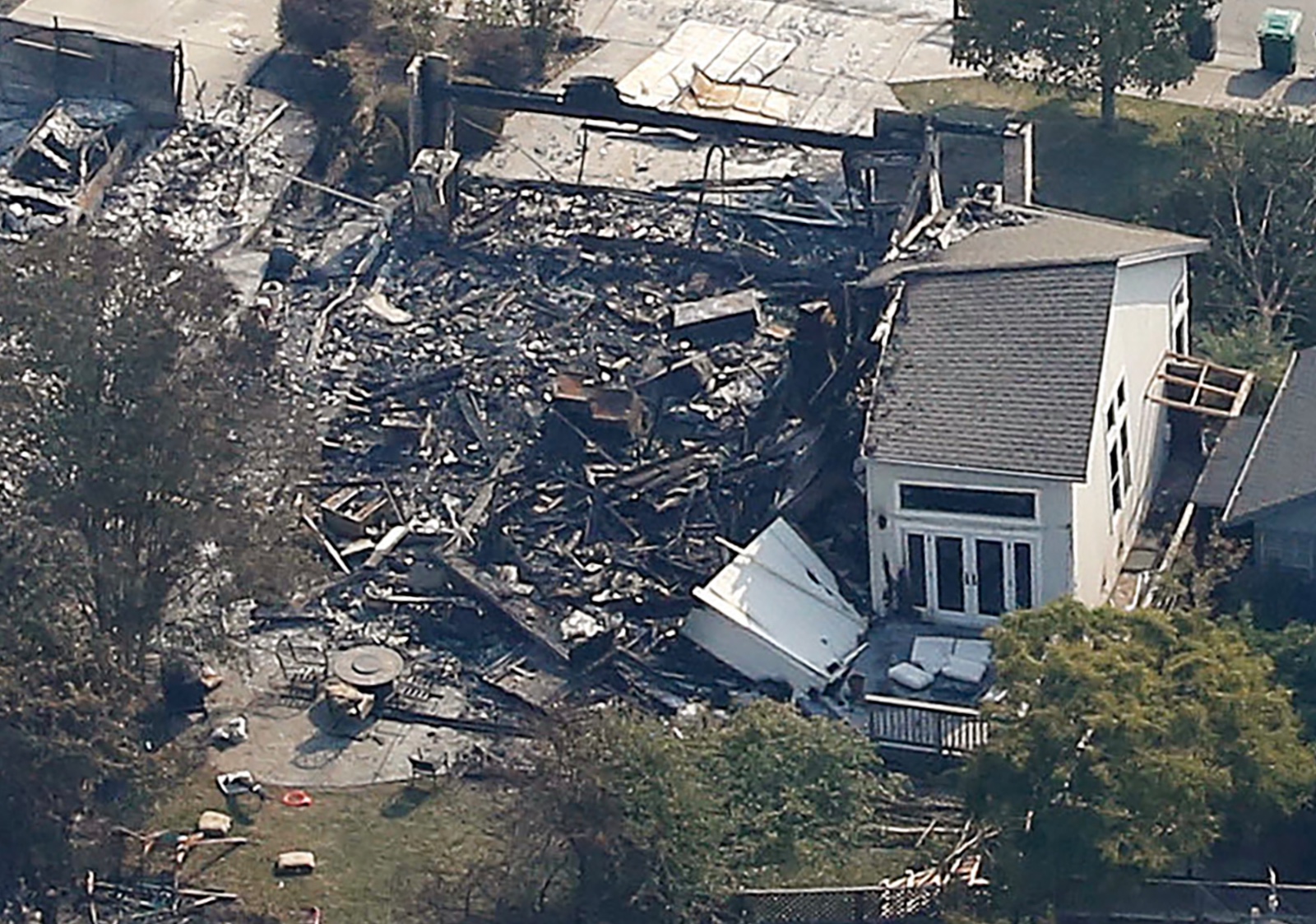 If we use Google Earth to do a before and after, we can see that what remains is only a small part of a larger house. The roof is a bit lower than the main structure. 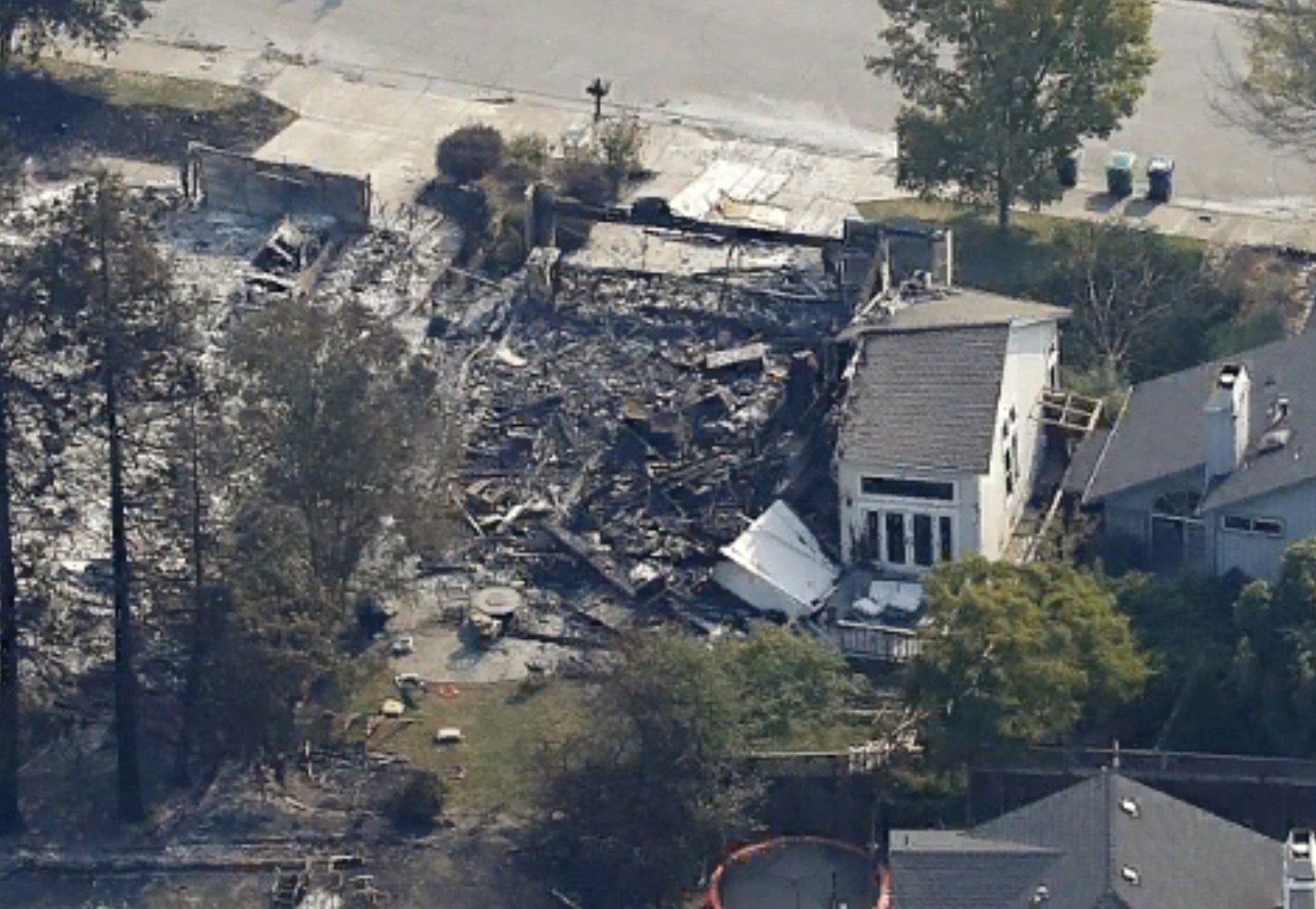 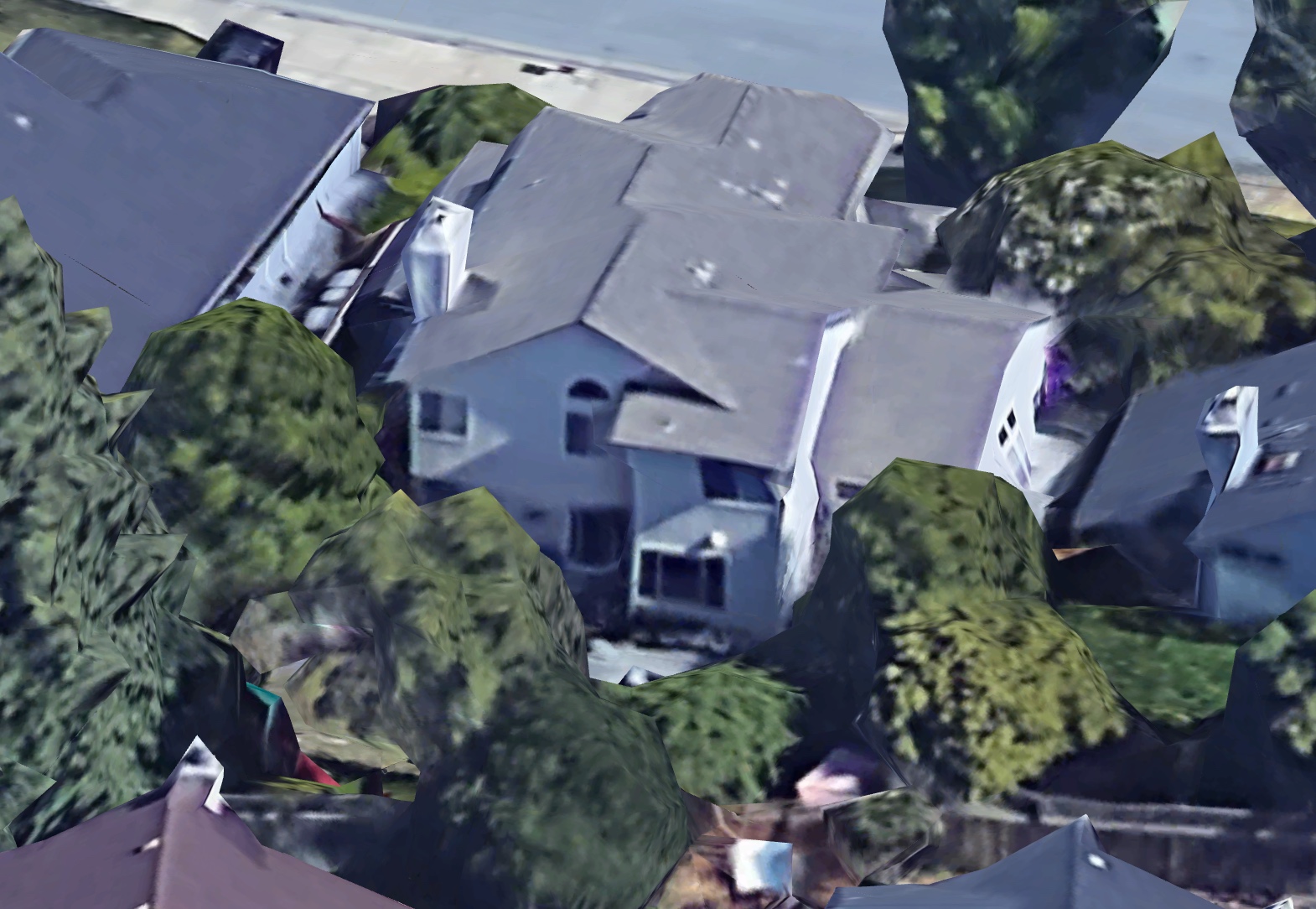 If we take a wider view, we can get an idea of what happened: 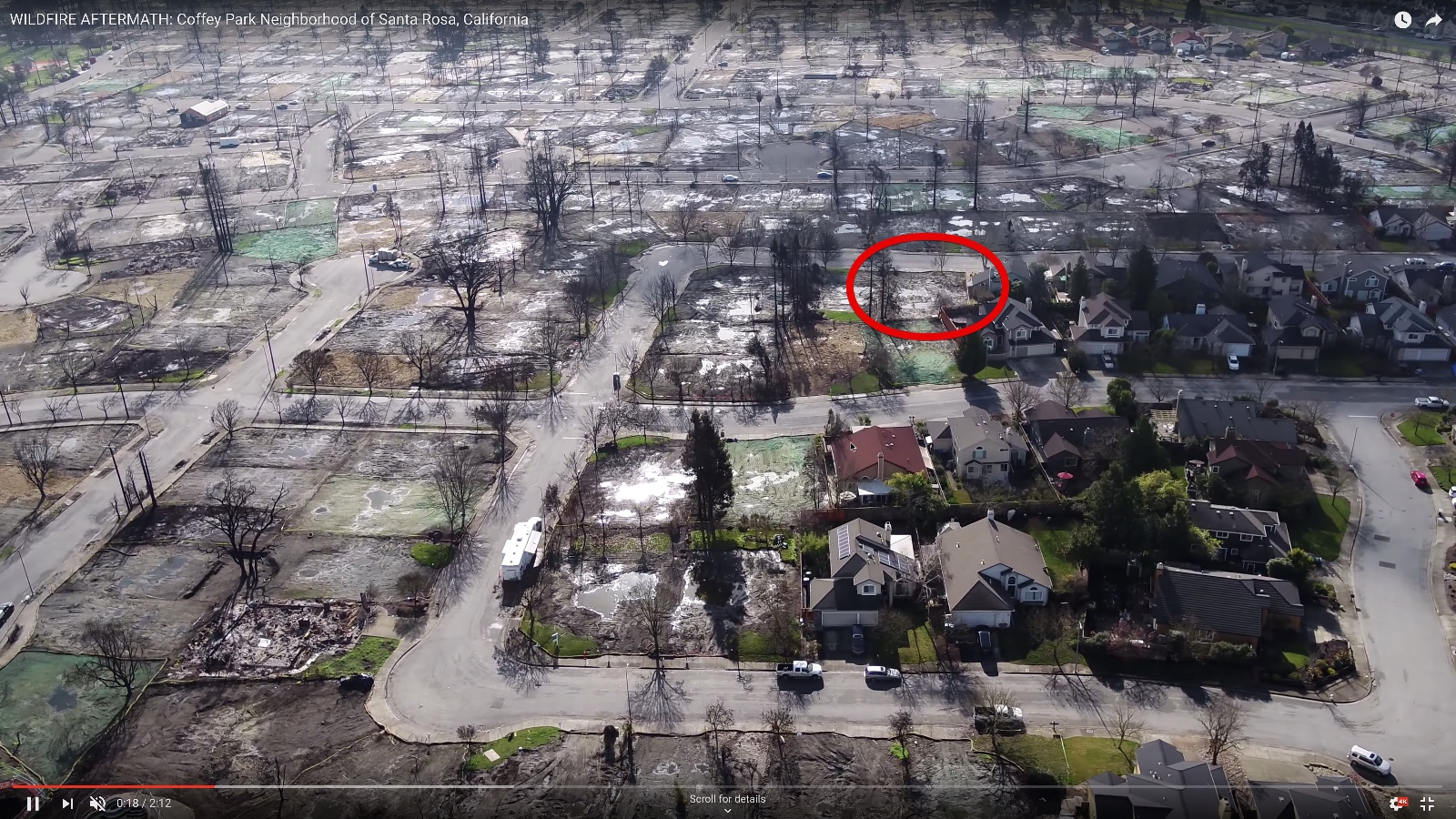 The "half house" lot is on the edge of the fire region, this is looking South. What we are seeing here is the line where the firefighters stopped the advance of the fire. Here's an even wider view (still looking south) 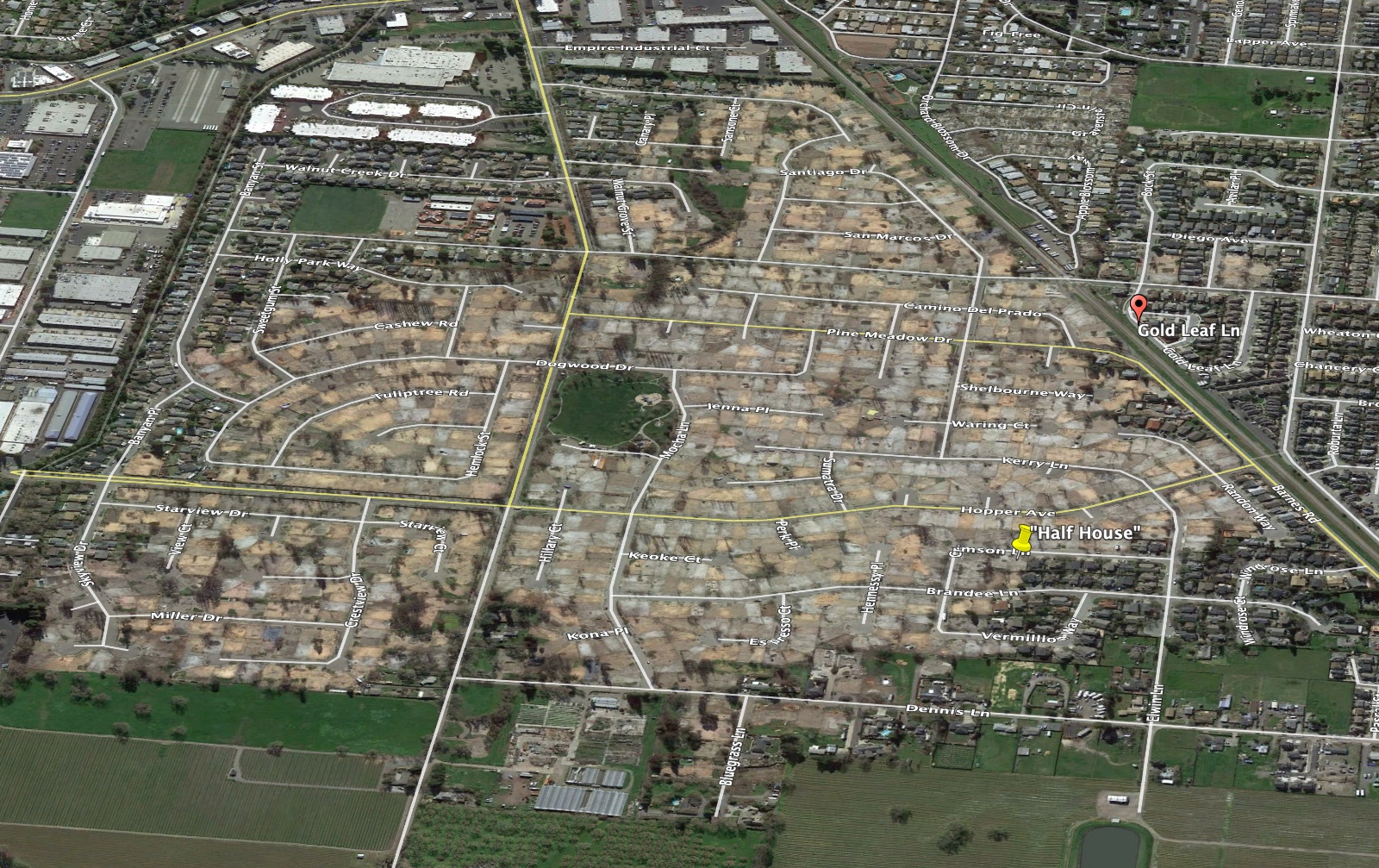 As you can see the lot is just on the edge of the burnt area.

So what happened? Firefighters sprayed that bit of the house with water to stop it spreading to the next house. This was at the leading edge of a very fast-moving fire. Any building already burning was going to keep burning, the best they could do was to try to stop the fire spreading.

The best way of understanding this is to watch this video by Kent Porter:
Source: https://www.youtube.com/watch?v=q2kk7RJdKjE


The video opens with the reasons the fires spread - high winds blowing flames and embers:

We then see a firefighter directing the firehose on the left side of a burning house. He's not trying to save the house from the fire, he's just trying to stop it spreading.

Later he switches to the other side of the house, to try to save the unburnt house on that side. 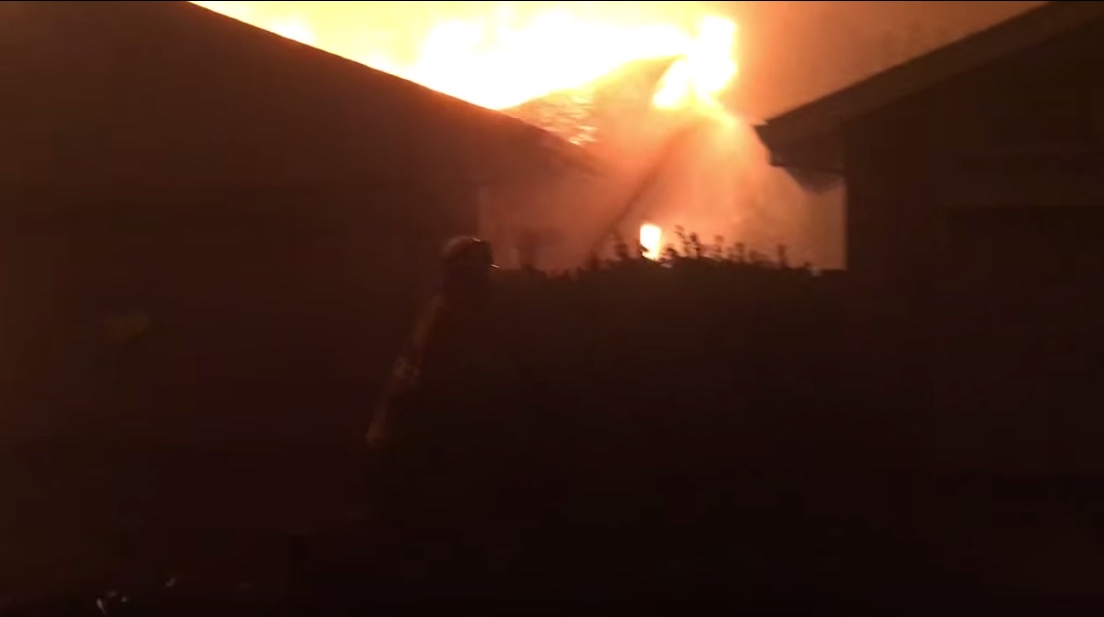 So in the case of the "half" house, all that happened was firefighters were hosing down that smaller side structure of the house. The main house burnt and collapsed, and they were able to douse the flames, stopping the forward progress of the fire. The "half" house just shows where they held the line.
Last edited: Sep 16, 2020
You must log in or register to reply here.