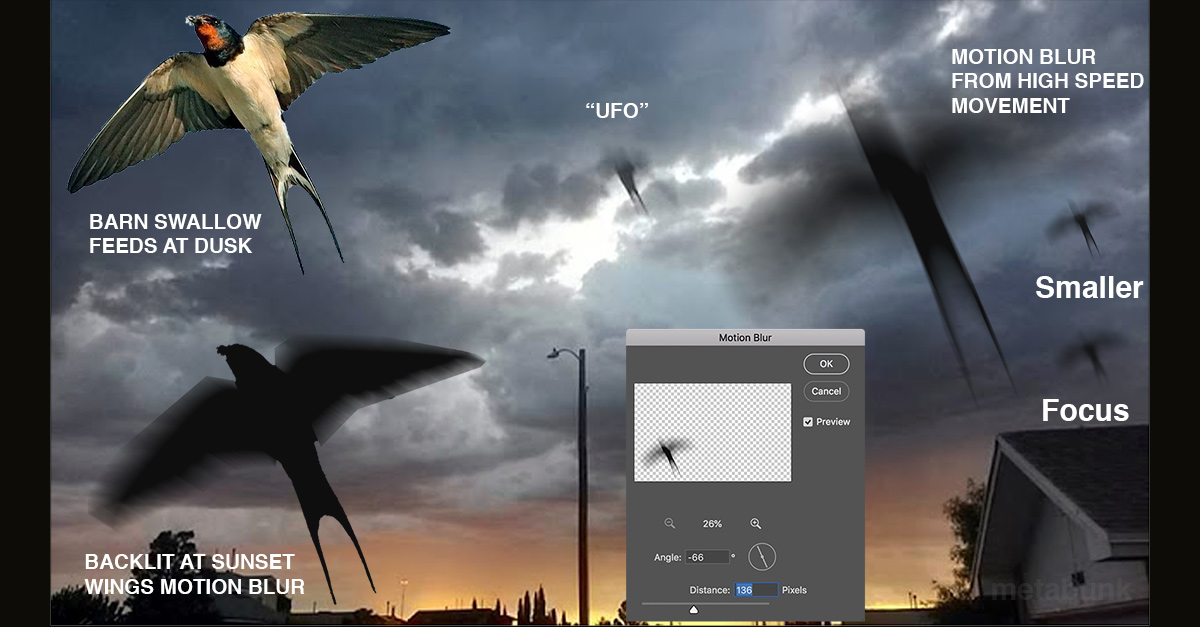 This photo of some dark streaks seeming to emerge from clouds is a popular addition to compilations of UFO "beams in the sky" or "interdimensional visitor". Here's an example usage I just saw on Facebook: 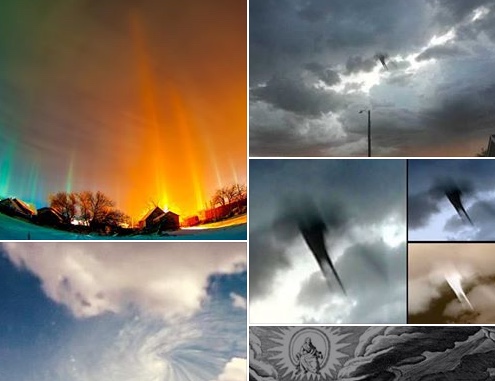 (The images on the left are light pillars - a real phenomenon caused by light reflecting off ice in the air, and a frame from a hoax video of a "portal".)

But the dark streak UFO is puzzling if you are unfamiliar with how motion blur works. 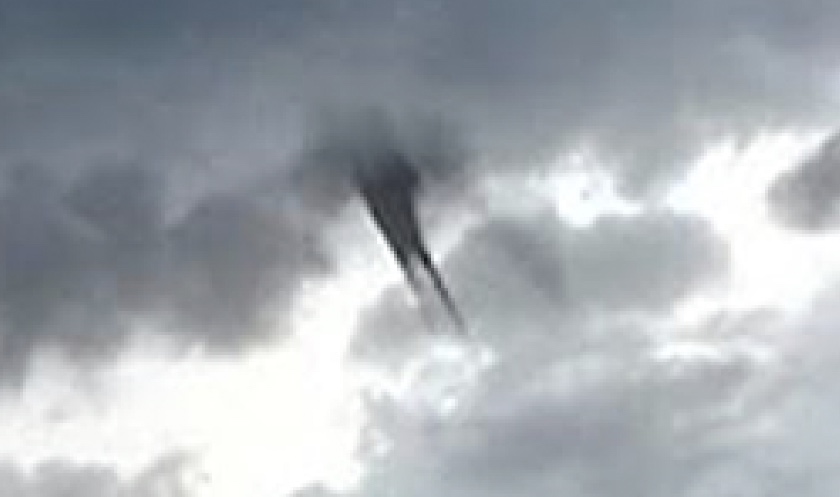 It kind of looks like it's emerging from the clouds, as it somewhat lines up with one edge. You might recognize the distinctive shape of the swallow's tail, but then you could be persuaded to discount that because where is the rest of the swallow?

The answer is that the motion blur is in the direction of travel, and the tail feathers jut out behind the bird in that same direction. If motion blur (either real or simulated) happens to a long object that is parallel to the motion, then it remains solid in the middle. If the blur is perpendicular to the object, then it will become transparent. We can demonstrate this with an X shape on a cloudy background. Note in the blur controls, the line across the circle indicates the direction of the motion blur. 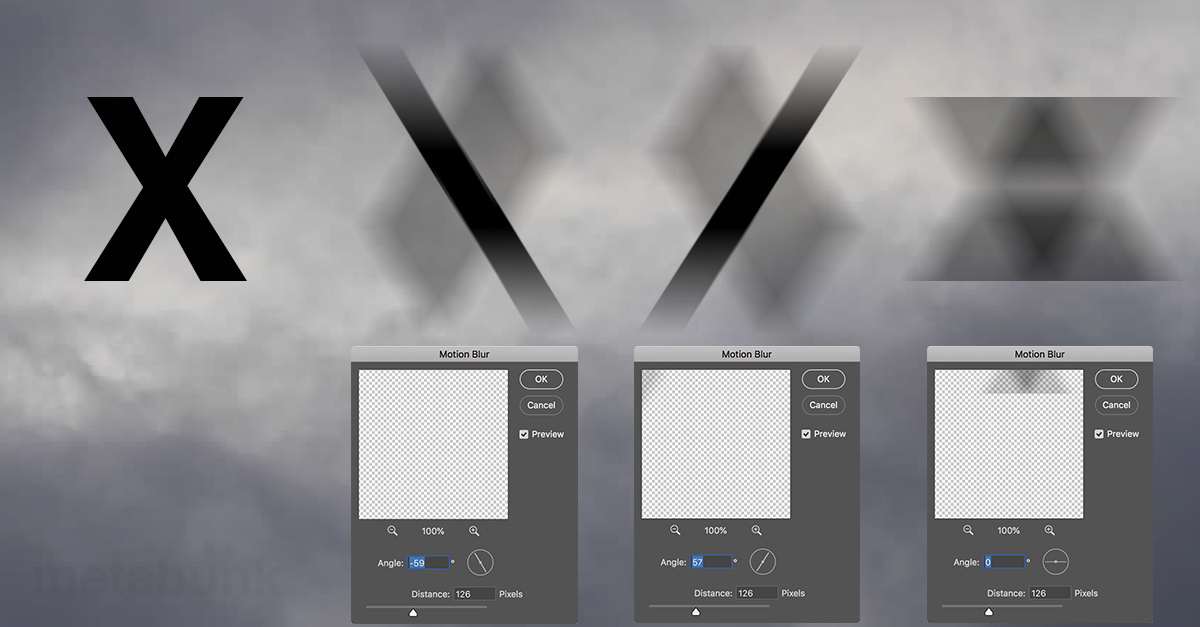 The arms of the X that are in the same direction as the motion remain as quite visible (but elongated) black lines. The perpendicular arms (like the wings of the bird) are blurred to a transparent grey.

Because the X (like the bird) is black in this image, you can't see the blurring of the image inside the tail, so it just looks like a non-blurred sharp edged object. Really though it's a blurry streak that just lines up right to keep the edges sharp.

Here's another demonstration. I printed out a silhouette of the bird then took two photos of it. In one image I did not move it, in the other I yanked the sheet of paper in the normal direction of flight. You see the wings blur away, and the streaks of the tail remain distinct with a dark region for the body. 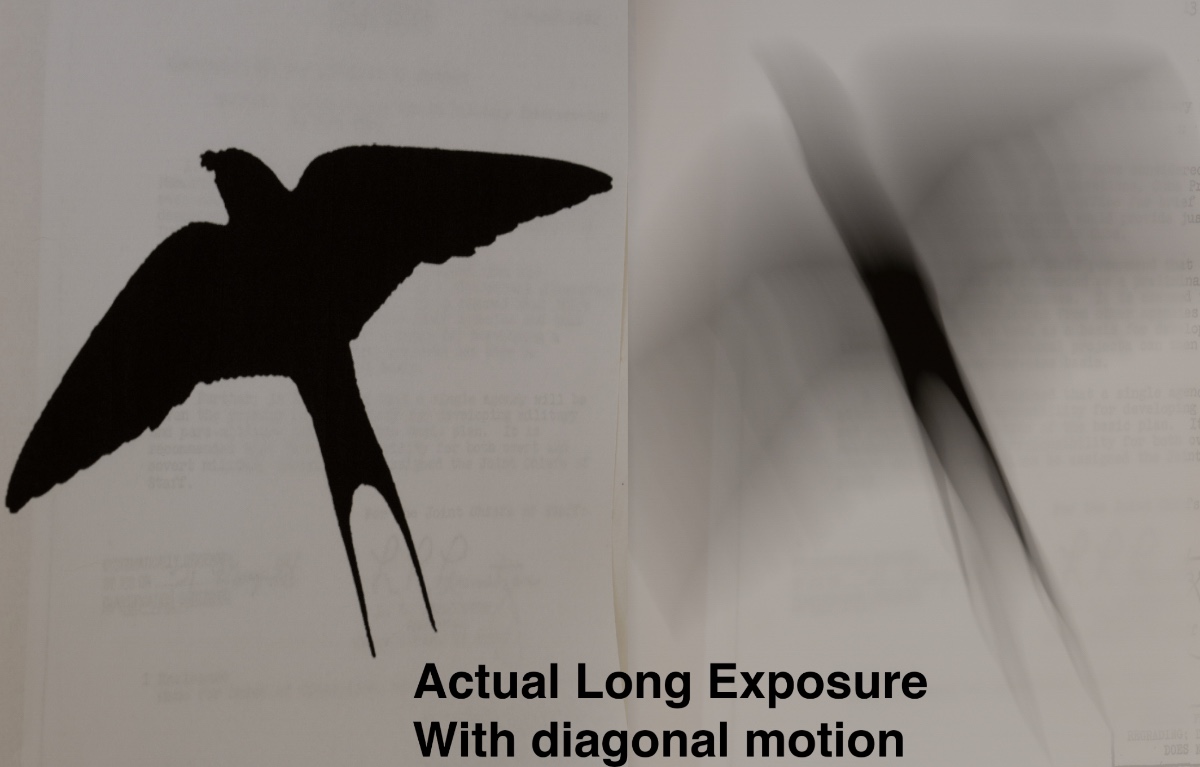 You can also duplicate the basic effect with a smart phone and an app like Slow Shutter: 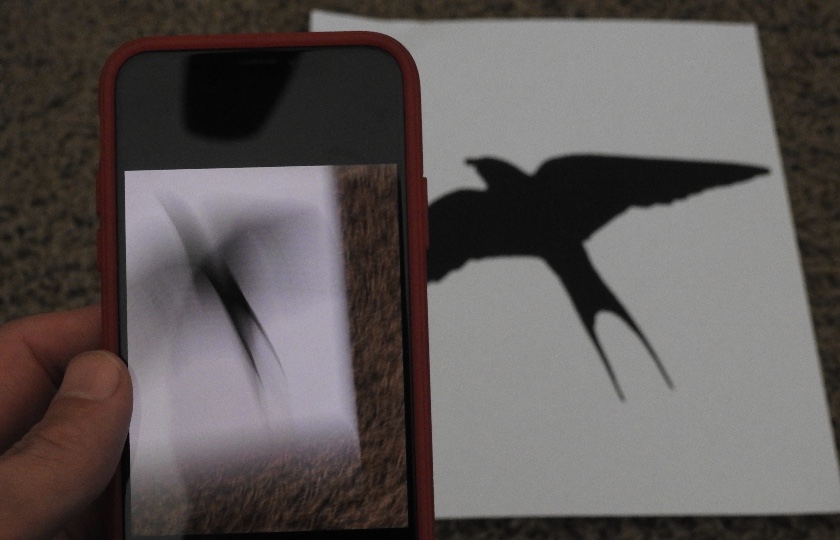