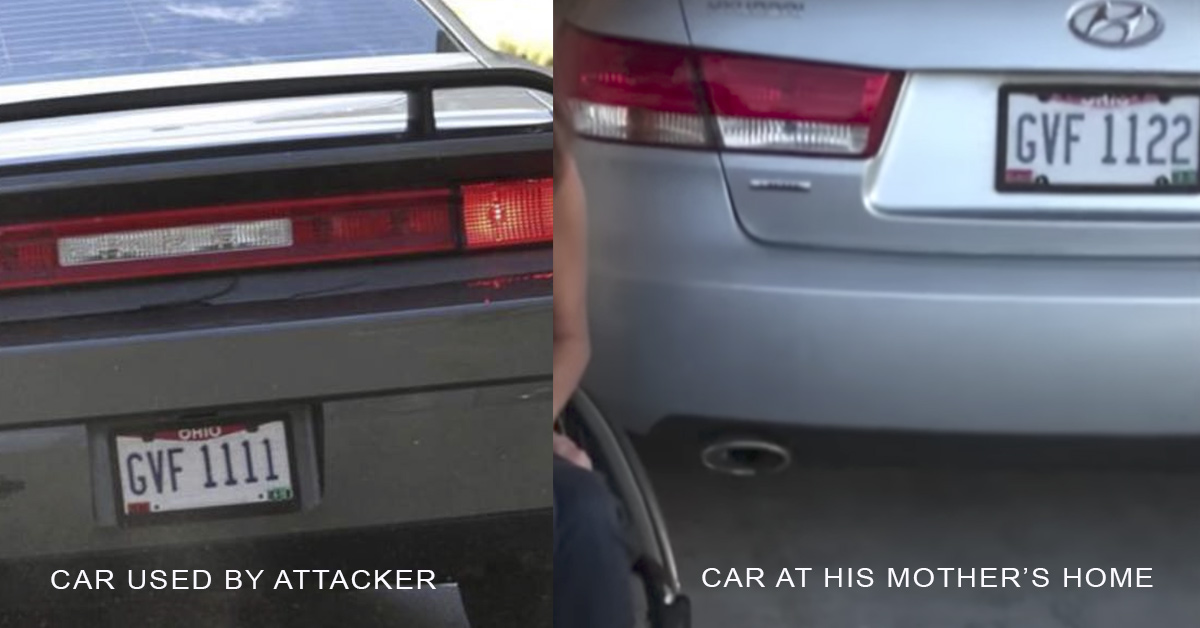 A variety of conspiracy theories have sprung up around the Charlottesville car attack. As usual there were suggestions that the attack was faked. One piece of "evidence" was the car license plate on the car driven by James Alex Fields Jr, an Ohio plate reading GVF 1111. Video of his mother, Samantha Bloom, shows a similar number GVF 1122. Conspiracists suggest this is an unusual looking number, and it's unusual that two family members would have such similar numbers.

Some claims are obviously ridiculous, like the idea that the "G" stands for "Government". The license plates are standard Ohio plates. Both numbers are correctly registered to the cars shown and show up on public info sites like SearchQuarry. But because their information comes from scraping public source it's not always up to date.

The name returned (Jerome V....) is not that of the driver, it's the name of the previous owner of the car. This is tied to the VIN number, and not the license plate. Incorrectly using this information led to Jerome and his family having to leave home due to death threats:
http://money.cnn.com/2017/08/16/media/charlottesville-man-misidentified-plans-lawsuit/


The Michigan man GotNews had identified was in fact not the driver. He was not even in Virginia at the time. But within hours he and his family had been forced to flee their home at the advice of local police, who expressed concern for their safety after a slew of death threats rolled in.

The family's flight from their home capped off a feverish attempt by right-wing sleuths to discover the culprit behind the Charlottesville attack and dig into his or her history, seemingly in hopes of proving the person was not of a right-wing political persuasion.

The other car however is listed as being registered to Samantha Bloom.

The simplest explanation here is that mother and son re-registered their cars at the same time when moving into Ohio from Kentucky.

Since they were registered at the same time they got numbers that were very close together. The family appears to have moved from Florence, Kentucky, into Ohio. (Florence, KY is essentially a suburb of Cincinnati, OH, so it's a short move over the Ohio River and you have to re-register your car)
https://www.dmv.org/oh-ohio/new-to-ohio.php

If you're bringing your car from your previous state with you to Ohio, you'll need to register it with the OH BMV once you become a resident. You will need to visit your local BMV office in person, present some required documents, and pay the registration fee

Staff member
The Plates themselves are as expected for relatively recently registered Ohio plates. They are the "Ohio Pride" word cloud background with a red triangle. That run of plates started in April 2013, and encompasses the registrations FWA 1000 to HDF 9999 (in alphanumerical order). So the "G" is simply a very rough indication of the year it was registered (likely after 2014) 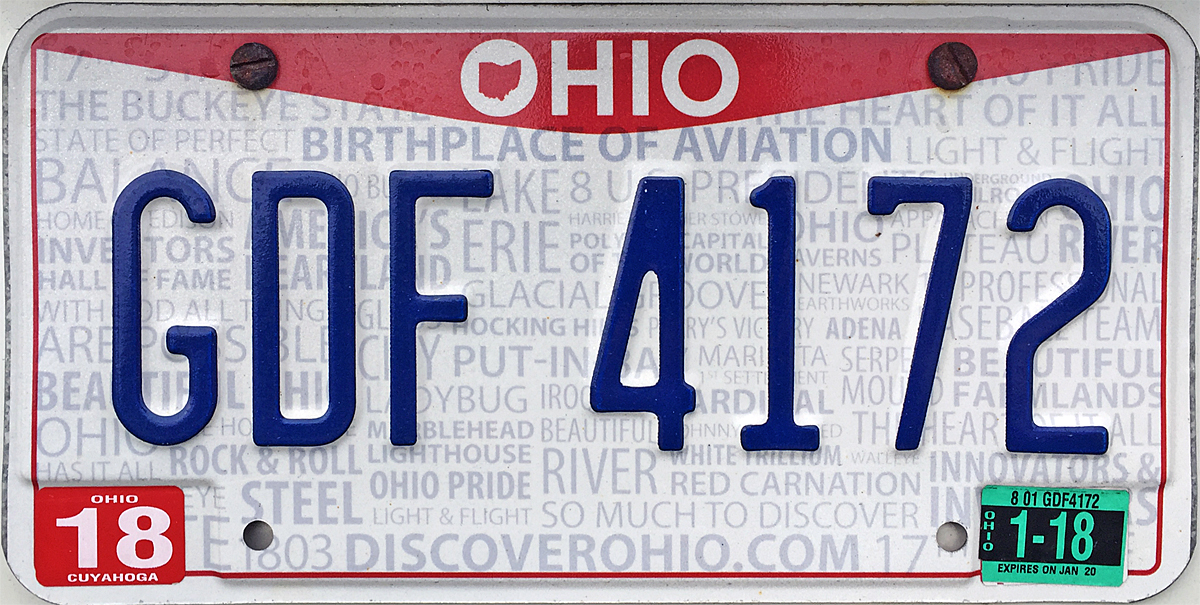 Former neighbours of mine had consecutive plates on their two cars. Our plates here are four letters followed by three numbers (AAAA ###) and they had the same letters and two consecutive numbers. When moving to the province the cars were re-registered together and just happened to get the next two available plates. It happens.
You must log in or register to reply here.
Share:
Facebook Twitter Reddit Pinterest Tumblr WhatsApp Email Share Link