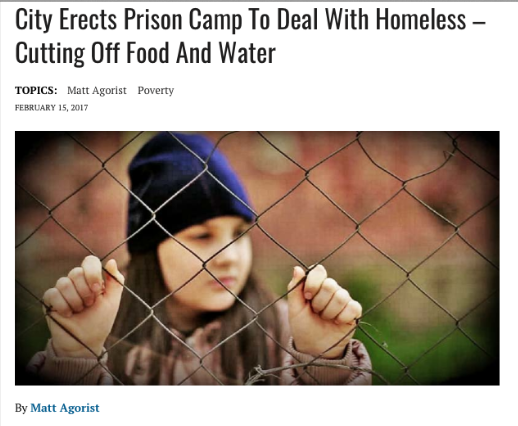 Activist Post and a few other CT sites are claiming that the city of Santa Clara, California began imprisoning its homeless population a few weeks ago.

Santa Ana, CA — The City of Santa Ana has come up with an innovative and despotic way of keeping their homeless population in check — imprison them. The city is now party to a federal lawsuit over unreasonable seizure, false imprisonment, and due process violations.

Most of the story comes from a highly exaggerated interpretation of an ACLU lawsuit filed against the city. A quick review of the facts quickly dispels the claim.

Although the area has struggled with a growing homeless population for years, a recent local flood control project triggered a clash between the city and homeless people living along the east bank of the Santa Ana River. County officials planned to stockpile boulders and other materials on public land. 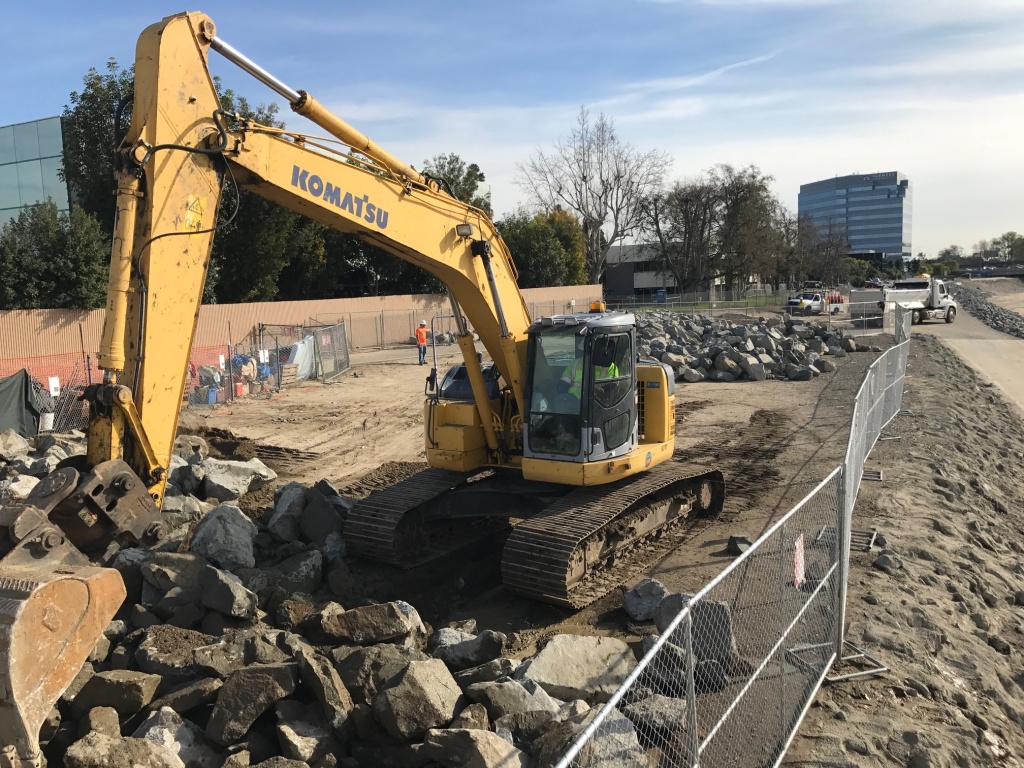 The local government did make attempts to help the homeless move from the area earlier this year, according to a February 8, 2017 story in the Orange County Register:

Before dump trucks came in with the first load of boulders Wednesday morning, a crew of about 10 maintenance workers helped the homeless separate their belongings and clear trash from the river bank along Chapman Avenue near Anita Street. Four or five people were asked to relocate their tents away from the project area the first morning, said Carrie Braun, public information officer for the county of Orange.

They were offered free transportation to homeless shelters in Santa Ana and Fullerton.

“Our health agency outreach and the sheriff’s homeless liaison team came out today and asked for voluntary compliance,” Braun said. “There have been signs posted since Jan. 25 informing those who are encamped in the area of the project. ... They have offered them resources providing them an opportunity to stay in a shelter. Some decided to take that opportunity and some didn’t.” 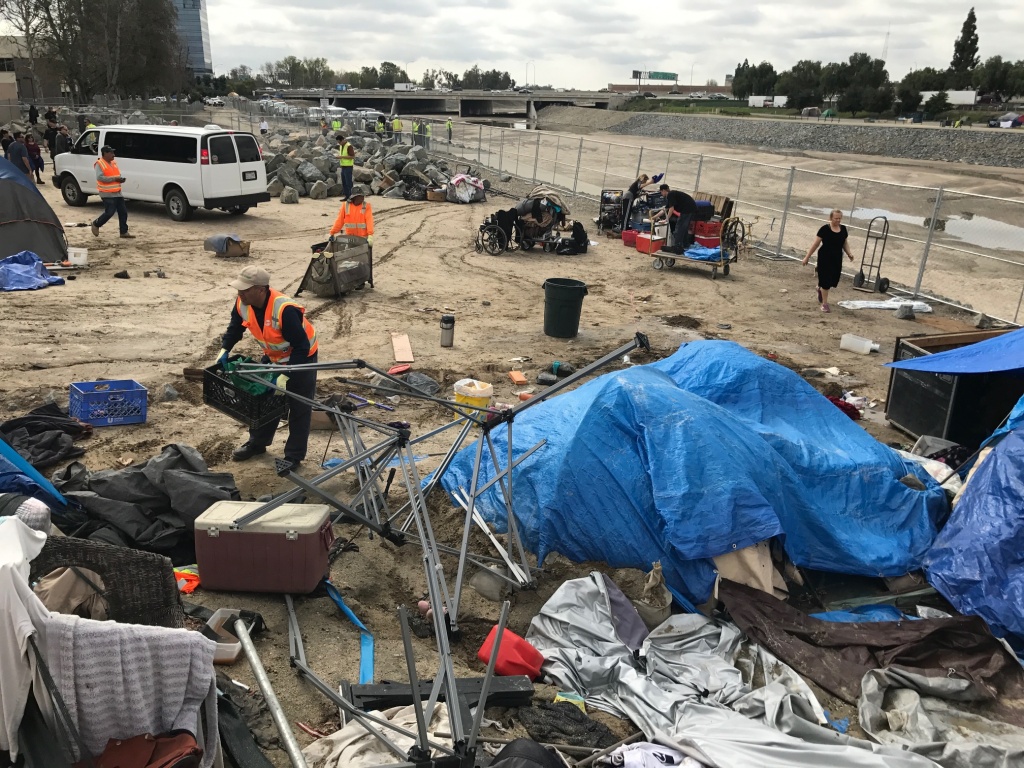 The ACLU lawsuit claims that access to the homeless camp, made difficult by a combination of fencing along Highway 57 and steep embankments along the river, was made impossible by new fencing installed by the county.

Until recently people living in the encampment would exit and enter the encampment on the sidewalks of Chapman Avenue and Orangewood Avenue. Id. at ¶ 11; Diehl Decl. ¶ 7. Over the past several days, employees from the OC Public Works Department, working with personnel from the Orange County Sheriff’s Department, have sealed off those entry and exit paths off with chain link fences across the river by the Chapman and Orangewood Avenue bridges. Diehl Decl. ¶ 7; Garrow Decl. ¶ 13

The ACLU’s argument was that although healthy individuals could scale the 5 to 6 foot fence or cut holes through the barrier, the elderly and disabled people living on the stretch of county property were “imprisoned” by local authorities.

Last week, Orange County decided to settle with the ACLU.

As part of the settlement, the county agreed to keep four gates in the fencing open. People camped within the project area have until February 23 to get their stuff out.

Any items seized by the county after that will be stored at a Lake Forest maintenance yard for 90 days. Per the settlement, the county must offer free transportation to the maintenance yard and from the yard to anywhere in Orange County except the riverbed.

On Friday, the county posted notices of the settlement along the riverbed.

So, as it turns out, the same officials that Activist Post accused of building a prison camp are actually trying to make a bad situation somewhat better. Orange County committed to a 10-year plan to address homelessness in 2012. Making it a long-term reality will take a combination of job training, drug treatment, medical care, and many other tasks.
http://www.occommunityservices.org/civicax/filebank/blobdload.aspx?blobid=15449
You must log in or register to reply here.