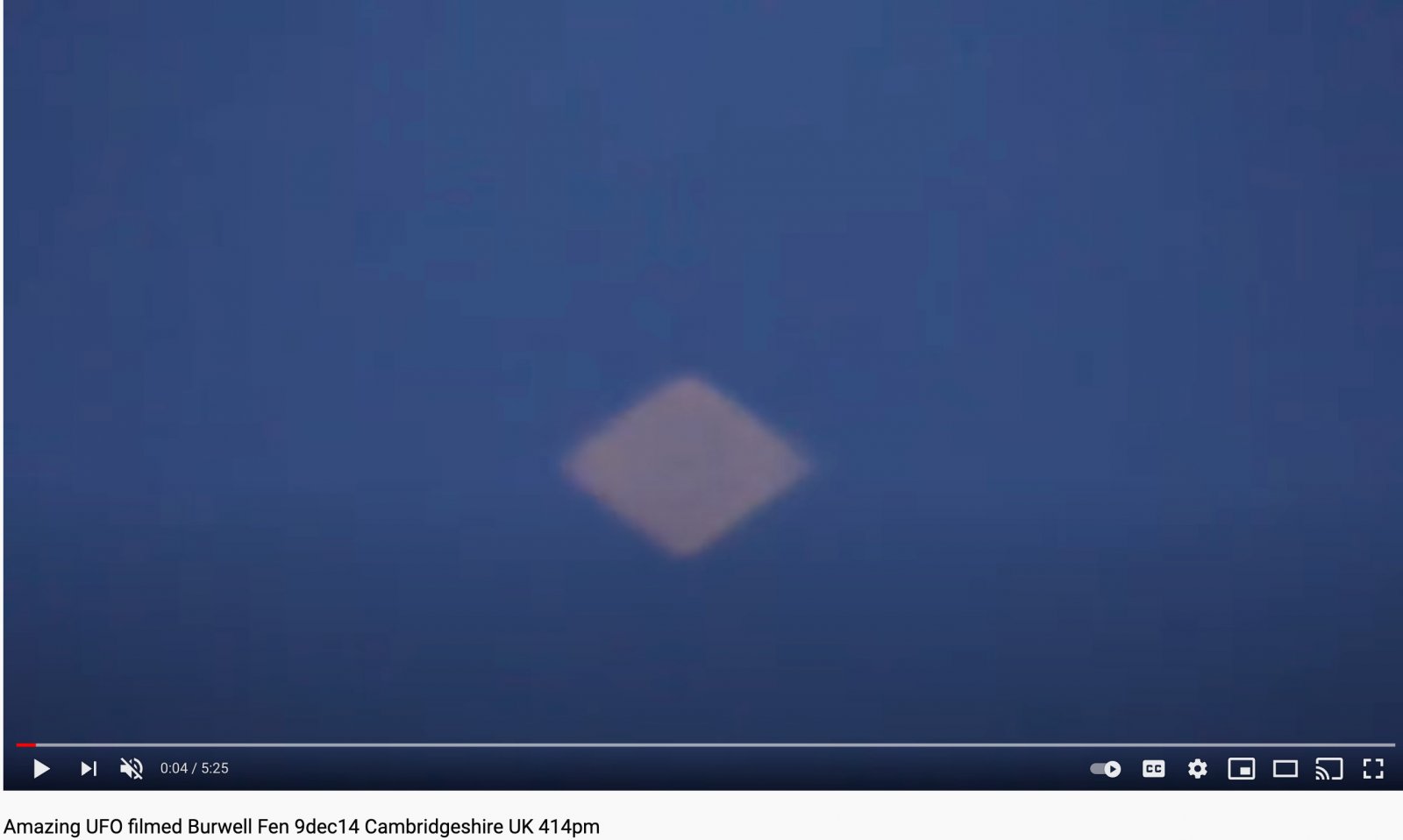 The above still image from a video was the one chosen by some media outlets a few years ago (2014) to illustrate the story "VIDEO: Birdwatcher spots UFO in skies above Burwell- and has the footage to prove it!." And why not, it looks like a weird diamond shaped craft, almost a flying saucer.

This old story wasn't on my radar until I made a comment on Twitter, wondering why (with their binoculars and long-lens cameras) birdwatchers didn't see UFOs (implying the the question of why there are no god photos of UFOs). Of course people then Googled "birdwatcher UFO" and that's about the only story that pops up, so it was gleefully offered as a counter-example by at least four different people.


First of all we can see it's bokeh (an out-of-focus light, taking on the shape of the camera's aperture) because we see other lights take on the same shape. 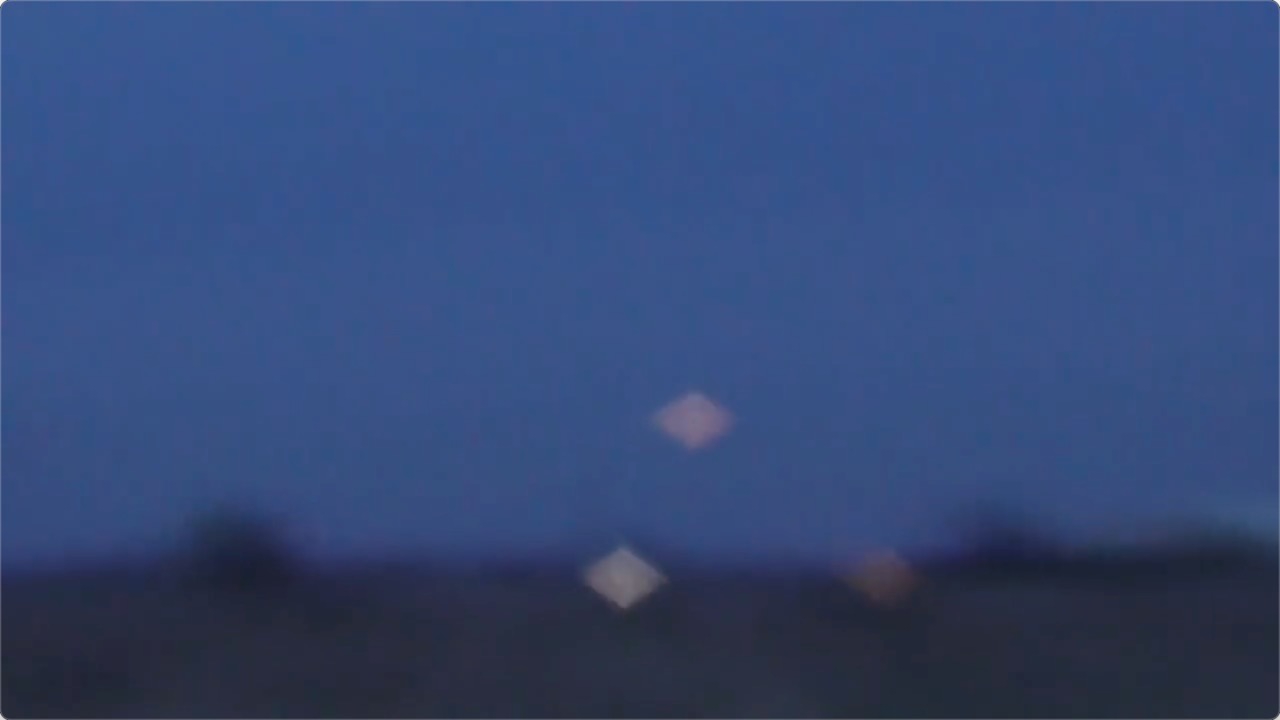 But then he focuses, and we see it's not a diamond at all, but six lights (and one flashing one), looking very like a plane. 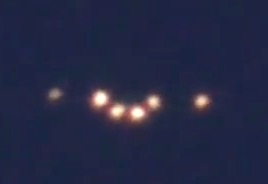 What type of plane? That configuration of landing lights is very specific. It's a C-130 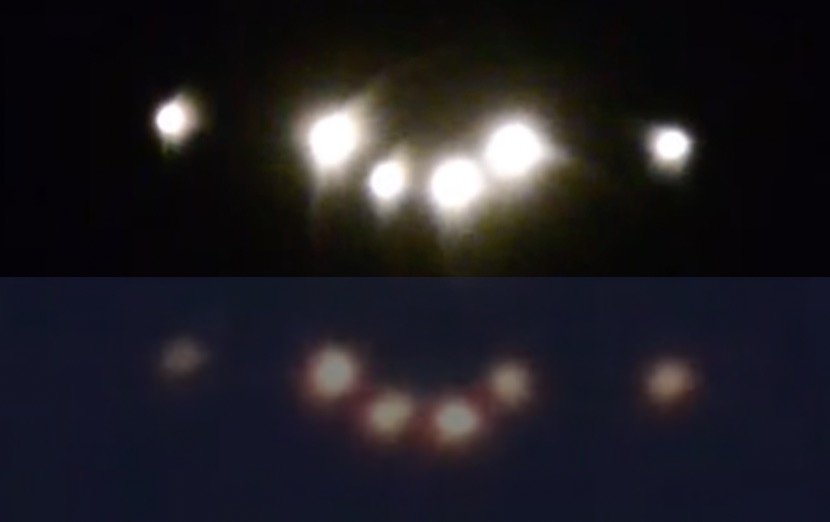 
And here's where it probably was, inbound to Mildenhall, just a few miles away. 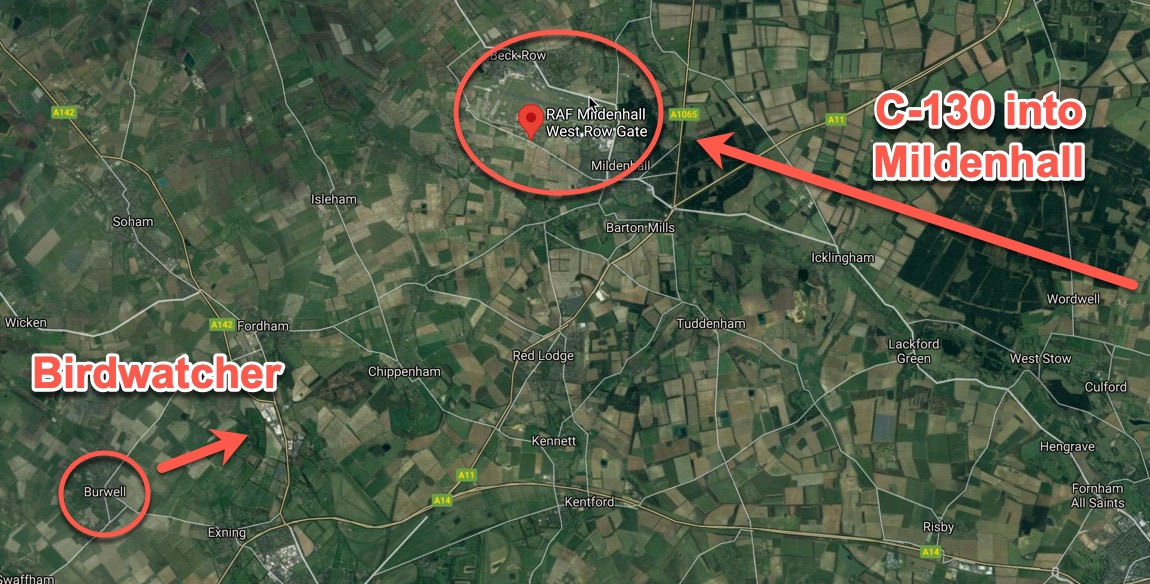 Here's a C-130, landing at Mildenhall, with the same light configuration.
Source: https://www.youtube.com/watch?v=LzUA0Zk1lCM


So it's not a UFO. It's an IFO. The Cambs Times story was just clickbait, and the plane was identified by its distinctive landing lights in the video comments years ago. Hardly worth addressing - but the use of the diamond-shaped image gives a very misleading impression as to what was actually seen. And I think if four different people send me the same image in one day (and I anticipate more today), then it's worth addressing, just to clear things up.
Last edited: Aug 19, 2021

Its very obvious that this was a high winged aircraft, and likely a USAF C-130, but your lighting comparison nails it.

It almost certainly was a C-130 and it probably was landing at Cambridge, where I live and where Marshall Aerospace and Defence Group service C-130 aircraft for Royal Air Force and Air Forces of several foreign countries. Burwell is a turning point for the approach on the runway 23. I regularly spot planes at Cambridge Airport and also know the guy who filmed this video.
You must log in or register to reply here.