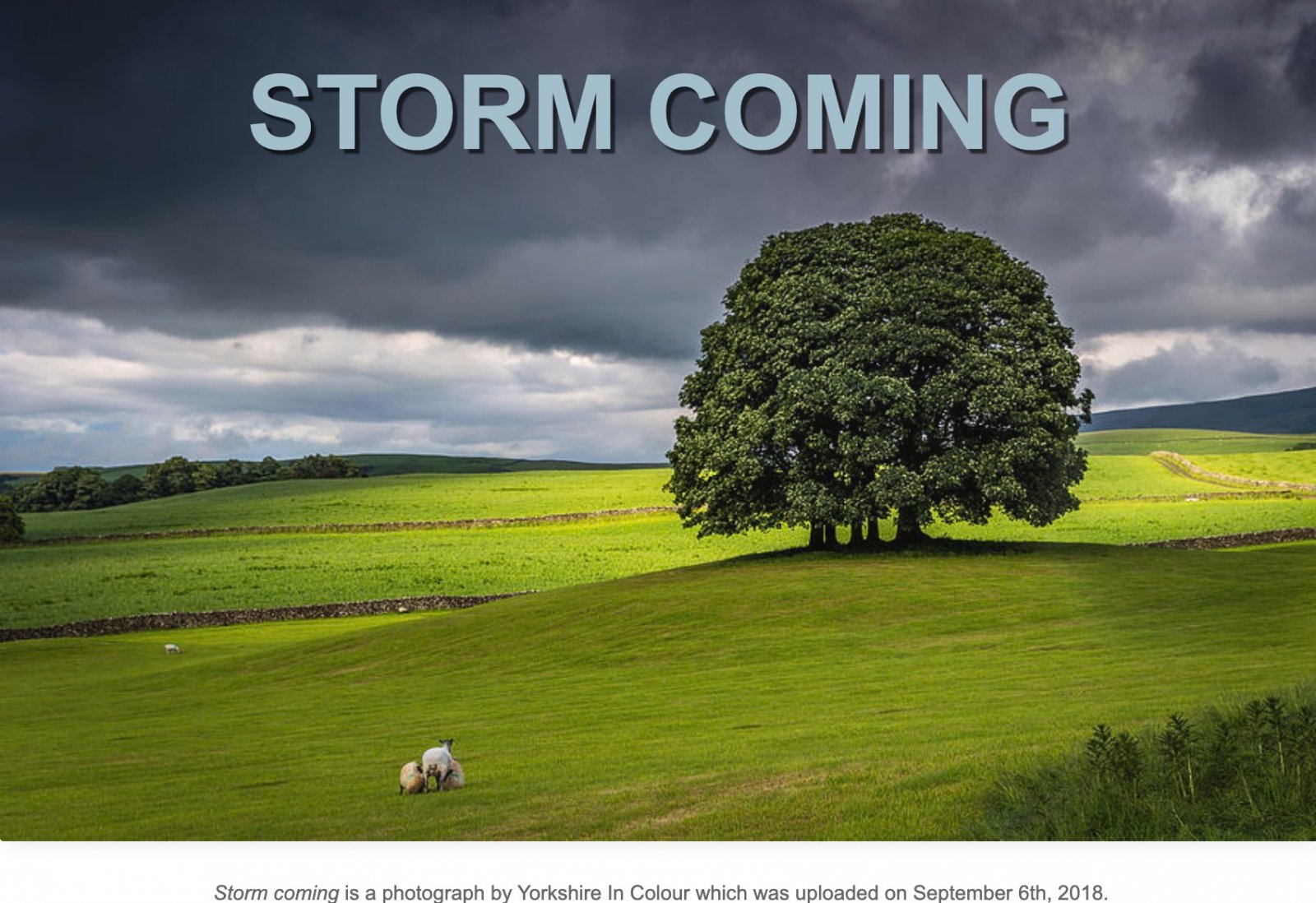 "'Storm coming" is a joke I use whenever the the weather looks a bit dark. It's an old Yorkshire reference (like "there's trouble at 'mill"), a folksy comment meant to invoke the idea of a gruff old farmer looking out over the field at oncoming clouds.

It's also a very common metaphorical phrase used in movies and books. A search of the movie/TV data base QuoDB returns over a thousand results.

It also represents a foundational belief in the QAnon theory, dating back to a random comment Trump made about "The Calm Before The Storm" in 2017 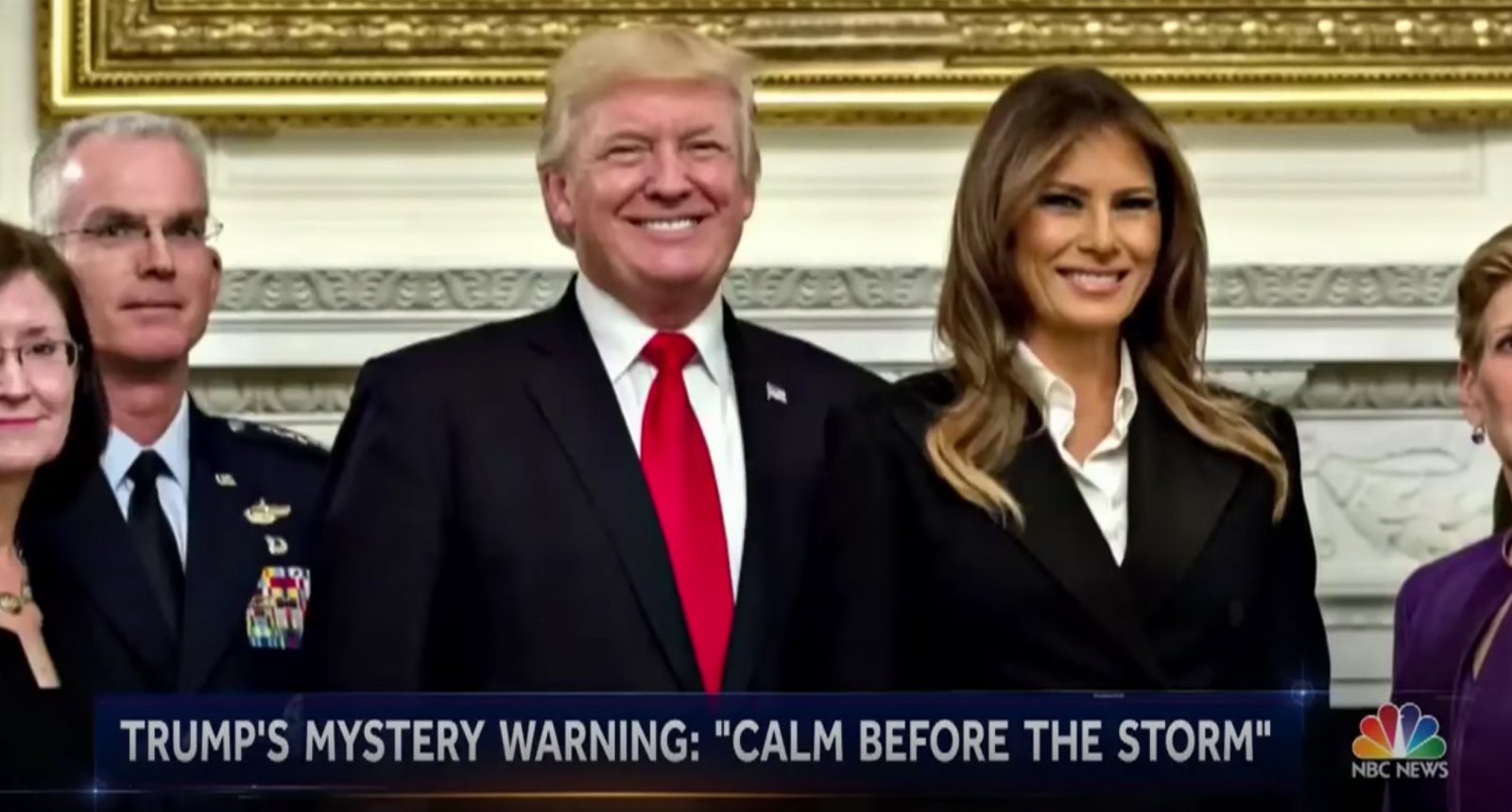 It was likely he simply said something that randomly popped into his head, but the QAnon people took it to mean that there as about to be a great roundup of all the deep state criminals in an operation called "The Storm". That has been constant predicted as being just around the corner (with constant cries of "it's happening") but of course nothing ever happens.

With Trump's election loss the possible window of the storm is rapidly closing, so when the 82nd Airborne Division posted the phrase "A Storm is Coming" on Facebook on Dec 8th 2020, the QAnon folk immediately too that as yet another sign.

Not only was there the phrase, but there were photos of troops preparing. Surely this was the much heralded "storm" coming to round up the Democrats, the Bankers, and the Hollywood perverts? The comments section certainly seemed to reflect that hope.

Yes A Storm IS Coming, Nothing can stop what's coming! God bless each and everyone of you for your protection and dedication! Thank you for all you have done and all that you are about to do!

Awesome! Thank you for doing this! and rescuing the children and executing this against the enemy of our country! FULL METAL JACKET - THE STORM is HERE!

The morning started with the Combined Arms Rehearsal (CAR) - the Brigade walk-through of the planned operation, during which Company/Battery/Troop commanders, along with sustainment leaders, brief the team on the base plan of executing the mission.

The day closes out with Sustained Airborne Training (SAT) for all Paratroopers who will be jumping into the fight.
The Storm is upon us...watch it unfold this week!
#StrikeHold #AATW #DIBP #DevilStorm

"Watch it unfold this week," they said a week ago. The week has come and gone, and nothing happened. Trump is still losing. Hollywood is still intact. Nobody of note is in jail.

"A storm is coming" here refers to Operation Devil Storm, a regular training exercise held by the 1st Brigade Combat Team of the 82nd Airborne Division, known as the "devils". It ended on the morning of December 11th. 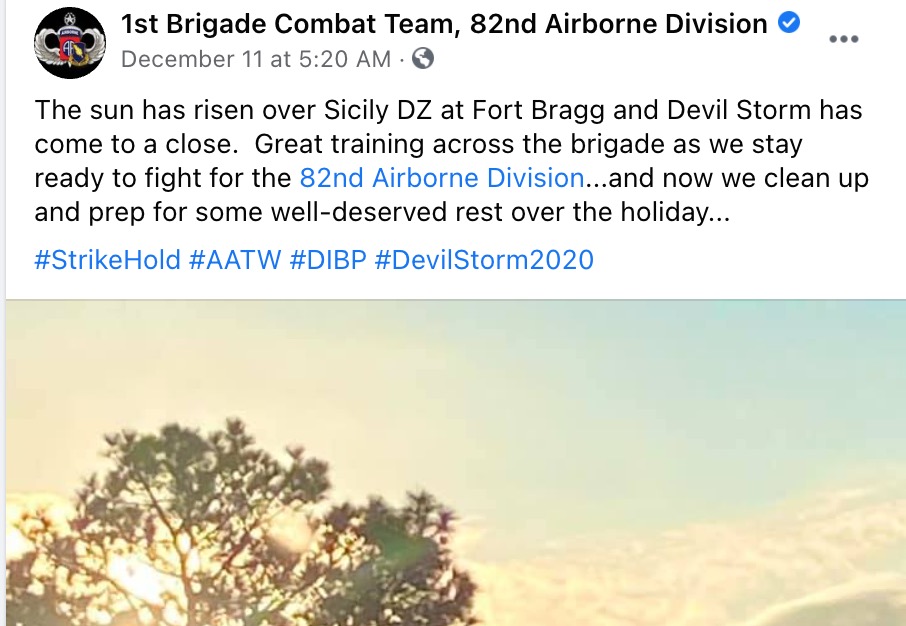 Ha, not any more, after the final few episodes!

Another favourite I like to use...Trouble at Mill, for all those Yorkshiremen

Bonnarn said:
Another favourite I like to use...Trouble at Mill, for all those Yorkshiremen
Click to expand...

Now reread the thread from the beginning - you can stop at the second sentence.

"There's trouble at the mill" is actually a very real observance, since the millers used the position of the sails to send simple messages (like "taking a long/short break"): 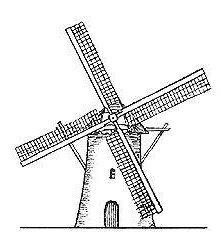 When the upper sail has been fixed after having passed through the highest position, it means that the culminating point has been passed and life is going downhill, meaning that there is a reason for mourning.

So when the windmill looks like this, the farmer who sees it from afar knows that there's "trouble at the mill".

Mendel said:
So when the windmill looks like this, the farmer who sees it from afar knows that there's "trouble at the mill".
Click to expand...

Except we don't have windmills in Yorkshire. "Trouble at 'mill' originally referred to the wool mills, usually some kind of industrial action or riot.

Mick West said:
Except we don't have windmills in Yorkshire.
Click to expand...

That’s because technologically your a few hundred years behind us lot on the better side of the Pennines!

Mick West said:
Except we don't have windmills in Yorkshire. "Trouble at 'mill' originally referred to the wool mills, usually some kind of industrial action or riot.
Click to expand...

https://en.m.wikipedia.org/wiki/Lists_of_windmills_in_Yorkshire exists.
And so does the Holgate Windmill in York. 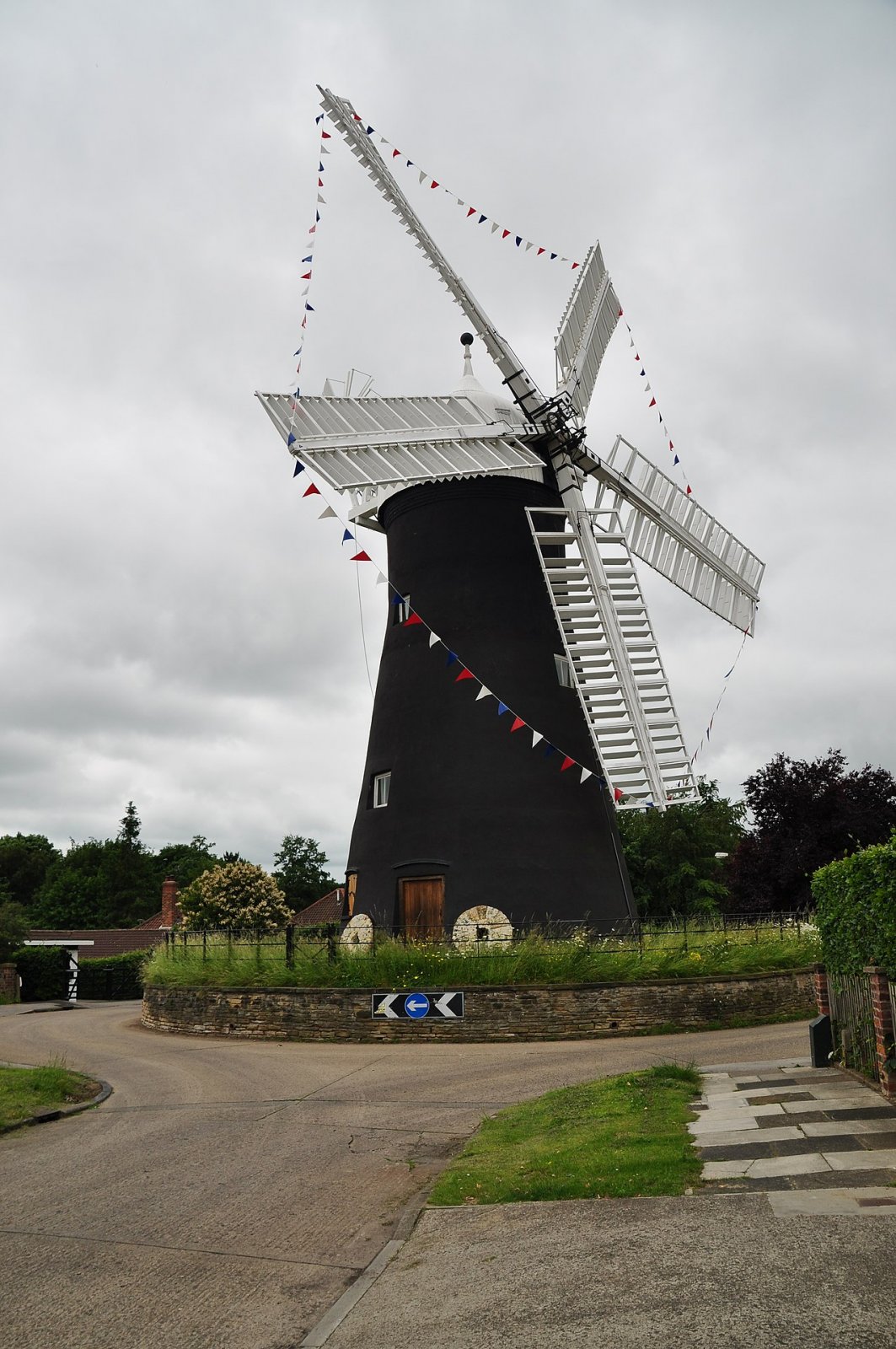 The "Shorter Dictionary of Catch Phrases" by Rosalind Fergusson explains how the phrase became popular:

I'm debunked. But you'll notice there's not very many, and they mostly are just the stone tower.

I grew up in a wool mill town.

I even think this saying is present in many languages, as signs of bad weather coming has been obvious to humans in thousands of years. In Danish, we say the same, almost. "Det trækker op til uvejr", roughly translates to "bad weather is moving in".

Grey/dark skies are signs of bad times in literature and movies while rain is portraying sadness. I suspect this is due to our lives used to be so dependent on weather and seasons. I doubt everybody using weather as a metaphor is referencing some secret scheme.

As a Brit, I can concur that my interpretation of just the single word "mill" defaults mostly to "woolen/textile mill", but "water mill" would be an easy interpretation if I knew a river was nearby. I'd never even think of "windmill".

Searching for "wind mill", stargpage (google?) yields: "Did you mean: windmill".
Searching for "water mill", yields the top hit: "A watermill or water mill..."
Which I think supports the thesis that they're special enough that they have their own word, and confusing a mill with a windmill would be a rarety in English.

[Aside: I used to work in a building which was an old water mill at the time my mother was doing a mixed humanities degree, and she'd just been studying the history of the (woollen) mills and children's/workers' rights. One of her materials was a poster that began "Rules to be Obeyed at this Mill", and promptly went right downhill from there, which I put up next to my desk for general amusement.]
You must log in or register to reply here.