Does anybody have any thoughts about what this could possibly be? Source: https://www.youtube.com/watch?v=ZyqtXdLz3Go
A kite or party balloons tied on a string is the best guess I've heard so far. But they would have been visible from the front or back and can't appear out of nowhere. It also wouldn't fully explain the almost perfectly straight lines that the smaller objects are seen initially shooting out in.

Here is one of the purported original sources which might help a bit if it is slightly better quality. Source: https://www.youtube.com/watch?v=5kegC5gg8TM
Some of the comments suggest it was a science experiment, but for what? What could possibly make that occur in the sky other than two fake videos perfectly synced with each other, as seen in the first link?


There are apparently multiple El Rosario's in Mexico, and as far as I can tell Alfredo Carillo filmed the second link from an El Rosario inside Mexico City, and another person named Pedro Hernandez recorded it from the opposite direction while in Metepec city on the outskirts of Mexico City.

To me, it for sure looks like a string with balloons, all coming (pulled out) out of a large bag.
I cannot for the life of me think of anything making more sense.

TheoryQED said:
There are apparently multiple El Rosario's in Mexico, and as far as I can tell Alfredo Carillo filmed the second link from an El Rosario inside Mexico City, and another person named Pedro Hernandez recorded it from the opposite direction while in Metepec city on the outskirts of Mexico City.
Click to expand...

a quick google of "el Rosario ufo may 22, 2009" gives us a full investigation link. I can't copy and paste the whole investigation, but they are saying CGI. various reasons for the videos being fake are investigated in the link. ex. there is an airplane in original videos and sun doesn't match.

Versus
A CGI video realized by a Mexican CGI compagny held by a Josué Hernandez. 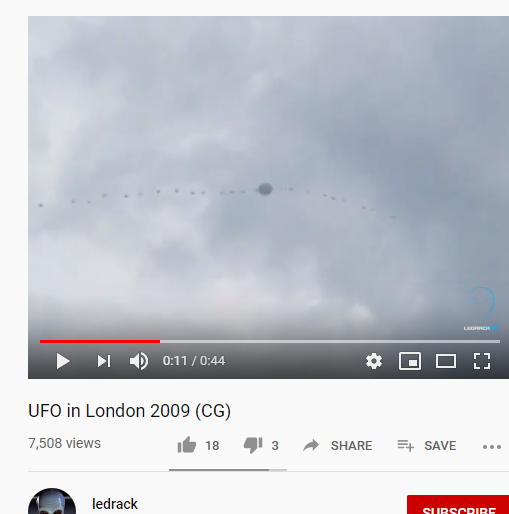 deirdre said:
ex. there is an airplane in original videos
Click to expand...

I don't think they're saying that, can you show me where it says that? But yeah, they're saying the sun is at a different angle and also pointing out some other problems. The London Hoax video looks pretty similar, but it just obviously looks completely fake to me. This similar video from Japan looks totally fake to me as well. Source: https://www.youtube.com/watch?v=b6kEoYH043I&feature=emb_logo


But for whatever reason, the El Rosario footage looks a lot more real to me and it's interesting that they filmed it from two angles. I wish there were a way we could prove definitively that it is just special effects.

TheoryQED said:
I don't think they're saying that, can you show me where it says that?
Click to expand... 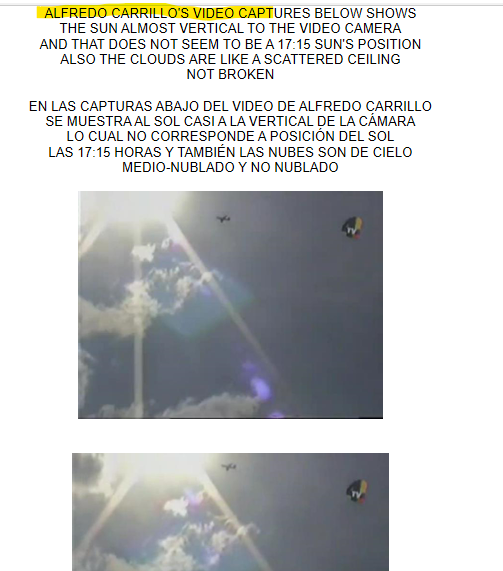 I just watched my first 10 mins (and probably only 10 mins: cute shot of a donkey though!) of the TV show Chasing UFOs.

7:30 (translator, interview with alfredo) he was standing right here. he was shooting the airplane route going into the airport. he was shooting this commercial airline airplane and as he was following the plane he suddenly saw in the background this oval-type object. and 2 seconds aftrwards, things started coming out of both ends of this object.

TV show crew: so what do you think you saw?

translator: he can not ensure whether it is a biological thing or anything else that regards, but it's something that is out of this planet.

FWIW, I am seeing nothing there that would make me say "kite." For a moment I thought it might be a Chinese-style dragon that broke its tether, but as the video progresses it does not behave as such a kite would.

I know less about balloons, but there a a few moments when a few of the objects seem to orbit one another as if they were tethered to each other and were bouncing around in some turbulent breezes. If I had to guess, I'd guess somebody was deployng a balloon arch from a sack and the whole thing got away from them. 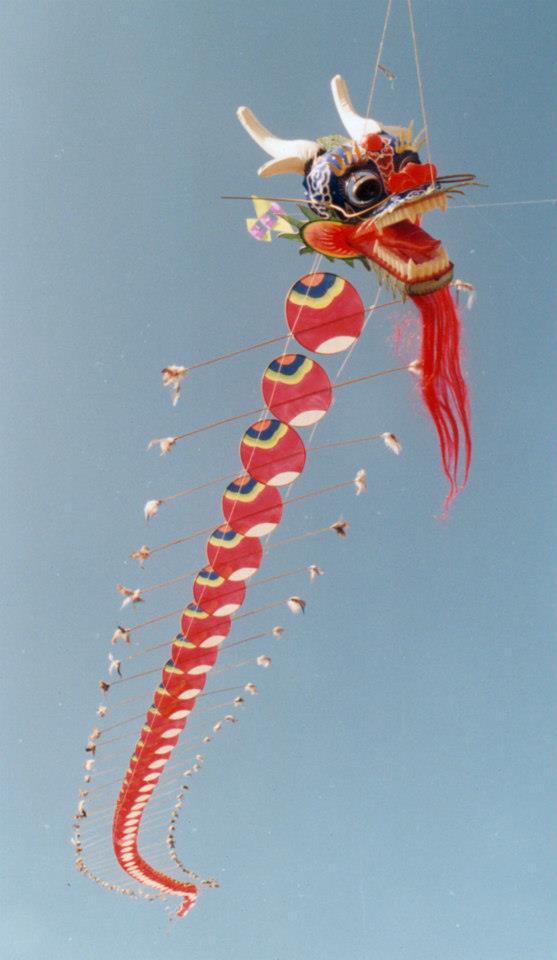 Some people do fly many kites on a string.

I think that's what this UFO is: a string of kites, possibly with its tether broken, and the rest of the explanation is turbulent air movement and perspective.

Mendel said:
Some people do fly many kites on a string.
Click to expand...

Absolutely, I'm one of them...But the "birthing new ones out of the bigger blob" does not seem to match a kite train. Trains wre usually either assembled just before launch (take it out of the box/case/bag, assemble, launch all at once) or are carried in a pretty stout box if they are not disassembled, and fed into the sky one at a time. That box would be pretty heavy. Such a train in a bag might produce something like what the vid shows, but you would not carry an assembled train in a bag, it is too likely you'd break sticks in transit. Also, the kites still in the container would make the container dead weight (no lift from kites in a bag/box) and it should dangle well below the line of the train. But balloons in a lightweight bag are about as buoyant as balloons not in a bag, and the "birthing blob" would stay at close to the level of the line of released balloons. Like I say, I'm not super knowledgeable about balloons, but it looks to me like a sack of balloons in a train, maybe going to make a big balloon arch or something, and it got away from them. If it is a kite train, something is going on there that I'm not seeing yet.

"Often wrong, never uncertain," but that's my take on it, your mileage may vary.

JMartJr said:
"birthing new ones out of the bigger blob"
Click to expand...

I see 3 kites coming into view from behind the bigger kite; like I said, perhaps wind and perspective?
You must log in or register to reply here.

UFOs Filmed from Moving Helicopters and Planes. Not So Fast!