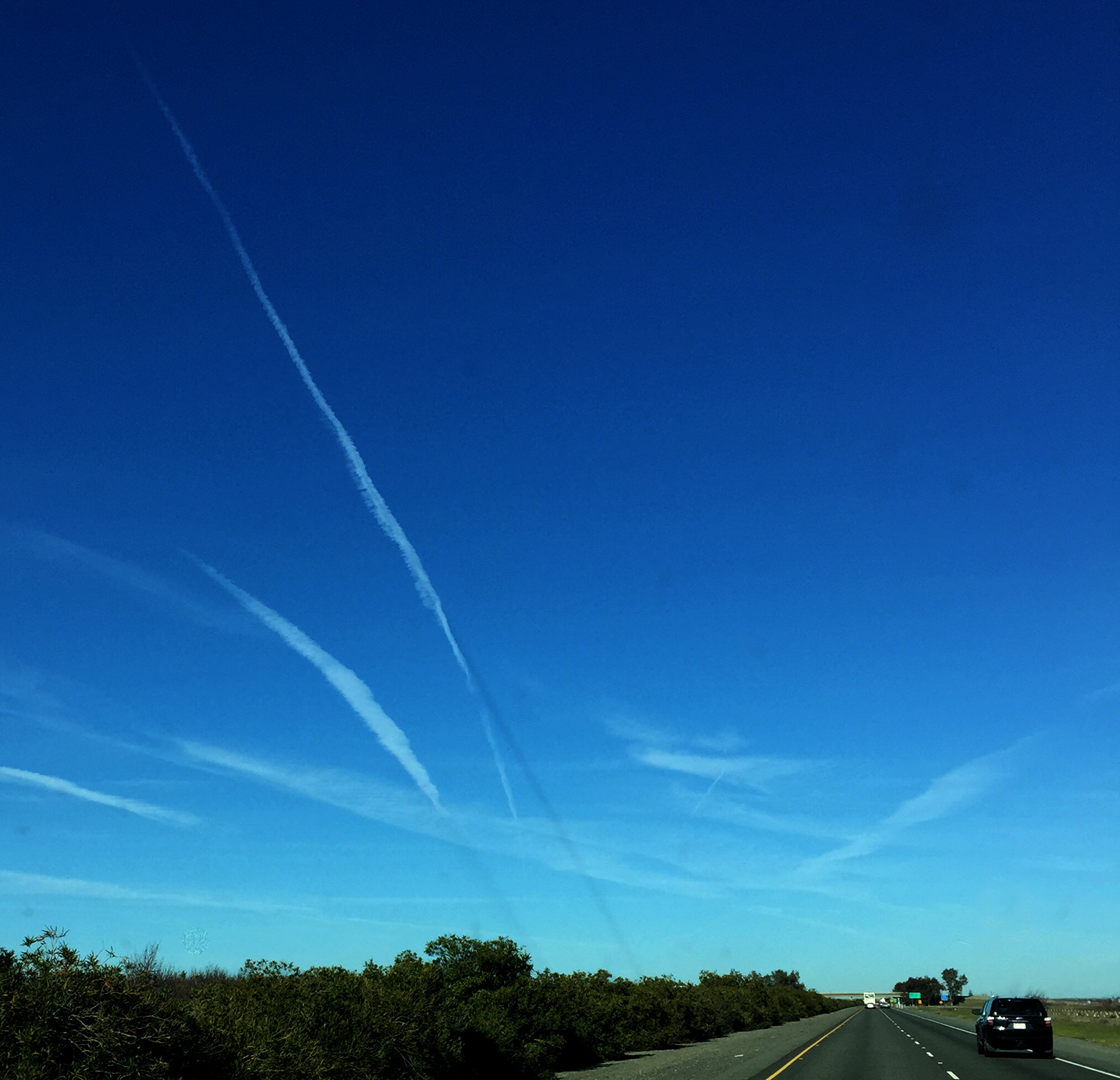 An unusual double edge shadow. Since the positioning of the contrails relative to the sun is important, it's rare to get two at once. Unfortunately only got some iPhone photos through the car windscreen.

Later a large dark beam was pointing directly at Mt Shasta, which looked quite dramatic. 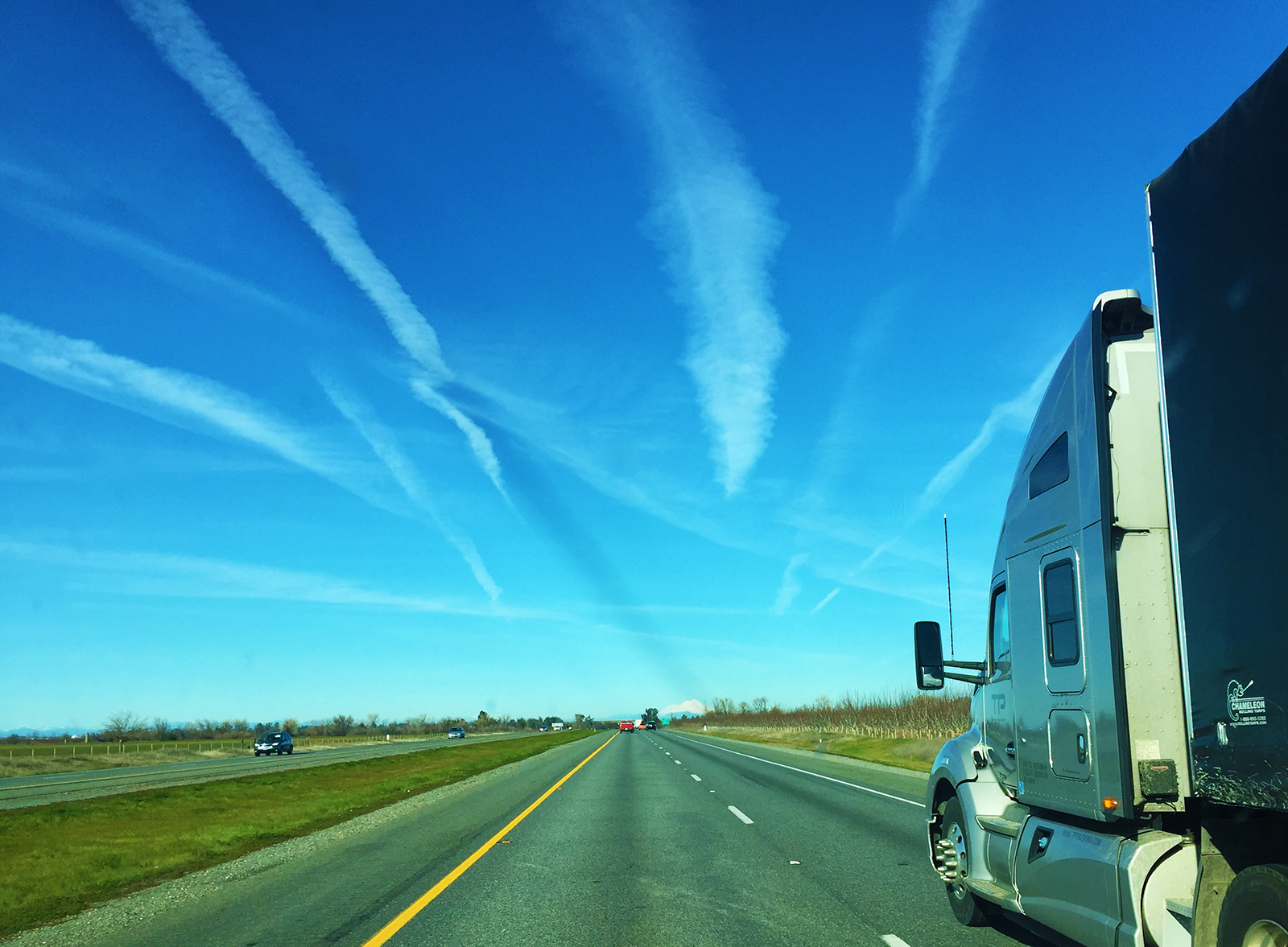 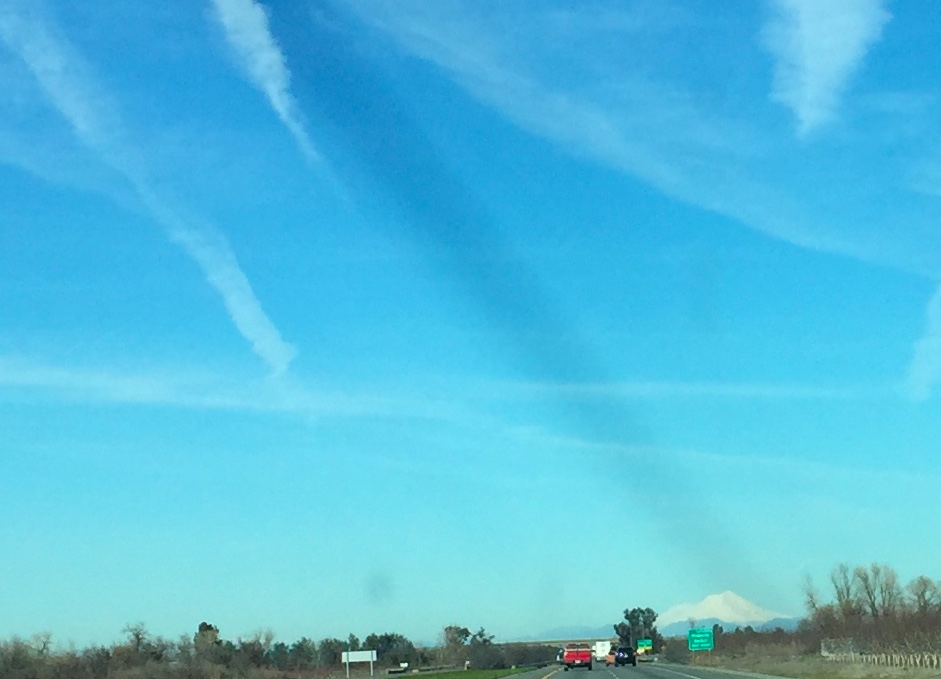 Staff member
While a display like this is not something I've seen before, it's probably relatively common in that location and that time.

The photos were taken over about 30 minutes, from about 1PM to 1:30PM, while driving north on I5 on a section (north of Willows and South of Red Bluff) that is almost due north-south. 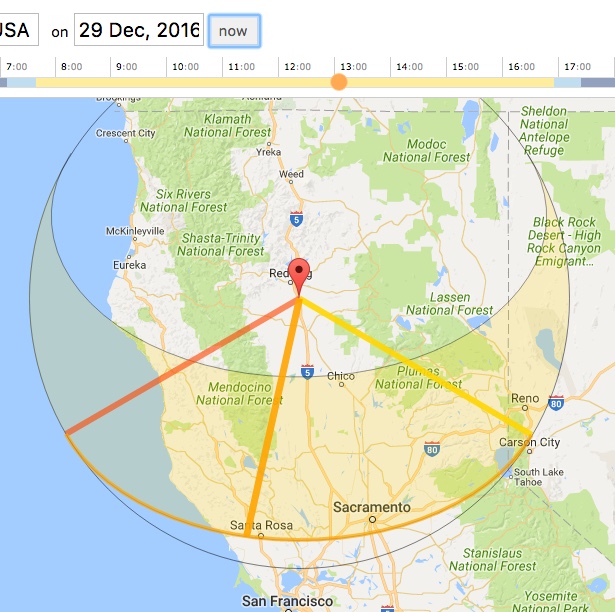 So at that time the sun was coming from the south. And nearly all planes in that area are flying north south. So there's a lot of opportunity at that time for things to line up.

So for an extended viewing session like this, the ideal setup is essentially one that cast a shadow on the road - either directly along it, or crossing it at a relatively shallow angle - this makes it take a lot longer to drive out of the shadow. The drift of the contrail can also be a factor. They can be moving themselves at 50mph to 100mph. So the ideal situation (other than no wind) is wind that parallels the shadow, and preferably in the same direction as the car. 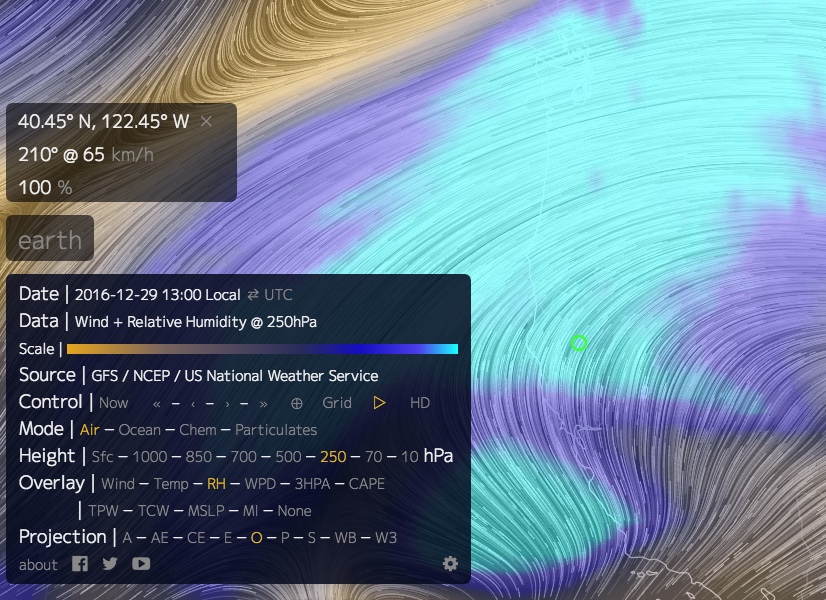 Using earth.nullschool.net, we can see the wind is roughly in the same direction as the sun, and moving north.

Staff member
On the return trip, looking East, near Sacramento today, a micro-rainbow