An image of a small hole in a rock outcrop on Mars looks a bit like a doorway, so of course, all the alien enthusiasts are thinking that it IS a door - some evidence of a long-lost alien civilization.

A little misleadingly they generally show just the image with the hole, and not the surrounding rocks. Those rocks show that this is simply the most door-like of a number of similar holes where the rocks have fractured and fallen away. This one narrow image also gives an impression of something much larger.

Full-sized panorama (85MB PNG, which I made with Photoshops "photostitch" tool) : https://www.metabunk.org/f/FULL PANO.png
Last edited: May 11, 2022 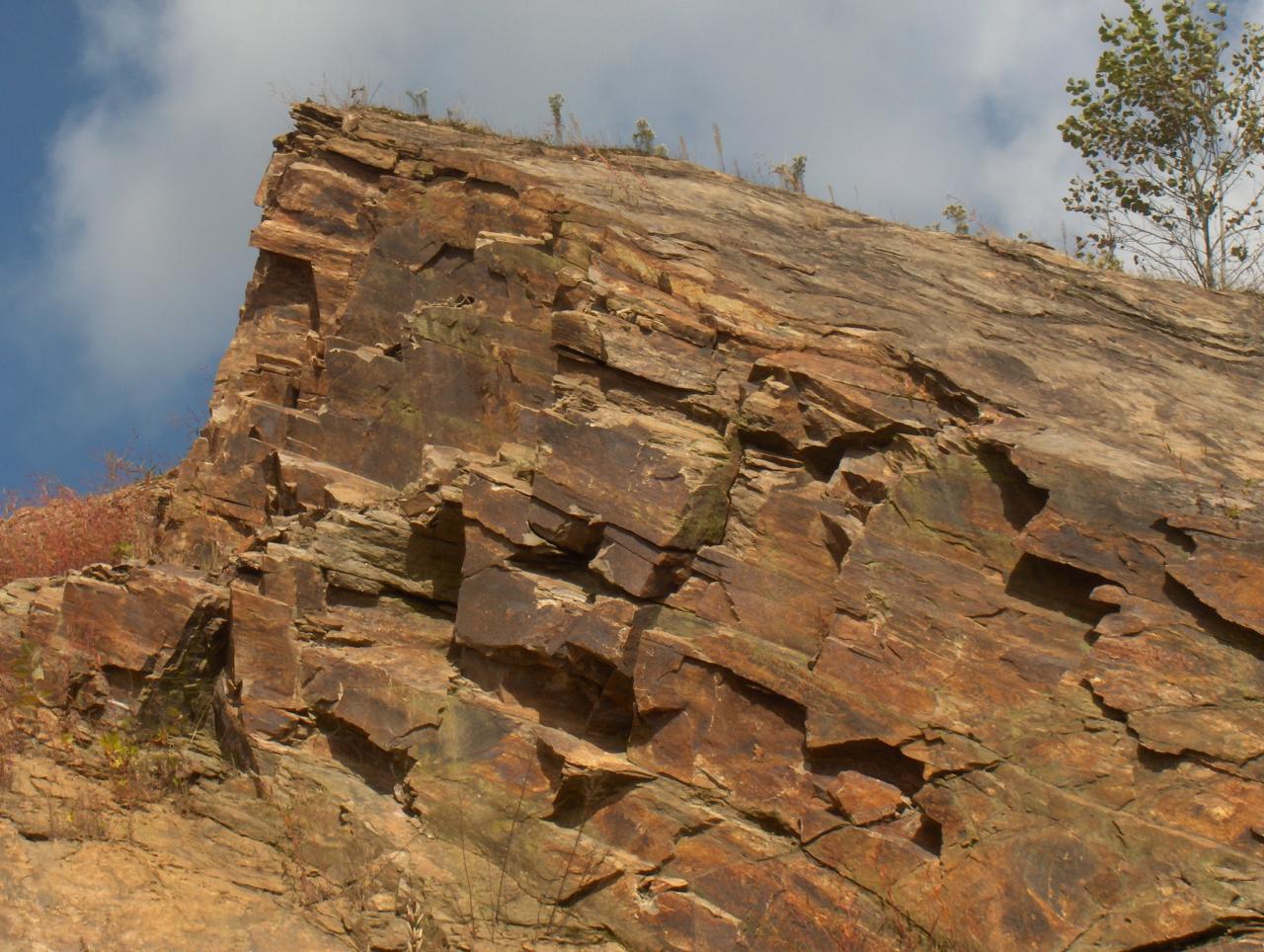 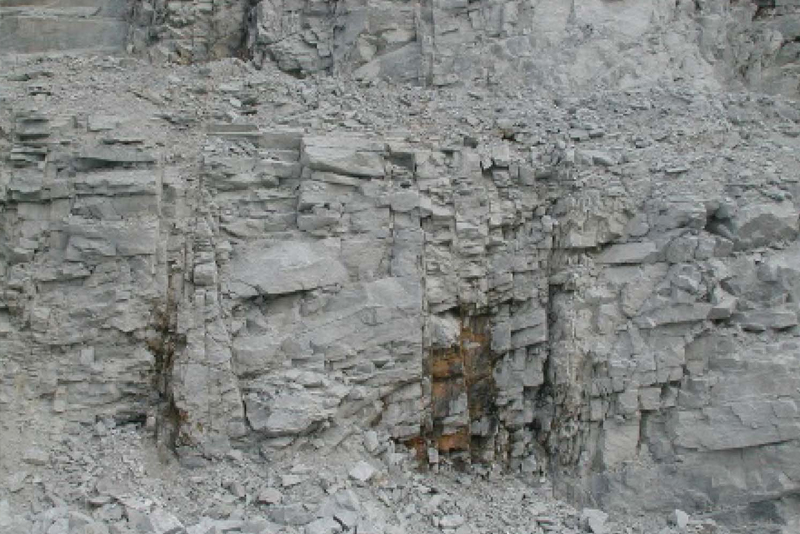 All it takes is for one chunk to fall out at the right place, and: instant door!

Mick this is clearly a doorway or an alien portal. Oh I bet their cloaking device malfunctioned and exposed the door. Sounds like a Star Trek episode I saw once. Someone get an expert on alien portals to comment please. Is Jeremy Corbel available? Has he tweeted this out yet?

Rocky said:
Mick this is clearly a doorway or an alien portal.
Click to expand...

nah. maybe a busstop alcove. pretty sure i see a back wall.

Let's get Joe McGonigle to do some remote viewing and clarify this for us.
D

I dont see any "doorways" in the earth examples or the red marked ones on mars.

The examples on earth also provide a place for the rocks to fall down and all resemble stalagmite like structures.

That being said, the biggest argument against a real door is that it doesnt lead anywhere if we zoom in.

PS: isnt it funny how these aliens always have super modern, sleek designed crafts but their supposed space bases look like a neanderthal made them with a stick and a rock?

Domzh said:
I dont see any "doorways" in the earth examples or the red marked ones on mars.
Click to expand...

The one on Mars is just a great example. It's not like every hole in an outcrop is going to be door-shaped. There's something of an imbalance here in how many photos are viewed looking for interesting things.
D

i know what you mean and agree. those who want to believe however often demand exact examples and not indications to be somewhat convinced.

take for example the batman balloon UAP. someone came up with a 100% ID, yet they still demanded another 100% ID for the other picture (the silver sphere thing) or otherwise it could still be an alien spaceship..

look up gnome homes or fairy homes maybe, my girlfriend and i used to always see little doors like this (below) in the cliff faces when hiking...of course we were looking because she was into fairies and gnomes
quick google 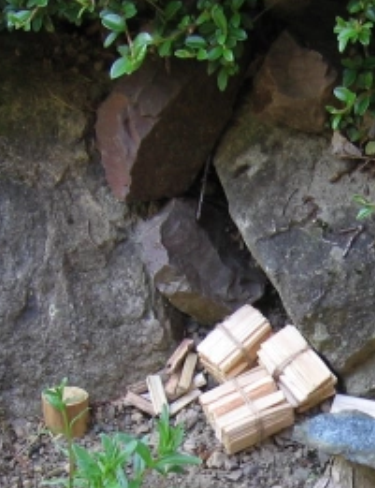 or from india a big one 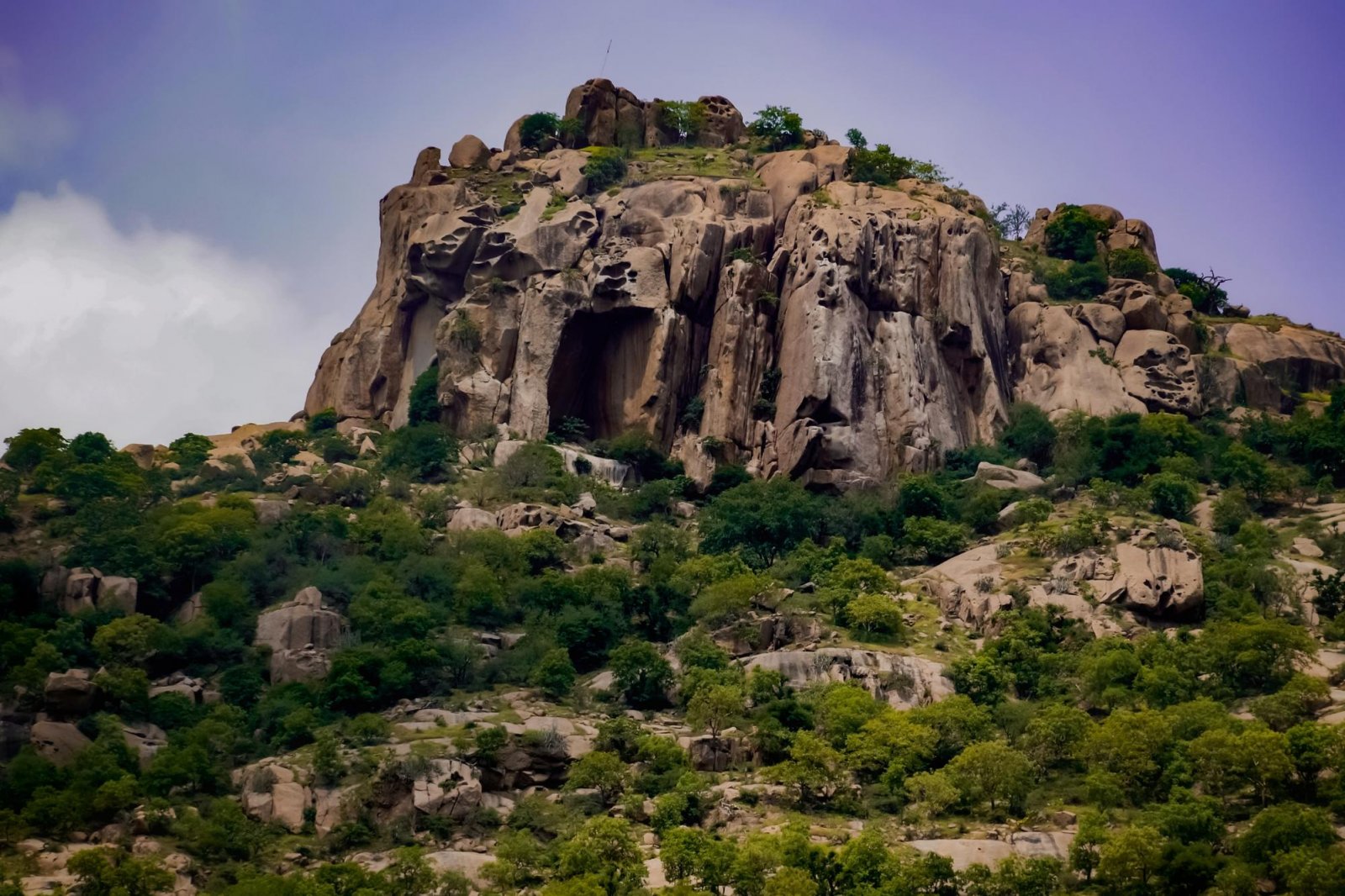 or from Micks link, this is almost the same it just had its roof collapse where the op one still has its roof (for now) 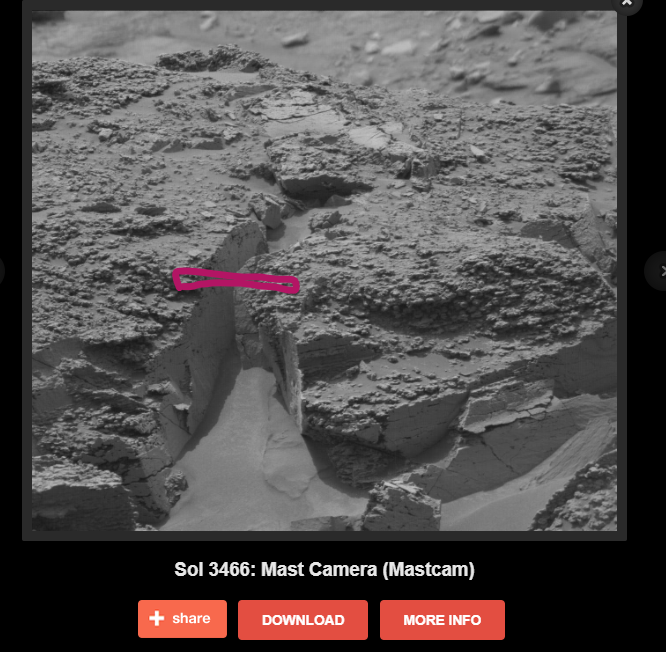 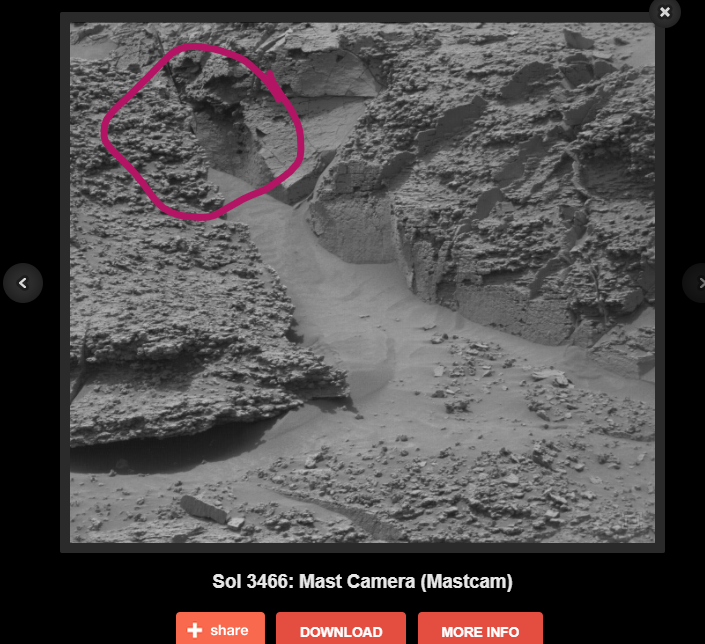 or ..this one only has one side of its door but has most of its roof 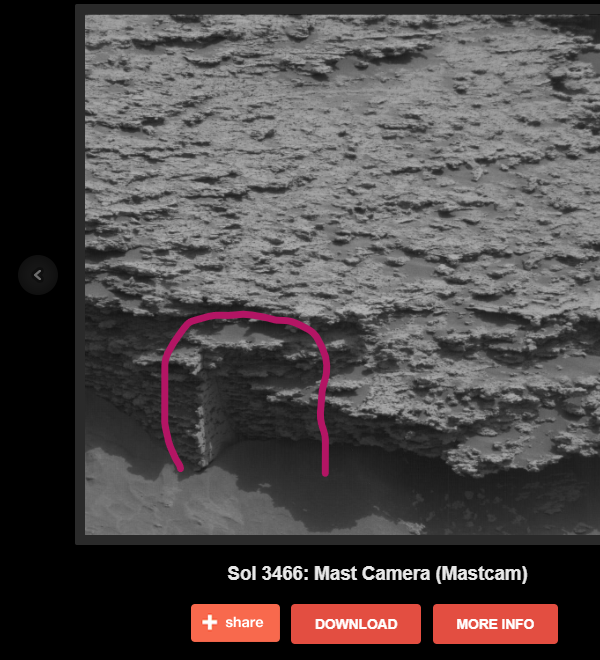 The long straightish fracture prominent in the original photo is the kind of thing that could create a feature that resembles a structure. Earthquakes (Marsquakes?) which could cause that occur there, and a large one was measured a couple of days ago. 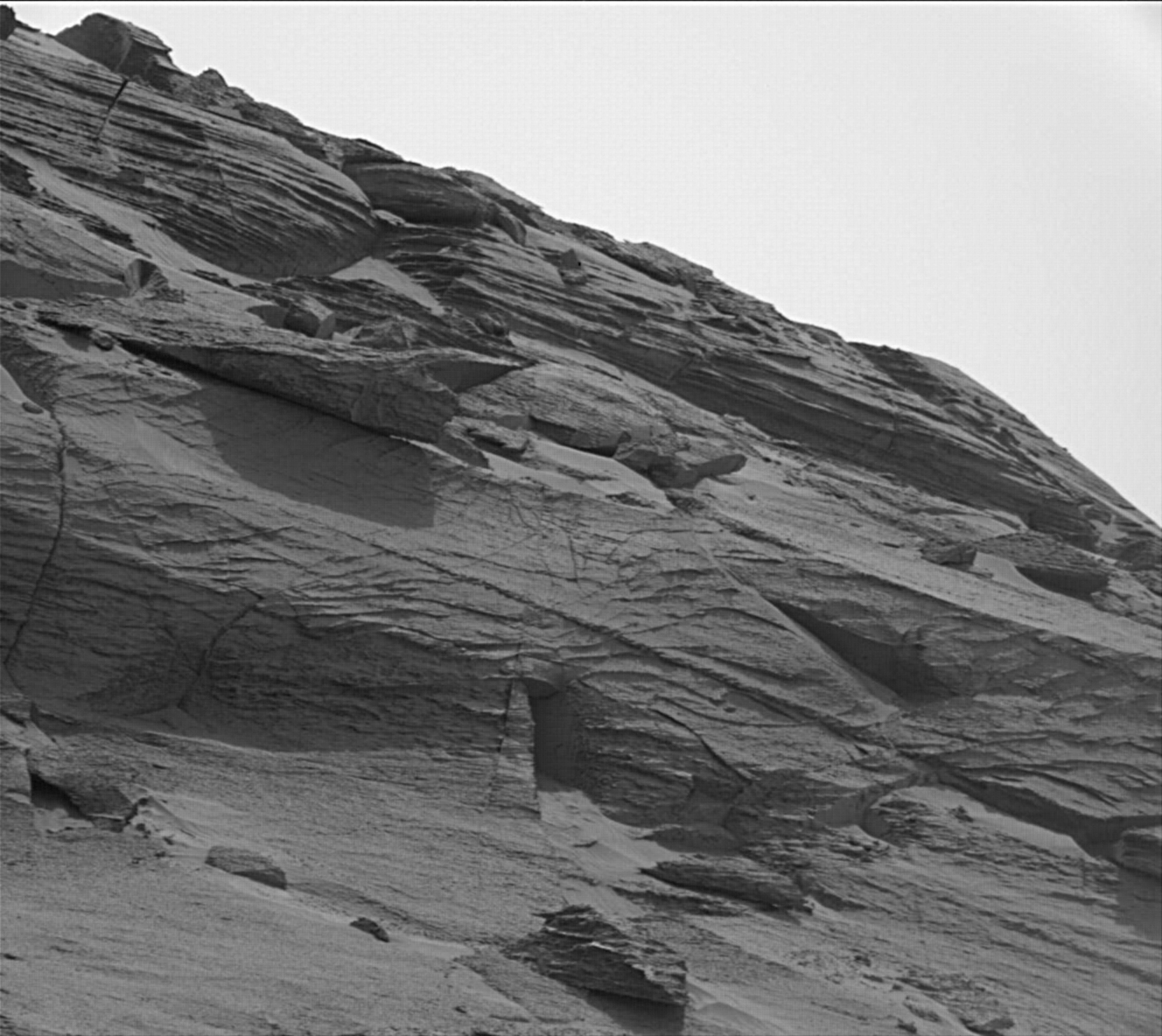 definitely, because now the geometrical shape is gone (not perceivable) that suggests "man made"

edit: by the way, what is this "rock" made of, is it actual stone like sandstone? it almost looks "clayish"
N

Is there someone in the shadows lookimg at the camera? 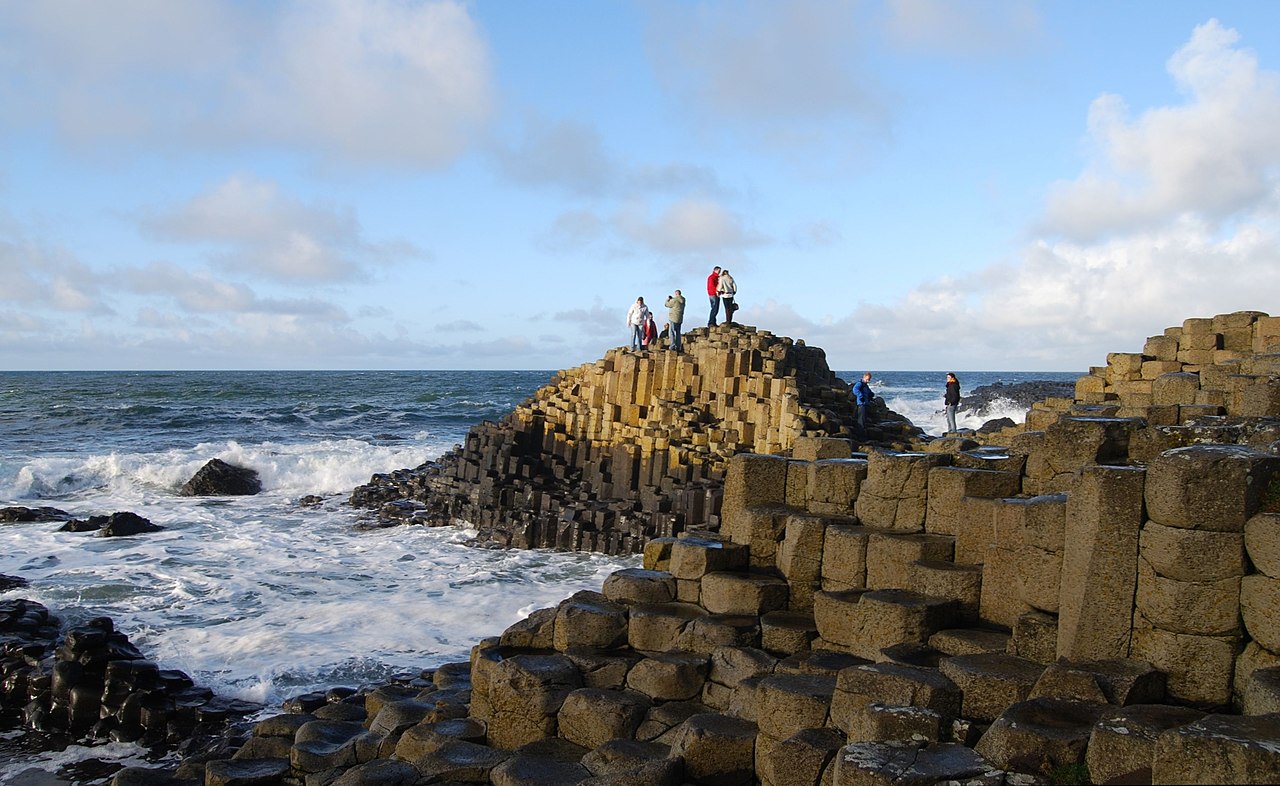 "Looks like a doorway" is not sufficient evidence for it being a doorway.

Domzh said:
definitely, because now the geometrical shape is gone (not perceivable) that suggests "man made"

edit: by the way, what is this "rock" made of, is it actual stone like sandstone? it almost looks "clayish"
Click to expand...

Curiosity is in Gale crater. From wikipedia:
"

Orbital THEMIS and topography data, plus visible and near-infrared images, were used to make a geologic map of the crater. CRISM data indicated the lower bench unit was composed of interstratified clay and sulfates. Curiosity explored the stratigraphy of the crater consisting of the Bradbury Group and the overlying Mount Sharp Group. Formations within the Bradbury Group include the Yellowknife and Kimberley, while the Murray Formation is at the base of the Mount Sharp Group. The Bradbury Group consists of fluvial conglomerates, cross-bedded sandstones, and mudstones reflecting a basaltic provenance. Sandstone clinoforms indicate deltaic deposits. The Murray Formation is a laminated mudstone overlain by a cross-bedded or clinoform sandstone, though in places the base is a conglomerate. Thus, the formation is interpreted to have been deposited in a lacustrine environment adjacent to a fluvial-deltaic one. The Murray Formation is overlain by clay and sulfate-bearing strata.[20]"

So...lots of possibilities. I've got a question out to a geologist working on that project, so if I learn more about that particular spot I'll let you know.
W

Not a door, but a lovely picture. I still can’t get over how mind-blowing it is to see another planet’s landscape as if I were standing there myself.

Domzh said:
definitely, because now the geometrical shape is gone (not perceivable) that suggests "man made"

edit: by the way, what is this "rock" made of, is it actual stone like sandstone? it almost looks "clayish"
Click to expand...

"It is basaltic sand (like basically everything on Mars), but this, in particular shows great laminations associated with the previous migration of ancient sand dunes (now rock)."
N

Is there a way to meassure the door size?

An awful lot of people think this is a door. Don't knock it

nmarsollier said:
Is there someone in the shadows lookimg at the camera?
Click to expand...

nmarsollier said:
Is there a way to meassure the door size?
Click to expand...

I've been digging for ways to scale and range images from MASTCAM, but haven't found anything yet. I would think that since it's a stereoscopic camera setup, the range data exists for it somewhere. On the other hand, they might be limiting the capture or transmission of that data for something with a higher priority.
N

Well in that article they claim, that the size is 30cm x 40cm.

Well in that article they claim, that the size is 30cm x 40cm.
Click to expand...


“the mighty ships tore across the empty wastes of space and finally dived screaming on to the first planet they came across - which happened to be the Earth - where due to a terrible miscalculation of scale the entire battle fleet was accidentally swallowed by a small dog.”
― Douglas Adams, The Hitchhiker's Guide to the Galaxy

Well in that article they claim, that the size is 30cm x 40cm.
Click to expand...

the agency’s Jet Propulsion Laboratory (JPL) told Snopes that it actually was a “very, very, very zoomed in shot of a tiny crevice in a rock.”

“The team’s scientists underlined just how small [the crevice] is: roughly 30 centimeters wide and 45 centimeters across (11 by 17 inches),” a JPL spokesperson said via email. “They said there are linear fractures throughout this outcrop, and this is a location where several linear fractures happen to intersect.”

J
Debunked: Blurred NASA image on Mars [Stitched in part of the Rover]