I've noticed a lot of people analyzing distant hazy mountains, islands, or horizons in photos, and doing like I used to do and either just squint, or try to enhance the images with contrast or levels controls or something. But recently I've found out about the UnSharp Mask filter, which, contrary to what its name sounds like, enhances the sharpness and detail in hazy pictures.

The main advantage of the unsharp mask tool is that it can enhance detail and contrast all across both the light and dark regions of an image in a single pass. Large contrast adjustment on the other hand, tends to make the light regions solid white and the dark regions solid black. Another big advantage is that it tends to be quicker and easier because it often does well with default settings. At less extreme settings, it can simply make pictures a little prettier when they're suffering with too much blue haze. This could be great for low contrast horizon curvature analysis.

I think most image editors have the unsharp mask filter. The version of Gimp that I'm using has it near the bottom of the Enhance section of the Filters menu.

Here is an example of it's effect on an image that was analyzed here on Metabunk previously. 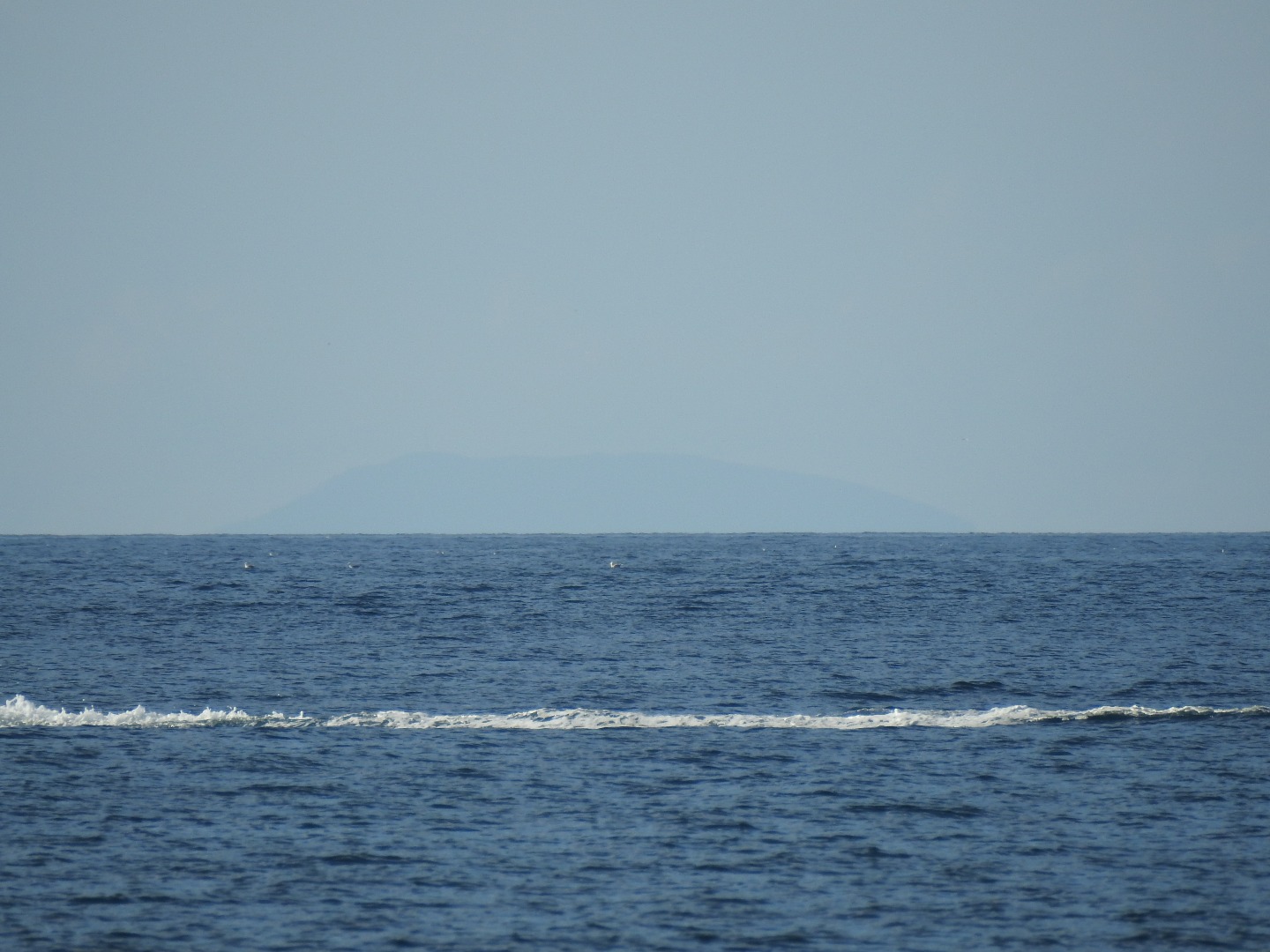 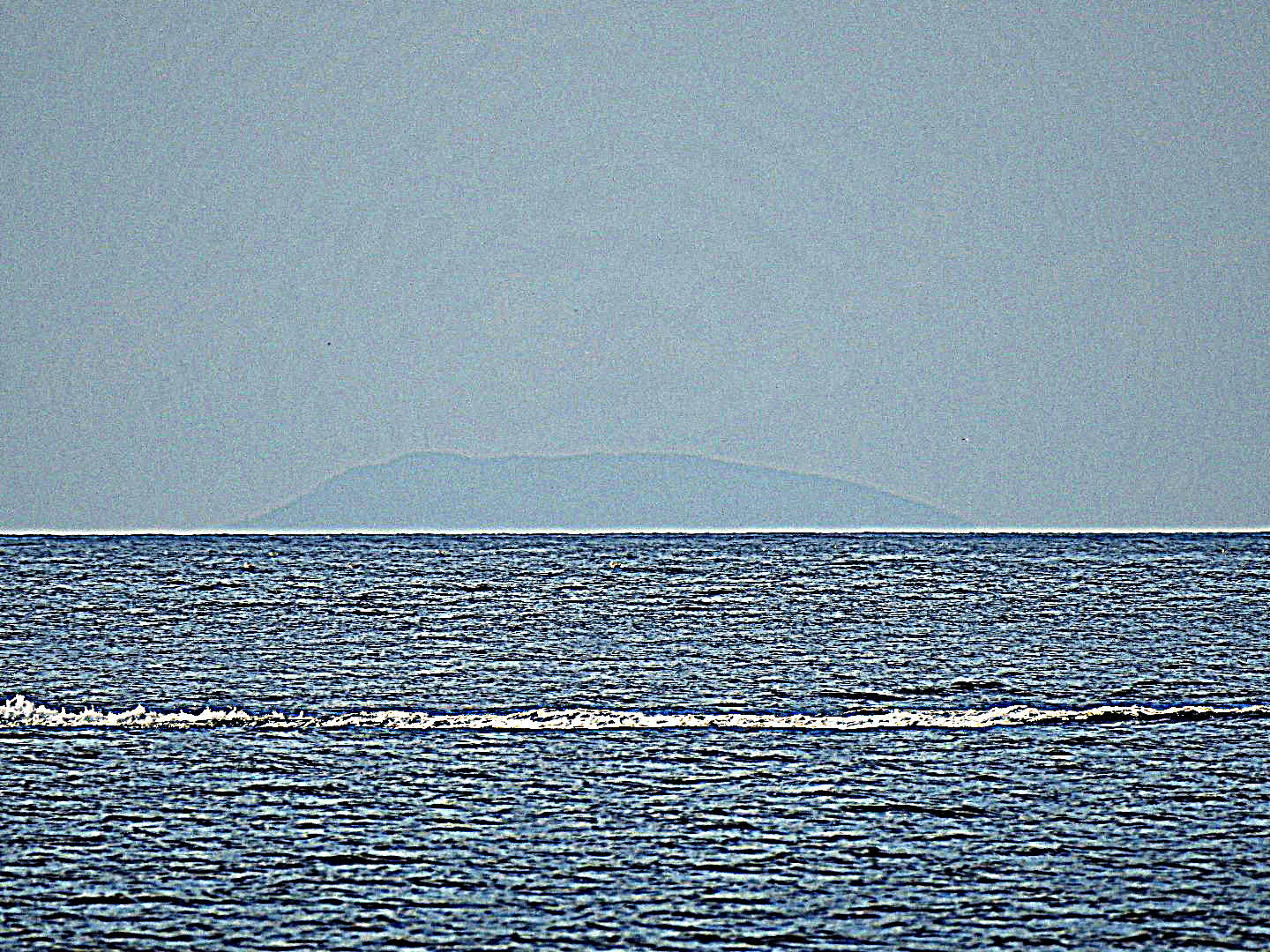 Staff member
There's a variety of techniques I use in Photoshop to see through haze. For a shot like this I'd first try Photoshop's own custom "Dehaze" adjustment under "Filter/Camera Raw" 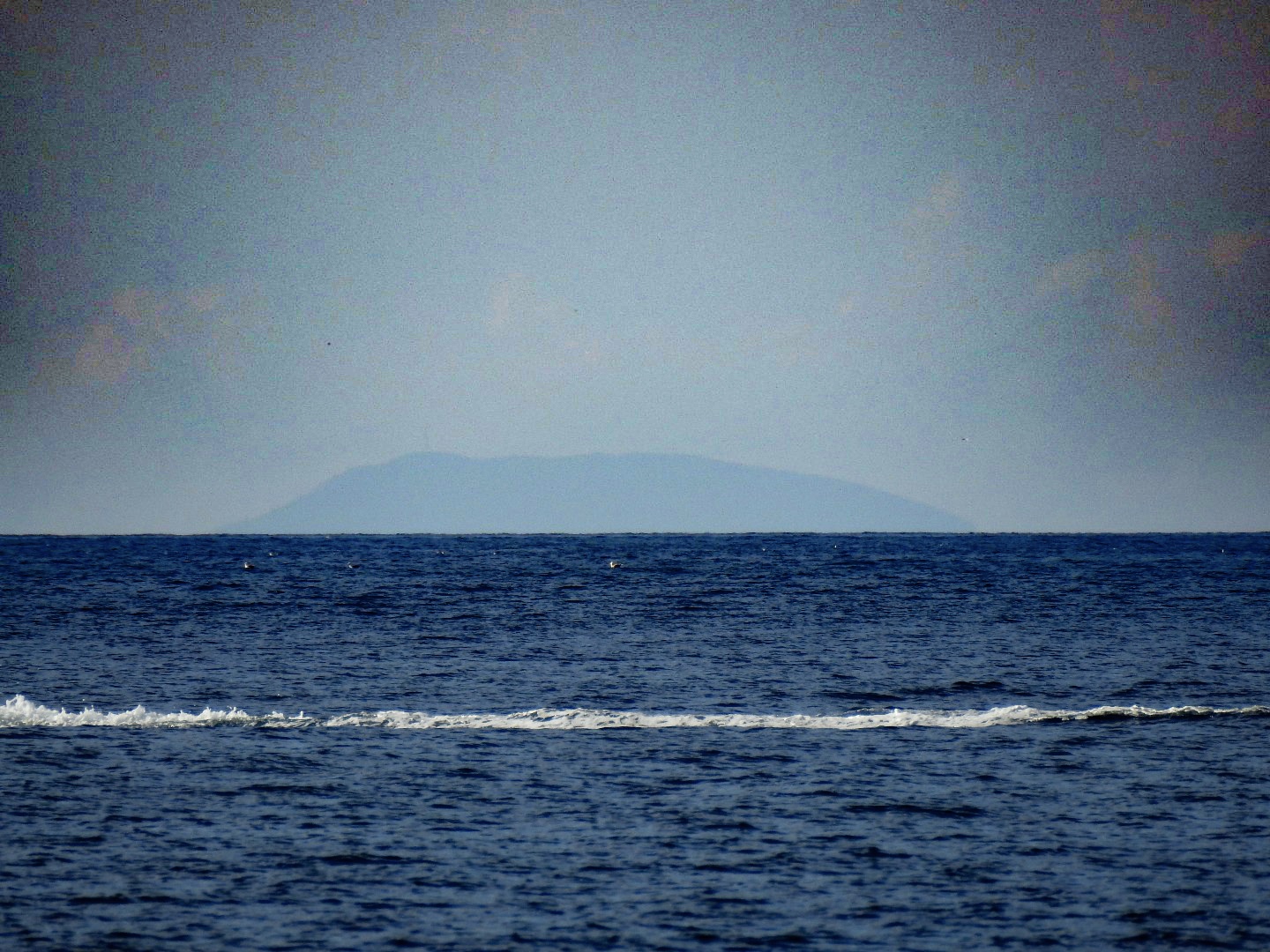 Sometimes it works well to apply this two of three times at 100%, heres a 3x dehaze. Besides the clarification of the island it brings out clouds which were invisible in the original. 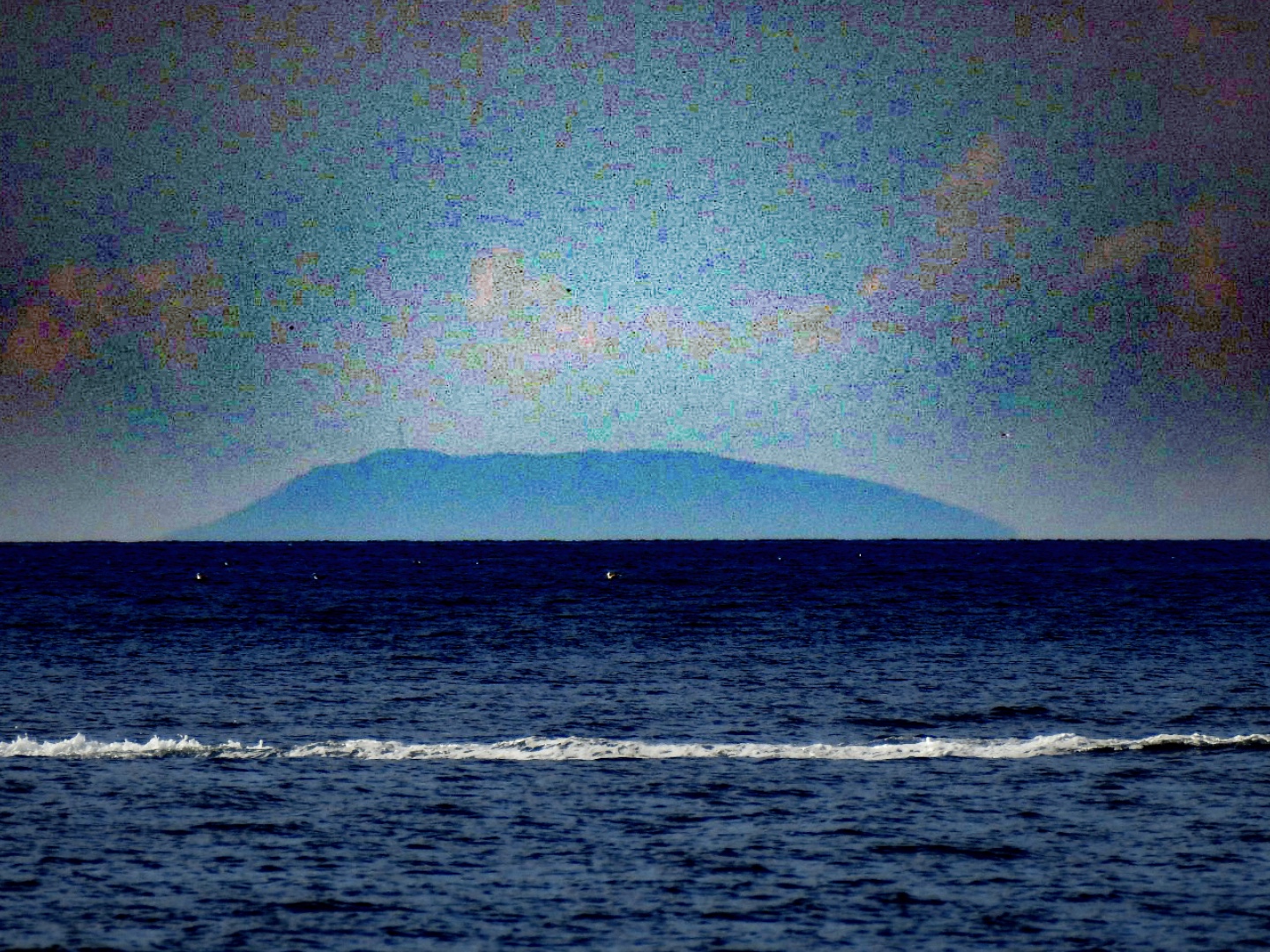 Another camera raw is the "Clarity" filter, which again can be applied multiple times. Here's a 5x 100% Clarity: 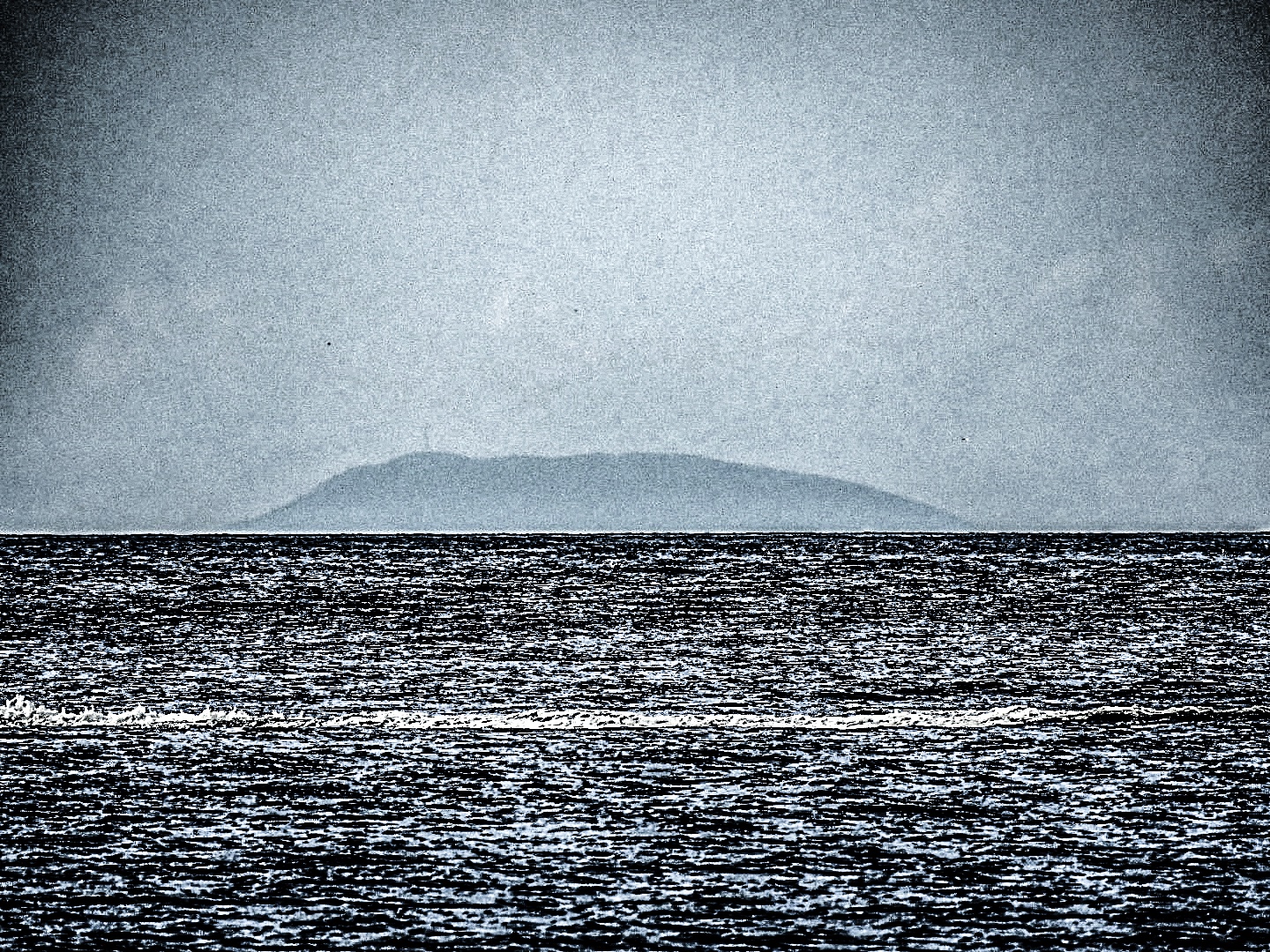 For a sharp outline you can use "Trace Contour". 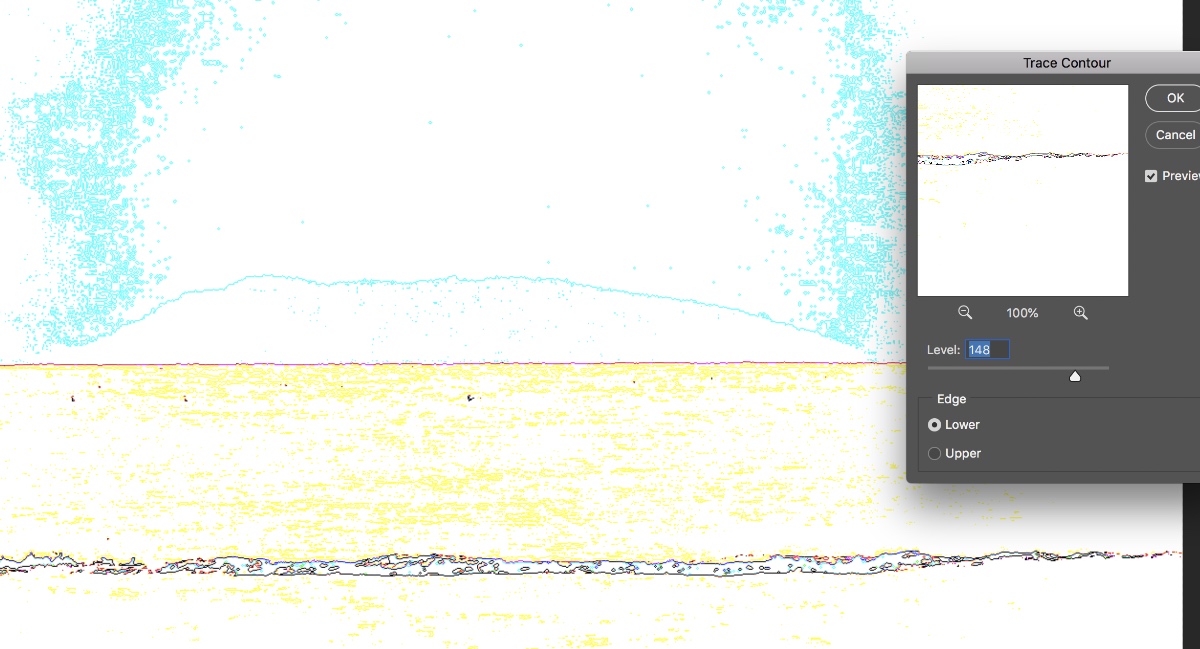 While GIMP does not have this filter it seems like it's got a variety of experimental filters to play with - like the Retinex algorithm https://discuss.pixls.us/t/retinex-algorithm/2255 . I don't use GIMP though,

That Photoshop dehaze filter does a great job. It doesn't seem to put a white line around certain borders like unsharp mask does. I found I already had a bunch of filters installed in GIMP that I didn't even know about in the G'MIC plugin near the bottom of the filters menu. In G'MIC in the "details" group of filters there are several sharpen filters that bring out the mountain, like "sharpen texture" and "freaky details". Dcp Dehaze showed up after I did an internet update of the filters. It's complicated and slow, but looks like it could have potential. Gimp also has Retinex in the Color menu. Retinex does bring out the mountain and clouds some. It looks promising if I could figure out the optimal settings, but a little tweaking of the controls only got moderate contrast enhancement. Two passes just turned everything gray. G'MIC has a Retinex with more adjustments than Gimp's builtin retinex, but it enhances less with the default setting. There are a lot of interesting options I wasn't aware of. I may stick with unsharp mask in many cases though, just for the simplicity.

I tried a free online photo editor, fotor.com. I removed the blue and green channels, and adjusted the exposure and contrast. The red channel should be less hazy for the same reason infrared is less hazy and ultraviolet is very hazy. 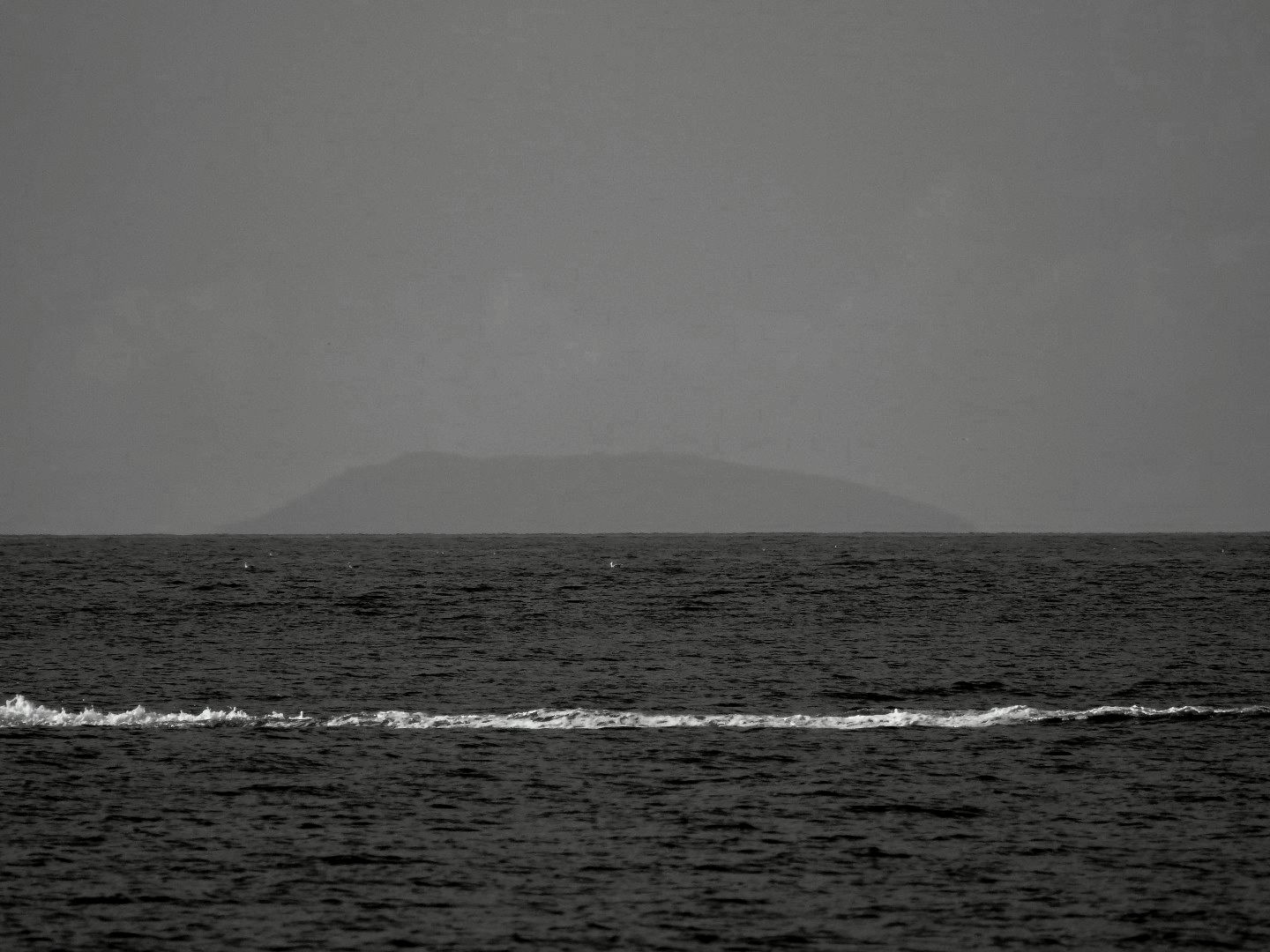 How to Verify that the Sun is a Distant Sphere, with Binoculars & Sunspots