Did Arson and Explosives Investigators Have Access to Ground Zero?

The answer is yes. 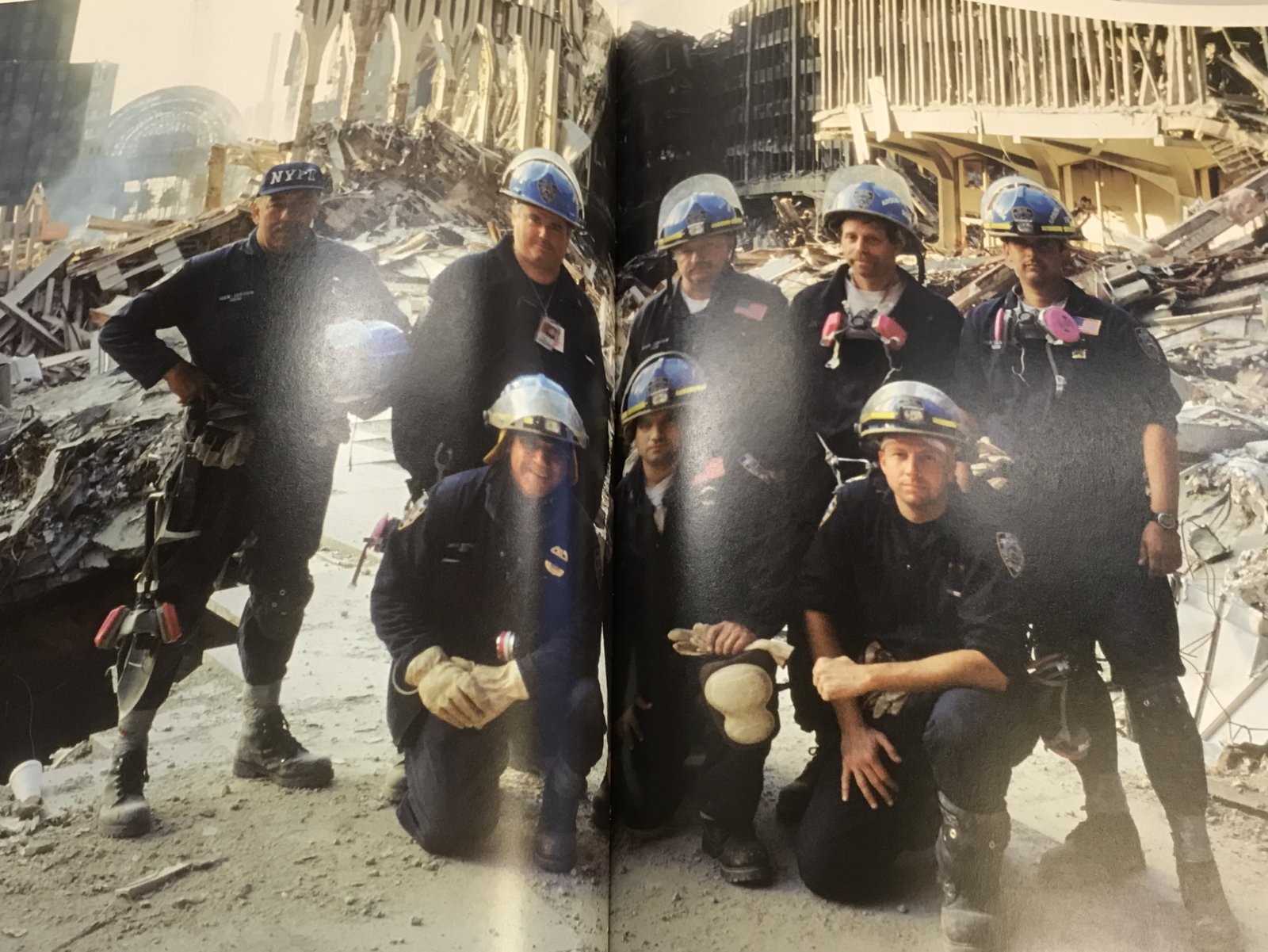 This picture (which is somewhat cropped by virtue of my photo of it) is from pages 98-99 in Joel Meyerowitz's book of ground zero photos Aftermath. There are two captions, one naming each of the detectives of the NYPD Arson and Explosion Squad in the photograph and the other providing the following background:

If angels wore blue and carried guns, they'd look like these guys! Like no other cops I met down there, the men of the Arson and Explosion Squad trusted that what I wanted to do at Ground Zero was on the up and up. They, too, believed in the importance of making a record of the aftermath, and they helped make it possible--risking serious consequences from their superiors by disobeying orders. If it were not for them, there would be no book in your hands now and no World Trade Center Archive for posterity. Besides benefiting from their protection, I enjoyed hanging out with them. New York Detectives have seen it all and heard it all, and out that experience comes humor, wisdom, courage, hard observation, and a genuine tenderness bordering on the poetic. I learned a lot from them and I'm grateful to know those still in service. Thank you, again.

Content from external source
Not only were the NYPD's arson and explosion experts on site, but they were the ones who were pushing hardest to create and preserve a photographic record of the rubble! Has anyone from AE911Truth ever attempted to interview any of these detectives to see if they saw any evidence of explosive devices at Ground Zero?

There were also explosive experts from private contractors there. Here the passages and screenshots from the BBC documentary The Conspiracy Files - The Third Tower": 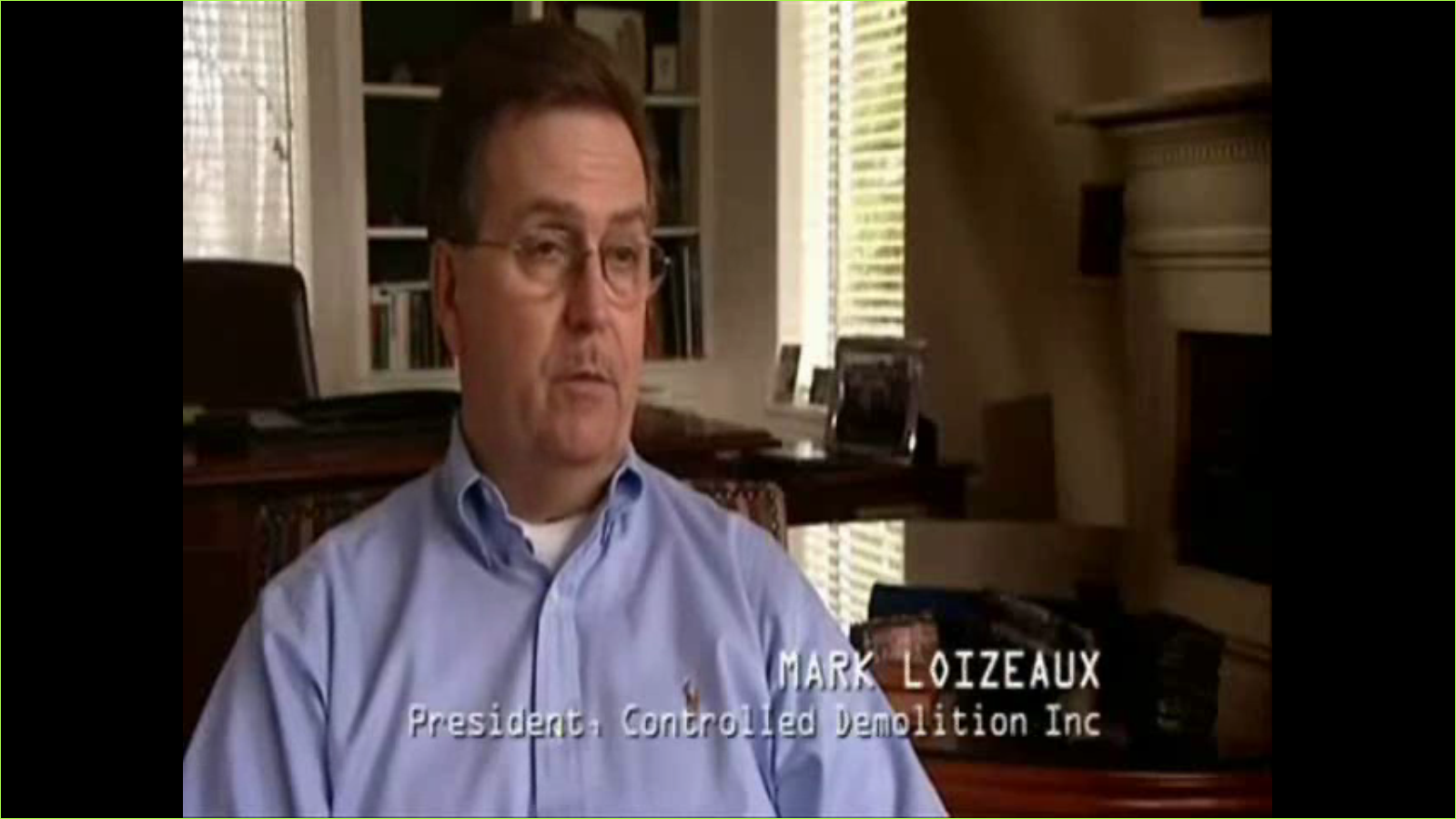 Mark Loizeaux was brought in by the Office of Emergence Management three days after 9/11 to advice on the removal of debris. 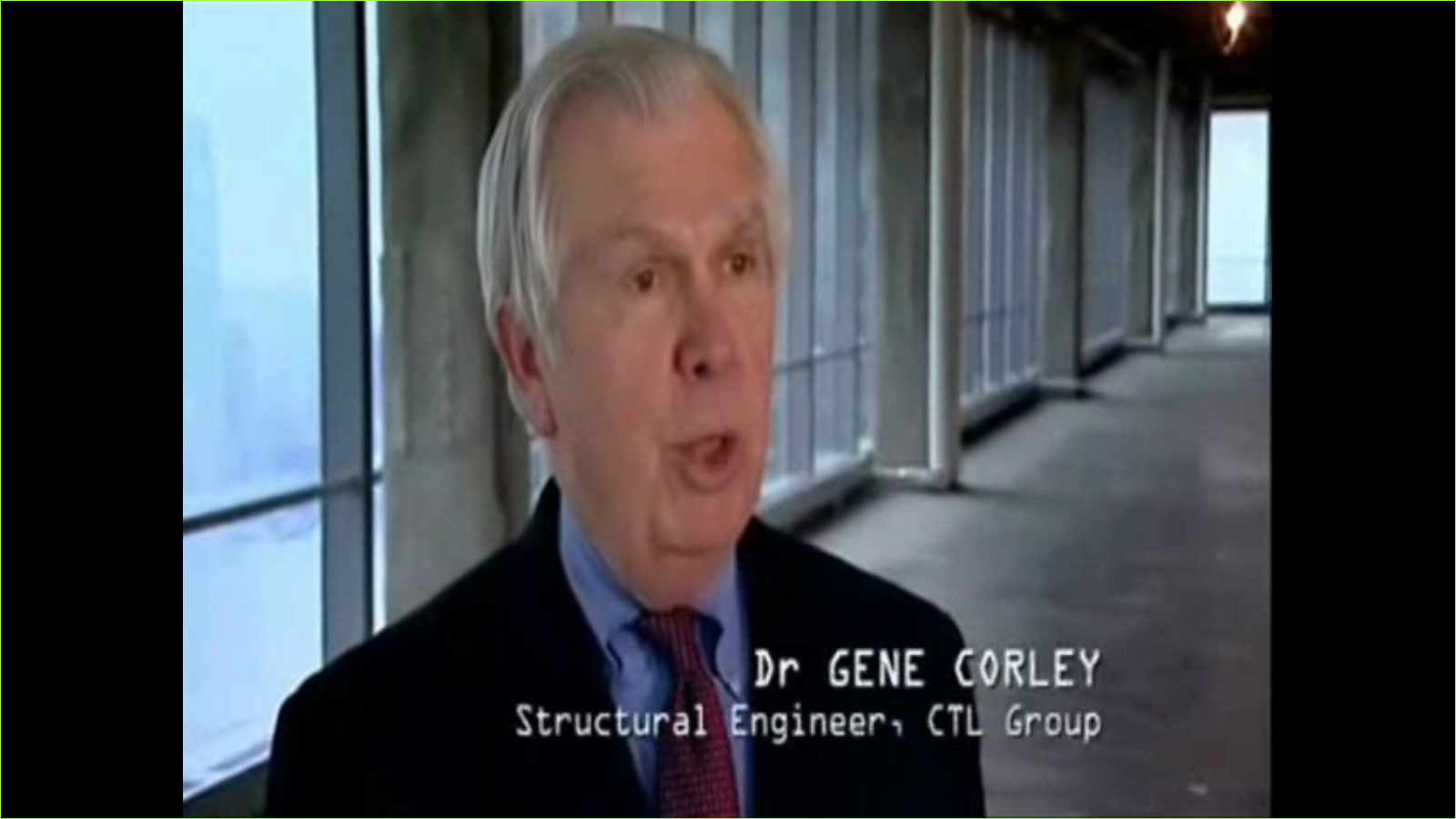 Investigators for the first inquiry by he Federal Emergency Management Agency, or FEMA, were on the scene immediately. Dr Gene Corley was the lead investigator. A structural engineer for 50 years, he did the forensic work on the Oklahoma City bombing, on the Waco fire, as well as the World Trade Center, all subjects of conspiracy theorists.

benthamitemetric said:
... There are two captions, one naming each of the detectives of the NYPD Arson and Explosion Squad in the photograph ...

... Has anyone from AE911Truth ever attempted to interview any of these detectives to see if they saw any evidence of explosive devices at Ground Zero?
Click to expand...

One group that's reaching out to first hand witnesses and doing interviews is the Italian blog "undicisettembre".

I suggest you contact them[*] and provide them with the names and with the relevant information in the book. Oh, and browse their blog - perhaps they have already interviewed members of that squad? Check Italian-sounding names first!


[*] I am on the run and don't know if contact information is available on the blog. I can give you a couple of email addresses, if needed.

On the blog @Oystein recommended there is an interview with Brent Blanchard,

Brent Blanchard is a demolition expert; he serves as Operations Manager for Protec Documentation Services, a world leader in engineering and vibration consulting for explosive demolition projects. He's also a senior writer and editor at the website Implosionworld.com. 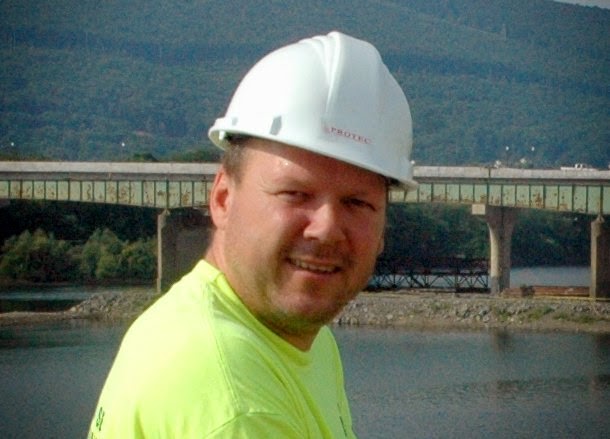 Brent Blanchard: No. There's no evidence. We see the same material being presented year after year, over and over. We are not judge and jury but we do work in the industry and we see it all the time. We do see telltale signs of what to look for, we did work on the cleanup, I was personally on the 9/11 site later in the fall because we were documenting the clean-up effort by multiple demolition crews. My engineering company is not tied to any political organization, we are not even tied to those demolition teams. We are just a contractor, and that was one of our jobs. We have a trained eye and none of us saw any indication of wiring, or cuts, or pre burning or any of the things we see hundreds of times a year on explosive demolition sites. Given the amount of time we worked there, if we had seen some of it we would have taken note of it. We would have seen if something didn't look right. Not only my team, but all demolition teams….not a single man saw anything that looked suspicious or that looked like it needed further investigation related to explosive demolition. This all came from conspiracy theorists who are not expert in controlled demolitions at all.

Debunked: There's a plot in this country to enslave every man, woman, and child. JFK
2 3 4