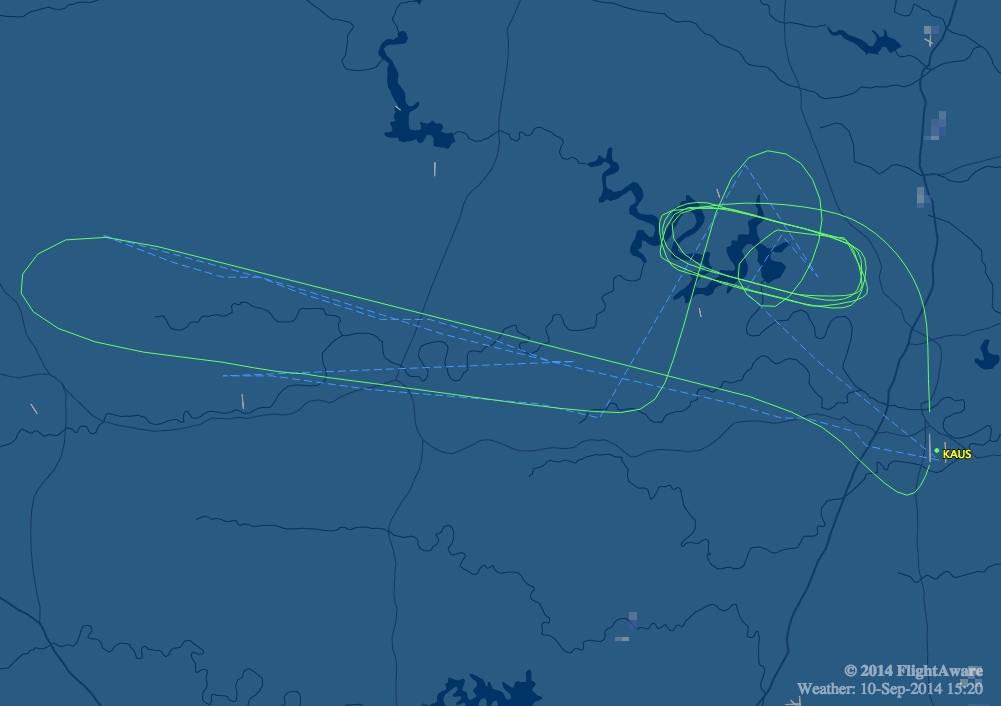 A good example of a holding pattern. In this case they needed to burn off fuel to meet the safe landing weight. The Embraer 175 does not have fuel dump capability, so they have to fly around for a while.


AUSTIN (KXAN) – An Embraer 170 regional jet was forced to return to Austin after it lost cabin pressure shortly after departure.

According to flightaware.com, the plane got up to about 19,000 feet before descending and turning back for Austin. The plane was in a holding pattern burning fuel before landing.

It landed at 5:10 p.m. and was met by emergency vehicles.

No contrails though, as the holding pattern was at 8,000 feet.

That is one ugly holding pattern entry.

doing what ATC tells them to do.

Yeah, on second thought he was in radar control so I'm sure it was an entry that was convenient to everyone. I'm used to entering and holding in non-radar environments so the entry has to be one of the standard choices based on location.
You must log in or register to reply here.