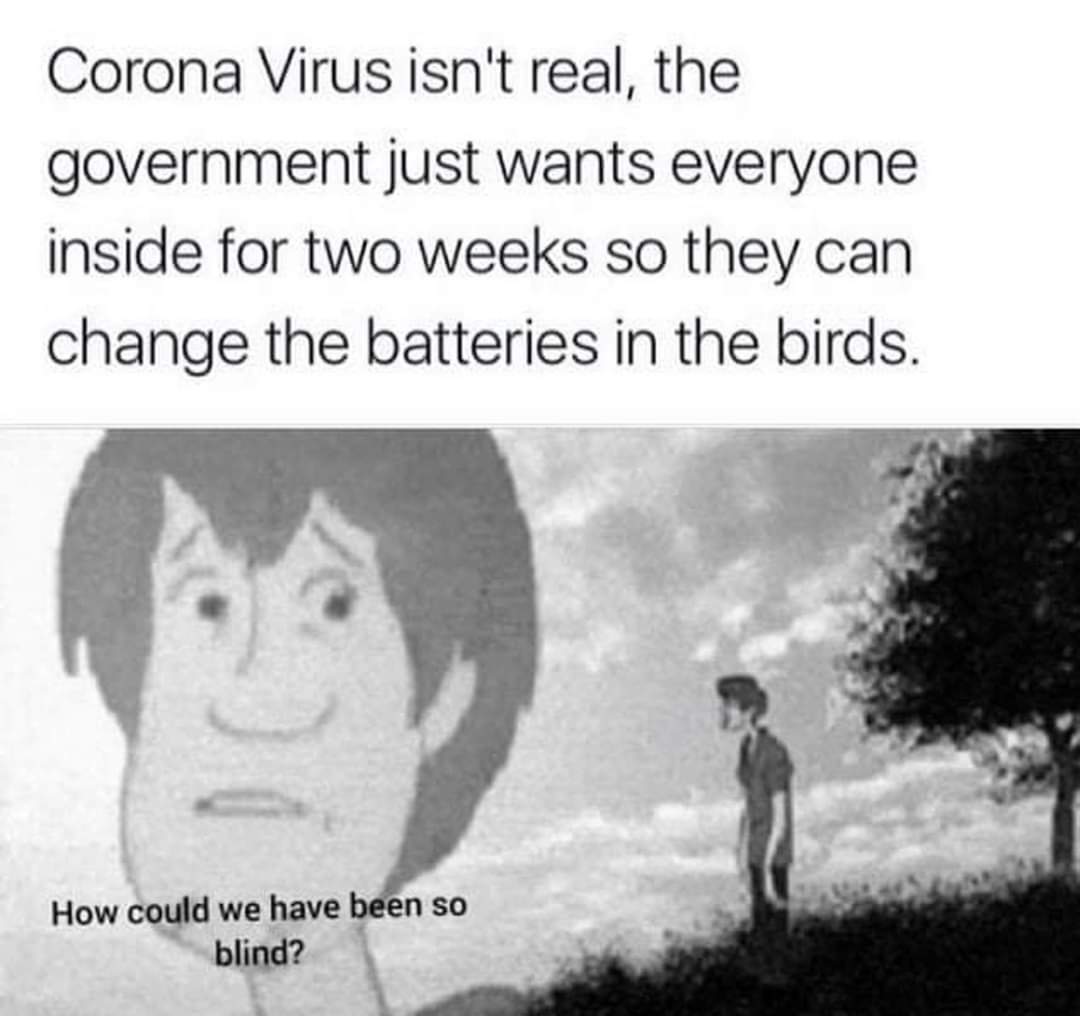 (It's a hoax. Birds are rechargeable, that's why they're sitting on powerlines so much.) 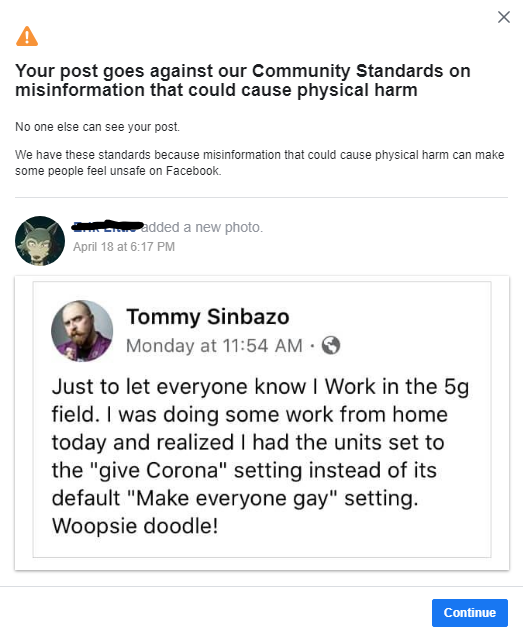 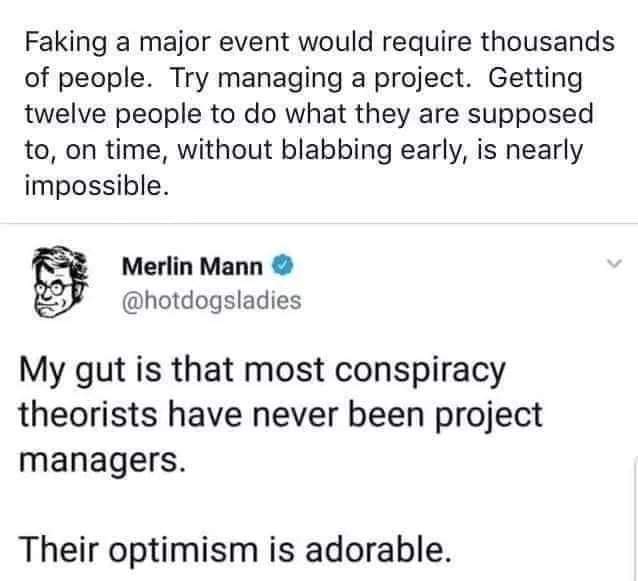 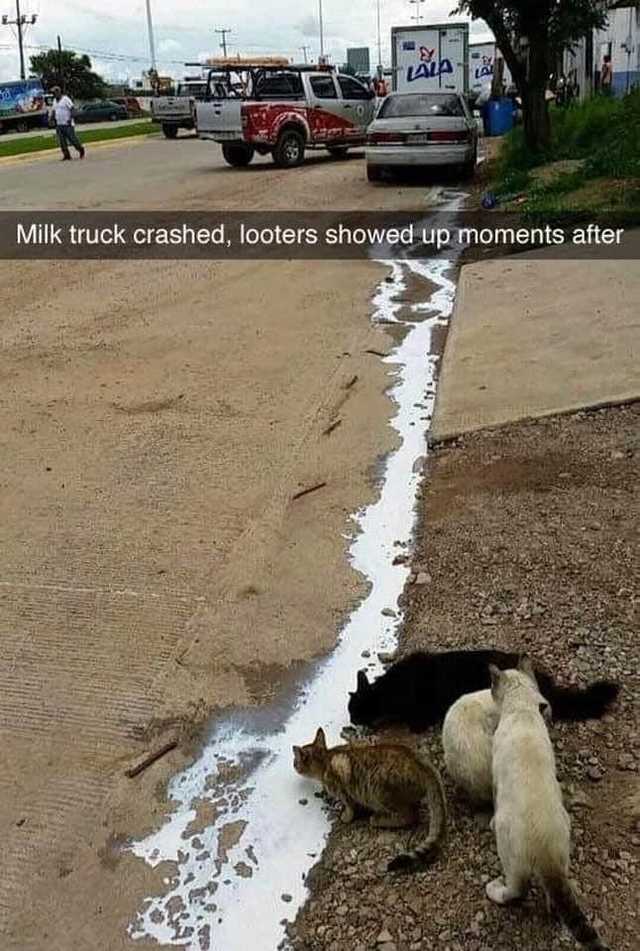 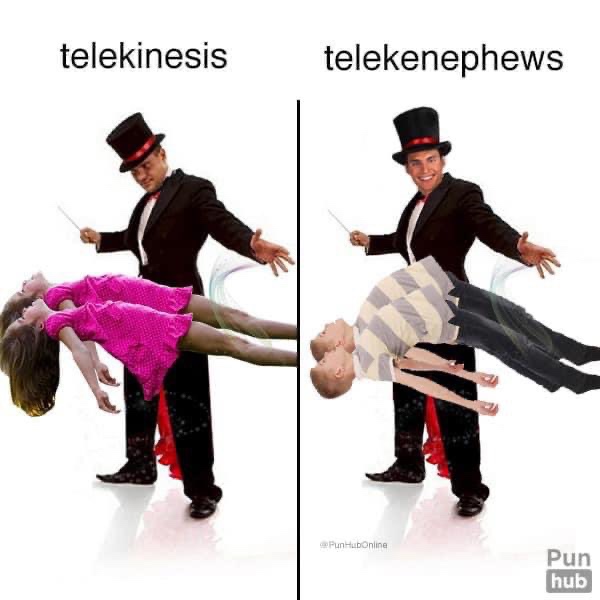 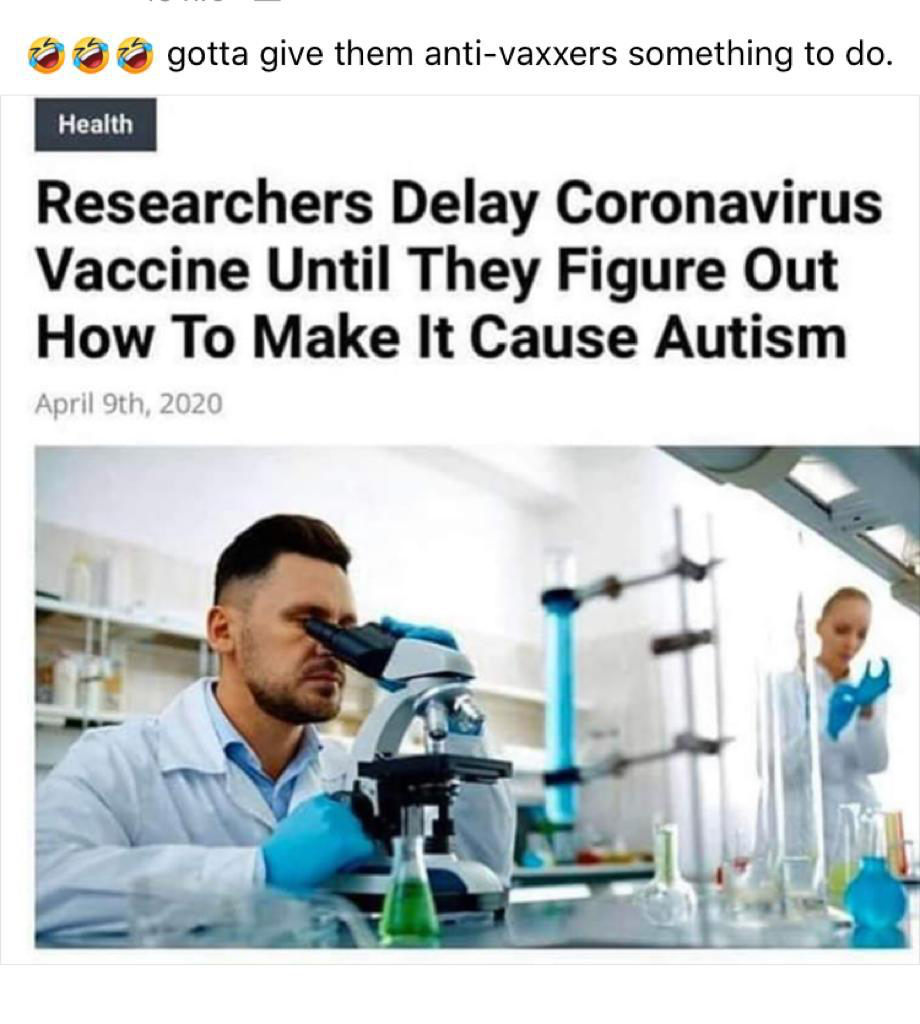 1. So let me get this straight, there’s no cure for a virus that can be killed by sanitizer and hand soap?

2. Is it too early to put up the Christmas tree yet? I have run out of things to do. "actually i been asked to get the 100 foot community tree lights up by end September"

3. When this virus thing is over, I still want some of you to stay away from me.

4. If these last months have taught us anything, it’s that stupidity travels faster than any virus on the planet.

5. Just wait a second – so what you're telling me is that my chance of surviving all this is directly linked to the common sense of others? You’re kidding, right?

6. If you believe all this will end and we will get back to normal just because we reopen everything, raise your hand. Now slap yourself with it.

7. Another Saturday night in the house and I just realized the trash goes out more than me.

8. Whoever decided a liquor store is more essential than a hair salon is obviously a bald-headed alcoholic.

9. Remember when you were little and all your underwear had the days of the week on them. Those would be helpful right now.

11. Remember all those times when you wished the weekend would last forever? Well, wish granted. Happy now?

12. It may take a village to raise a child, but I swear it’s going to take a whole vineyard to home school one.

13. Did a big load of pajamas so I would have enough clean work clothes for this week. 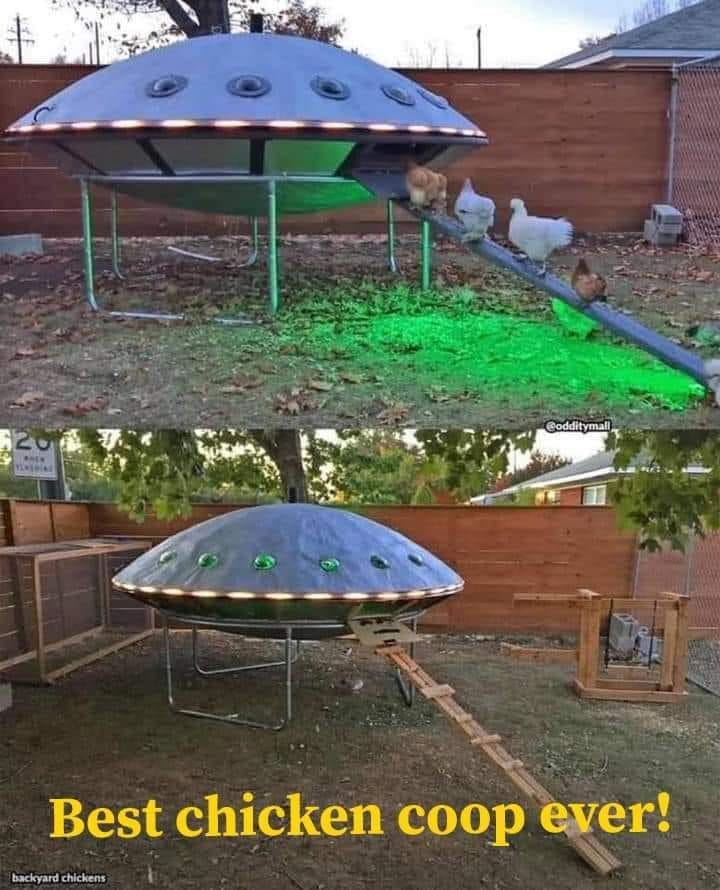 Staff member
That chicken coop reminds me of this case: https://www.metabunk.org/threads/cl...-compound-in-soil-proves-aliens-landed.11366/

So, I decided to see how our dear, beloved flat earth is doing in Google Trends. 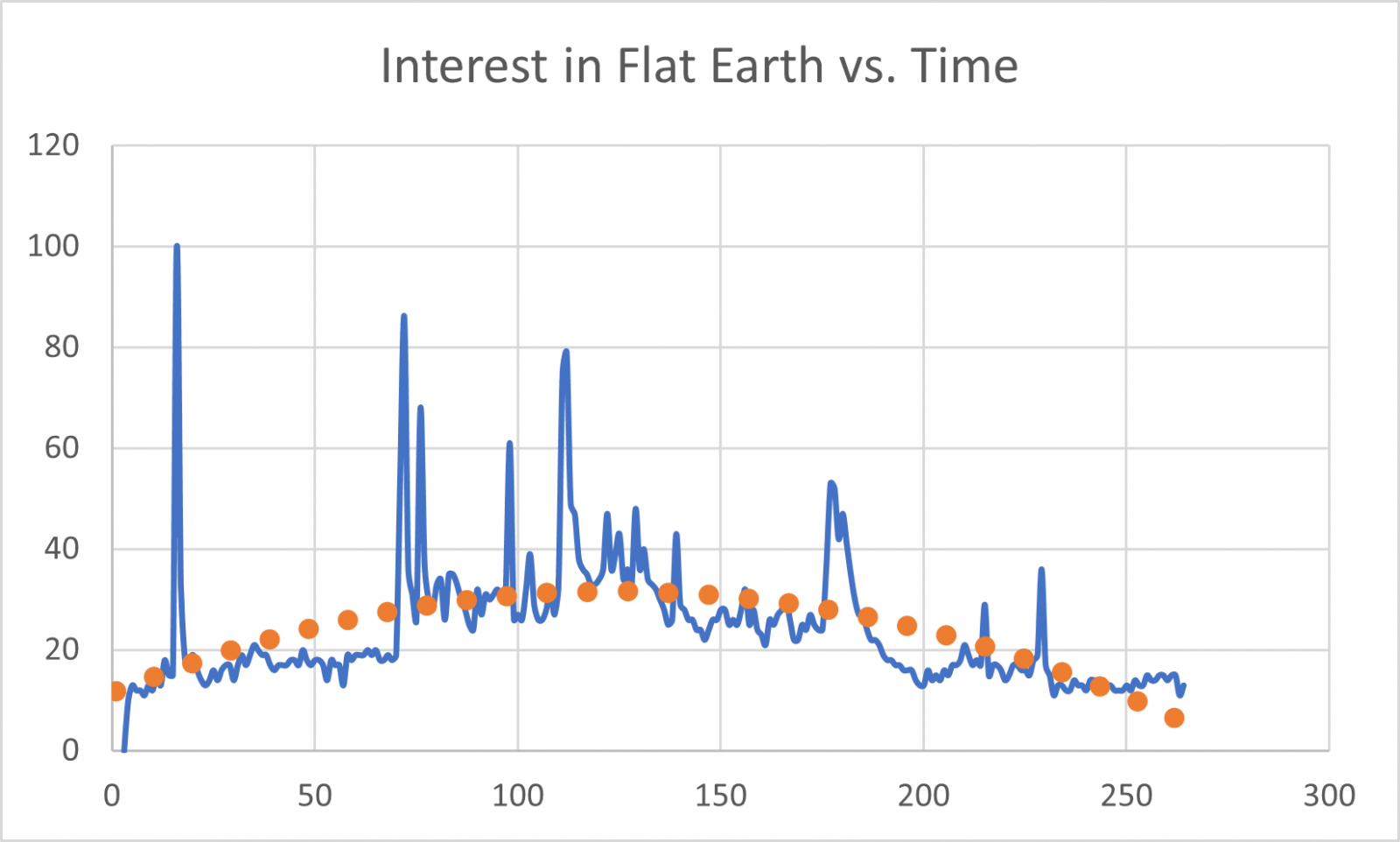 Suffice it to say, they still can't escape the curve.

Made this by downloading the past 5 years of interest data on the subject, plunking it into MS Excel and then adding an x^2 trendline.

I couldn't find out who the original artist is. 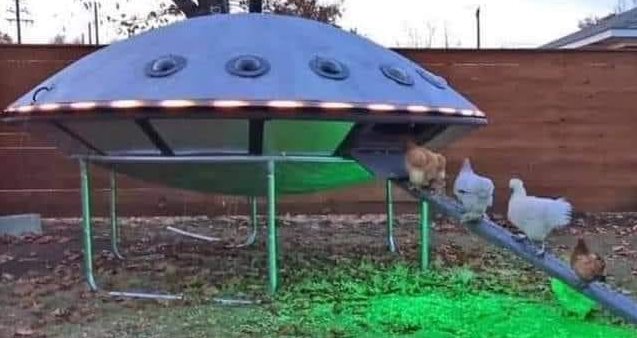 Humans are aliens to fish. 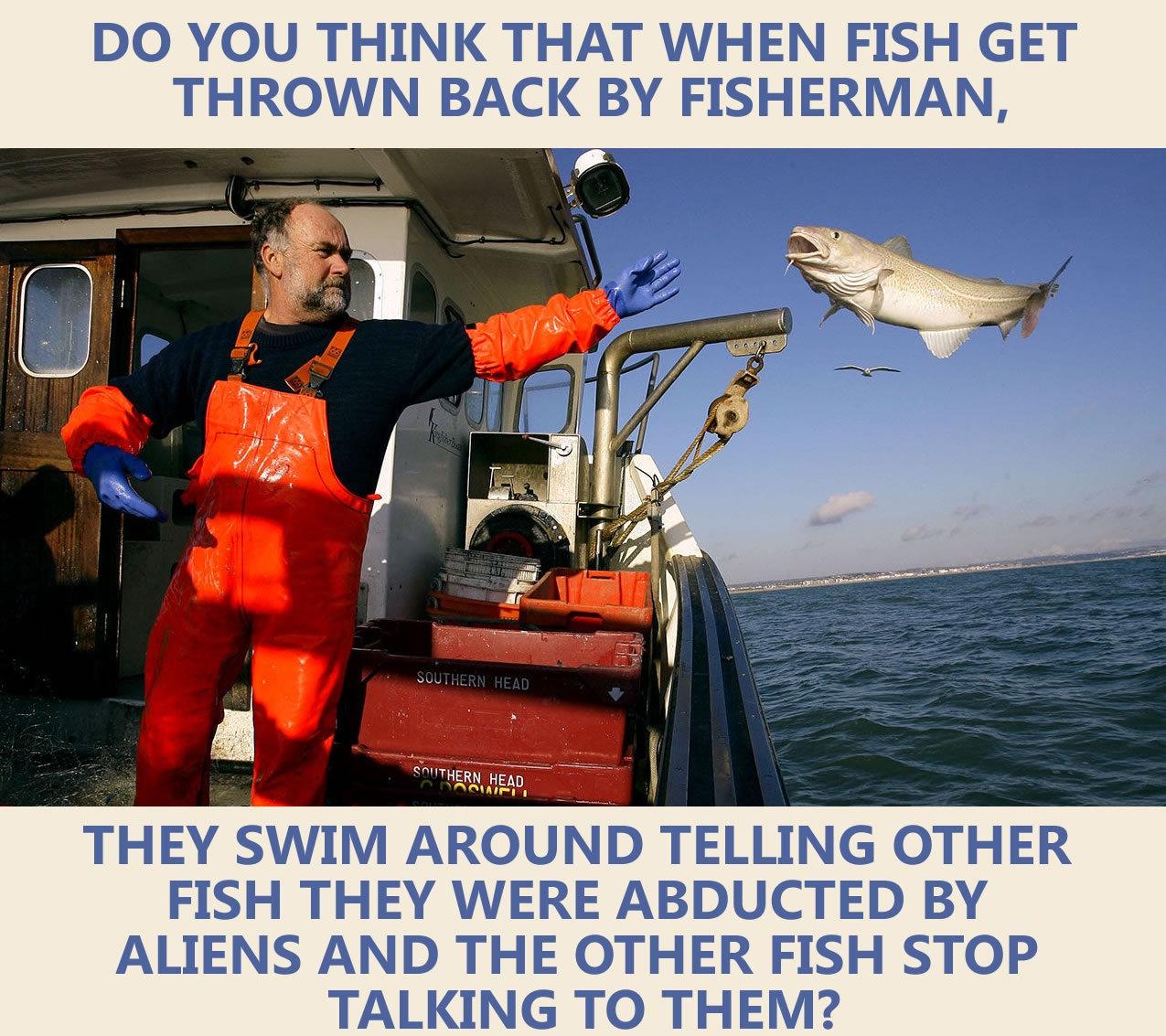 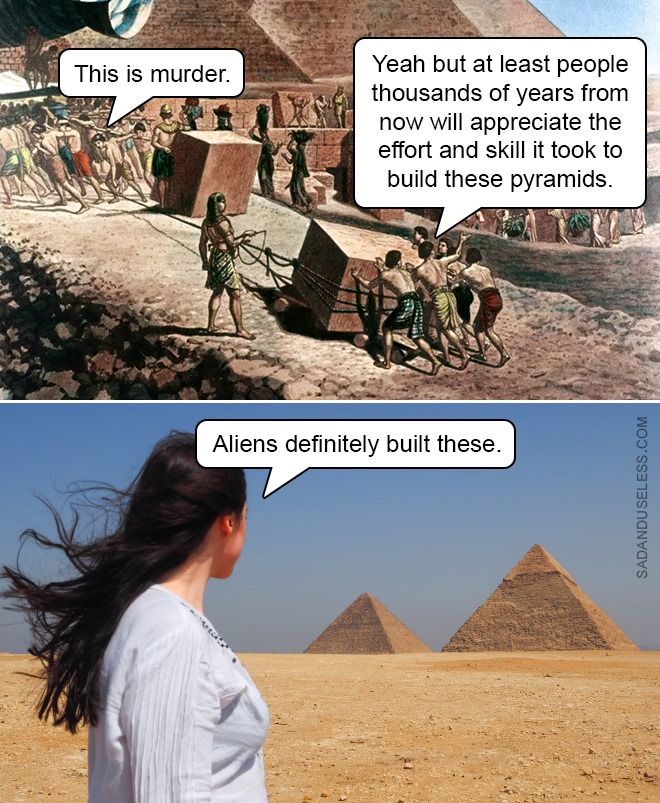 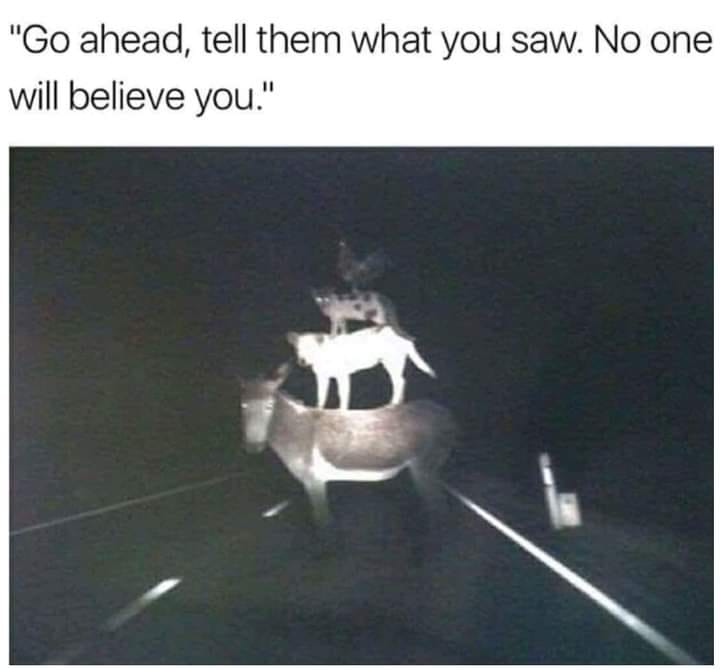 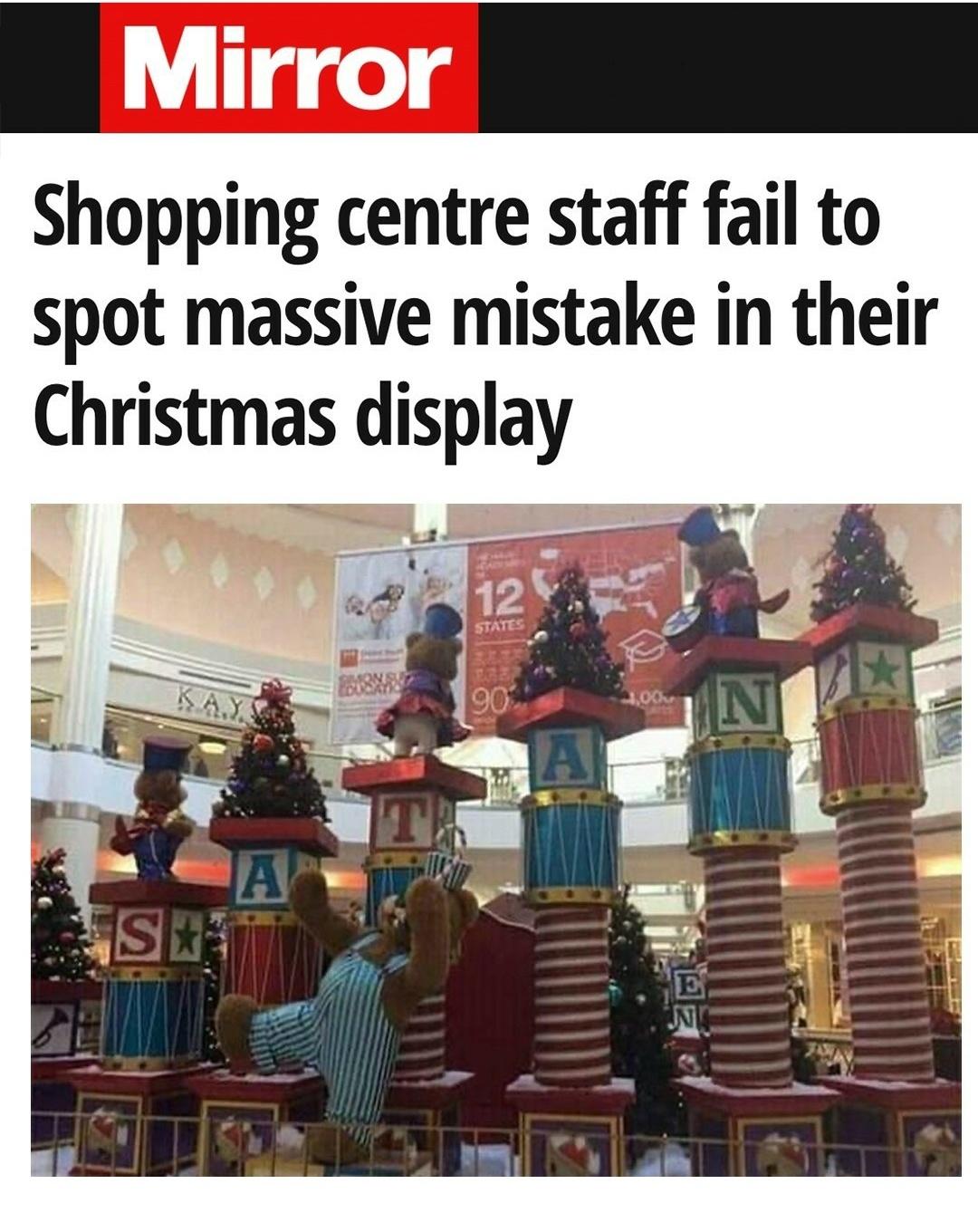 I am guessing that it was photoshopped.... Or whoever put it together forgot to eat a Snickers Bar first.... 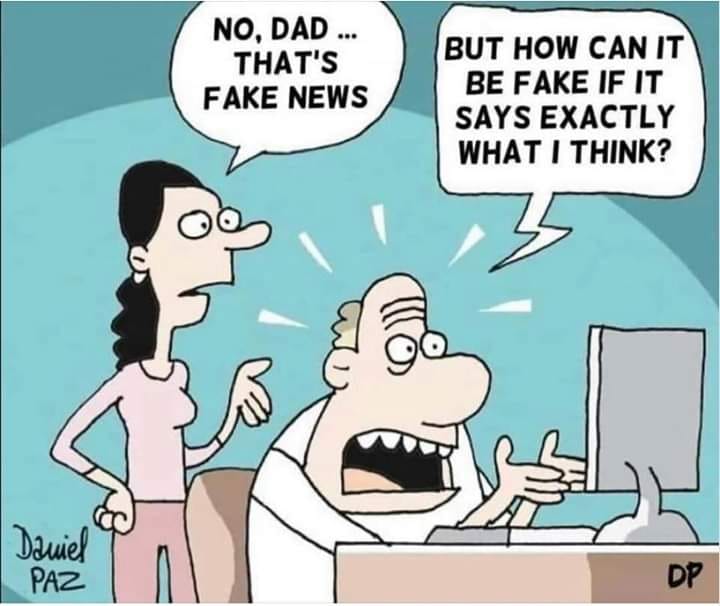 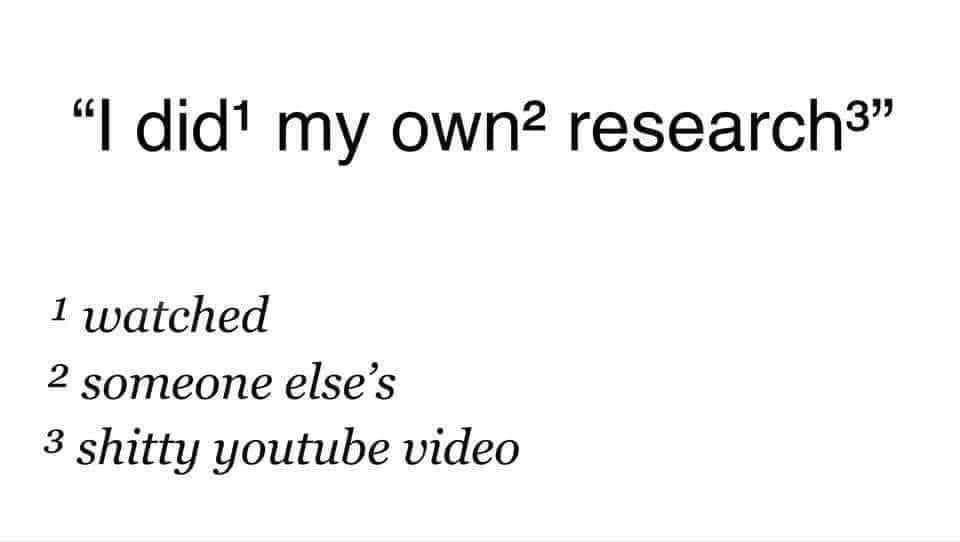 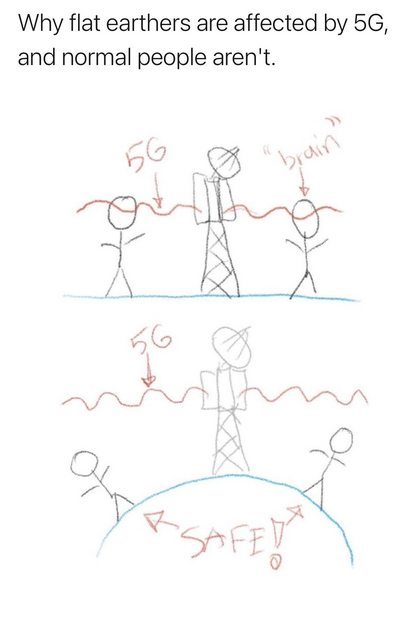 if 5g isnt hitting my brain on a round Earth, then how is my phone working?

deirdre said:
if 5g isnt hitting my brain on a round Earth, then how is my phone working?
Click to expand...

Congratulations, you just unlocked the second level of this joke!

Please, please, this whole thing exists rather than just 19 seconds! 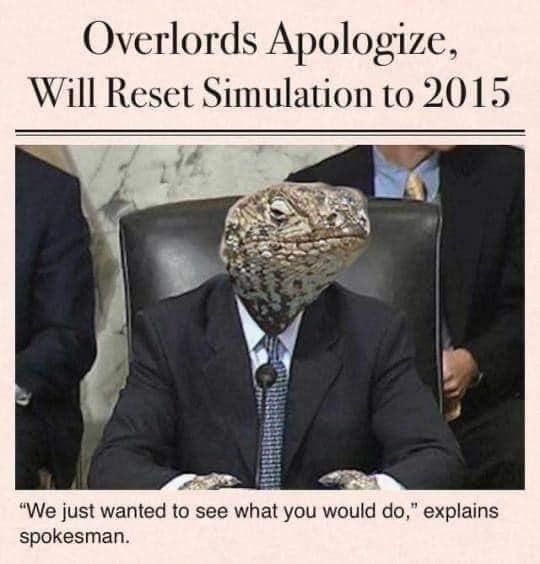 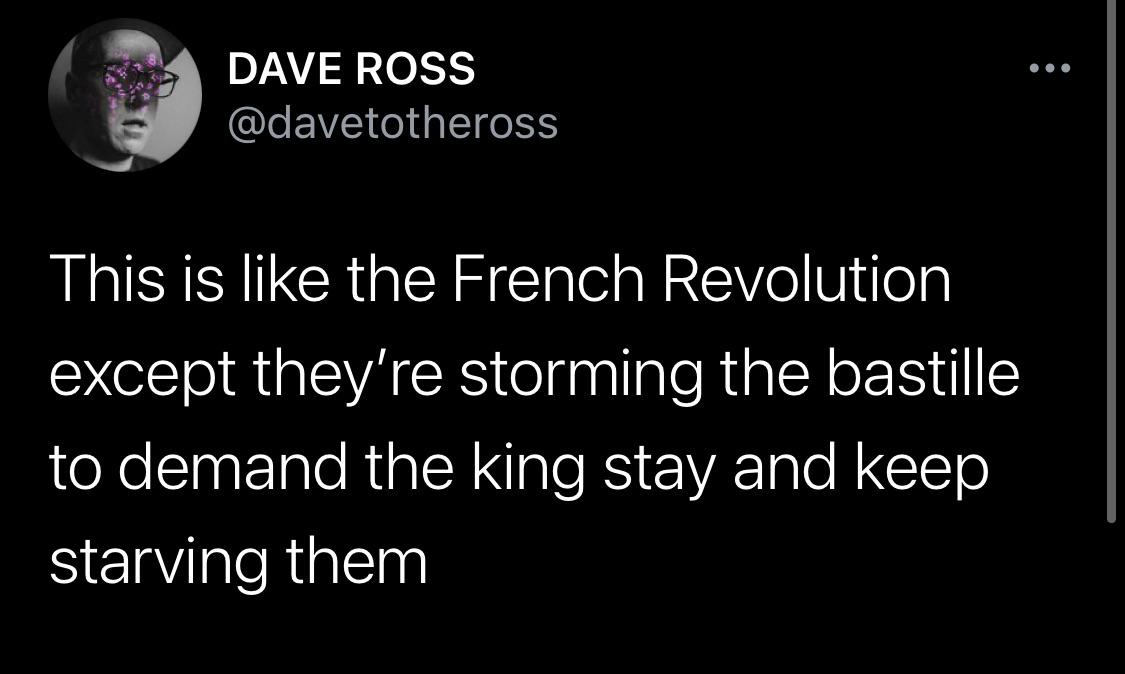 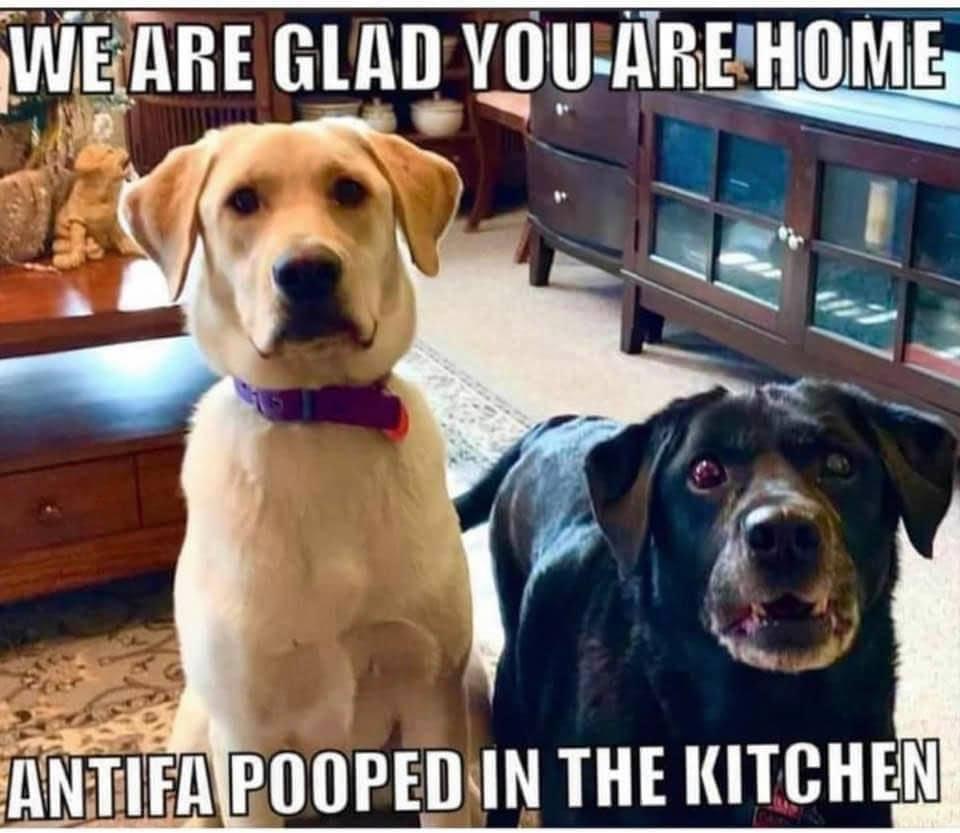 Dogs: We are glad you are home. Antifa pooped in the kitchen.

Rudy, not that Alamo! 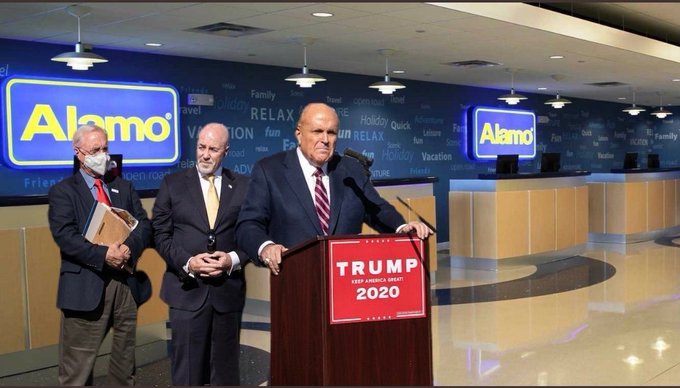 These Baby Face filter vids gave me a chuckle.

Flash! On a quiet newsday, reporters in search of a story, sift through a number of people until they can find some of them who will give them quotations that will make it seem that a normal situation is actually a crisis, as they ignore the people who aren't complaining.

"I'm cold," says a National Guardsman. "Me too," says another. "I hate officers, says," a third. "And politicians too. They suck." "It's not just me who's complaining. Everyone is!" says another. "Yeah," says the guy standing next to him.

In a hasty phoner, military historian John Smith says, "This example of military inefficiency is absolutely unprecedented. I can't think of a single instance in history in which troops have experienced this kind of minor discomfort. It's incredibly significant that these soldiers are grumbling about officers and politicians. I think we're on the edge of war."

Meanwhile, posturing politicians offer mock outrage. "Why, this is outrageous!" says a Senator, in mock outrage. "I was once also a National Guardsman." "We've got to get to the bottom of this," says another Senator, as he raises a single finger in the air in front of a news photographer. "They're welcome to stay in my office!" he thunders, as heavy jowls quiver in an extended harrumph. "I also say, harrumph," says another, hastily. He then turns away and goes back to work as reporter hurries to be first to file non-story. "Oh, boy, he says. "This non-story will advance my career a few millimeters... I think. That Pulitzer is all mine now."

BBC Russian took this POLITICO story seriously and translated it for the readership:
https://www.bbc.com/russian/news-55761613


For two weeks the soldiers guarded the Capitol and slept there. And now they were kicked out into the street​ 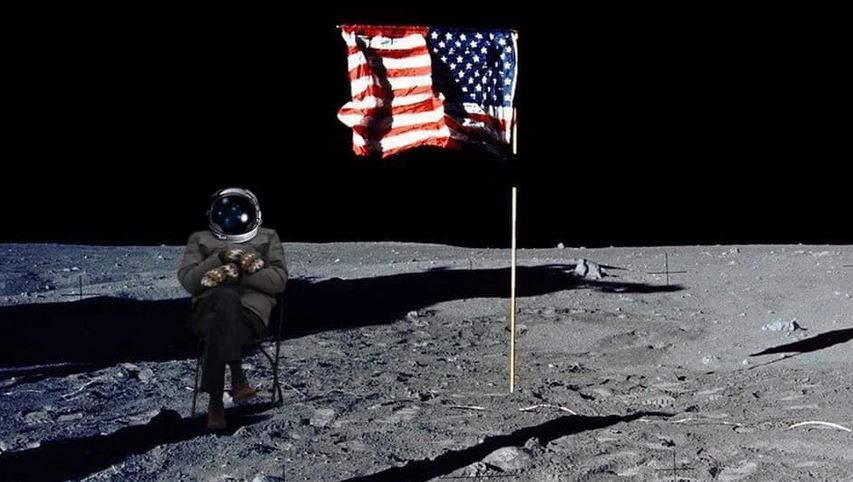 Aside: Is it possible to get the forum software to leak a bit more of the pertinent information from such media tags to console and legacy browsers? Presently, there's nothing displayed from the span/span/iframe generated (the image link is a background attribute to the iframe, and not picked up by w3m, for example, which doesn't handle iframes even though it can display images) - I didn't even know it was a youtube link until clinking "reply"!

But back briefly to the topic of "PC"-ness, the old music hall scene went through a process of deliberate self-censorship *way* before 1957. Part of the humour was in the many ways of saying things without actually saying them. Things start to get weird when the self-censored lyrics then get banned, such as George Formby's /When I'm Cleaning Windows/ from 1936, which I *think* was the first ever song to be banned by the BBC, temporarily because of the outcry, despite having no explicit language, merely suggestion. How times have changed - or have they?!

Woke snowflake types have always been around.
https://www.motherjones.com/politics/2014/08/burn-beatles-records-lennon-jesus/
https://www.vice.com/en/article/evj...xie-chicks-taylor-swift-soon-youll-get-better
You must log in or register to reply here.