The real turnout numbers
Wisconsin had more than 3.6 million registered voters heading into Election Day, and more than 3.2 million Wisconsinites voted in the presidential race.

But those aren’t the numbers used to calculate turnout here.

For starters, Wisconsin allows same-day voter registration, so that number of registered voters goes up throughout the day. In 2016, for example, 12.7% of voters registered on Election Day, according to the Wisconsin Elections Commission.

Even more important, registered voters is the wrong figure entirely for calculating turnout. Voter turnout in a same-day registration state is based on the percentage of eligible voters who cast a ballot.

That’s the highest rate ever behind the 2004 election, but solidly in the range of past presidential contests here.

To verify the turnout numbers in the USA Today Article, we can download the official turnout statistics from the Wisconsin Election Commission:
https://elections.wi.gov/elections-voting/statistics/turnout

The first link there is: Voter Turnout Partisan-NonPartisan Through August 2020.xlsx which gives us: 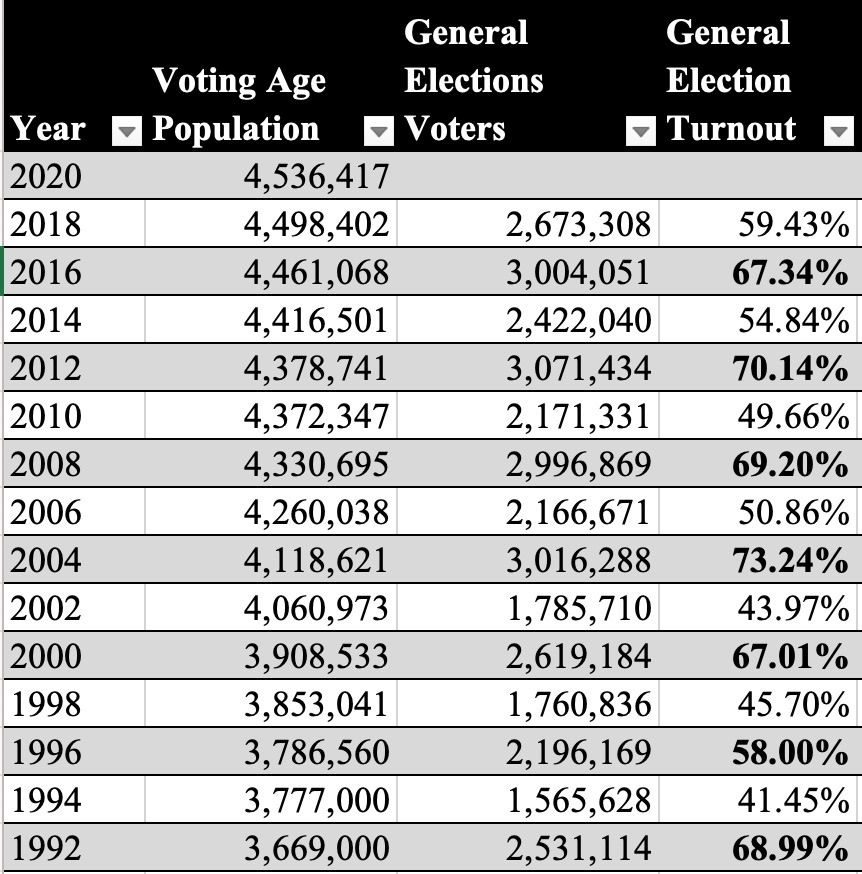 The bold figures are the percentages of the voting age population who voted in Presidential election years (2016 being the last one).

Looking at the results with 99% reporting (Source AP/Google):

We can add this to the empty slot in the spreadsheet, and we get 72.5% (slightly above the USA Today number, which was calculated earlier) 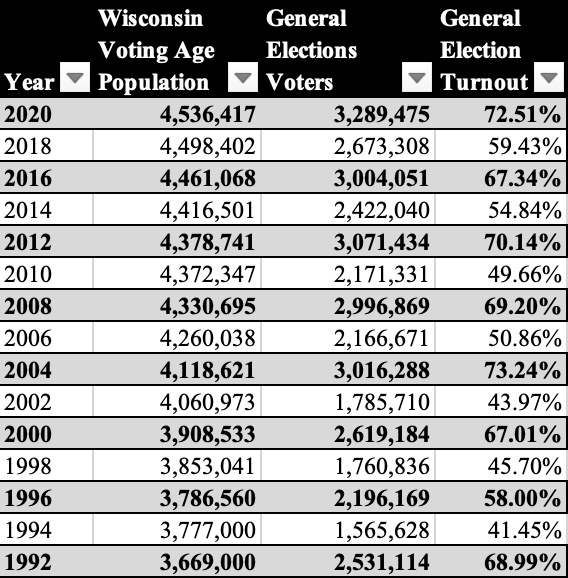 Staff member
Source: https://www.youtube.com/watch?v=ycMw6xhP8Cg
You must log in or register to reply here.