Debunked "When the gunman realizes that nobody else is armed, he will lay down his weapons" [Satire]

Staff member
This quote comes from a 2013 satirical article by by "Jimmy Olsentwins" in the satirical conservative web site "Palookaville Post" (currently offline):

https://web.archive.org/web/2013021...-down-their-weapons-during-statewide-manhunt/
[bunk]
Throughout the day, Senators Feinstein and Boxer made desperate pleas for their California constituents to turn in their guns and not confront the crazed gunman because this would be a perfect test of their anti-gun proposals.

“The Senators feel the best course of action is to remove all weapons from law enforcement and private citizens so no one else gets hurt,” said a Senate communications intern. “When the gunman realizes that nobody else is armed, he will lay down his weapons and turn himself in…. that’s just human nature.”
[/bunk]You would think that ridiculous nature of the article should tip people off that it's a joke, but even on the satire site people seemed to be taking it seriously, unless they are doubling down on the satire:

this is the STUPIDEST thing I have EVER HEARD !! I wonder if these 2 have turned over their guns too ? I bet they have a stock pile of guns and ammo !! Idiots just staight up IDIOTS !!

The Palookaville Post clearly stated on their (failed) fundraiser that they were a satirical site run by Bryan Deters
http://www.kicktraq.com/projects/1469638841/the-palookaville-post-to-launch-weekly-newscast/


Biography
After finishing his work as a producer for the well received documentary film, "Baseball, Dennis & the French," featuring conservative radio talk show host Dennis Prager, Bryan Deters started fictional news publication, The Palookaville Post, as a way to continue introducing conservative principles and traditional American values to a population which has been shielded from those ideas by the progressive media and left leaning activists.

In just six months Deters has taken The Palookaville Post from concept to a million online readers, and has plans to expand the publication's coverage to include additional topics like sports and entertainment.

After including online video newscasts and other creative elements, Deters and his family at The Palookaville Post believe the sky is the limit with a blend of conservative satire and thoughtful opinion that has little if any competition.

The longevity of this quote illustrates the problem with satire. It's amusing for people who get the joke, but for people who think this is actually how the world works, it serves only to reinforce their opinion. The fake quote cropped up again in a recent tweet about the Charlie Hebdo shootings, continuing to perpetuate the falsehood. 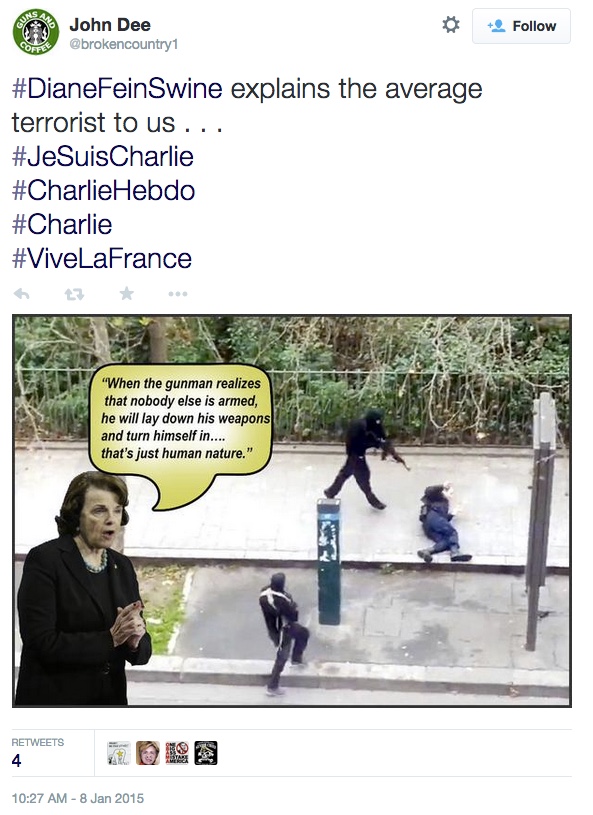 Debunked: Public Law 105-85 Allowing Testing of Biological and Chemical Weapons [It's the Opposite]