Staff member
The use of the term "Weapons of Mass Destruction" in the Tsarnaev indictment has rekindled some old confusion about why simple bombs are being referred to as WMD. People have generally understood the terms to refer to the type of things the US was looking for in Iraq: nuclear bombs, chemical and biological weapons, etc. Not small pressure cooker bombs. 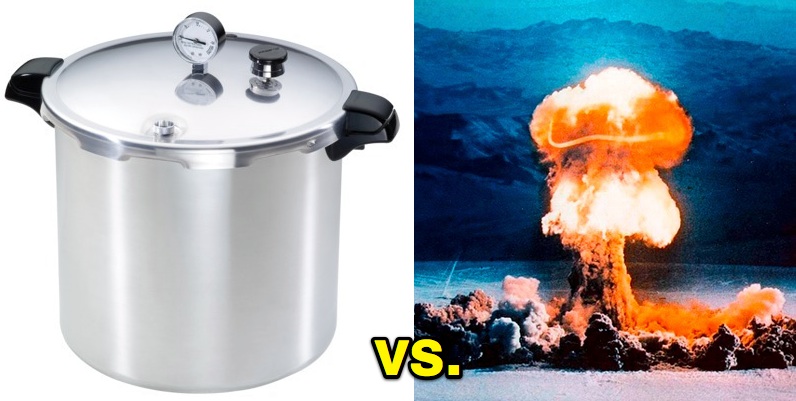 Some people suggest that the term has been redefined, either so the search for WMD's in Iraq could be deemed a success because they found some bombs, or simply so that scary sounding charges can be brought against domestic terrorists.

It's more the latter. This usage actually dates back to 1994, and it's never been intended to be used in the context of Iraq's WMD, and in fact was created specifically for this type of crime. It's been somewhat misunderstood ever since.

The confusion comes because there are different definitions used by the Military (which uses the definition of nuclear, chemical or biological weapons) and by the Criminal Justice system (which includes just about anything that explodes). Tsarnaev is being changed as a criminal, and so the indictment refers to the criminal code:

(c)Definitions.— For purposes of this section—

(A) any destructive device as defined in section 921 of this title;
(B) any weapon that is designed or intended to cause death or serious bodily injury through the release, dissemination, or impact of toxic or poisonous chemicals, or their precursors;
(C) any weapon involving a biological agent, toxin, or vector (as those terms are defined in section 178 of this title); or
(D) any weapon that is designed to release radiation or radioactivity at a level dangerous to human life; and​
...​

(A) any explosive, incendiary, or poison gas—


(i) bomb,
(ii) grenade,
(iii) rocket having a propellant charge of more than four ounces,
(iv) missile having an explosive or incendiary charge of more than one-quarter ounce,
(v) mine, or
(vi) device similar to any of the devices described in the preceding clauses;​
(B) any type of weapon (other than a shotgun or a shotgun shell which the Attorney General finds is generally recognized as particularly suitable for sporting purposes) by whatever name known which will, or which may be readily converted to, expel a projectile by the action of an explosive or other propellant, and which has any barrel with a bore of more than one-half inch in diameter;
...​

This civilian definition was introduced in 1994 (a year after the 1993 WTC bombing). With the Violent Crime Control and Law Enforcement Act, which greatly expanded the Federal death penalty.

The 1995 Oklahoma City bombing occurred a few months after this law came into effect, and the Antiterrorism and Effective Death Penalty Act of 1996 was passed in response, further increasing the federal death penalty. In 2001, Timothy McVeigh was executed for the murder of eight federal law enforcement agents under this title.

Here's a 1998 paper discussing the problem of definition
http://www.ndu.edu/centercounter/full_doc.pdf

The Department of Defense defines a weapon of mass destruction to include nuclear, biological, and chemical weapons, but the legal definition is different. “The Violent Crime Control and Law Enforcement
Act of 1994,” defines a WMD to include “any destructive device as defined in section 921” of Title 18 of the U.S. Code. According to
section 921, a destructive device is “any gun with a barrel larger than half an inch, any bomb, any grenade, any “rocket having a propellant
charge of more than four ounces.” In other words, to the FBI, a weapon of mass destruction is basically any destructive device, including a
great many that clearly cannot cause mass destruction and that have nothing to do with nuclear, biological, or chemical weapons.

Some examples of previous usages of the civilian definition.

Blake Steidler, 25, faces a possible life sentence after admitting weapons of mass destruction charges.The factory worker from Philadelphia, USA sent the gunpowder bomb in a jewellery box after becoming unhappy with the £4,500 op to extend his manhood.
But he had a change of heart and called cops before the bomb was delivered.
Steidler’s lawyer said his client was mentally ill but the WMD charges branded him a terrorist. Steidler will be sentenced in July.


AKRON, Ohio -- Joshua Stafford, the last of five men charged in a failed plot to blow up the Ohio 82 bridge last year, will stand trial June 10, a federal judge ruled this morning.
U.S. District Judge David Dowd Jr. reached the decision after meeting briefly today with federal prosecutors and Stafford's defense lawyers.
Dowd ruled last week that Stafford, 23, of Cleveland, was competent to stand trial and assist his lawyers in his defense following a competency hearing at which two forensic psychologists presented their mental diagnoses to the judge.
Stafford is charged with the use of weapons of mass destruction and aiding and abetting the use of weapons of mass destruction.

Najibullah Zazi To Be Arraigned On Weapons Of Mass Destruction Charges

NEW YORK — As a suspected al-Qaida operative pleaded not guilty Tuesday to plotting a bomb attack in New York, the city's police commissioner pronounced the threat neutralized and said there is nothing to fear from the defendant's three alleged accomplices.

Claim: Existence of an Allied Forces Report about a 1963 Mass UFO Sighting in Europe

Anti-vaxxers are using the same tactics as cults do