Claim: Sandy Hook FEMA Drill PDF:
The above YouTube video consists of showing a PDF file that someone made in order to have people believe that FEMA announced an exercise plan at 8:00 am on December 13th 2012, expecting it to end at 11:59 pm on 12/13/12 and to be evaluated on 12/14/12 as a real-time event.

What the person did was edit the original document, which appears to be Site Activation Call-down Drill Exercise Plan (ExPlan) from http://www.mass.gov/eohhs/docs/dph/...l-site-activation-call-down-exercise-plan.doc, adding in the information that gets highlighted at 3:39 in the video and converting it to a PDF file.

The original document has: 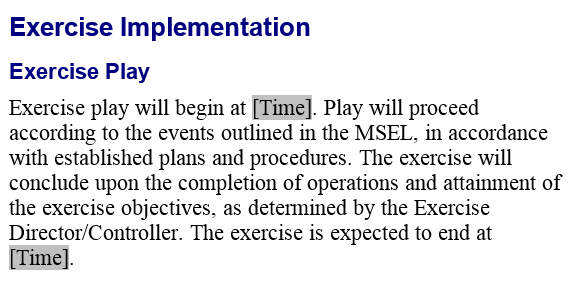 In addition, the original document does not have the Agency POC filled out, but the edited version does at 1:02 in the video. There is also a typo, putting thomas.romano@ct.gove instead of thomas.romano@ct.gov. The edited version has Tom Romano as Federal Emergency Management Agency, but he is actually Region 5 Training Coordinator for the Connecticut Department of Emergency Management and Homeland Security: http://www.ct.gov/demhs/cwp/view.asp?a=1921&q=295362. 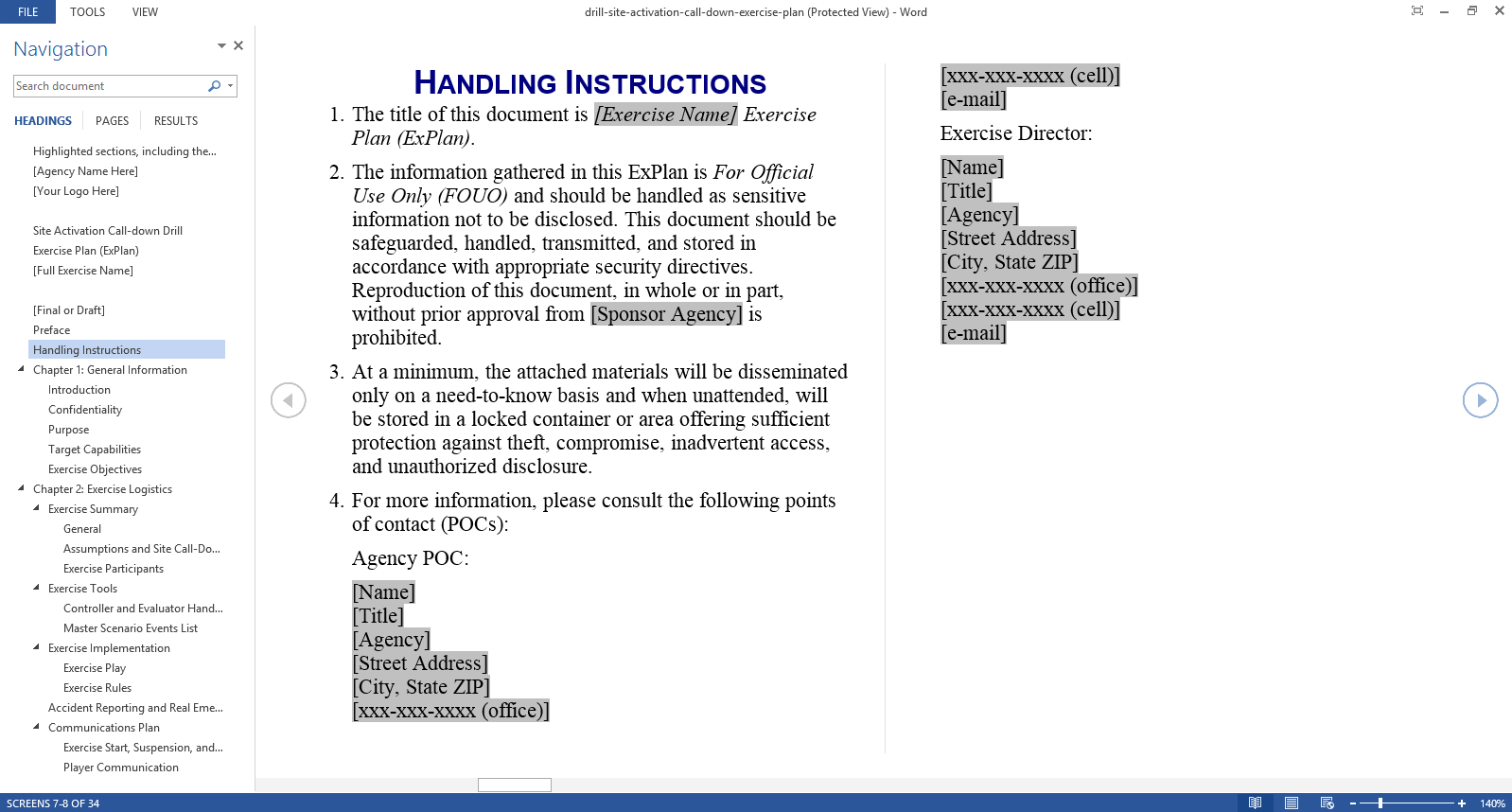 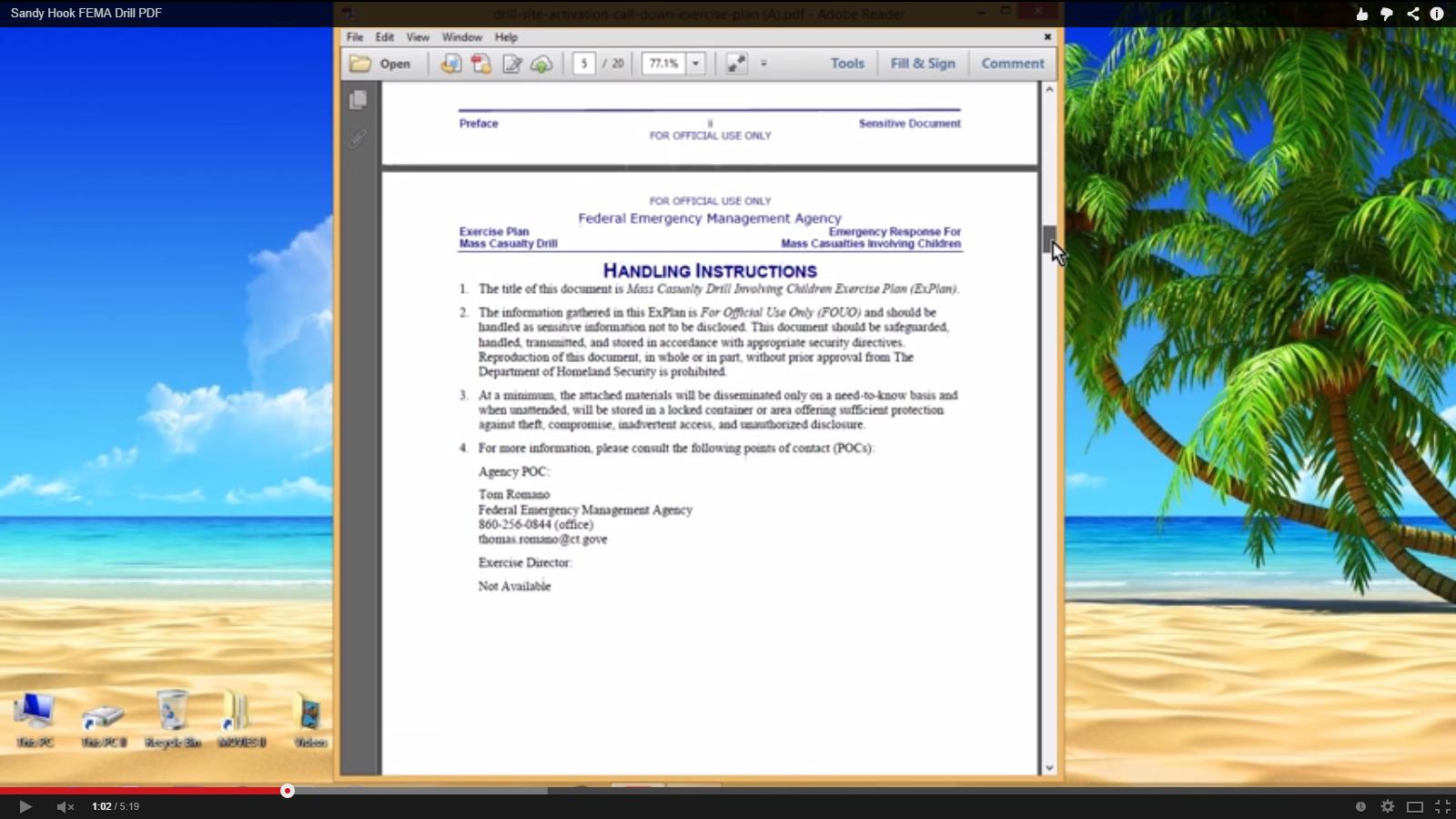 Well good riddance and well done on debunking it.

(rhetorical question aimed at hypothetical conspiracy theorist)
If you have to fake evidence for your conspiracy, doesn't it occur to ask yourself if you are the bad guy? Or does the end (whatever that is) justify the means in your opinion?

The video is back up.

Justin Lewis: "I downloaded it and looked at it a couple of hours later as I was deciding what to keep and delete from what I had obtained that day."

What he does not mention are the 5 recent files shown at :009 in the video; 3 drill-site-activation-call-down-exercise-plan (A).pdf files and 2 drill-site-activation-call-down-exercise-plan.pdf files. It is clear that the original document was edited to include inaccurate information to fool people into thinking FEMA announced an exercise plan for Sandy Hook. 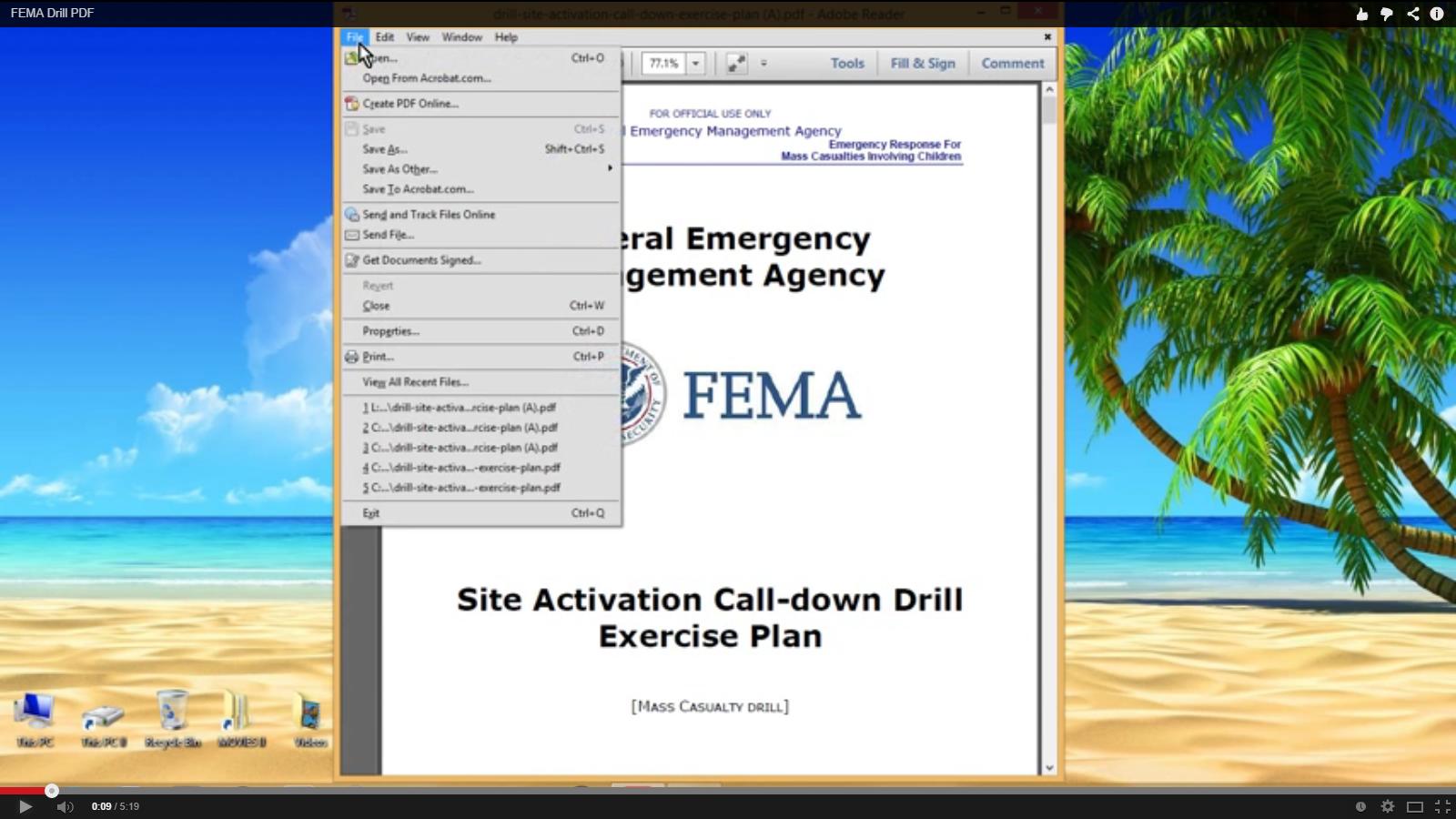 Well, since the uploader appears to think this hasn't been thoroughly debunked, I wish to add some more information that is indicative of the document having been faked/forged.

I'm going to try and keep this as short as possible, because this document is so blatantly fake, it shouldn't even need to be explained this many times.

The exercises are planned and executed at the above mentioned levels (state, local, tribal, etc.) and NOT the Federal level. The fake document has FEMA and DHS as the Sponsoring Agency(ies). The fake also contains at least 4 different "Exercise Names", including "National Preparedness" and "National Incident Management System", which are NOT scenarios, they are actual THINGS.

While exercises are planned with the guidance from FEMA and DHS, those agencies are not those who carry them out:

The Homeland Security Exercise and Evaluation Program (HSEEP) doctrine consists of fundamental principles that frame a common approach to exercises. Applying these principles to both the management of an exercise program and the execution of individual exercises is critical to the effective examination of capabilities.
https://www.llis.dhs.gov/hseep
Furthermore, with the exception of "Mass Prophylaxis", which is contained in the .doc file that can be downloaded from the mass.gov website, none of the other 4 "Target Capabilities" listed are actually from the Target Capabilities List (TCL), that was in place in 2012.
http://www.fema.gov/pdf/government/training/tcl.pdf 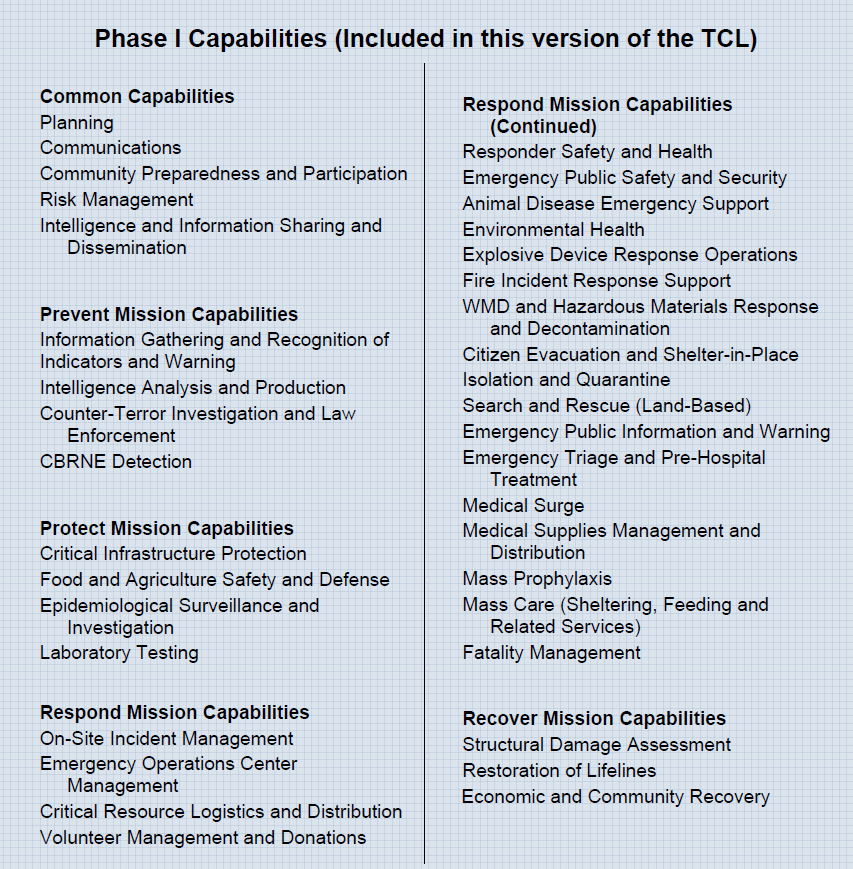 Here are a couple of examples of REAL Exercise Plans (ExPlans) developed by STATE Emergency Management Agencies and other state, local, and tribal organizations who participate in the DHS' HSEEP (Homeland Security Exercise and Evaluation Program):

On page 10, the "author" of the allegedly FEMA document added the paragraph titled "CORE CAPABILITY RESEARCH INITIATIVE"; however this is not a section that is contained in any HSEEP documents.
If you click on the link in the template from the yellow highlighted box, it takes you to https://www.llis.dhs.gov.

Once there, it is very easy to navigate to the "Core Capabilities Initiative", which has replaced the TCL, which the document creator was most likely looking for. That page contains the following paragraph:

CORE CAPABILITY RESEARCH INITIATIVE
The LLIS.gov team strives to provide useful and pertinent information to the whole community. In order to deliver relevant lessons learned and innovative practices to our users, the LLIS.gov team is focusing its research on Core Capabilities, as defined in the National Preparedness Goal. The LLIS.gov team uses the results of State Preparedness Reports (SPRs) to identify the capabilities states have self-assessed as both high-priority and low-proficiency.

The LLIS.gov team has already conducted research on Mass Care Services, Cybersecurity, and Community Resilience, and will soon begin research on Housing. The goal of this research is to gather lessons learned, innovative practices, and resources from subject matter experts at all levels of government, NGOs, and the private sector and share them with the whole community. Click on the pages below to view the gathered resources, and please consider contributing your expertise.
https://www.llis.dhs.gov/content/addressing-capability-gaps 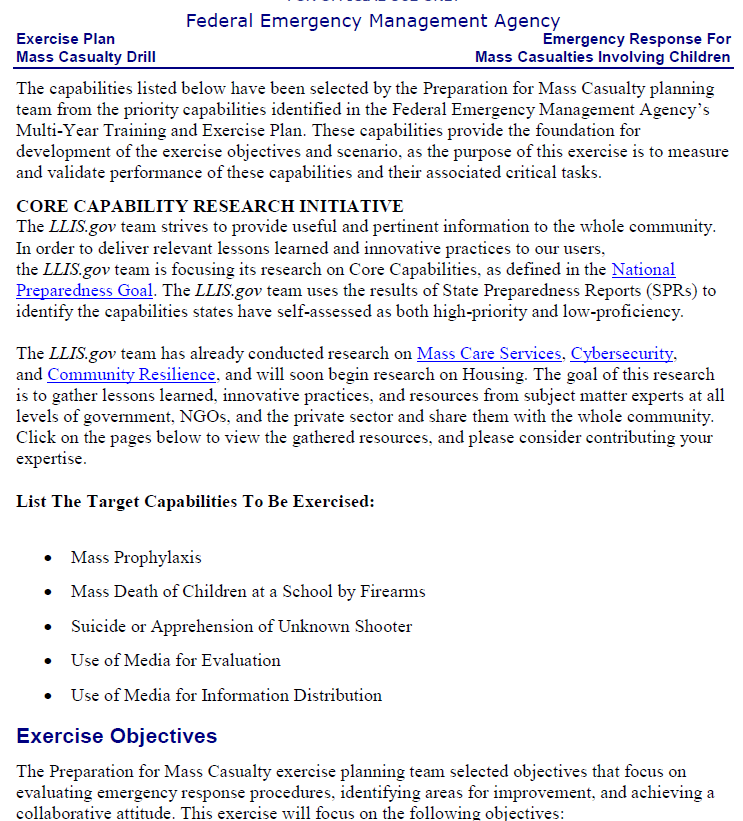 It appears as though the document creator could not find the correct Target Capabilities List due to the fact that they have been changed to "Core Capabilities", as explained in this document,

Oh Kelbel...yer such a shill!

I enjoy reading factual/informative info from those that can though.

I enjoy reading factual/informative info from those that can though.
Click to expand...

Thanks, Gunguy . It's more like a mix of experience, education, and just plain knowledge gained over the years from life experiences. I appreciate the compliment, though I wouldn't call myself an expert on anything, lol. I do my best to stick with facts that are verifiable
You must log in or register to reply here.