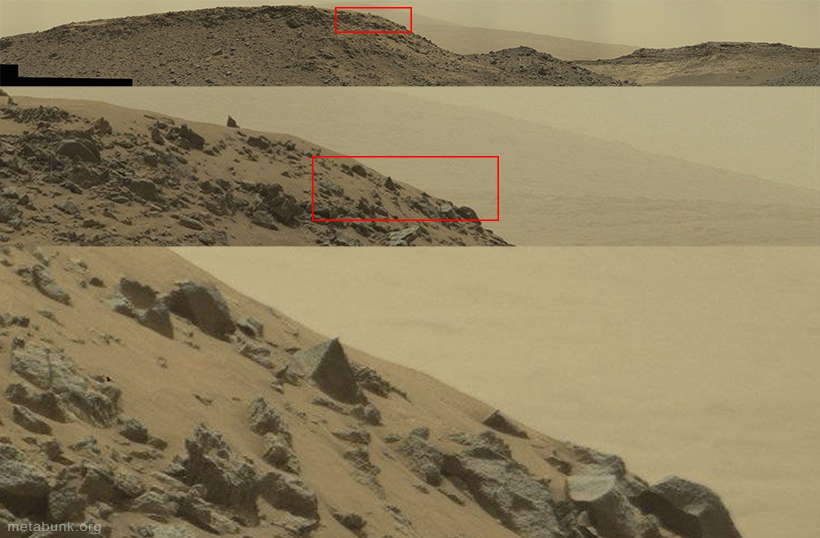 In this case it's a pyramid shaped rock. "Life on Mars" fans have been quite enthusiastic about this, with some quite extreme claims:
http://exopolitics.org/nasa-curiosity-rover-photographs-pyramid-on-mars/

A Youtube video of the pyramid compares it to human-made pyramids that are similar in size to what was photographed by the Curiosity Rover. There is good reason to suspect, however, that the actual size of the Mars pyramid is much larger given the amount of debris and sand around it.

It's quite clear why no more photos were taken of the rock, it's just a tiny rock, quite a bit in the distance, that just happened to show up in one photo. One rock out of literally thousands seen within a few minutes. If you look at the wider panorama it's clear it's on a near by hill, and is actually quite small. In fact NASA scientists analyzed the photo, and determined it was about four inches tall.

And these "pyramids" are not that uncommon on Mars. Here's another one, or maybe two. Look how incredibly straight the edges are, can this possibly be natural?

Actually yes, I joke a little to illustrate the point. Those are just two small rocks in my back yard.

I went outside to see how how easy it was to duplicate the image with just natural rocks and my iPhone. The rocks round here (El Dorado County, California) naturally fracture along straight lines, and the two pieces I propped up were just laying on the ground by the rock formation. And they are about the same size as the Mars rock.

And I didn't even have to pose the rocks, a larger boulder had quite a nice pyramid shape:

Not quite as straight sided as the smaller examples, but remember this is just me wandering around outside for ten minutes. Curiosity has been taking photos for years, and there's a lot more rocks on Mars than there is in my back yard. A small pyramid shaped rock is simply an inevitability.
Last edited: Jul 6, 2015

I'm totally jealous. Did i mention i collect rocks and triangles are my favorites? have these two sitting on my desk right now. Youre gonna have to fed ex me a bunch, yours are much straighter than ours. 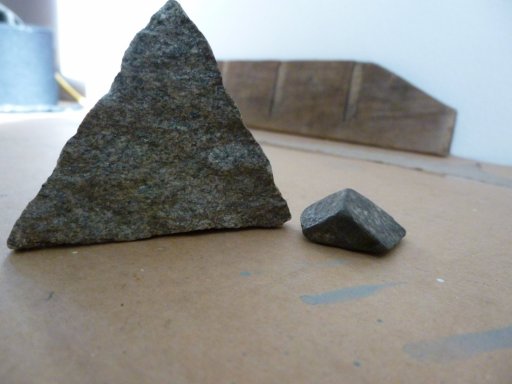 It is interesting that there is also a theory that goes along with this story is that Martian beings are very tiny indeed. Like in the 3-5 cm range so that even though all of the photos that got past the NASA censors clearly show what they are claimed to be showing as intelligent design and that NASA is also hiding the fact that these tiny species have high intelligence as depicted by the perfect design of this pyramid etc....

My 5 year old granddaughter noticed this morning that the inside of one of her cheerios formed a triangle. Maybe she's on to something.

Yeah, I'd linked that story in the OP, inline though. The backyard rocks are for the people who don't trust NASA

(Not that they trust me either, but you can't argue with rocks)
J

Sometimes these images are captured by Curiosity's Navcams which are mounted to give a stereoscopic view. The distance of an object from the cameras can easily be computed with a little trig. The cameras are separated by 42.4 cm and have an image resolution of 0.82 milliradians/pixel (0.047°/pixel). For a quick calculation accurate for most circumstances, measure the difference in horizontal pixel position between a common point in a pair of images and divide that difference into 517 to get the distance in meters.

For an example, a recent YT video claimed to have found a woman on Mars: 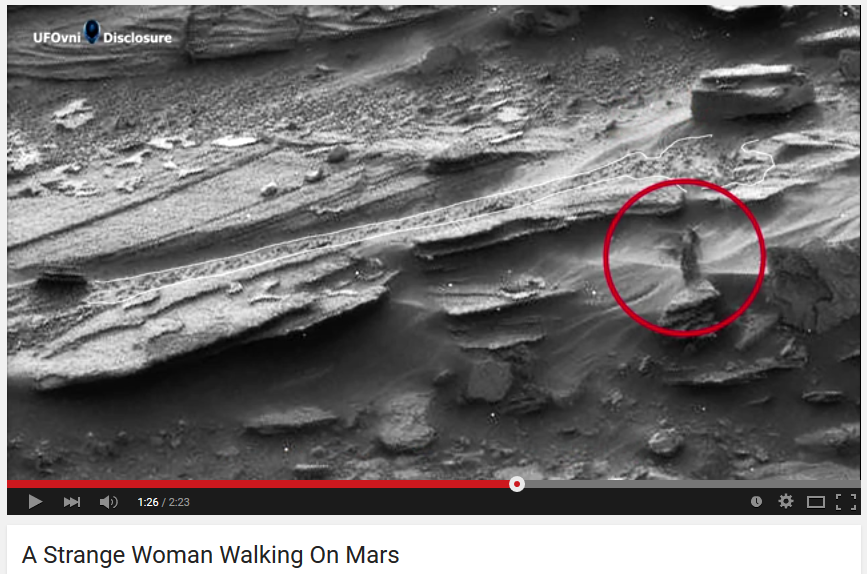 The "woman" is offset by 75 pixels between the two Navcam images. That means she is 6.9 meters from the cameras.

She is 15 pixels tall. At the above distance from the camera she would be 8.5 centimeters (3.3 inches) tall.

Which is outside the 3-5 cm range quoted by Skaredstiff...

Tables 4 and 5 have the pertinent data of the Navcams: https://www-robotics.jpl.nasa.gov/publications/Mark_Maimone/fulltext.pdf#page=4

Martian Zulu woman? There are taller than average humans here on Earth too... Seems like anything under 10 cm would be reasonable height for the imaginary mini beings that are being suppressed by NASA? She look hot and well built BTW!

she looks like a young david bowie in drag.

It's quite clear why no more photos were taken of the rock, it's just a tiny rock, quite a bit in the distance, that just happened to show up in one photo. One rock out of literally thousands seen within a few minutes. If you look at the wider panorama it's clear it's on a near by hill, and is actually quite small. In fact NASA scientists analyzed the photo, and determined it was about four inches tall.
Click to expand...

Actually, it does appear in two other photos from that same sol, though from further away:

wowzers!!!! sounds hot to me!!!
but then I lost my virginity aged 28, to a woman who looked like Ronnie Corbett.

Efftup said:
wowzers!!!! sounds hot to me!!!
but then I lost my virginity aged 28, to a woman who looked like Ronnie Corbett.
Click to expand...

*looks up Ronnie Corbett*
I wish my wife had glasses like that. I'd never be without a fire starter.
D

Exactly, that is the law of large numbers. When you have enough random stuff there are always patterns to find that are less random.

Now there is a floating spoon to go with everything else 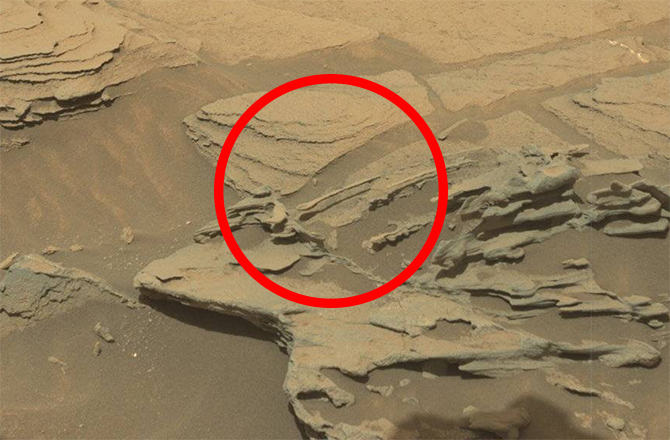 It's really cool how intricate the erosion patterns on that rock are. A formation like that on Earth wouldn't last long before weather or life broke it off.
You must log in or register to reply here.