Staff member
Olgacom is a fake company, invented by someone trying to promote the chemtrail theory.

This wordpress blog cropped up, with the earliest post dated March 6th, 2011 (although it might have been back-dated, as the tweet promoting that video is dated June 6th 2011)

http://olgacomscandal.wordpress.com/
(mirrored here, in case it gets removed)

It's quite involved, with several videos, a fake non-disclosure agreement, and even a fake web site (mirrored here, as it will probably get removed)

The first post on the blog that actually mentions Olgacom is dated May 9th. That is just two days after the web site featured in the above video (olgacomglobal.pl) was created:

Olgacomglobal.pl is registered and hosted in Denmark (relatively close to poland). It's clearly a fake web site, as besided it only being created earlier this year, it also is very small and amateur in construction. With just a few pages, and some stock or fake photos. For example The photo on this page:

However, it's actually just a photo from the flyertalk.com web site, with the logos on the truck changed: 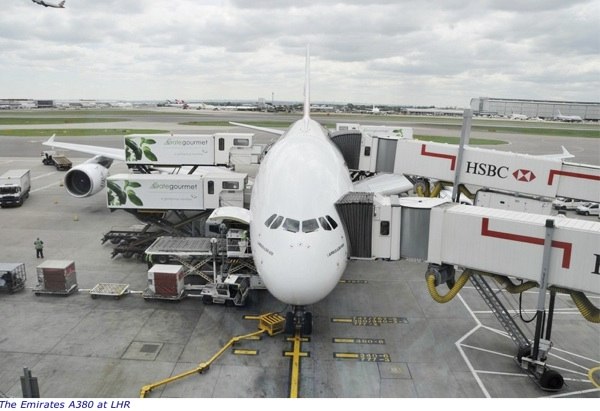 And the image on their home page actually comes from a NY Daily News story about the company Flying Food Servair. 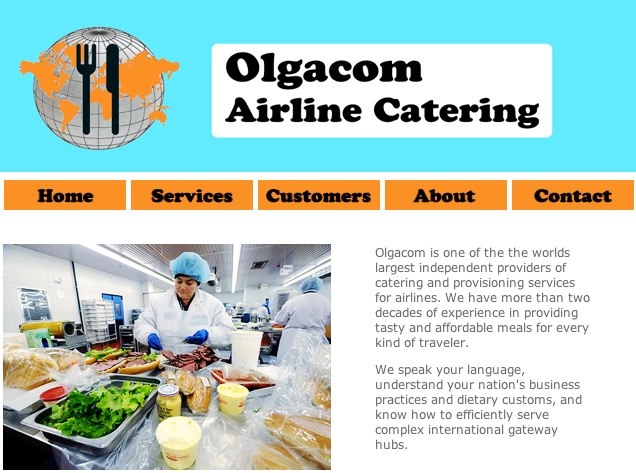 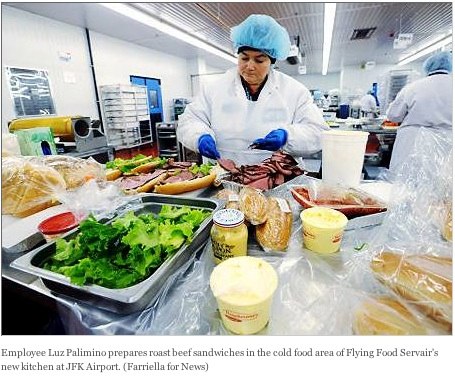 So it's a pretty poor fake. To the extent that the person who created the hoax now says its a fake, despite actually using it in their video. The following is a YouTube comment from alenkaw89

i am not polish but from lithuania. two, of course i do not use real name. three: They try to remain invisible. they are not listed anywhere. I believe they know i was going to the open with these informations, because I think they have been following me for few months and they launched fake website to distract people for searching truth about olgacom and other companies that use the chemtrails.
Click to expand...

The claim that she does not use her real name seems to be rather contradicted by posts on her wordpress blog that show a supposed NDA, signed with the name Alenka Wacek. 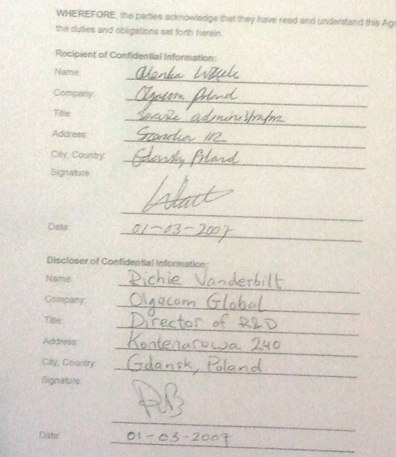 The claim that the web site is fake is also at odds with this post on her web site:

I worked for company called Olgacom for two years, from 2007 to 2009. You can see on their website they look like normal company, in airline catering. Olgacom is owned by Patryk Tretyakow and his grandson Ulryk Tretyakow.
Click to expand...

Note she links to the fake web site, and then says "you can see on their website they look like normal company".

She also claims to have got a threatening email from that web address: 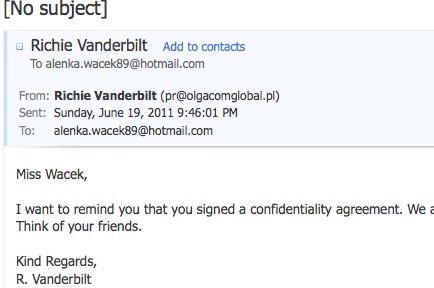 So it seems pretty clear that originally she wanted to pass off the site as genuine, but when she realized she'd not done a very good job with her forgery, then she started to backpedal - only to find she was caught in a web of lies.

Wow. This is really interesting, Mick. Thank you!
J

To be very blunt, my real interest right now is about the people diverting good, honest, human interest away from the very real problems facing all of humanity at this time. To be blunt. I think there is a reason for people spreading some of the more virulent "anti-climate-change" BS. I really appreciate any links to people spreading "disinfo" regarding science at this time.

Even a Polish chemmie debunked it too
http://chemtrailswielun.blogspot.com/2011/06/uwaga-na-prowokacje-agentow-nwo.html

So has this person continued posting about it? Looks like they havent been updating this site that was started. The thread that this person started on Godlikeproductions, also seems to have been deserted by them after the evil debunkers popped up in there
You must log in or register to reply here.

K
I miss my sister. Where do I start?