Starts out reasonable to lure in the unspecting:


While not a mainstream science solution to a global fix, many scientists find the idea of geoengineering intriguing. Its supporters have argued that its inclusion in a recent report by the Intergovernmental Panel on Climate Change gives it legitimacy. Other scientists, along with most policy makers and activists like Al Gore, believe the risks of something going wrong far outweigh any potential benefits.

For example, injecting iron into the ocean might enhance the growth of phytoplankton, which would "gobble up carbon dioxide through photosynthesis," but such "fertilization" would come at the expense of creatures that make their shells out of calcium carbonate, and could potentially slow photosynthesis -- the exact opposite of what the geoengineering scheme had intended to do.

But eventually reveals itself as an April Fools joke:

Key to the program were apparently specially designed flexible cords made out of nanofibers (basically high-tech bungee cords) and a personnel team from the Navy, Air Force, and U.S. Weather Service. Unwitting participants included: the airline industry and anyone who took a transcontinental flight this winter. NSA expert James Winkywinc explained that the program exemplified the spirit of military/civilian partnership even if the partnership was a secret to the public participants. Through a process that remains top secret, the Navy and Air Force tied one end of the bungee-like cords to commercial jets and the other to the jet stream and then used the jets' trajectory to pull that baby southward to form the polar vortex.

And just to be really clear:

With the unqualified success of ACDC, there are rumors of a summertime geoengineering exercise: Phenological Revamping and other Natural Keys, or PRANK for short. We will be writing more about that one on April 1, 2015.

Unfortunately it is likely that many people will not realize this is a subtle joke, and will start sharing it on Facebook and Twitter, and it will become part of the chemtrail mythology.

that was pretty funny

The best way to do that: manipulate the jet stream to a more southern trajectory during wintertime to create a polar vortex that would spawn intense snowstorms. The report recognizes that this would mean harsh winter conditions for many parts of the country.

"Americans will suffer this winter," the report predicts, "but consumers will be thankful next year when the price of a Coke drops thanks to lowered high fructose corn syrup prices spurred by a bumper corn crop."

Well looks like some are even spreading the bunk lol They even are taking a stand where they know it was a joke but they still think the content is true.

Chemtrails Awareness shared a link.
about an hour ago
(Keep in mind when reading the following that it has been suggested by many that the nanofiber material used in stratospheric aerosol geo-engineering is self replicating nano aluminum, which we see as the trails spread and white out the ski...See More 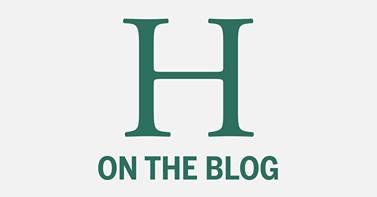 Obama Takes Bold Step to Geoengineer Climate Change
www.huffingtonpost.com
The ACDC plan, code-named "Rainmaker," is considered by experts to be groundbreaking not only because it did not require the construction of a vast industrial infrastructure; it also helped keep flights on time....
15Share

Debunked: Look-up.org.uk's claims of aerial spraying over London on April 12 2015