A relative of mine brought up this theory that NASA sent a nuke to the dark side of the moon to prove there was water, but according to him, it was to destroy a potential alien moon base and, I quote, "things like this are why we don't go to the moon anymore". I'm not very good at research or debunking anything, so I was wondering if this community could disprove (or prove, who knows) this theory of an alien observation base on the moon.

I know I'm not allowed to link anything, so I'll directly quote some paragraphs and pictures on an article I got when I searched "did nasa nuke alien structures on the moon":
(for organization sake, I'll number the quotes and supplementary photos if any for viewing leisure)


1. "According to the Agency’s official statement, the impact caused by LCROSS would determine the presence (or absence) of water in the perpetually shadowed crater. But some conspiracy theorists simply can’t buy this explanation.

They believe LCROSS had a darker mission and a more destructive payload. It allegedly carried a small nuclear device and was hellbent on destroying the alien base situated in and around the crater. But why?"

2. "Is there any evidence to support this? The short answer is yes. Take a look at the photo below. It shows NASA researchers Anthony Colaprete and Karen Gundy-Burlet working at the Ames Research Center in Silicon Valley." 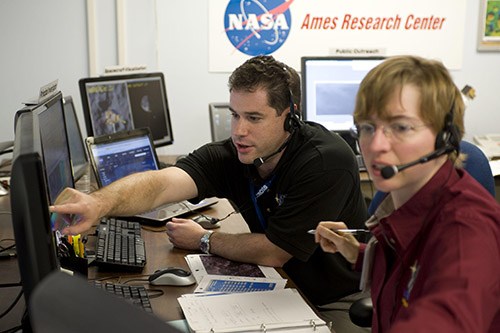 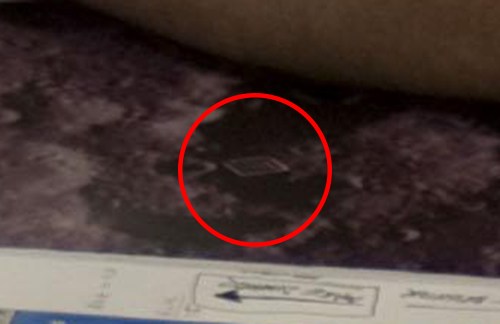 "That actually looks like a rectangular structure and the odd thing is that it’s located in the Cabeus crater, the very same crater that LCROSS smashed into. No matter how you look at this structure, you won’t be fooled into believing it was a natural formation. This ‘building’ and others like it could be the real reason why we stopped going to the Moon."

3. "Although NASA streamed the event live, there are some who believe the entire video feed was manufactured. This wouldn’t have required a great effort since the live video showed very little." 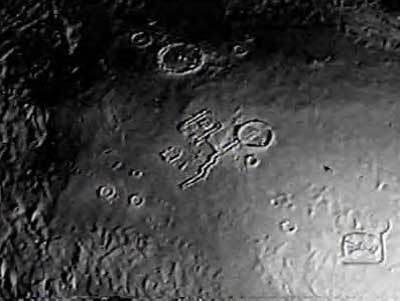 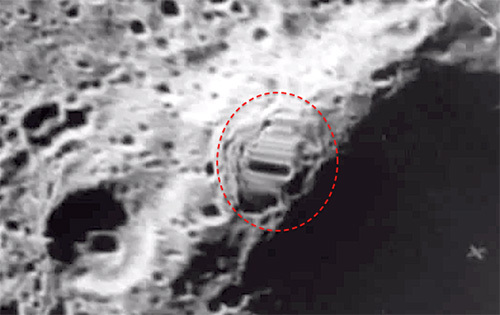 I hope any of you can make sense of this. I personally don't believe but I'm keeping an open mind for the sake of it. Thanks in advance for any replies!


mod add: explanation in prior thread https://www.metabunk.org/debunked-what-is-this-square-in-a-nasa-photo.t476/
Last edited by a moderator: Mar 2, 2016

pleasedebunkthrowaway said:
I know I'm not allowed to link anything
Click to expand...

actually links are kinda a requirement

Metabunk does not debunk "theories" we debunk specific claims of evidence. I'm assuming #2 is the 'evidence?

When you think about it, the existence of an alien outpost on our Mown isn’t such a stretch of imagination. If an extraterrestrial species would want to keep a close eye (or corresponding alien organ) on the development of mankind, the Moomph would be a good location to set up camp

There is quite a bit going on here, with various claims and misattributed photos, but considering the fact that the word "moon" is spelt so wrong, multiple times, there isn't much credibility to start off with! Which particular claim did you want to look at? Please check out the posting guidelines

I have done some work researching that final image in the OP's source material showing that there is no such structure in Zeeman crater (not Cabeus):

Hi Folks. I've seen an image claimed to be an Alien Moonbase photographed by China. I suspect by its form it's an Indian fortress ruin but haven''t been able to spot it yet and google image just comes up with UFO reposts so far. http://alien-ufo-research.com/alien_moon_bases/moonbasegoodpic-large.jpg Any suggestions? 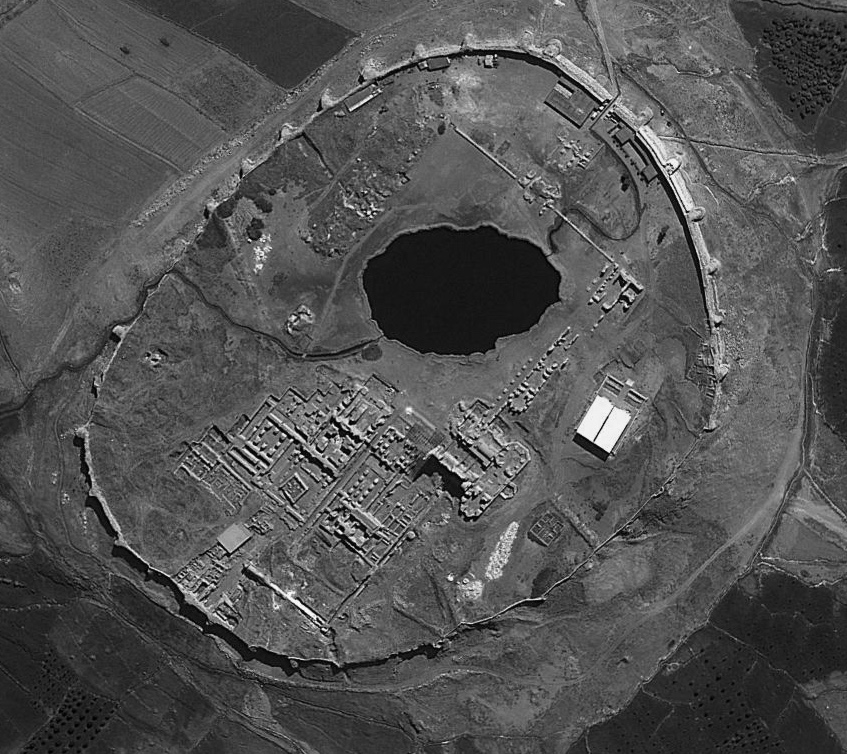 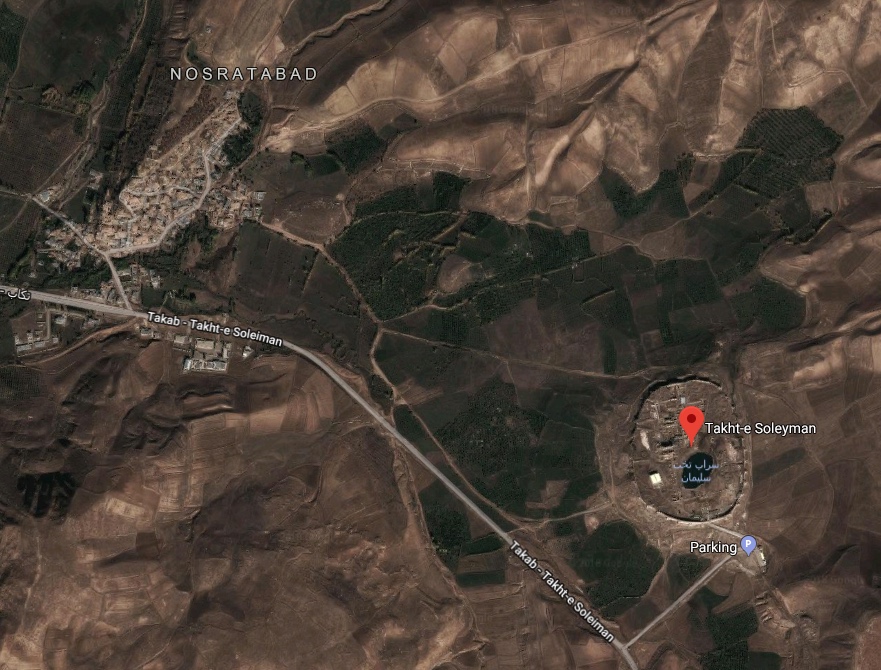 Nicely done Mick! I was searching for "oval fortress" , walled ruin with lake etc etc. What method gave it up?

GregMc said:
Nicely done Mick! I was searching for "oval fortress" , walled ruin with lake etc etc. What method gave it up?
Click to expand...

Well first I looked at all the forts in India, Bangladesh, and Pakistan in Google Maps, no luck.

Then I noticed this on page 2 of the Google Image Search results:

Dang. Sorry to waste your time Mick! Thought I'd gone over all those

GregMc said:
Dang. Sorry to waste your time Mick! Thought I'd gone over all those
Click to expand...

I can't resist things like this Plus I got to check out some cool Indian Forts. An interesting perspective on a bit of history.

Yeah it's in Iran, a word heritage site known as the Throne of
Solomon. 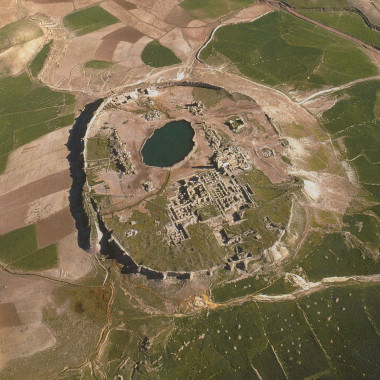 I've seen this claimed before, and the person who made it quickly retracted it saying it was a test when it was pointed out how lazy a claim it was!

man, this one is really something its a still from walt disneys short "Man and the Moon"" from 1955:

The entire episode is leading to one moment which is pure 50’s SF nirvana. As the RM-1 travels to the “unknown side of the Moon,” aka the dark side, the ship is plunged into shadow and darkness. The captain shouts, “Okay, Frank! Fire your flares at three-minute intervals!” An animated flare arcs above the lunar surface, and the unexplored, heretofore unseen craters and seas are briefly exposed by a flash of light. Considering that we were still more than a decade away from reaching the Moon, these close-ups of the (model’s) surface look astonishingly close to real documentary footage. Then the ship’s crew discovers a high degree of radioactivity from one of the hidden areas; the “contour mapper” also reports some strange formations. The captain commands: “Get some flares in that area, quick!” Another animated flare is fired, and we see: what? A carved formation upon the rocks? A “Chariots of the Gods”-style message? A Selenite city? The viewers of 1955 only get a brief glimpse before the flare goes out; no option to rewind their Tivo. 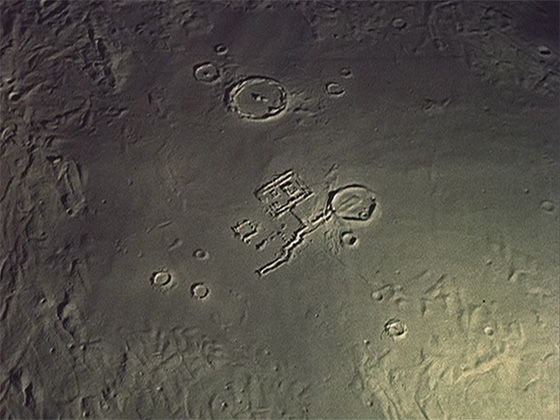 Wow, I just dredged up some really old memories from around 1962. Rocket to the Moon at Disneyland... http://www.yesterland.com/moonrocket.html

...had a shorter version of that episode:

There were movie screens on the floor and ceiling. The seat bottoms moved up and down to simulate acceleration and "weightlessness."

this is somewhat OT, but additional to my last post I have to post the "Man and the Moon"-video, cause its really beautiful and absolutly worth watching (the scene with the "city" on the lunars surface is around 45:00):