Debunked: Huge UFO next to Mercury decloaked by Sun Flare 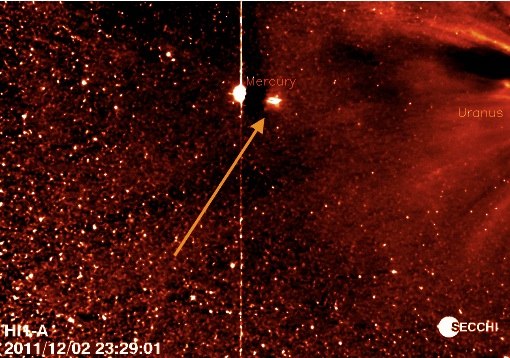 Perhaps one of the strangest videos of the month, certainly one that has con viral on the conspiracy and UFO-oriented blogs. On December 2 Stereo Camera HI1 Ahead captured this sequence, in which something brilliant occurs after contact with a CME (coronal ejection of matter). Believers in aliens were once again in possession of indisputable evidence of the presence of alien spacecraft in the vicinity of our planet. In this case, the preferred explanation is that the CME caused them to "drop" the shield of invisibility camouflage or a huge mothership. Judge for yourselves.

The full video is that you can see here, and can be downloaded from the SECCHI page .

The raw image sent by the spacecraft to Earth is this: 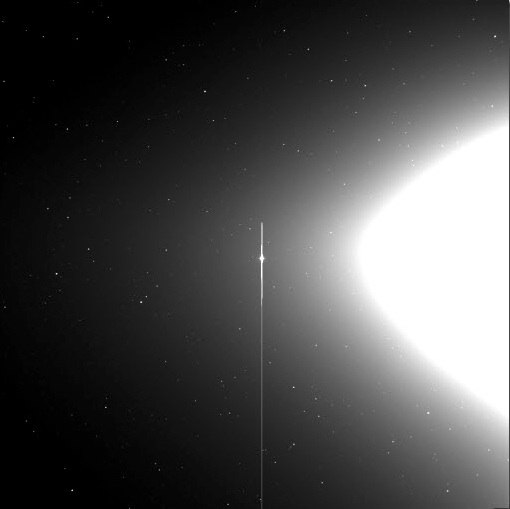 The main function of the HI1 and HI2 cameras is to observe the CMEs ejected from the sun going to our planet, so this needs a lot of image processing to highlight these issues, which are thwarted by the glare from the sun .
The first thing to do therefore is to remove the glare and subsequently increase the brightness of the background. This mask is created by combining all the images from the day before combining them as an average. This processed image is passed to negative and is subtracted from the current image being processed.
When a planet like Mercury, rapid transit, passes in front of the camera produced the following averages:
Media images of Mercury on the day before: 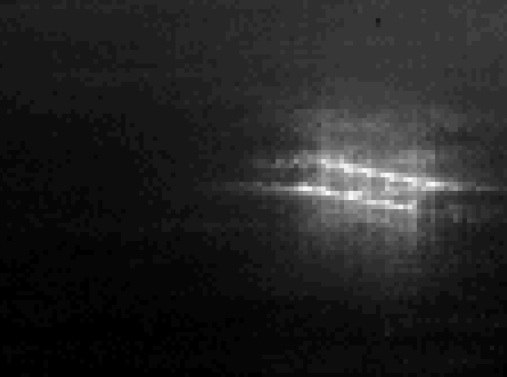 Media images of Mercury for the current day: 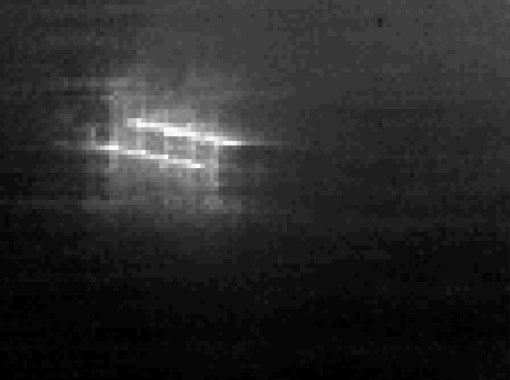 Interpolation to subtract from the current image (negative): 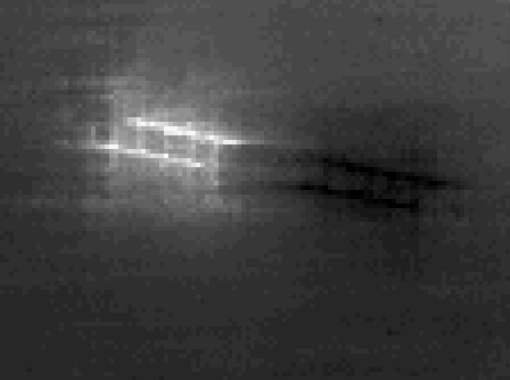 The dark area (which will be bright in negative), corresponds to the average of the previous day. The bright side (average today) will appear dark in the final image. This is the reason that immediately to the right of Mercury is a black area and then a bright area ("the mothership") that is becoming bigger as the day progresses (means are separated) until it reaches the first image the next day, which averages recalculated the previous day and repeats the whole process eradicates all trace of the ship.

References:
http://secchi.nrl.navy.mil/wiki/pmwiki.php?n=Main.FAQ
Last edited by a moderator: Nov 20, 2013
You must log in or register to reply here.