Well, a great example comes today from "The Hill", an on-line media outlet promoting the speech of candidate Clinton. Notice anything, well, ‘odd’ about the picture: 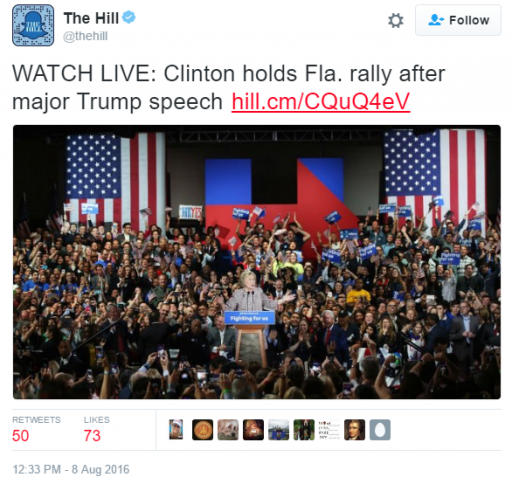 It’s a 100% photoshopped image (link) assembling multiple rally crowd pictures to give the impression of Hillary Clinton in St. Petersburg

Content from external source
Some Republican supporters are getting pretty riled up over this, but it is quite simple to debunk. The Hill are obviously using a place holder image for the Hillary Clinton Florida Rally to advertise the live stream.

Explanation: They chose to use a stock image from 19th April 2016. 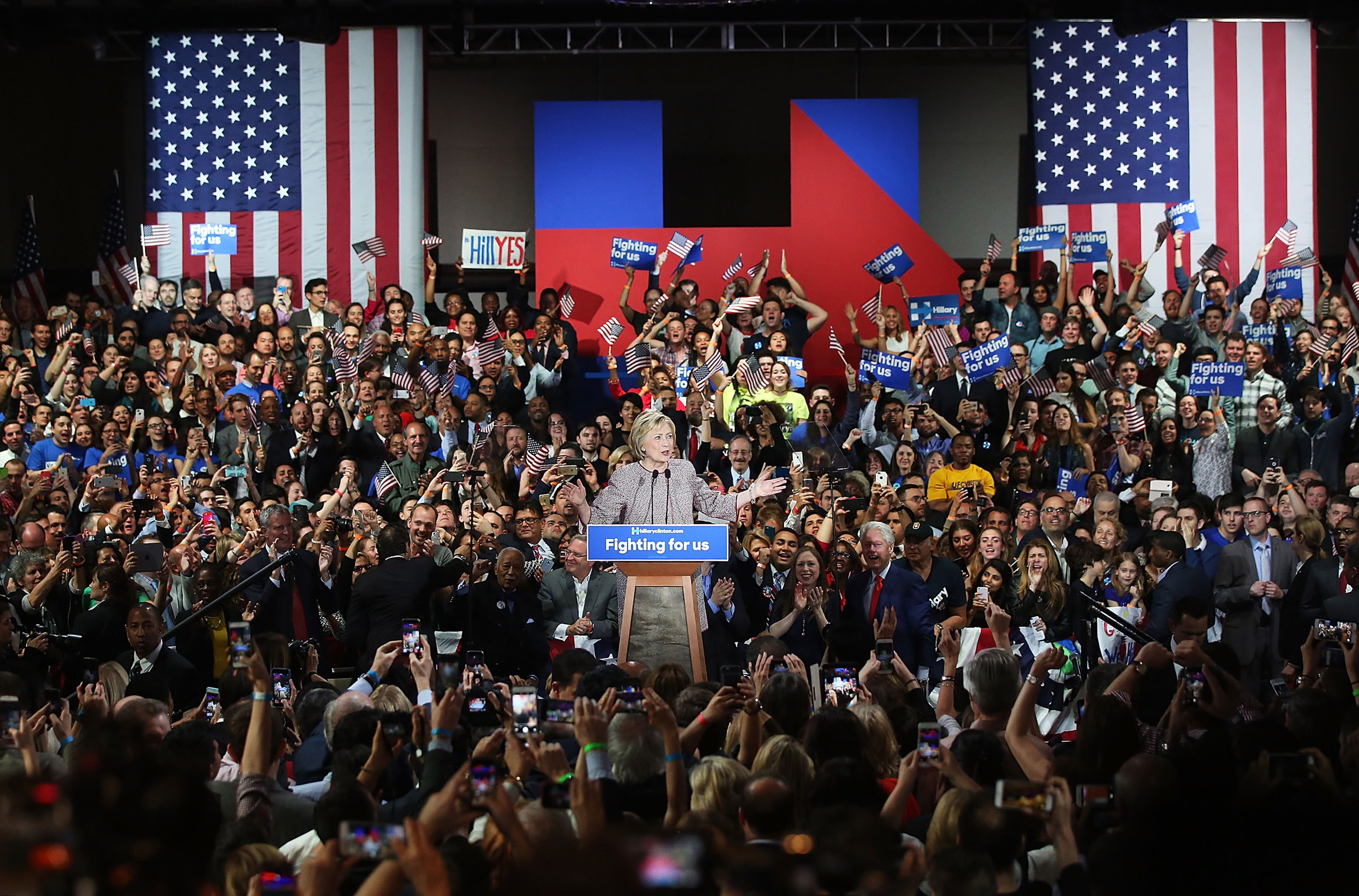 See video of rally where the image was taken.


Link to stream of Florida rally posted by The Hill 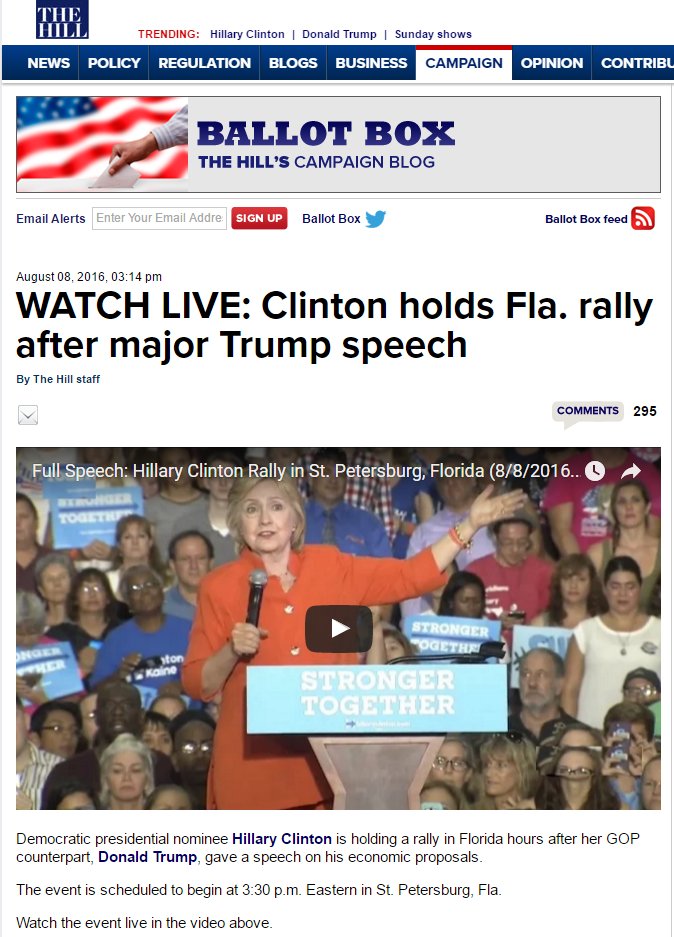 Snapshot from the video of the rally in Manhattan, 19th April 2016. This is the moment when the photographer, Spencer Platt, took the image. Obviously Spencer Platt and the video camera person were not in the same position. The different perspective means that some people will he hidden behind Hillary Clinton. For example the guy with the glasses and mustache just above her left hand. Also the lady with the blonde hair that you can see over her right shoulder. 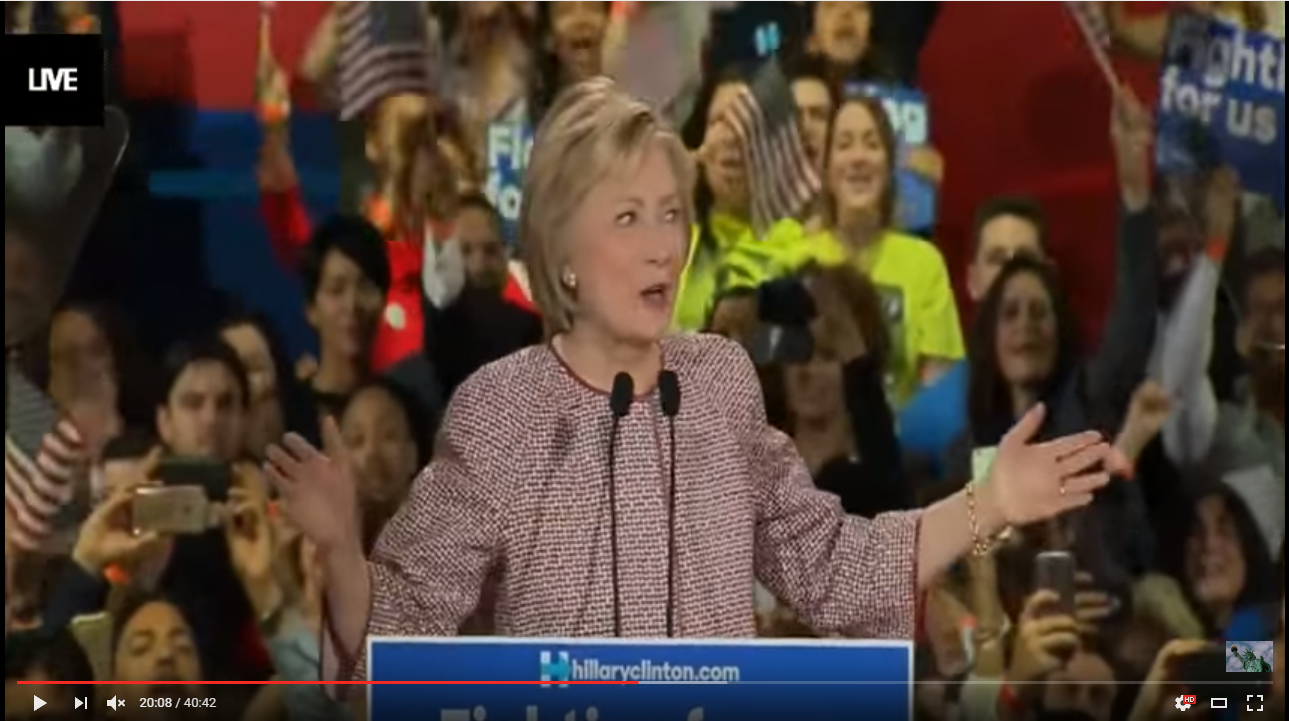 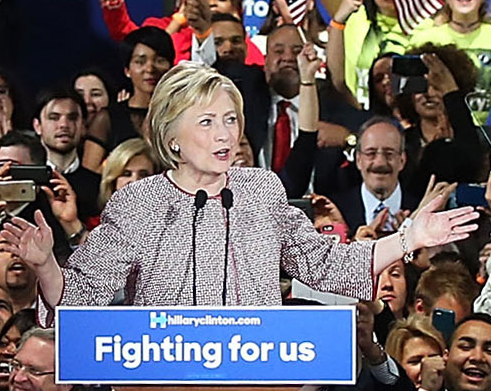 Linking up some other Spencer Platt images from the video of the Manhattan rally. 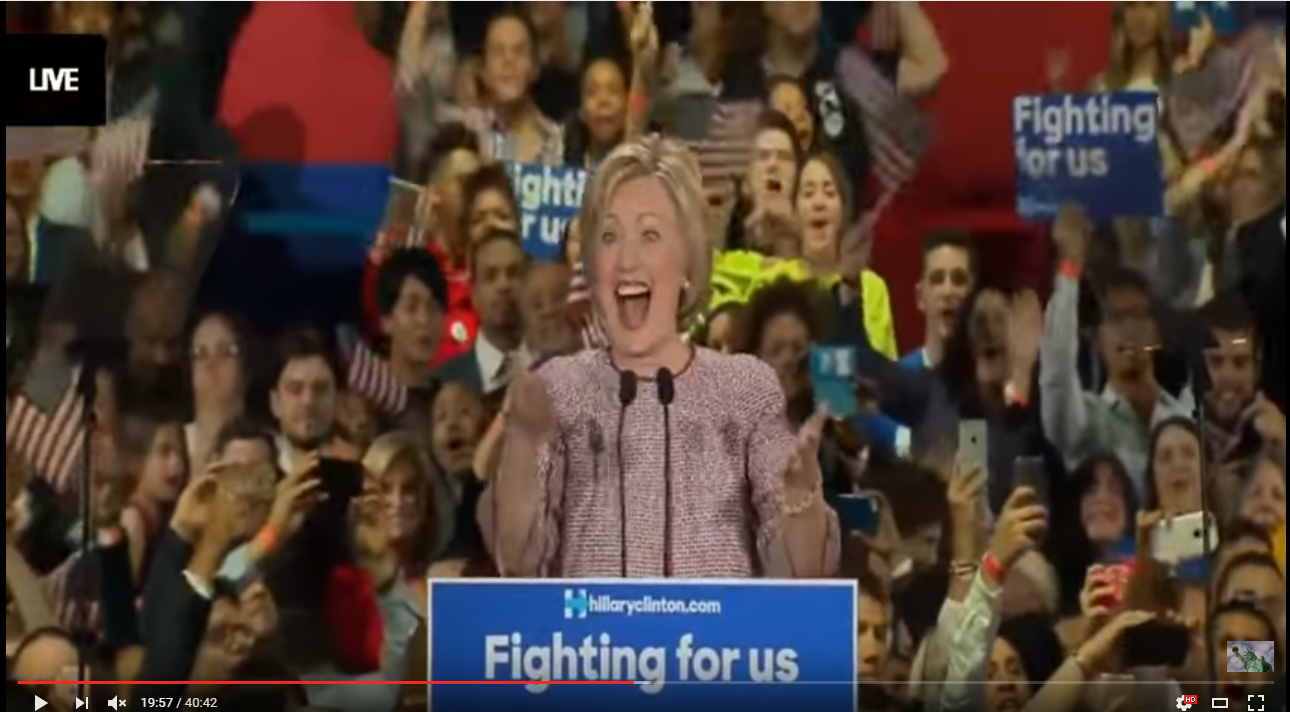 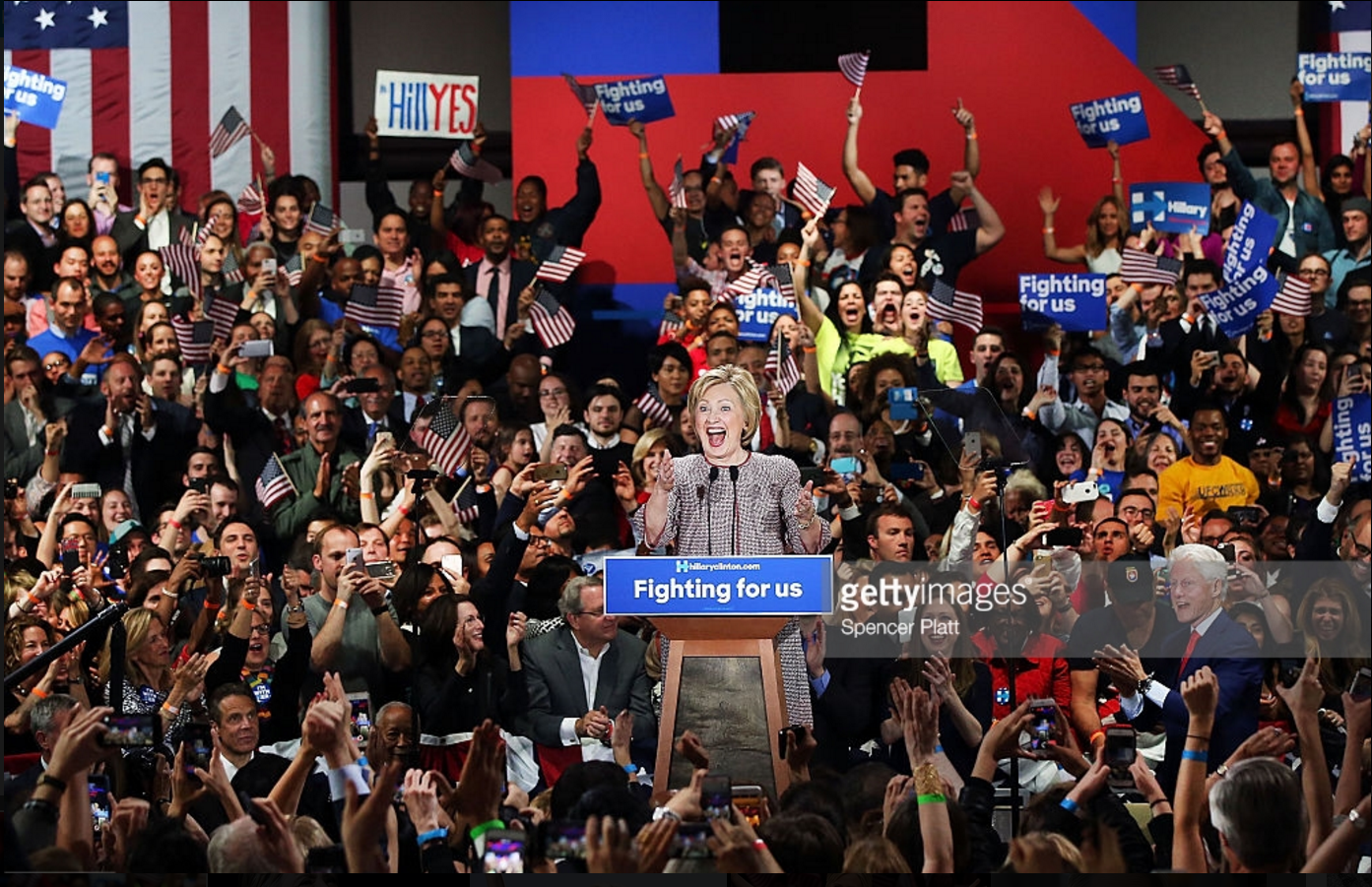 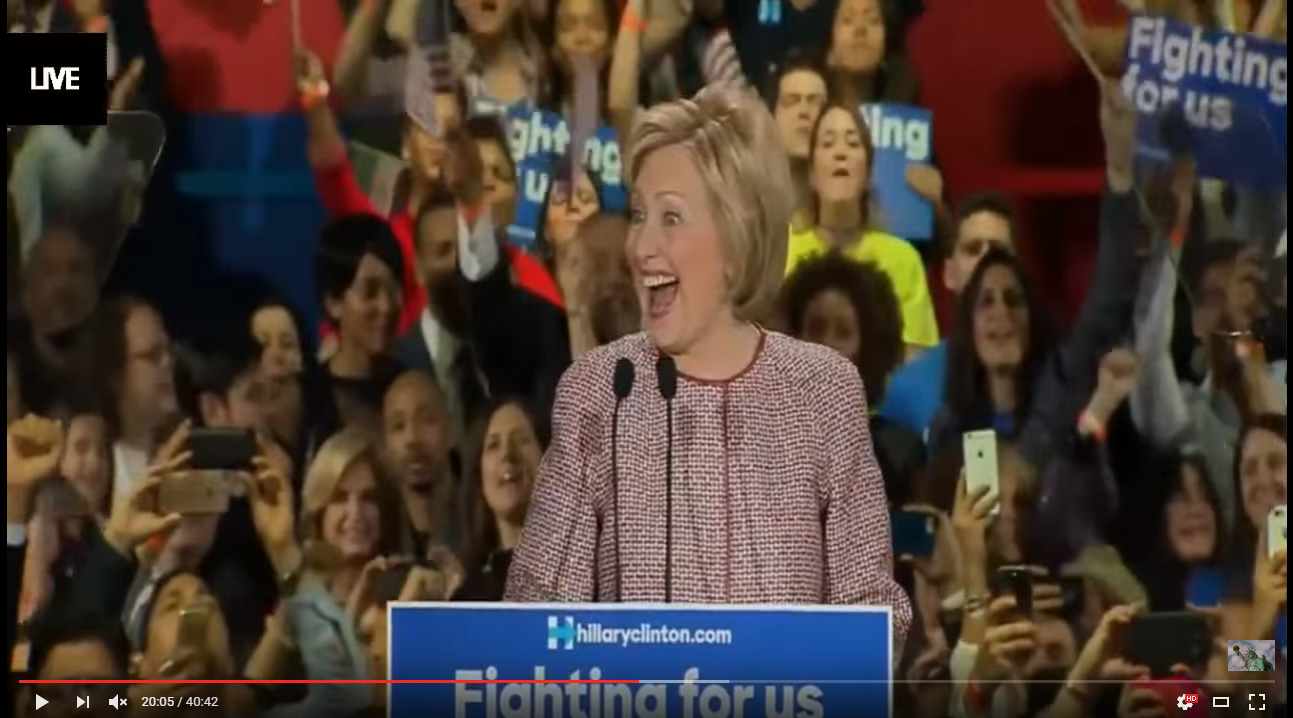 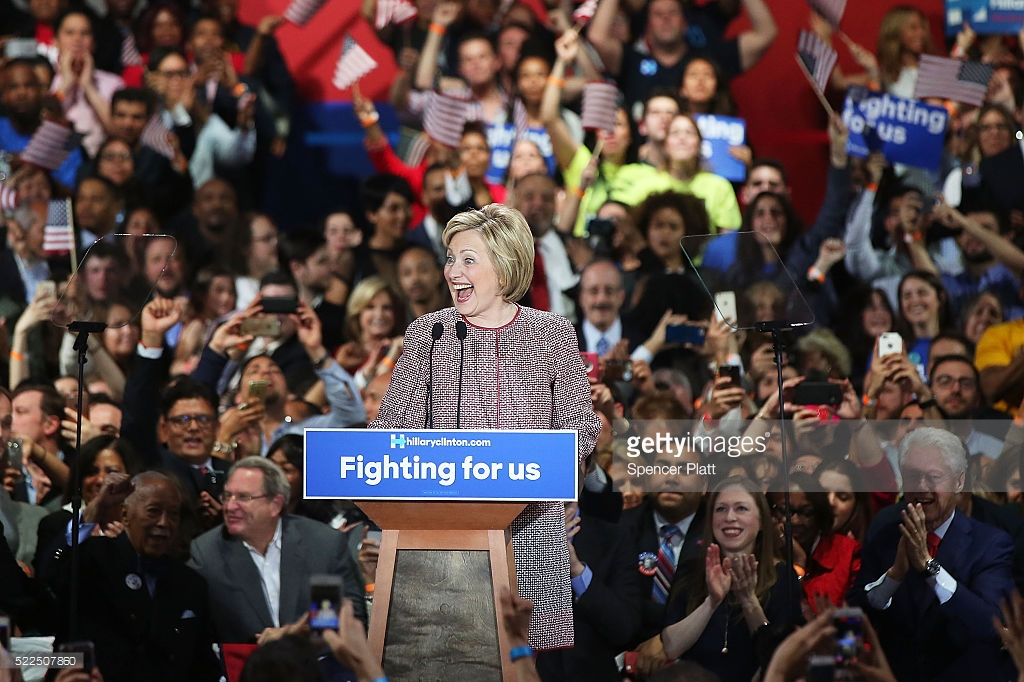