How much plutonium did Fukushima release and how does it compare to Chernobyl?

This study calculated the releases and has data for Chernobyl too: http://www.rri.kyoto-u.ac.jp/anzen_kiban/outcome/Proceedings_for_Web/Topics_4-02.pdf

Going by the METI study, Chernobyl released 6000 times more Pu-241 and 13,000 times more of the other plutonium isotopes as Fukushima.

The Rocky Flats Plant fire of 1957 released 65% as much plutonium as Fukushima. Rocky Flats is located 15 miles northwest of Denver, CO. 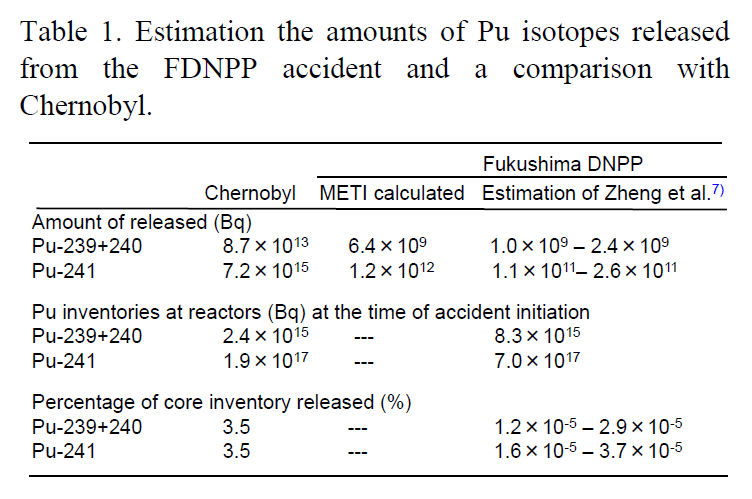 One outlier study came up with releases of 100 times more but most studies converge around this study's estimates.
You must log in or register to reply here.