Update: No bill was passed.

Apparently, Fort Lauderdale has passed a bill banning Geoengineering in their town. Here's a link to the resolution from their website: http://www.fortlauderdale.gov/documents/sab/2014/102714sab_backup.pdf


A. The people of the City of Fort Lauderdale recognize that various organizations, both governmental and nongovernmental, propose the global disbursement of aerosols and other particulates into the atmosphere for the stated goal of countering the negative effects of global warming – a process labeled
Page1of26
SAB, Supporting Documents 10/27/2014
with various terms, including but not limited to: “geoengineering,” “climate engineering,” “climate remediation,” and/or “solar radiation management.”vi

B. The people of the City of Fort Lauderdale find that there is increasingly more information, studies, and reports indicating that such geoengineering efforts have been proposed and may be currently occurring.vii

C. The people of the City of Fort Lauderdale further find that studies show that disbursements from stratospheric aerosol geoengineering and other such programs may contain potentially harmful substances with many known and unknown health and environmental consequences, which may contaminate the air, water, soil and people of Fort Lauderdale.viii

What is there to debunk? Geoengineering by that method has certainly been proposed, such programs may contain potentially harmful substances and may be currently occurring. There's no evidence to suggest that they ARE currently occurring but we can't say for certain that they're not occurring in some undetectable and ineffective way

Apparently, Fort Lauderdale has passed a bill banning Geoengineering in their town. Here's a link to the resolution from their website: http://www.fortlauderdale.gov/documents/sab/2014/102714sab_backup.pdf

I'm confused. Are you saying that Fort Lauderdale has somehow "passed"
this laundry list of rehashed "chemtrail" (and other) CT claims?

Is there evidence of that, somewhere?

(and, even if it were legit, there's too much silliness there for one thread...you'd want to pick one of
the claims--preferably one that hasn't already been beaten to death--and let folks see about debunking it)
Last edited: Jun 5, 2015

Staff member
They actually use WITWATS as a reference!

Not to mention these great sources of evidence. 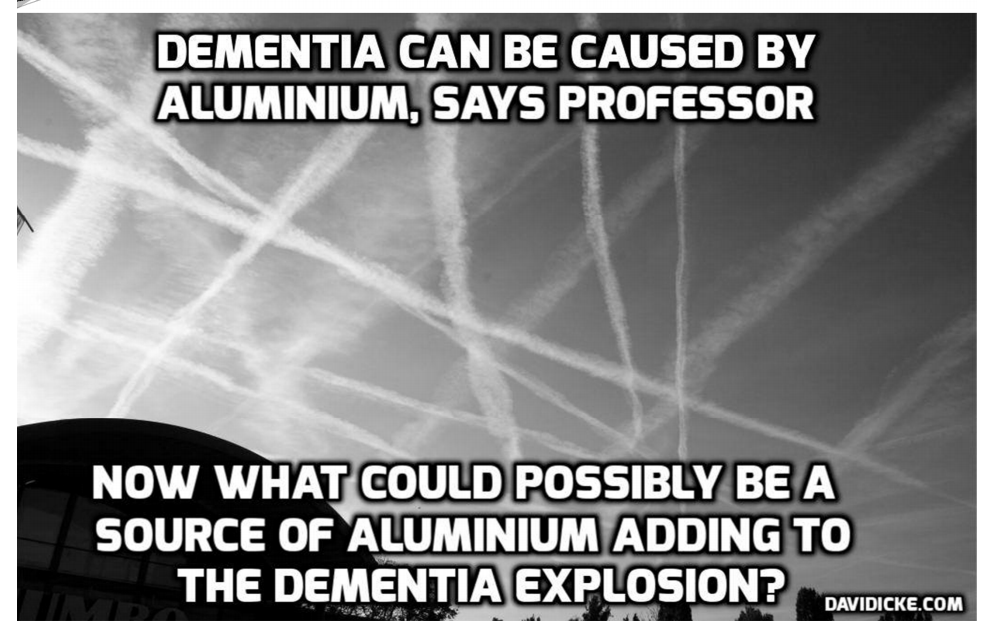 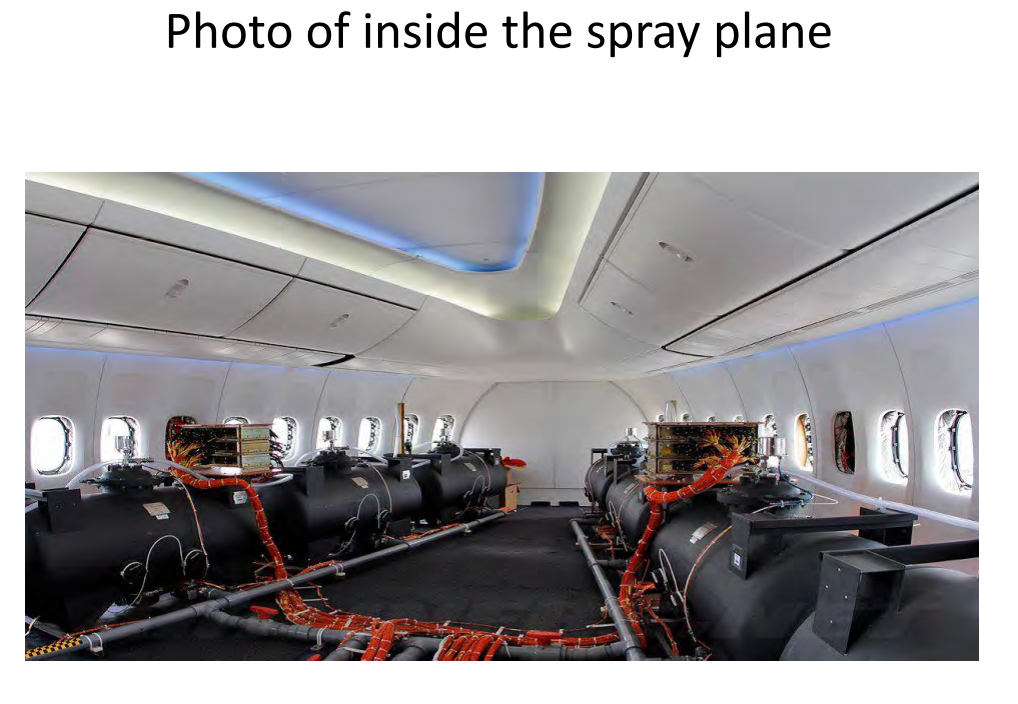 Edit: As far as I can see this was a meeting of the city's "Sustainability Advisory Board": http://www.fortlauderdale.gov/documents/sab/index.htm

I don't think it reflects anything passed into law.
Last edited: Jun 5, 2015

Staff member
OK, here we are. It looks like there was at least one voice of reason, in Dr Goetz. 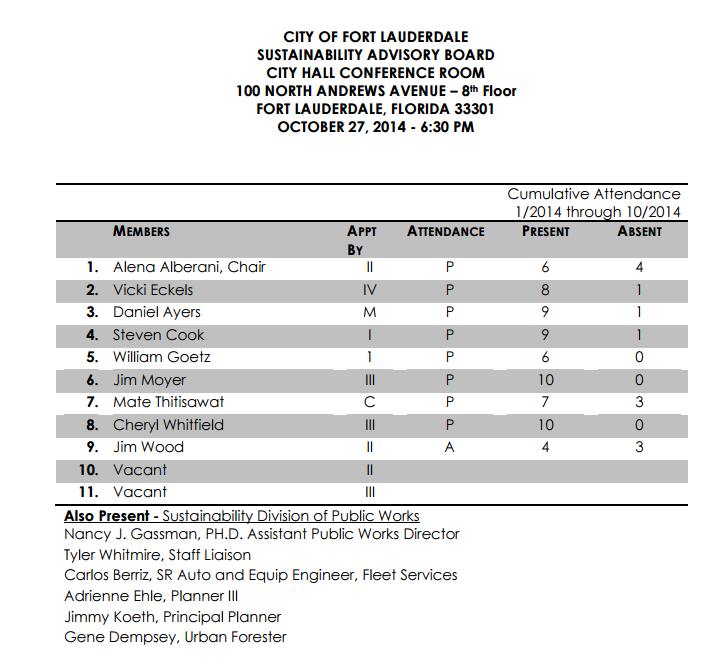 Geoengineering Resolution – Richard McCurdy, citizen and Judy Summers representing the grandsons and granddaughters of the pioneers of Fort Lauderdale. Mr. McCurdy noted that con trails (the white trails behind jets in the sky) morph into a haze. He stated the contrails contain chemicals including Aluminum and Barium. Chair Alberani noted that there are trials to use contrails to seed the sky to reduce the impacts of climate change. Mr. McCurdy wants people to increase the awareness. A You-tube video was shown.

Ms. Whitfield – The Sustainability Action Plan includes air quality and the need to address climate issues. She stated that chemtrails contain aluminum, barium, and strontium. There is a NATO program to spray geoengineering chemicals. There is an international protest against geoengineering. Local governments are starting to show concern and she showed slides of chemical trails over Fort Lauderdale. The proposed ordinance is one city saying no to a larger organization. She wants to encourage the SAB to consider vetting this topic and identifying the sprayers.

Chair Alberani reminded the board of its mission. She noted the connection of this topic to air quality, but felt this was beyond the scope of the SAB. Other members supported that this topic was too big for the SAB and may not be directly relevant. Ms. Whitfield will do additional research.


So it looks like a member of the public raised it, a member of the SAB (Cheryl Whitfield) was also in favour, but more sensible voices prevailed and that was that.
Last edited by a moderator: Jun 5, 2015

Staff member
Seems similar to other proposals. A more "free-thinking" council member (in this case Cheryl Whitfield) is representing some locals (Richard McCurdy and Judy Summers ) who are chemtrail believers. Whitfield brings something to the council who are largely unfamiliar with the issue. They try to be even-handed. They might end up passing something just to make people go away. Like when they banned mind control rays from space in Richmond.
https://www.metabunk.org/richmond-city-council-chemtrails-and-the-space-preservation-act.t6335/

Which came back to bite them:


Regardless, since the resolution passed, the police department has been fielding calls from people throughout the world who feel targeted by anything from surveillance to mind control to insidious nanotechnology.

"We are getting numerous requests from individuals all over the country--some even from other countries related to the Council's recent resolution," police chief Chris Magnus said in a statement released by the mayor's office. "Richmond now seems to be known as the 'resource or helpers' for folks from many states with a myriad of mental health and other problems."

The department does not have the resources to field such a large number of calls, Magnus said.

You've just doubled the the number of results: 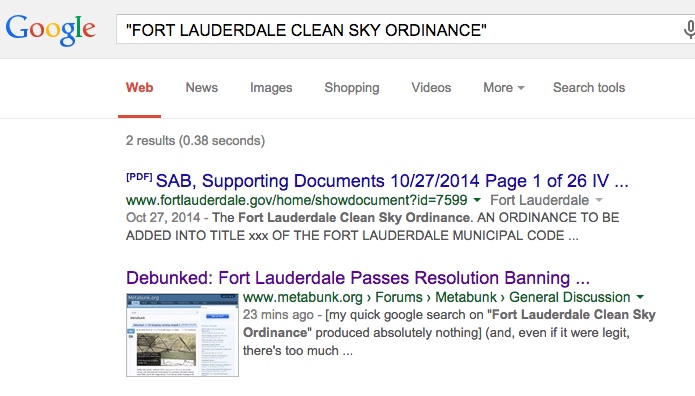