Staff member
This one is making the rounds: 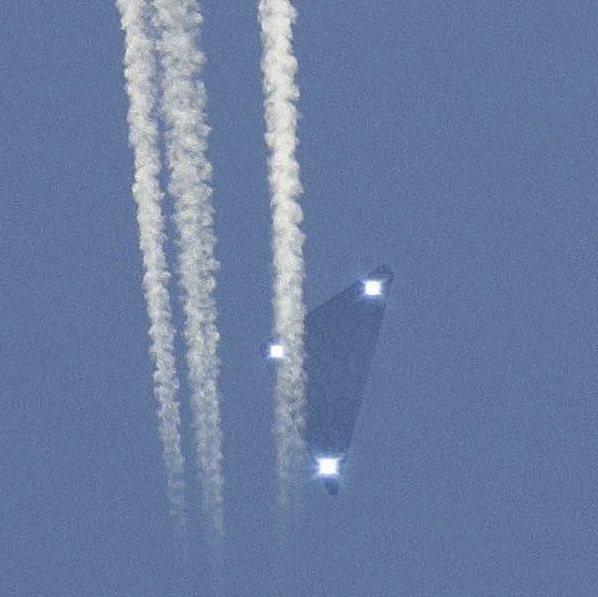 It seems to be just a simple photoshop overlay on top of this photo: 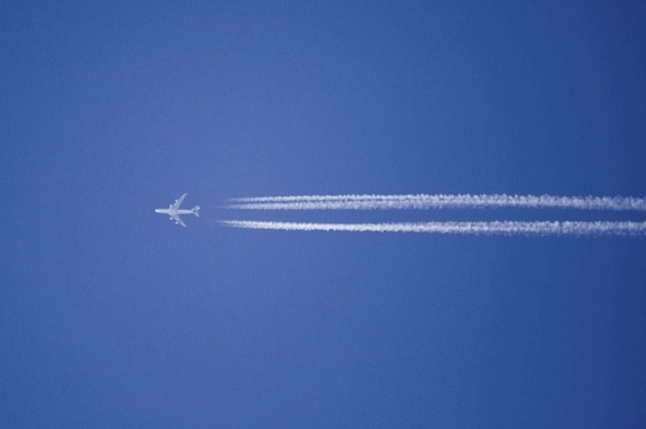 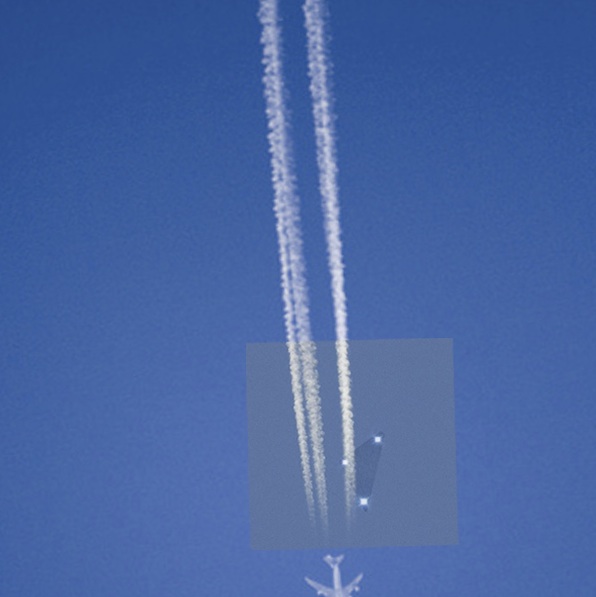 Wow, nice spotting of the bunk. How did you know?
And oh, why would they do this?
It's.... weird.

Staff member
It's a fairly distinctive contrail pattern, with two of the trails on the pilot's right side merging together, and the trails starting fully behind the engine. So I just searched for "contrail", and it only took a few minutes. When people want to fake a photo they often seem to Google the source images, which makes it easier to debunk.

I'm not 100% sure it's the correct underlaying image, as the pendule patter does not match exactly, but it's hard to tell with with blur.

People like to fake things, I guess some of them want the attention. But maybe some of them think they saw something and are drawing what they saw, and later it gets passed off as genuine.
U

i got one here in Greece i was filming chemtrails one plane with chemtrail and the other without pause the film in 4th second and observe the triangular unidentified object!!! http://www.greektube.org/content/view/175711/2/ 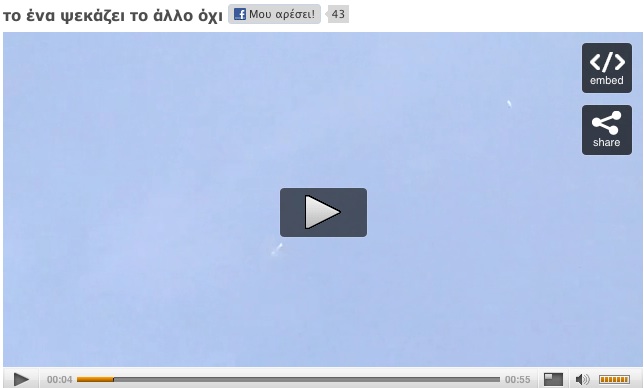 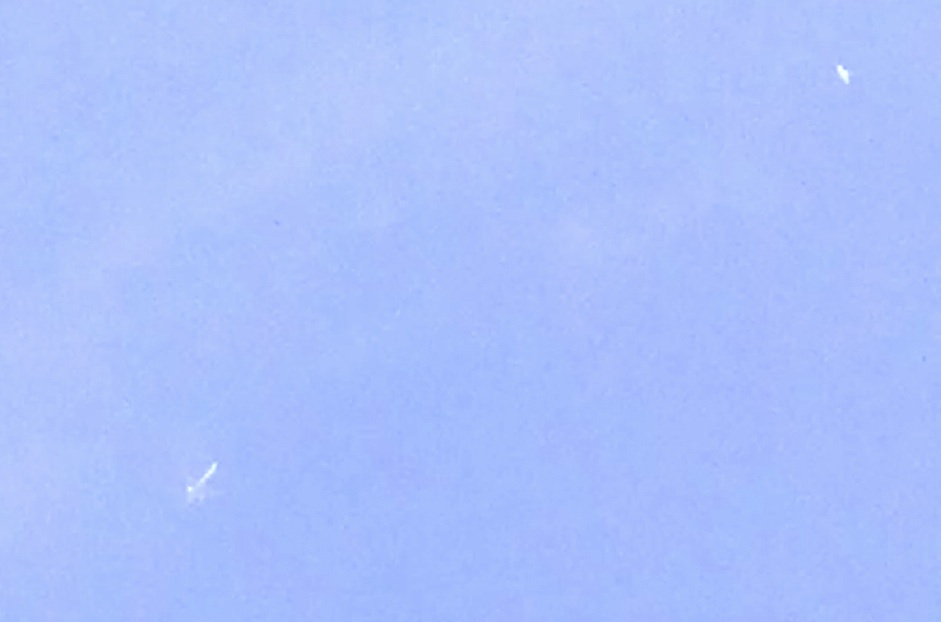 I'm thinking it's the one in the upper right. It's a plane. You only see the parts of it that are reflecting the sun, and the rest is hidden by the atmosphere and the low resolution video.
Last edited: Nov 20, 2013
You must log in or register to reply here.

A
Triangle UFO over Shanghai, June 2021