Staff member
A popular claim comes from a consultant's report is that Antrim county, Michigan had a ballot "Error Rate" of 68.5%, but the FEC requirement is 0.0008% errors. The FEC number isn't actually from the FEC, but obviously 68.5% would be a ridiculous error rate, so what is going on?


In his report, Ramsland claimed, “The allowable election error rate established by the Federal Election Commission guidelines is of 1 in 250,000 ballots (.0008%).” On the Antrim machines, he wrote, he “observed an error rate of 68.05%.”

The FEC regulates campaign finance, not voting equipment, and has no such guideline. The federal agency that does deal with voting equipment is the Election Assistance Commission. Antrim County’s Dominion tabulators are certified by the EAC. In Michigan, 65 out of the state’s 83 counties use voting systems manufactured by Dominion.

Moreover, the error rate identified by Ramsland is not a measure of ballot counting errors. Ramsland did not have access to the paper ballots as part of his investigation, according to Jake Rollow, a spokesman for the Secretary of State’s office. Ramsland acknowledged that he was not referring to ballot tabulation errors, even though the purported benchmark he compared it to is “1 in 250,000 ballots.”

Rather, Ramsland wrote, the error rate applies to the 15,676 “total lines or events” in Antrim’s tabulation logs. “Most of the errors were related to configuration errors that could result in overall tabulation error or adjudication,” he wrote, without giving more details or saying that they did result in such errors.

The EAC certification requirements that Antrim’s Dominion machines had to meet certain error thresholds for the computer code that runs the systems, but the tabulation logs track something else.

In other words these are no ballot errors, they are just configuration errors.

The report comes from a dubious source:

In one such analysis on voter turnout, Ramsland mistook voting jurisdictions in Minnesota for Michigan towns. In another, filed in support of a federal lawsuit in Michigan, he made inaccurate claims about voter turnout in various municipalities, misstating them as much as tenfold

J. ERROR RATES
1. We reviewed the Tabulation logs in their entirety for 11/6/2020. The election logs for Antrim County consist of 15,676 total lines or events.
• Of the 15,676 there were a total of 10,667 critical errors/warnings or a 68.05% error rate.
• Most of the errors were related to configuration errors that could result in overall tabulation errors or adjudication. These 11/6/2020 tabulation totals were used as the official results.
...
According to the NCSL, Michigan requires testing by a federally accredited laboratory for voting systems. In section 4.1.1 of the Voluntary Voting Systems Guidelines (VVSG) Accuracy Requirements a. All systems shall achieve a report total error rate of no more than one in 125,000. •
https://www.eac.gov/sites/default/files/eac_assets/1/28/VVSG.1.1.VOL.1.FINAL1.pdf

[The eac link was broken, I fixed it, above.]

They don't list the actual errors or warnings, so one can only guess as to their actual severity.

J. Alex Halderman, the U-M professor and voting systems expert, said he has looked into the incident and determined that the problem arose because Antrim officials made a mistake before the election when they loaded a new version of the "election definition" — the data that is similar to a spreadsheet describing the races and candidates on the ballot.

According to the state, the new "election definition" was loaded in October after county officials learned of two local races in which ballot information had to be updated.

County officials correctly loaded the new version onto the scanners for the affected precincts, but left the old version on scanners for precincts where the ballot was not affected by the late change, Halderman said.

So although the scanners in the tabulators counted all the votes in each precinct correctly, the different versions of the ballot resulted in problems and erroneous vote totals when the precinct results were combined in the election management system, a separate software package used to manage and consolidate results before they are reported to the state, he said.

These errors were found and fixed.

From the Ramsland report:

The last line corresponds to the official tally , see page 7 of http://www.antrimcounty.org/downloads/official_results_2nd_amended.pdf

If these votes were invalidated, that would benefit Joe Biden.
Last edited: Dec 15, 2020

The forensics report was created by ALLIED SPECIAL OPERATIONS GROUP. 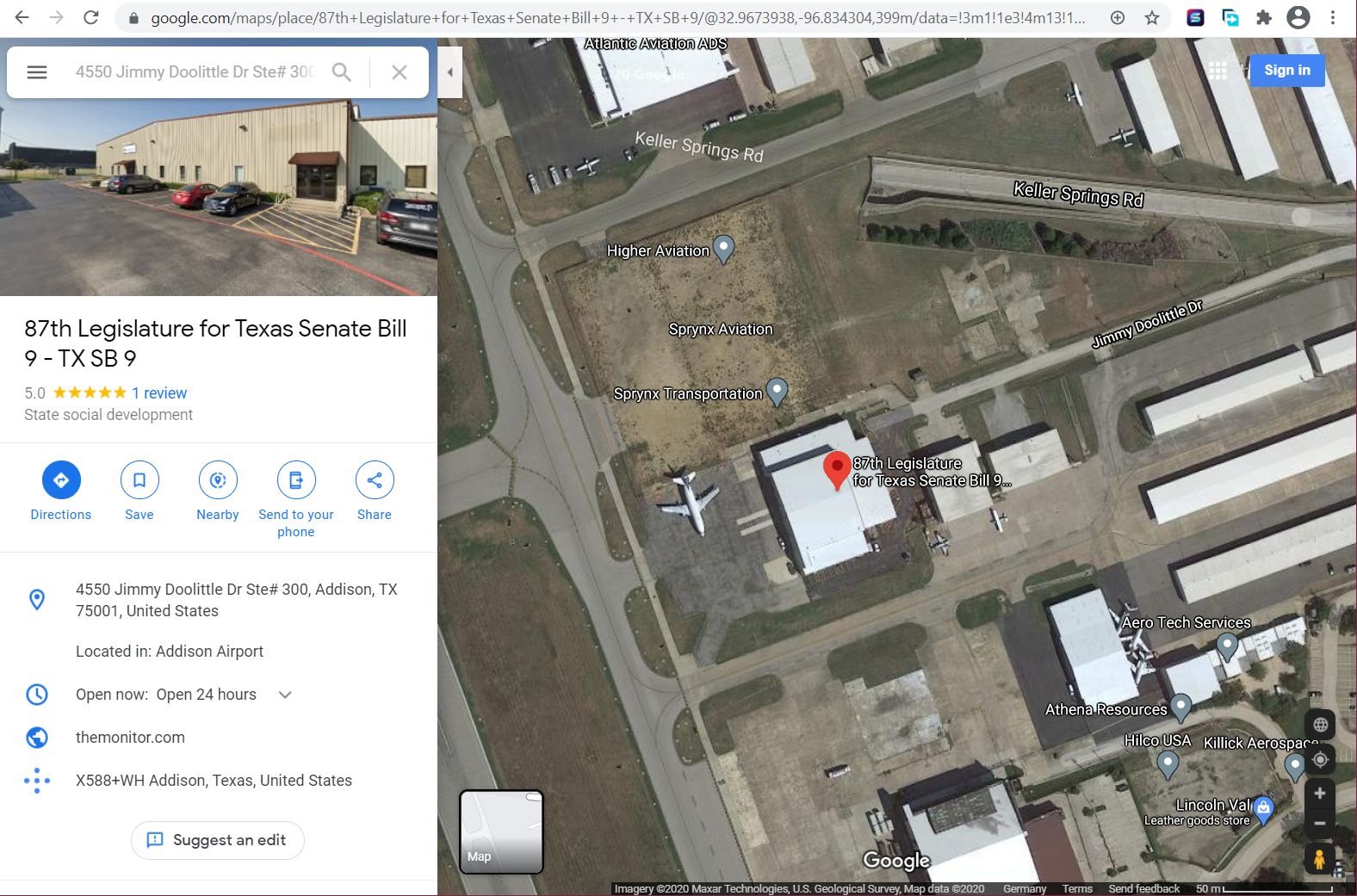 The House Elections Committee voted Friday to advance a controversial election bill, setting up a race to get it onto the full chamber’s agenda ahead of bill-killing deadlines that start this weekend.

The committee approved Senate Bill 9 by Republican state Sen. Bryan Hughes on a 5-4 party-line vote during a short meeting on the House floor called two days after the panel heard hours of public testimony — a vast majority in opposition of the bill — during a marathon hearing that ran past midnight.

Although I do not have access to the unredacted report associated with the Dominion machine used in Antrim County, Michigan, I have read the report that was made public. Mr. Ramsland's conclusions are valid.

For those who want to quickly go to the section of the Election Assistance Commission (EAC) section of the Voluntary Voting Systems Guidelines Version 1.1 discussing the performance accuracy requirements, they are in Paragraph 4.1.1 "Accuracy Requirements", on Pages 79-80.

The following is from the bottom of page 79.

(sorry, I couldn't figure out how to put the -6 as an exponent).

Page 80 has more details on how the cumulative report error rate is required to be counted, and the origin of the error rate benchmark of 1 in 125,000.

If I remember my scientific notation correctly, this is 0.000008

For additional reference, during court authorized testing performed on Dominion machines as part of the case of Curling vs. Raffensperger (U.S. Federal District Court Atlanta - Judge's Opinion Oct 11, 2020), when feeding the same ballot through the machine five separate times during a test exercise, the machine recorded five different results (see pg 105 of the Judge's opinion).

Other testing during this same case yielded unacceptably high error rates not as high as the rate noted by Mr. Ramsland, but still what I would consider unacceptable for a system such as this one.

KelvinSkye said:
For additional reference, during court authorized testing performed on Dominion machines as part of the case of Curling vs. Raffensperger (U.S. Federal District Court Atlanta - Judge's Opinion Oct 11, 2020), when feeding the same ballot through the machine five separate times during a test exercise, the machine recorded five different results (see pg 105 of the Judge's opinion).
Click to expand...

Georgia is the only state using the Dominion barcode-based BMD system statewide as the mandatory voting method for all in-person voters.

Is Antrim County using that model?

During the court-authorized testing of the Dominion equipment supplied by Fulton County, Coalition member Jeanne Dufort marked and scanned a series of test ballots to see how the marks were interpreted and tabulated by the scanner. To replicate the various ways voters might feed paper ballots into the scanner, Dufort scanned the same ballot multiple times "top side up, top first and then bottom first, and bottom side up, top first, and then bottom first to see if it made any difference in how the scanner saw the vote." (Id. at 178.) As Dufort described at the September 10 hearing, the test ballot "had five contests on it. Three were races, and two were questions. When I put it through, the first thing I did was put it through each of the four possible ways to feed it. And each time, I got a different message from the scanner. It would return it with an error saying there were ambiguous marks, but it never pointed out the same ambiguous marks." (Id. at 179.) More specifically, she testified that "the first time when we put it in face up like you see first, it told us that one SPLOST race, one of the contests on the backside, was ambiguous. The second time when I put it in bottom first, it told me that the liquor sale vote was what was ambiguous and it didn't tell me anything about the SPLOST. The third time when I turned it over and put it backside facing up top end, it told me the SPLOST and one of the judge races was ambiguous. Then the fourth time when I put it backside bottom in, it told me the SPLOST and the liquor sales was in there." (Id.) Each of the four times Dufort fed the same ballot through the scanner, she got four different responses from the scanner. (Id. at 179-80.) Dufort repeated the experiment again, this time feeding the ballot in the same direction five separate times and still each time she got a different response from the scanner. (Id. at 180-81.)

From the Voluntary Guidelines (do they have force in Antrim if they're voluntary?), 4.1.1 Accuracy Requirements, page 80:

ii. For each report item, compute the “report item error” as the absolute value of the difference between the correct value and the reported value. Special cases: If a value is reported that should not have appeared at all (spurious item), or if an item that should have appeared in the report does not (missing item), assess a report item error of one. Additional values that are reported as a manufacturer extension to the standard are not considered spurious items.

Is "ambiguous" even an error under these guidelines?
The item is not missing, and it's not wrong; it simply has to be checked manually.


The allowable election error rate established by the Federal Election Commission
guidelines is of 1 in 250,000 ballots (.0008%).

We reviewed the Tabulation logs in their entirety for 11/6/2020. The election logs
for Antrim County consist of 15,676 total lines or events.
• Of the 15,676 there were a total of 10,667 critical errors/warnings or a
68.05% error rate.
• Most of the errors were related to configuration errors that could result in
overall tabulation errors or adjudication. These 11/6/2020 tabulation totals
were used as the official results.

Configuration errors that "could" result in tabulation errors are not counted as errors under the guidelines; only actually erroneous values do.
Again, Ramsland doesn't understand the guideline.

On top of that, it has been explained early on that there was indeed a configuration error, which is not the machine's fault; see my post above. Raffensberger claims that this error was not fixed for the official results; but he provides evidence (see the table in my post) that it was.

A high "error rate" in the election software (in this case 68.05%) reflects an
algorithm used that will weight one candidate greater than another (for instance,
weight a specific candidate at a 2/3 to approximately 1/3 ratio).

And this is going off the rails; he doesn't really show any evidence of that.

According to the NCSL, Michigan requires testing by a federally accredited
laboratory for voting systems.

Testing and Certification of Voting Systems​

Local jurisdictions select and purchase voting systems, but before they are able to do so the system must go through a testing process to ensure that it meets state standards and in some cases federal standards as well. Voting system vendors are responsible for ensuring that the system is tested—often through a federally accredited Voting Systems Test Laboratory or VSTL—to the required standards. Once testing is complete, approval is issued at the state level and local jurisdictions may purchase the system.

I understand this to mean that Michigan machines do not need to be certified as 100% compliant; just that they've been tested, and that the reports are part of the purchasing decision.
You must log in or register to reply here.