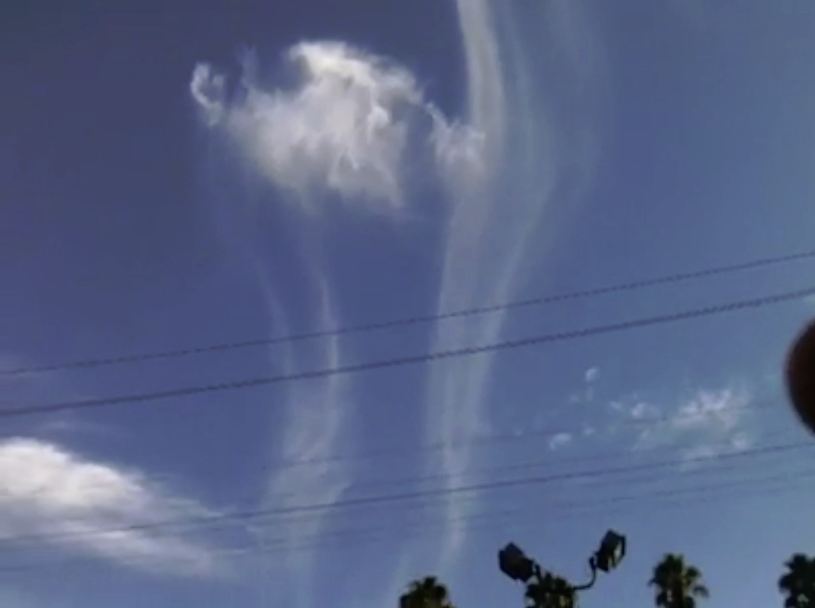 This is interesting as it demonstrates some of the misconceptions people have about things in the sky. Particularly the problems of things that are near the horizon.

Consider a plane flying away from you. It remains at the same height, yet quite rapidly visually seems to get closer to the horizon. It's just an illusion of perspective.

What the video shows are "virga". It's ice precipitation from high altitude cirrus clouds. It falls a few thousand feet (maybe from 40,000 to 35,000 feet), and then evaporates. Quite often it can be blown horizontal by wind sheer. In this case it's likely the higher level wind is faster than the lower level, and is blowing towards the camera, making the tail look a bit longer than it actually is.

Here's some similar clouds from 100 years ago:

Here it's given the old fashioned term cirrus caudatus, now we would more likely call it cirrus uncinus .
Last edited: Nov 20, 2013
You must log in or register to reply here.