The following video entitled "Amazing Authentic UFO Footage Near Avebury" captures the attention of many in part due to it's close proximity to the are of the UK famous for crop circles. It features an excited ufo witness filming out-of-focus lights in the sky that she assumes to be UFO's. The video was taken from a long distance away and at no point are the lights properly in focus because the witness is stood behind some flowers which the camera is more focused on. This as well as the distances involved is why, if they are flares, we cannot see the smoke trails. This is also the reason why the lights sometimes appear as diamond shaped. It is a common thing for some cameras to cause out-of-focus light sources to appear diamond shaped :


Perhaps due to her being a foreigner she is unaware that she is looking directly towards a busy, well known military training area called "Salisbury Plain" where large-scale military exercises are carried out on a regular basis. At 2:23 we can hear a large-engine aircraft flying overhead. It is quite possible that this is the same aircraft or one of several responsible for dropping the flares, on it's way back to R.A.F Lyneham. 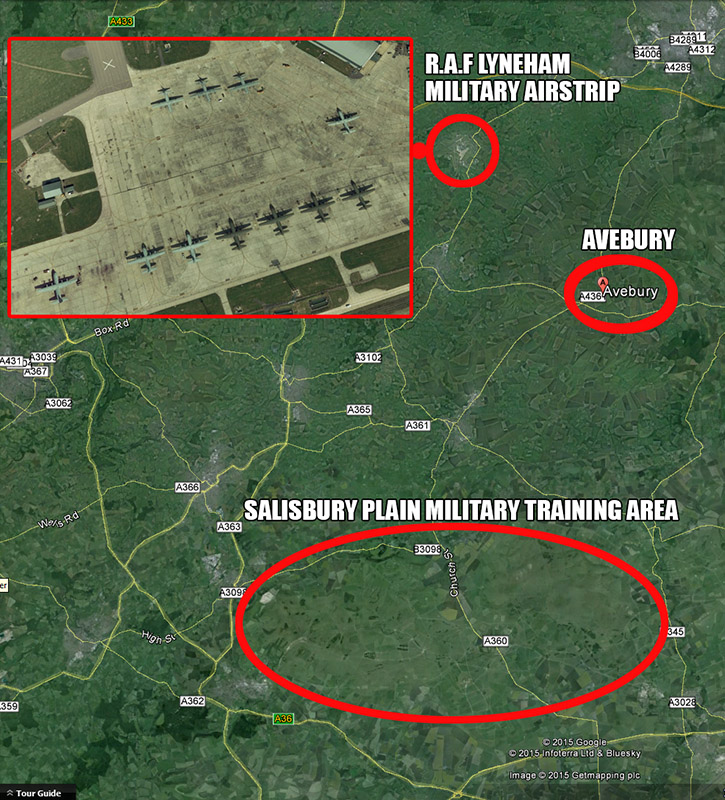 She returned to the scene the next day and made a video to help pinpoint in daylight exactly where the sighting happened. It can be viewed here from 9:17 onward:


I used the daytime video and the placement of "Silbury Hill" which she identifies to make a rough estimation of the direction in which she was looking. It seems pretty clear that she was looking directly towards Salisbury Plain. The lights, in all cases, start high, and slowly drop downwards. At no point do they make any other movements. They act and look exactly like flares would be expected to. 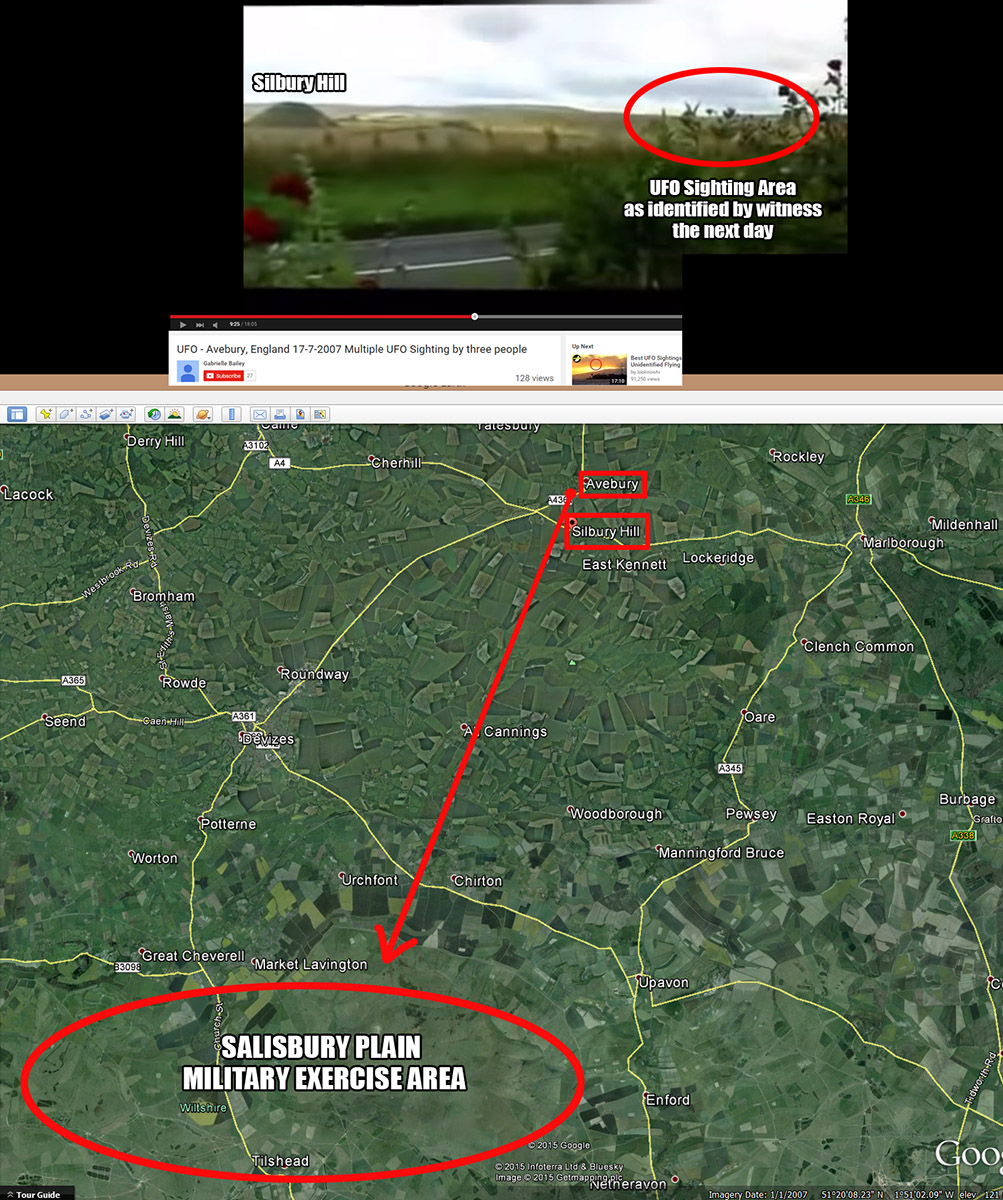