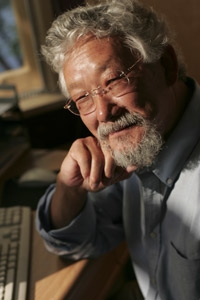 I recently wrote about geoengineering as a strategy to deal with climate change and carbon dioxide emissions. That drew comments from people who confuse this scientific process with the unscientific theory of “chemtrails”. Some also claimed the column supported geoengineering, which it didn’t.

The reaction got me wondering why some people believe in phenomena rejected by science, like chemtrails, but deny real problems demonstrated by massive amounts of scientific evidence, like climate change.
Click to expand...

I think this underestimate the problem of chemtrails. Because the "wacky distraction" acts as a hard barrier to even addressing the the climate change denial. It's a barrier in front of a barrier.

Unless you can convince someone that chemtrails are not real, then you will never convince them that global warming is real (unless they already believed that, and like Dane Wigington, have incorporated it into the theory).

The fake problems always seem more compelling and important than the real ones. Why bother with campaign finance reform if the Bilderbergers are running the world? Why reduce carbon emissions if psychopaths are deliberately destroying the ozone layer?

Earth Island Journal has picked this up:
http://www.earthisland.org/journal/...l_climate_change_denial_and_chemtrail_beliefs

The believers came down very hard on Ecowatch, "he's a shill", of course.

The believers came down very hard on Ecowatch, "he's a shill", of course.
Click to expand...

It is disappointing to read:

Scientists have tested and used cloud and atmospheric seeding for weather modification and considered them as ways to slow global warming.

How often have we pointed out that cloud and atmospheric seeding for weather modification is nothing to do with geoengineering ( = ways to slow global warming).

I would use this article in a discussion in another domain, but that statement, on the face of it, contradicts a line upon which I have been quite firm. It is pretty clear Suzuki is talking about cloud seeding for the albedo effects and not canonical cloud seeding for precipitation modification. The distinction is not explicitly delineated, and this explanation is unlikely to be accepted on the chemtrail forums.

It would be great if these big-name guys would run their material past us so that they could get these details right.
You must log in or register to reply here.