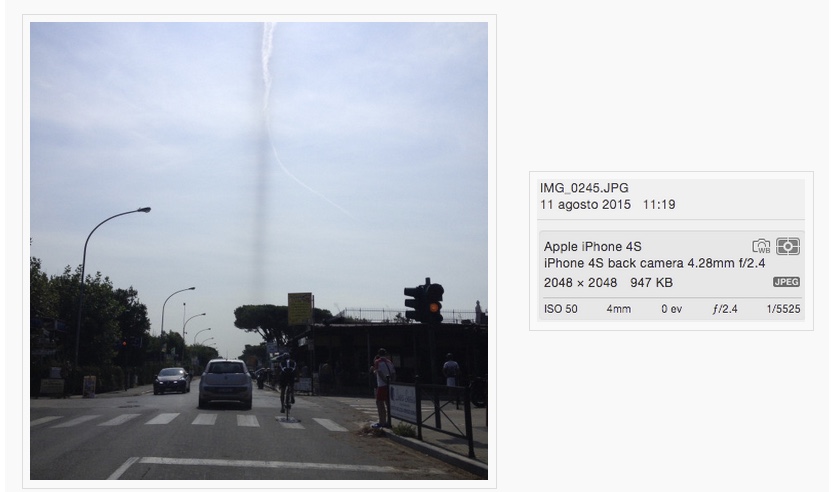 This is an excellent example of a contrail edge shadow in Italy. Edge shadows happen when a part of a contrail is lined up with the sun (from the point of view of the observer). This creates a slab of shadow through the haze, and the observer sees it edge on, so it looks like a dark beam extending in front of the contrail, often down to the ground. The curved section (and the straight section to the right) is still leaving a shadow, but because the camera is not lined up with it and the sun, you can't see it.

This example is particularly nice due to the level of detail we have about when and where it happened, August 11th, 2015, at 11:19 local time.
https://striscianera.wordpress.com/2015/08/17/ciao-mondo/ 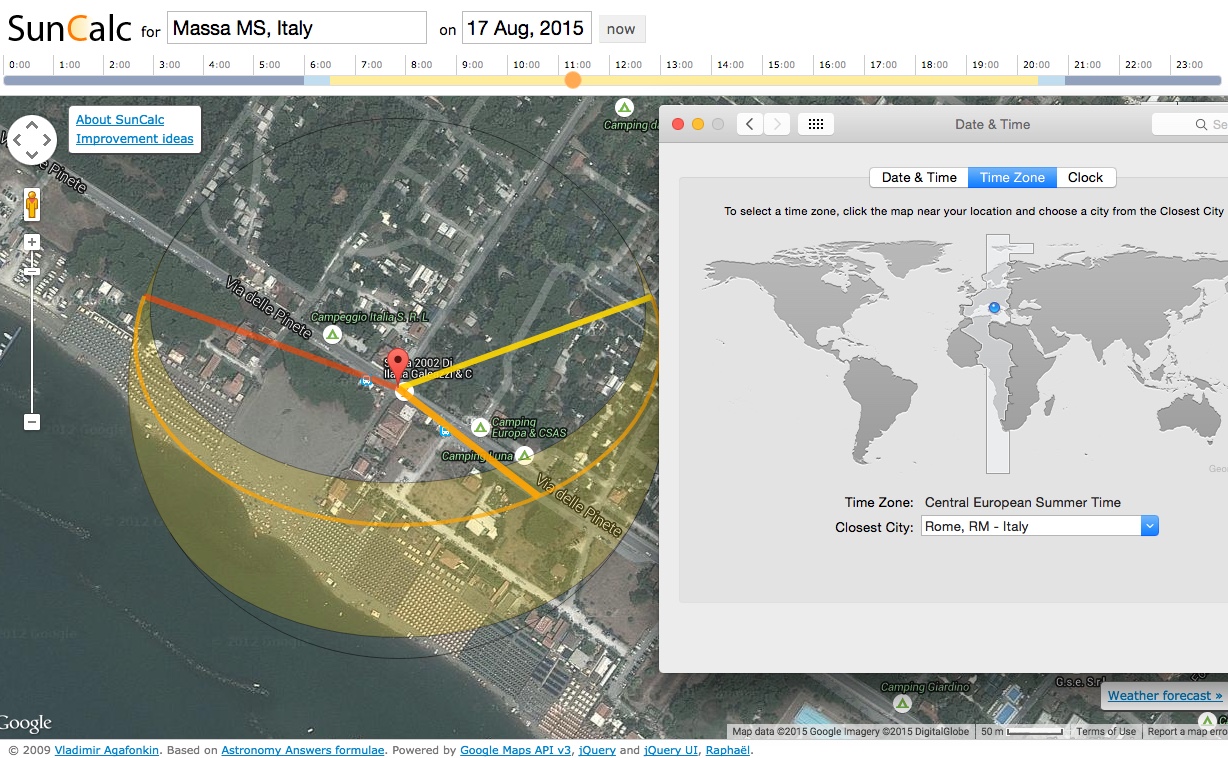 The orange line points toward the sun. It shows that the sun was nearly directly in front of the car, aligned nearly along Via delle Pinete. 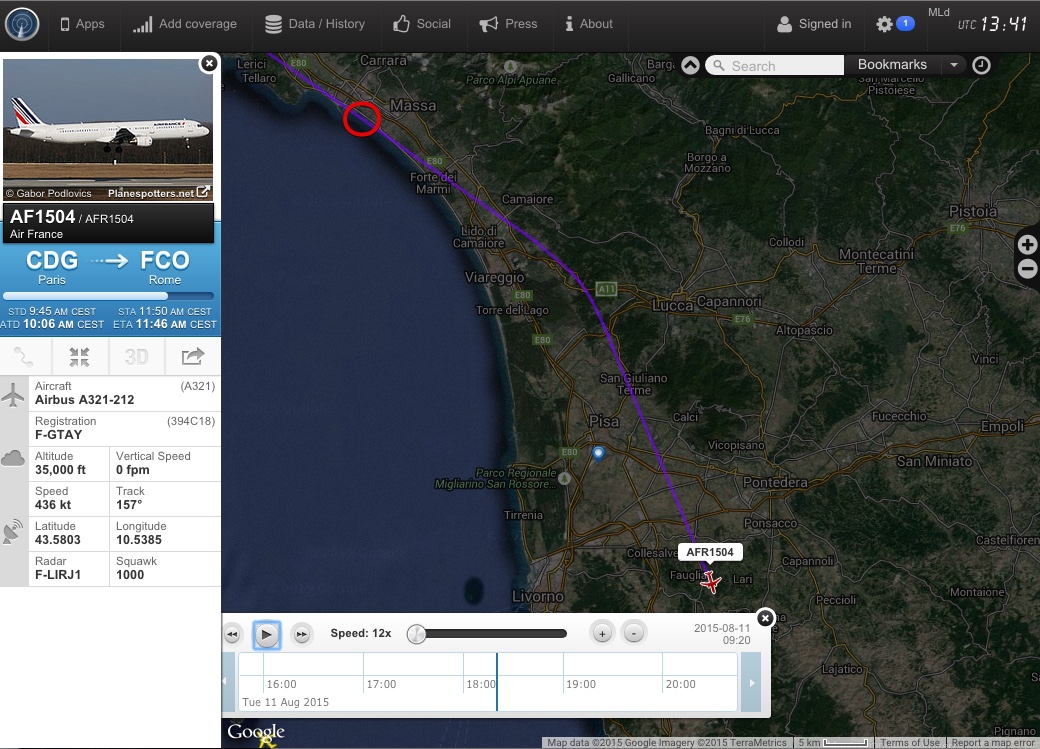 We can view this in Google Earth, and see that it's a match: 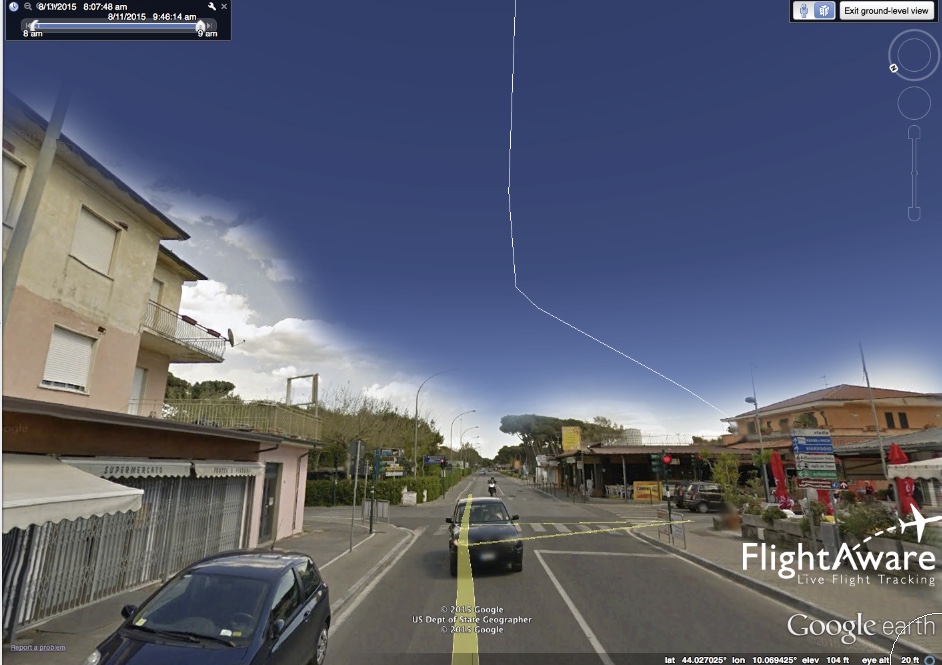