Banned
What are these colorful objects found on Google Earth/Maps at 44.737°N 117.109°W? They seem to be about 4 m long and 2.5 m wide according to the scale. I guess that estimate assumes they are near the ground which they probably would be compared to a satellite that is at an altitude of 450 km. The case is 120434 on the MUFON database. The imagery date is 12 June, 2015. As a check I looked at the 31 Aug, 2013 imagery and the objects weren't there. 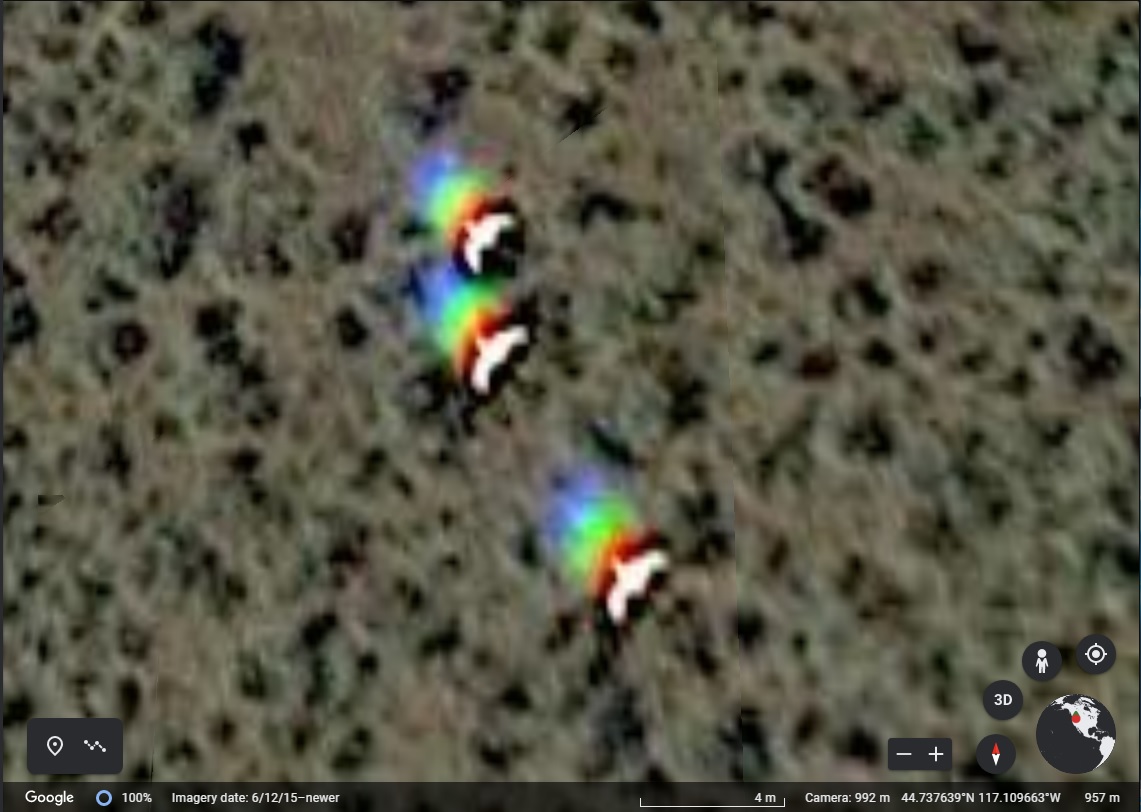 Staff member
Probably large white birds. They have an about 6 foot wingspan 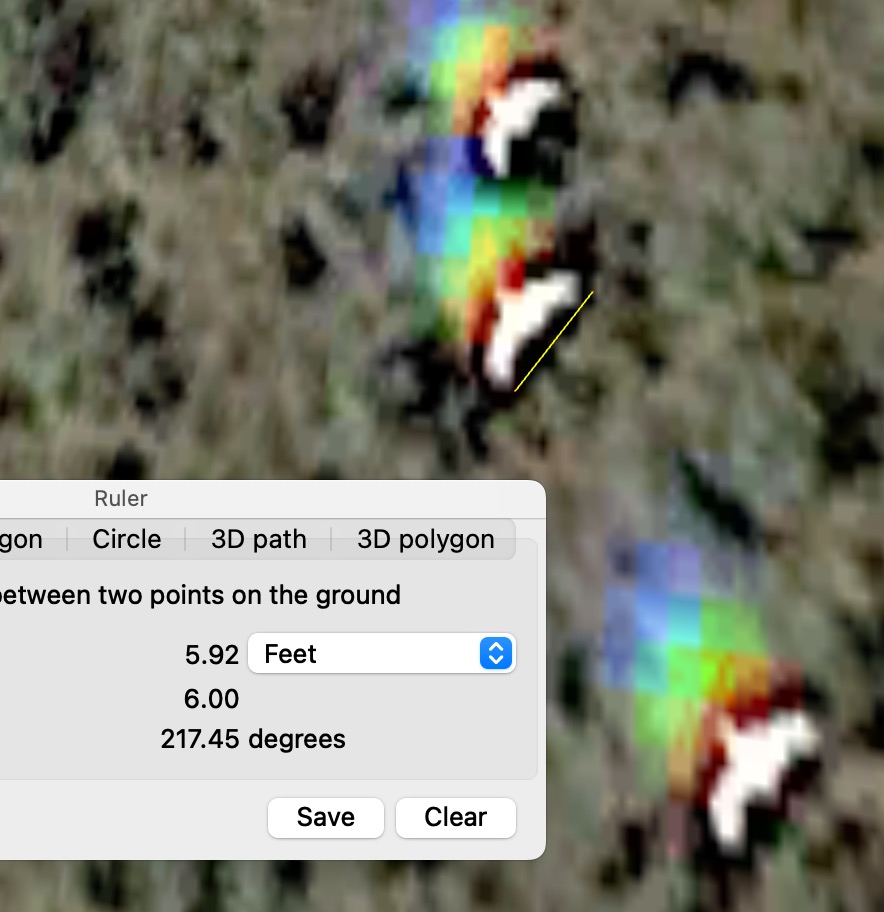 
Colors in aerial imagery arises from there being three images, red green, and blue. These are taken a fraction of a second apart, so anything moving will show up as ghost images in those three colors. You used to see this a lot with cars, until Google removed them. Also planes 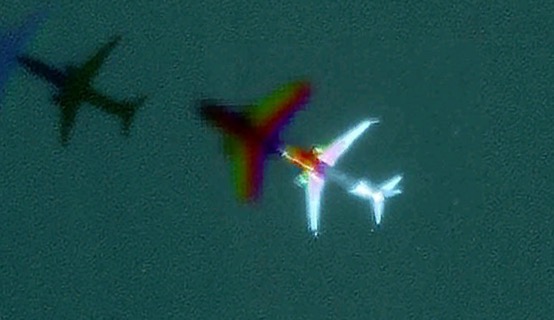