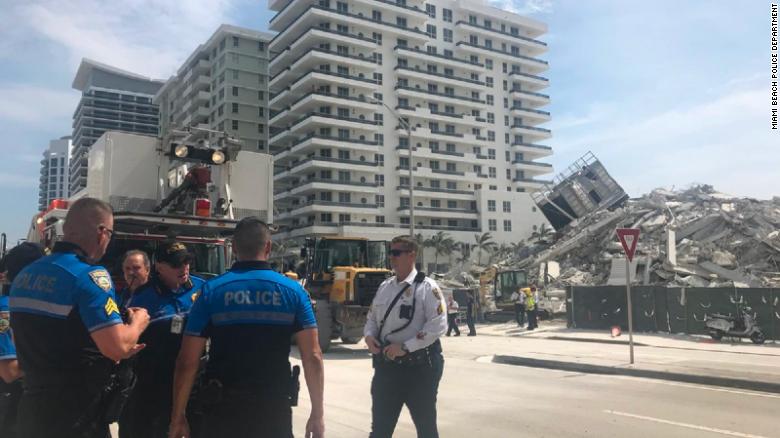 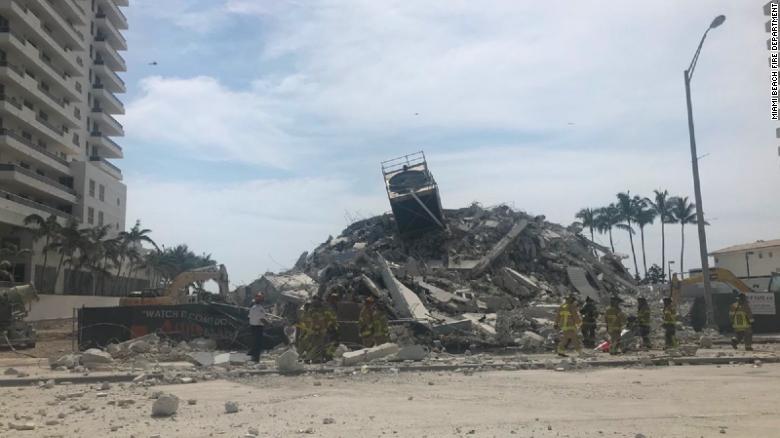 The building that collapsed at 5775 Collins Ave. was the 12-story Marlborough House, which was scheduled to be demolished to make way for a new condo building

Any tall building collapse is interesting in the context of 9/11 Controlled Demolition conspiracy theories. In this case the building was being prepped for controlled demolition, which probably means that some columns and shear walls would have been cut or removed to aid the collapse. Since there was no reports of explosions it seems like some engineers badly miscalculated and this weakening of the structure caused the collapse.

Of note is a large expanding cloud of dust.
Source: https://www.instagram.com/p/Blk_BKGnkGO/?utm_source=ig_embed

Staff member
So no explosives were used. The building was in the process of being demolished "by conventional methods" - presumably meaning things like cutting and jack-hammering. 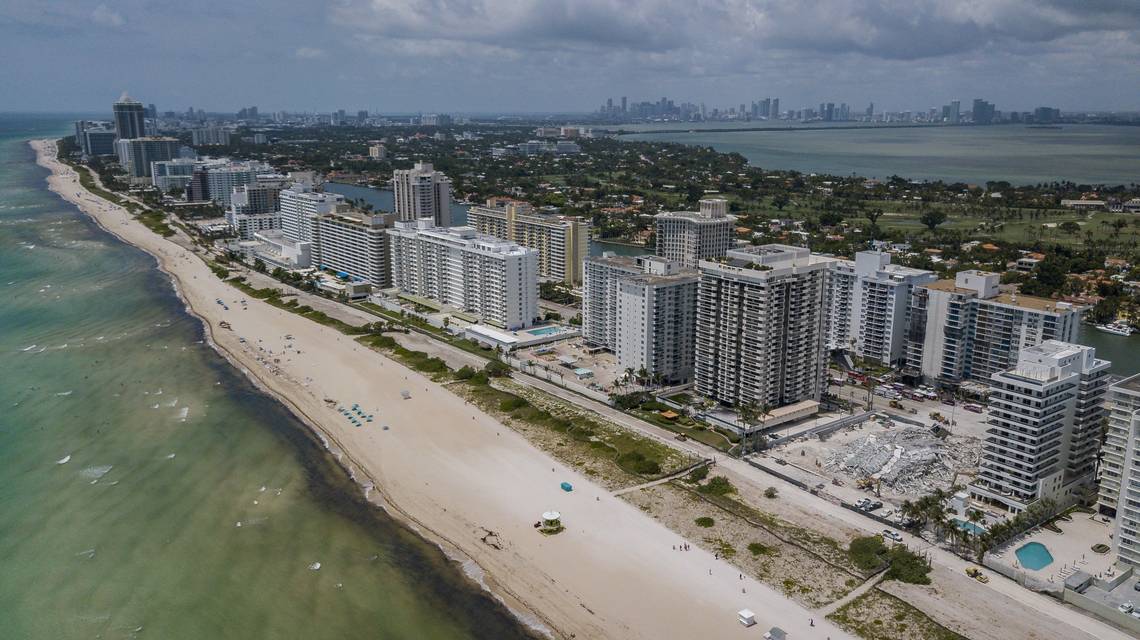 Once a demolition permit is granted, construction crews can demolish the building whenever they’re prepared to do so without notifying the building department, Salgueiro said. In a letter sent to residents in a nearby building on July 20, the owner of the site said that demolition of “certain interior components” of the Marlborough House building had already been completed and that demolition of the main structure and remaining components could begin as soon as 8 a.m. on Monday, July 23.

“Demolition will continue to occur through conventional methods pursuant to the demolition permit issued by the City of Miami Beach,” Derrick Chin, the manager for property owner Miami Beach Associates LLC, said in the letter. “The work may take a couple of weeks to complete, and a portion of the building many remain until the work is completed.”

you can see they have removed a lot of the floors and cut some columns, and then initiate a collapse by pulling one key column. This seems like a rather unsafe technique. Presumably in the current collapse they were very near this stage, but something happened to trigger the collapse too early. 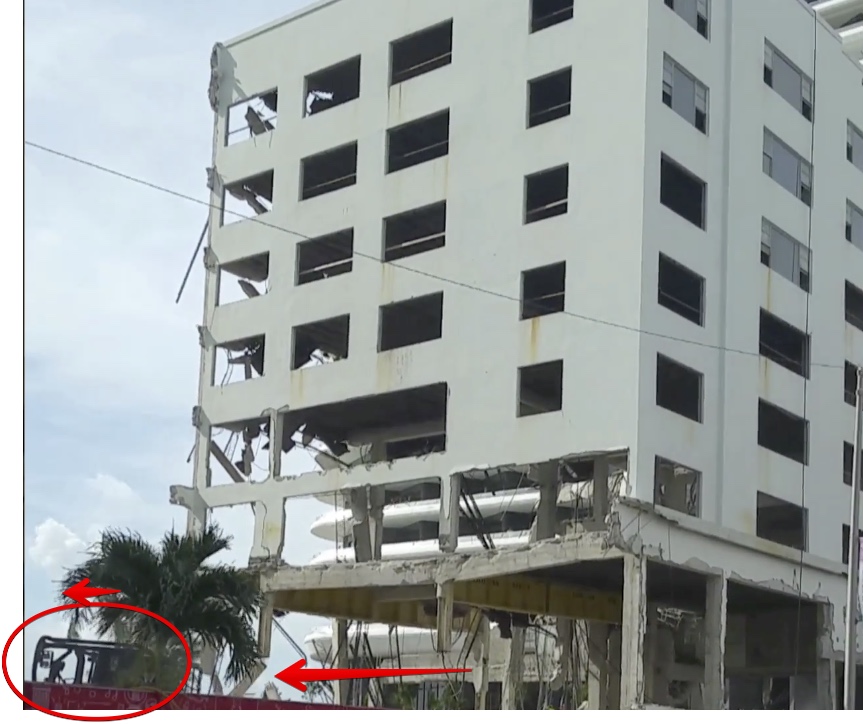