CNN Greenscreened a guy on a ship? [No]

This one seems pretty callous, but if this is true, I can't find anyone else calling out CNN on something this awful, other than the #fakenews idiocy going on ("All news is fake!"). Can anyone nail this as "this was not how CNN broadcasted this..." ? 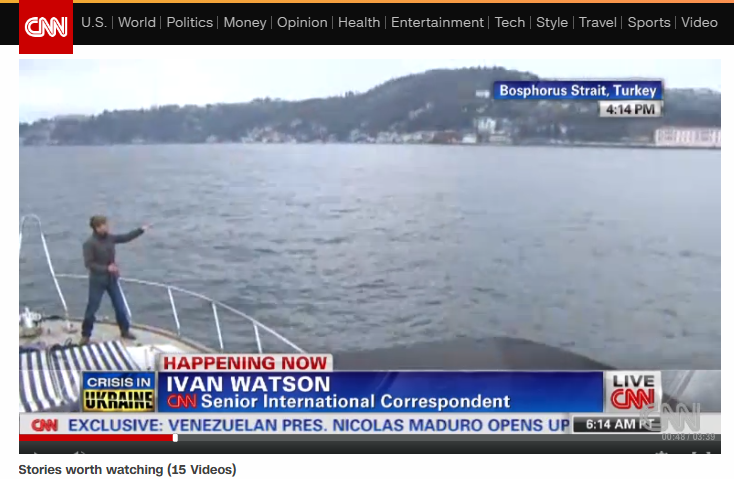 Wow, that's... awful. They really did that, and never retracted, commented on, or said "yeah, we faked this video?"

Staff member
It's not fake. Why exactly do you think it's fake? Did you watch the full CNN video? 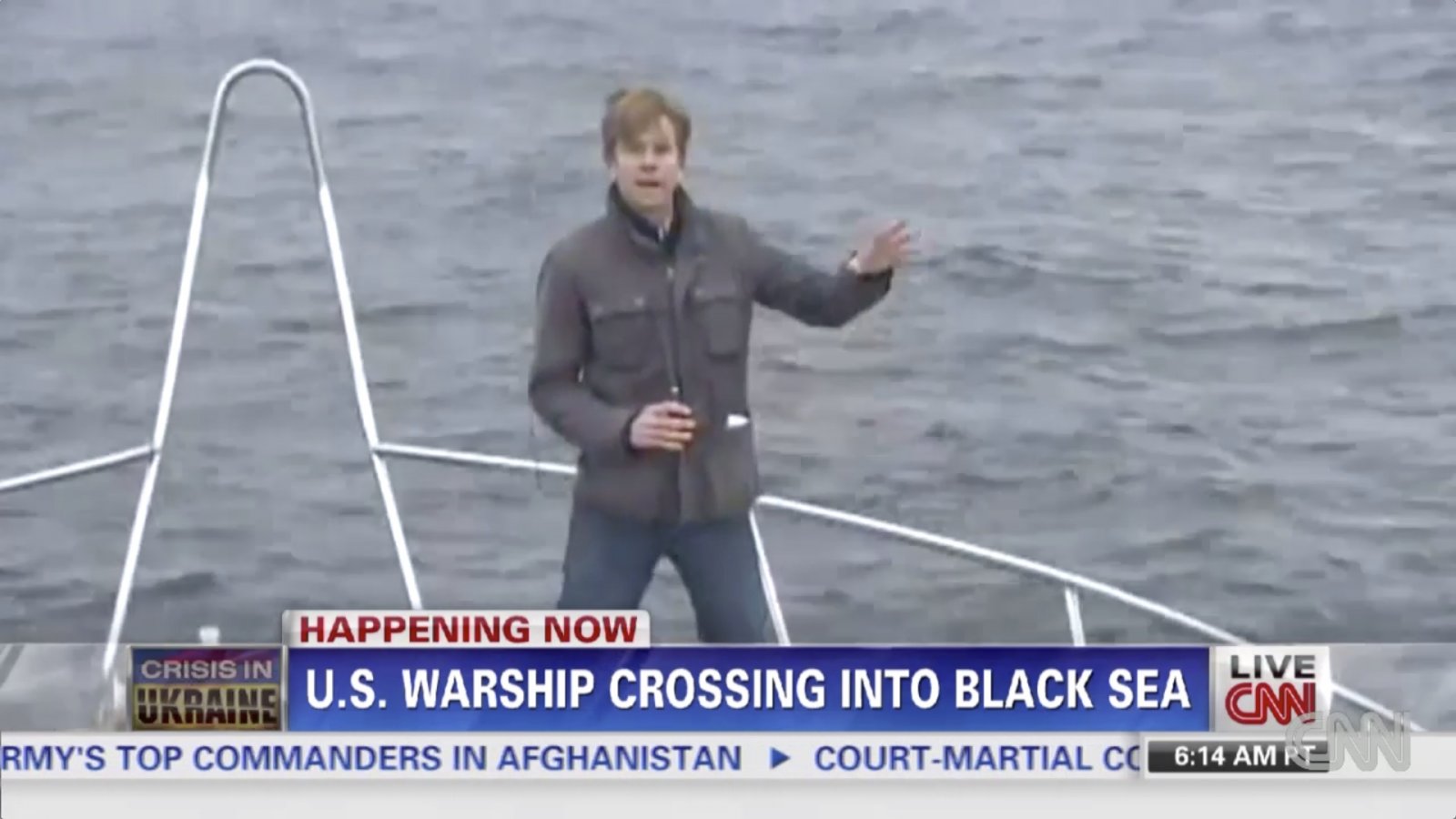 I watched the full CNN video. There's a lot of issues with it. (Info - I'm an experienced sailor and boat operator)

The man doing the talking is perfectly tracking the motion of the boat he's standing on. Even as the boat tracks over the wake of the destroyer. In the latter third of the video, when the boat he's on rolls over a wake, it makes a strong rolling left and right motion. It's virtually impossible to stand still when that is happening, and this guy does not move AT ALL. Watch his left hip in relation to the railing. He never reaches out for the railing, he never missteps, he never moves. When a boat moves like that, you always change your stance and shift forward and back (a wide stance can prevent steps, but you always step forward and back - your feet can't keep you perfectly upright). Around the 3 minute mark the boat is rolling 15 degrees to either side, and he never budges.

The artifacts around the man in relationship to the water are unusual. Even in the screencap above note the discoloration around him.

The entire piece looks like it was shot from a boat paralleling the destroyer, and the man was added in.

Other issues. They're moving at a good 12 knots at least. There's no wind noise, no sound of the engines from the other two boats (or the one he's standing on), no wake noise (On the bow of a boat that size, there's a helluva racket coming from the prow cutting the water). At 3:05 a large coast guard-ish chase boat passes, and there's not a hint of motor noise. At one point he turns into the wind, and there's noise on the mic - but even with that, the unnatural lack of movement by him when the boat is rolling triggers my "How the hell is he standing so perfectly still? This doesn't look or feel right..."

It's possible I'm being overly critical, and I can chalk this to "that's how it came out". I'm a cynic - I don't take anything at face value, and not even remotely a CT nut, and I don't take this as a conspiracy add in. I take it as "this would be more compelling if the guy were there." This would'nt be the first time a news organization has altered a video to make it more compelling, I had hopes CNN would be above this.

(BTW, source for this line of thought was here: http://www.cracked.com/article_24478_5-times-faking-news-was-apparently-totally-cool.html - where this video was referenced)

Staff member
He's on a big boat. It does not move much. He got a wide stance.

And no, I don't see any compositing artifact. It looks perfect. It might look odd videos on that guy's TV with the color set to "vivid", but the actual video looks fine. 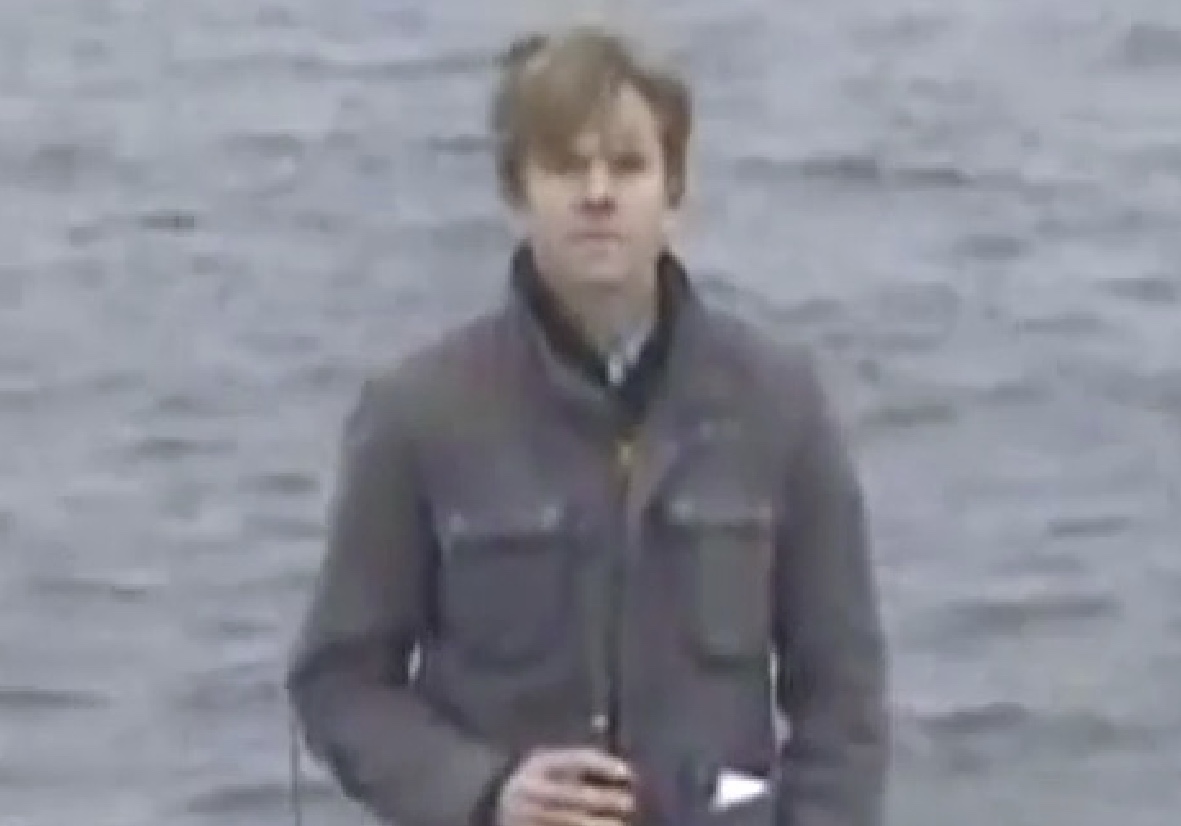 If they just superimposed him over a view of the boat, that should have been plainly obvious when the camera panned away; he would've stuck out visually like they'd pasted a paper doll over the video. Instead, he shifts in the same perspective as the environment around him. The only way around that is to assume that they had him in a GIANT green screen studio that also panned the camera away but managed to keep the video of him and the video of the boat perfectly synced at all times. The time and effort to fake that footage would probably be greater than it would be to actually go to the place.

You can also see his shoulder in a shot from a different angle.

And he does shift his feet once or twice.

Reporters go on-location so often it's basically routine at this point. 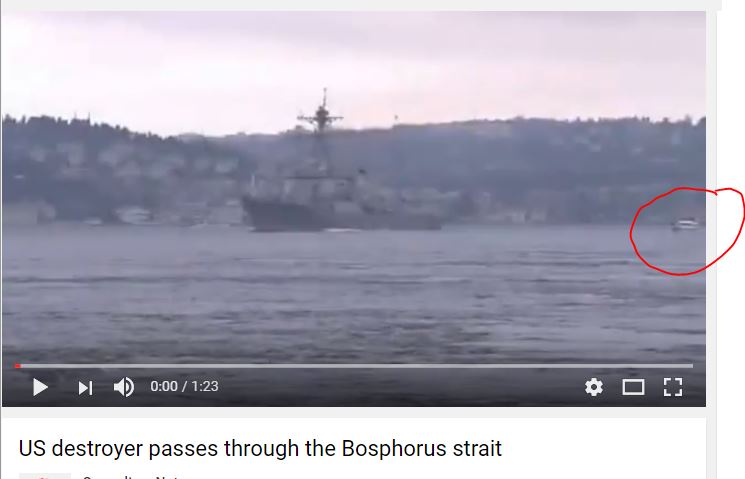 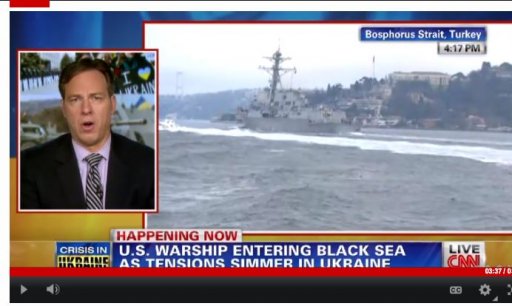 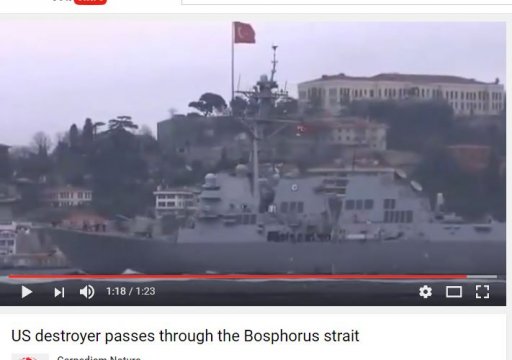 examples of 'similar' (maybe cnn boat i dont know) boats on the strait. 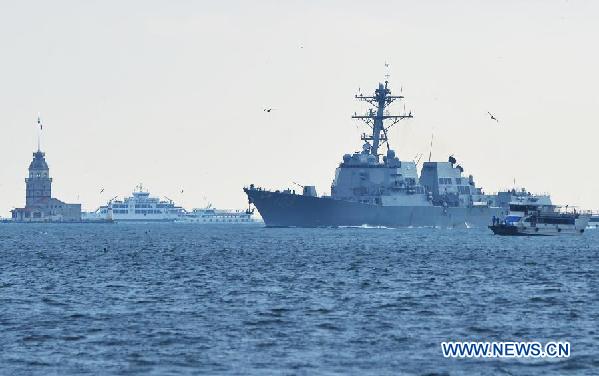 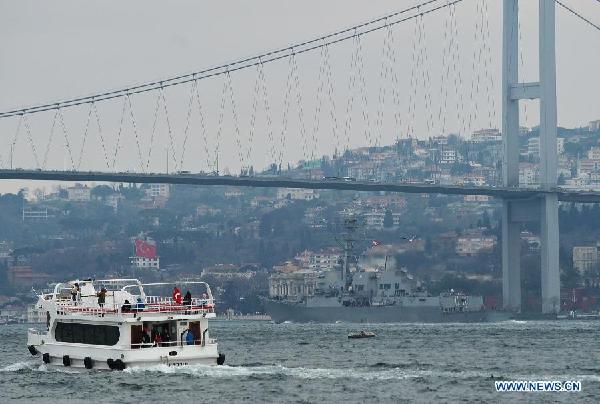 I'm conceding there was a boat there. I'm not conceding the guy was standing on it. But I can also see it's not a slam dunk that he was superimposed on it. (Mick, to your point, it's actually super-easy to anchor motion to a specific object / reference point in the frame. Aftereffects is very good at this).

I'm okay being uncertain about this - but i'm not convinced it wasn't altered. The guy's motion doesn't feel right... and again, i'm going from spending 50+ years on boats, large and small.

It's hard to see from the videos (especially the one shot off the TV) as there's camera movement. He's not moving much, sure, but there are really nor that many waves, and the camera makes the other boats look closer than they really are.

Here's a stabilized and de-zoomed portion of the video. He does move his hips, just not a lot.
Source: https://www.youtube.com/watch?v=cRyWpti5UDk

and he seems like the type of guy who would actually be on the boat. (and at the time of this footage he had lived in Istanbul 12 years). The warship arrival seemed like big news, even china (cn) covered it. Really no reason at all he wouldnt be on the boat.

deirdre said:
and he seems like the type of guy who would actually be on the boat. (and at the time of this footage he had lived in Istanbul 12 years). The warship arrival seemed like big news, even china (cn) covered it. Really no reason at all he wouldnt be on the boat.

Yes, if you look at his Twitter account @IvanCNN you will see that he was in Istanbul throughout that period. So what are people suggesting? That CNN flew him back to their studios and green-screened him into footage that was shot in Turkey where he was anyway? It makes no sense.

The boat really wasn't moving much. I've sailed a lot and I know you can easily keep your balance with a wide stance like that. Boats move side to side but they don't pitch fore and aft very much in sheltered waters like that. His stance braced him against side to side motion just as you would expect. And his hair is blowing in the wind.

Okay guys, you've convinced me. Thanks very much
You must log in or register to reply here.