This John Bohannon journalist guy created a hoax - chocolate actually makes you loose weight - published it to "scientific journals", and they accepted that with no peer-review.


The call wasn’t a complete surprise. The year before, I had run a sting operation forScience on fee-charging open access journals, a fast-growing and lucrative new sector of the academic publishing business. To find out how many of those publishers are keeping their promise of doing rigorous peer review, I submitted ridiculously flawed papers and counted how many rejected them. (Answer: fewer than half.)

John's actual goal was to criticize how the diet industry works and how the Media loves magic studies about diet miracles.

But for me the most interesting part of the article is how he created bad science, published it and made his claim stronger. It's kind of terrifying what can be "proved".

yet sadly a quick google shows a good few news outlets reporting the story was a fake, yet a load like these...
http://www.idiet4u.com/chocolateweightlossdiet/
http://www.bodyandsoul.com.au/nutri...n+eating+chocolate+help+you+lose+weightr,1736
are still reporting it as gospel...

and yet more going a step beyond and adding chocolate to the 'superfood' group (then again what isn't a superfood these days)
http://www.superfoodsrx.com/healthyliving/what-makes-dark-chocolate-a-superfood-benefits/

This has been an issue with pay-to-play journals forever. Most journals, like Science (who was behind this guy's previous hoaxes, but looks like they weren't in on this one) make their money by charging subscription fees and don't accept money from contributors, ostensibly to make bribery impossible (and also to basically silence claims of scientists being shut out by Big _____ or some such out of the gate).

These others that charge contributors a fee to be printed and give the journal away for free, ostensibly the submission fees are to discourage junk submissions, but in practice, it makes it harder for them to refuse printing something, makes bribery a built in function*. They do have one upside, though: It's free to read. Newspapers don't pay for science journals, so it's either got to be free or some associate professor at the local community college has to be able to explain it or they just won't report.

*-one of them, I can't remember which anymore, is particularly bad on this. After they rejected a study on nicotine vaporizers for being junk science with no control, no sources, and no actual research, they allowed it to be printed, for a higher price, with a tiny disclaimer at the bottom stating it was an advertisement and not an actual study.

A good PRI radio interview about this very subject....
http://www.kcrw.com/news-culture/shows/to-the-point/the-bitter-truth-on-junk-science/# 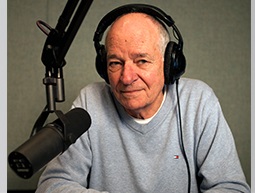 
"Why You Must Eat Chocolate Daily." The story behind the hype was based on science.
In fact, it was a ruse — designed to demonstrate how easy it is to circulate conclusions drawn from poorly designed studies that don't really prove what they claim to – and the bad science was passed along by reporters and editors who failed to check out the facts. How does the public know what to believe?
It's a question as old as journalism, but harder than ever to answer in the age of the Internet.
We hear how junk science finds its way into what look like reliable places that aren't what they seem.