What's going on in the Gobi Desert?

Conspiracy theorists are having a field day with the latest set of images to be ripped from Google Maps. This time around, they show a series of giant structures in the Gobi Desert, on the Chinese side of the border with Mongolia.

Two different sets appear to show giant grid patterns, one of which theorists claim is a replica of the Washington, D.C., street layout.One shows a spiral pattern (image below). Zoom in on it and you'll see some planes scattered around, inside rings of what look to be military trucks.
Click to expand...

Staff member
They are just bombing/missile test targets. If you zoom in, you can see the craters in some areas.

The grid patterns are not structures, they are just painted on.

Here's the general area. ( 40.444857,93.582916 for Google Earth) You can see the grid targets as approximately on-mile rectangles on the left and right. In the middle are some fake runways.


If you zoom in on the runway, you can see bomb craters 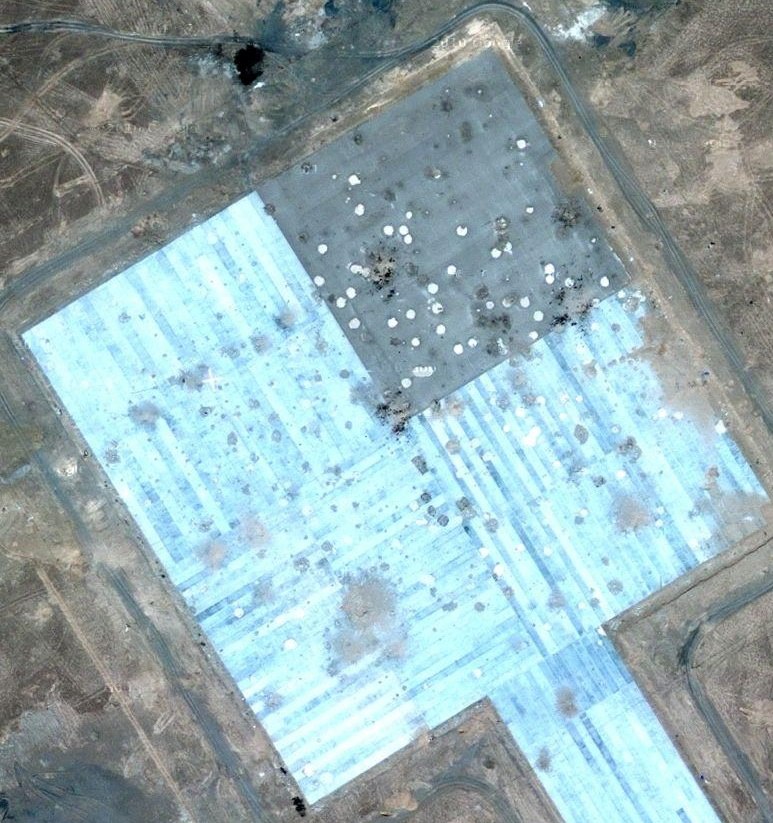 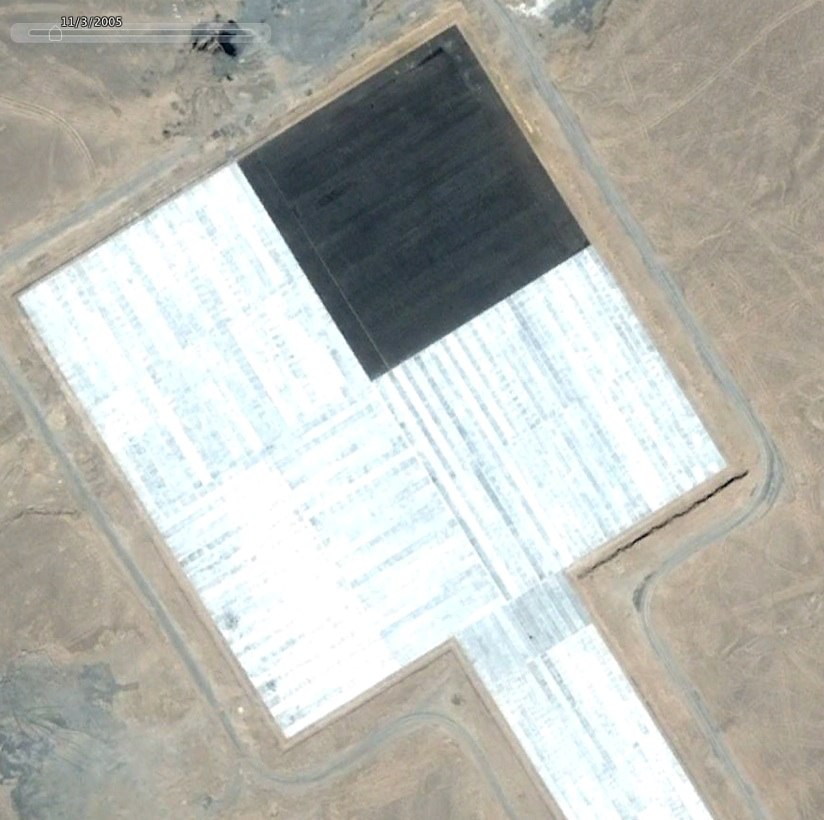 I would suspect that the grid pattern MIGHT be to test some kind of AI visually guided missile. You can tell it was painted around 2005, as there's an image of it half complete from 4/14/2005: 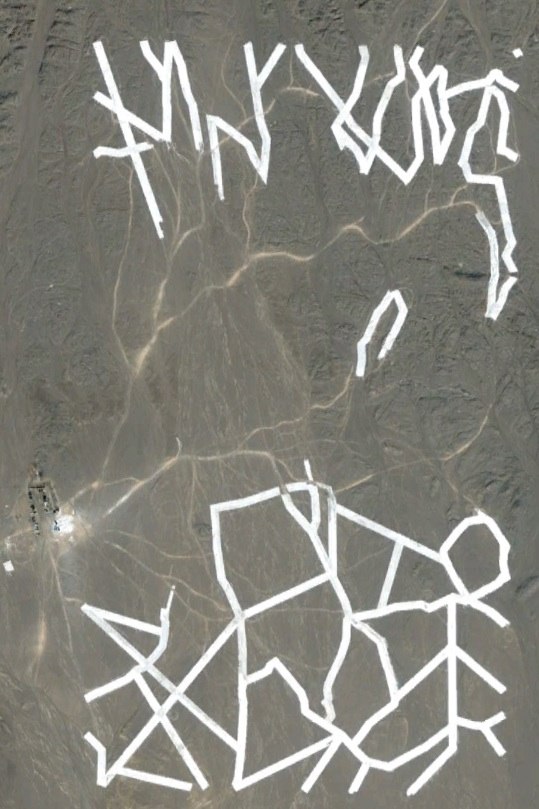 If you zoom way in, you can see the paint has run in places: 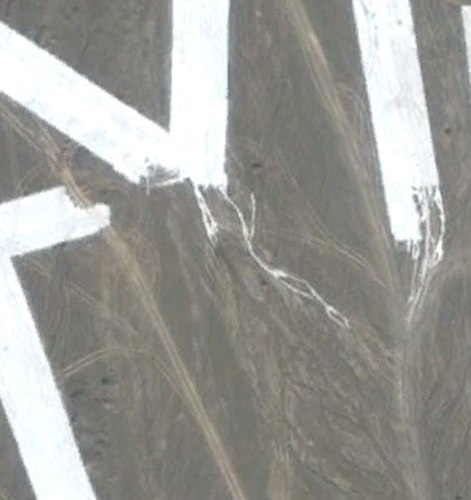 Staff member
It's not even a new thing. The Conspiracy Theorists had it years ago: 1:30 in this 2007 video.

Staff member
This is a bit odd though: A circular construction of rectangular objects on 3/7/2007 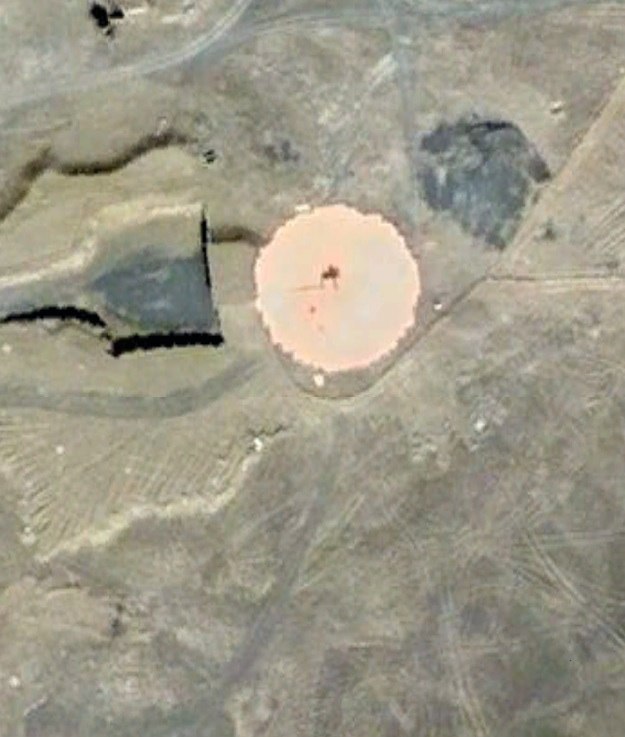 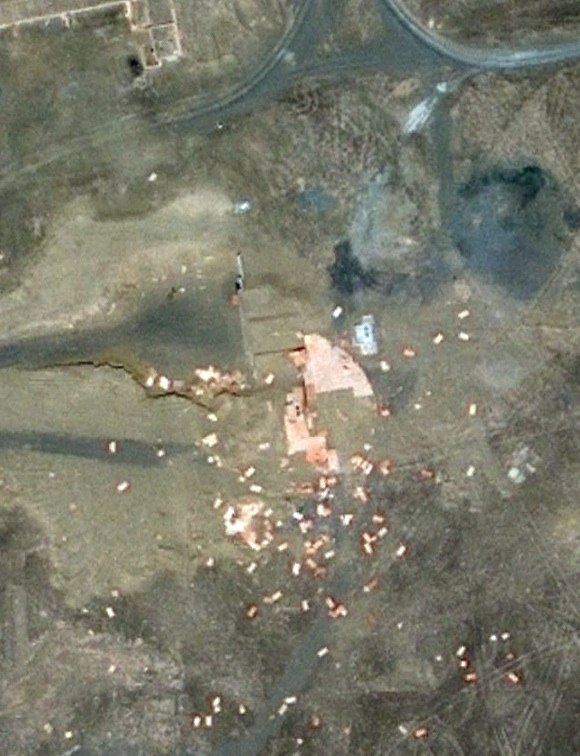 Some of the orange things seem to have been blown half a mile from the center.

The obvious conspiracy theory there would be testing the dispersal effects of a dirty bomb hidden in a shipping container.

A rather more mundan explanation might be that it was simply temporary cover, which has fallen into disuse, and has been blown apart by the wind.

It does not really look like a blast pattern, as several of them are still there.
Last edited: Nov 20, 2013

here is my analysis. Thank you Mick (as always) for your ideas.

hehe,
yes. Automatic translations still need to be improved considerably.
You must log in or register to reply here.