Staff member
A series of images from Google Maps has been claimed to show an aircraft leaving chemtrails; e.g. see http://www.look-up.org.uk/chemtrail-plane-google-maps/ 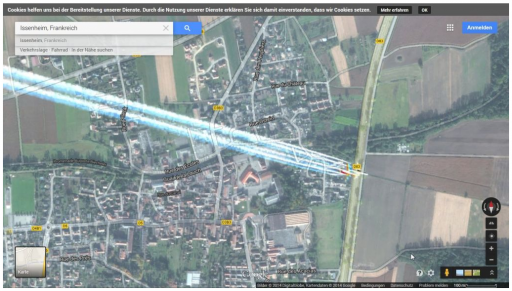 From the labels on the images it is easy to find the location. The plane is flying slightly south of east above Issenheim in eastern France (not Germany, as claimed on the link above). Link to location on Google Maps.

The length of trail visible is about 19km, or just under 12 miles, before it is cut off by the stitched mosaic of imagery.

About 5km north of this trail, an older contrail is visible on a parallel track. It is likely that the plane responsible was flying a similar route, and the trail has drifted northwards with the wind. (Note the shape of the trail as it spreads out, indicating a crosswind.) 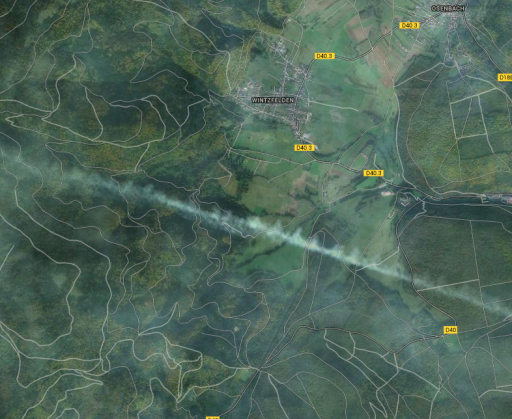 The main contrail shows a clear tubular structure, indicating vortices persisting in the wake, and signs of Crow instability, in which the vortices from the wingtips interact to distort the trail (see Wikipedia.) 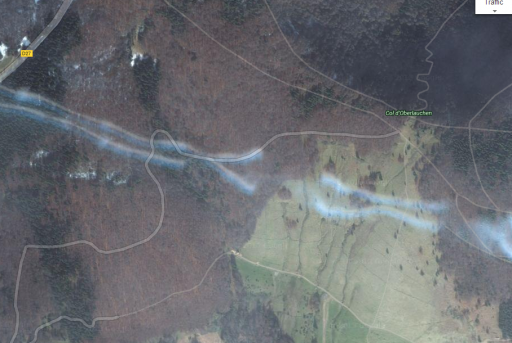 The image of the aircraft itself (which appears to be an Airbus A340) is interesting: there is a sharply detailed monochrome image, followed by separate, less detailed blue green and red images. (Note also how the trails line up perfectly with the four engines, with a gap between the engine and the start of the trail. Clearly this is a normal contrail and not the result of spraying from "nozzles" on the wing!) 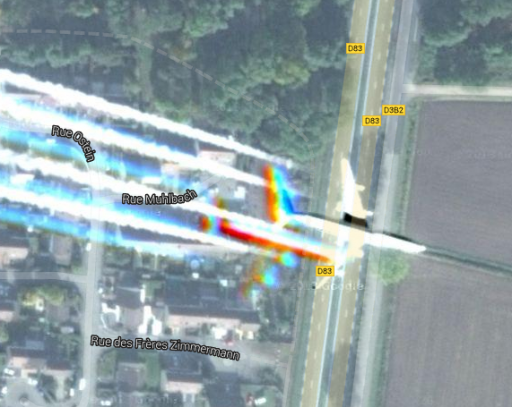 This rainbow effect is caused by the way the satellite captures images. First, three low resolution colour images are taken: red, then green, then blue. Finally, a more detailed greyscale (monochrome) image is captured. These are then combined using a technique called pan-sharpening, in which the low-resolution colour data is added to the high-resolution greyscale data to produce a coloured high-resolution image. 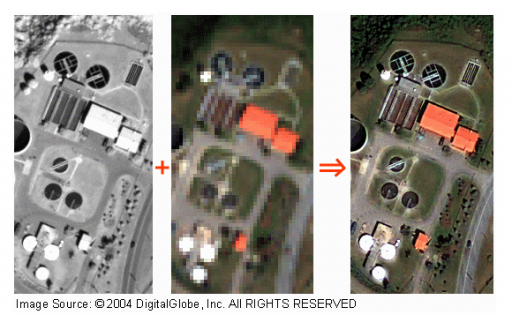 If the target image is stationary, this works well, but if there is a moving object, such as a plane, the images don't align and colour fringing results.


There are plenty of other contrails visible on Google Maps. Here is a plane in flight over New Brunswick, Canada. The shadow of the trail is visible to the northwest, and at least EIGHT parallel trails of various ages and degrees of dispersion (including another new one with the plane visible) can be seen if you scroll to the southeast!
Last edited: Aug 18, 2014

Staff member
That's an excellent look at a contrail from a rare perspective. You can see the distances at which certain things happen. Of course the actual distances will vary with atmospheric conditions. But it's a good sense of scale.

Interestingly, because it's all one image, this particular contrail can look a big squiggly in Google Earth, when it's actually almost perfectly straight. 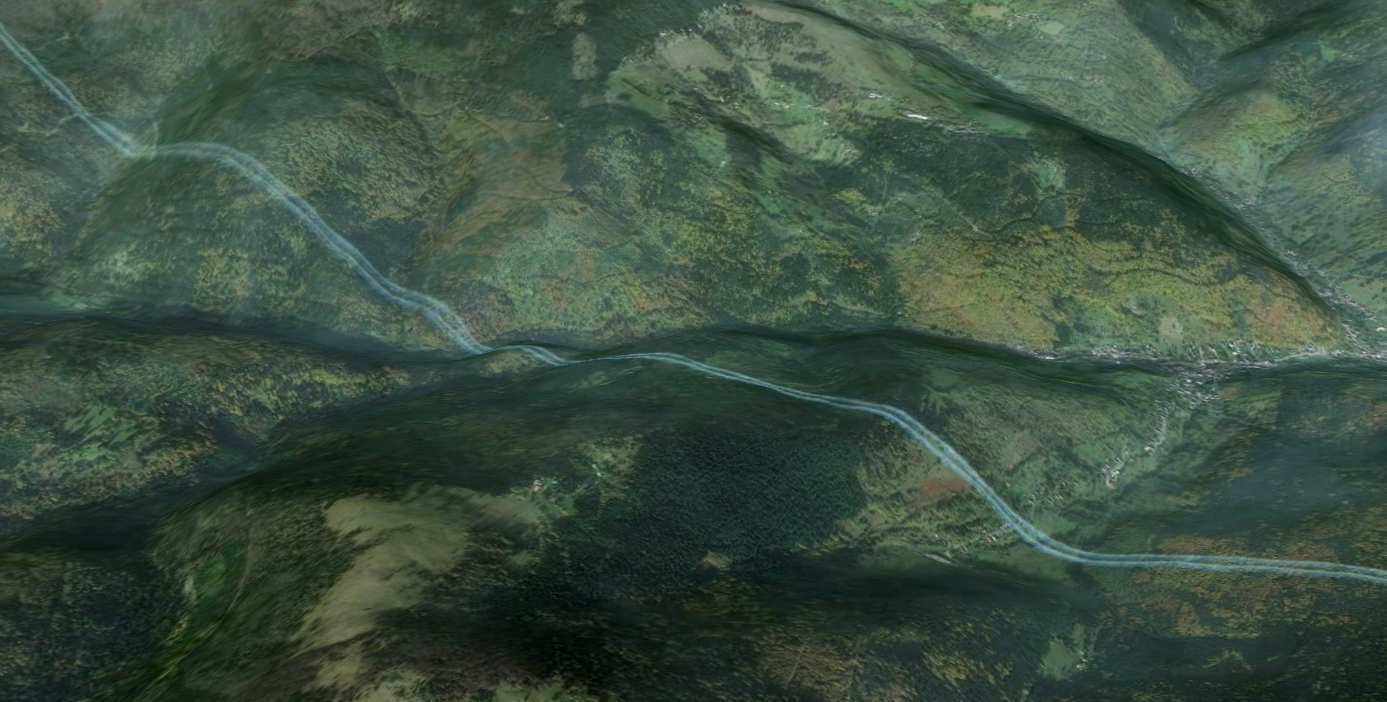 Trailblazer said:
The main contrail shows a clear tubular structure, indicating vortices persisting in the wake, and signs of Crow instability, in which the vortices from the wingtips interact to distort the trail (see Wikipedia.)

See also:
http://contrailscience.com/hybrid-contrails-a-new-classification/
You must log in or register to reply here.