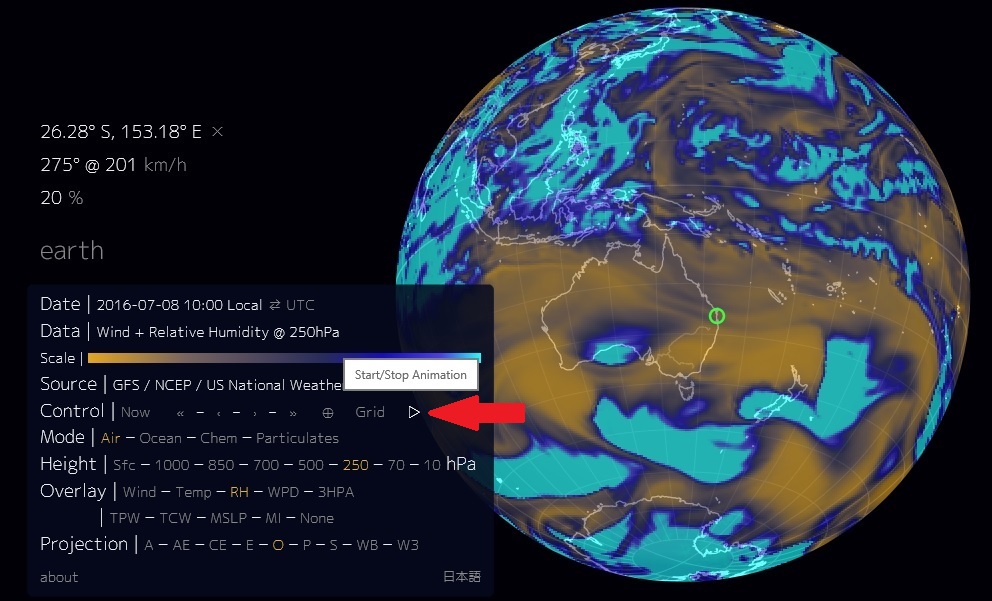 Trailspotter said:
Try earth.nullschool.net server to see the predicted RH values at the altitude of 250hPa in your area at the time. They correlate well with the occurrences of persistent contrails at least in Europe and North America. Here, for example, the "prediction" for California on April 20, 2016 at 21:00 UTC, which was a good day for contrails: 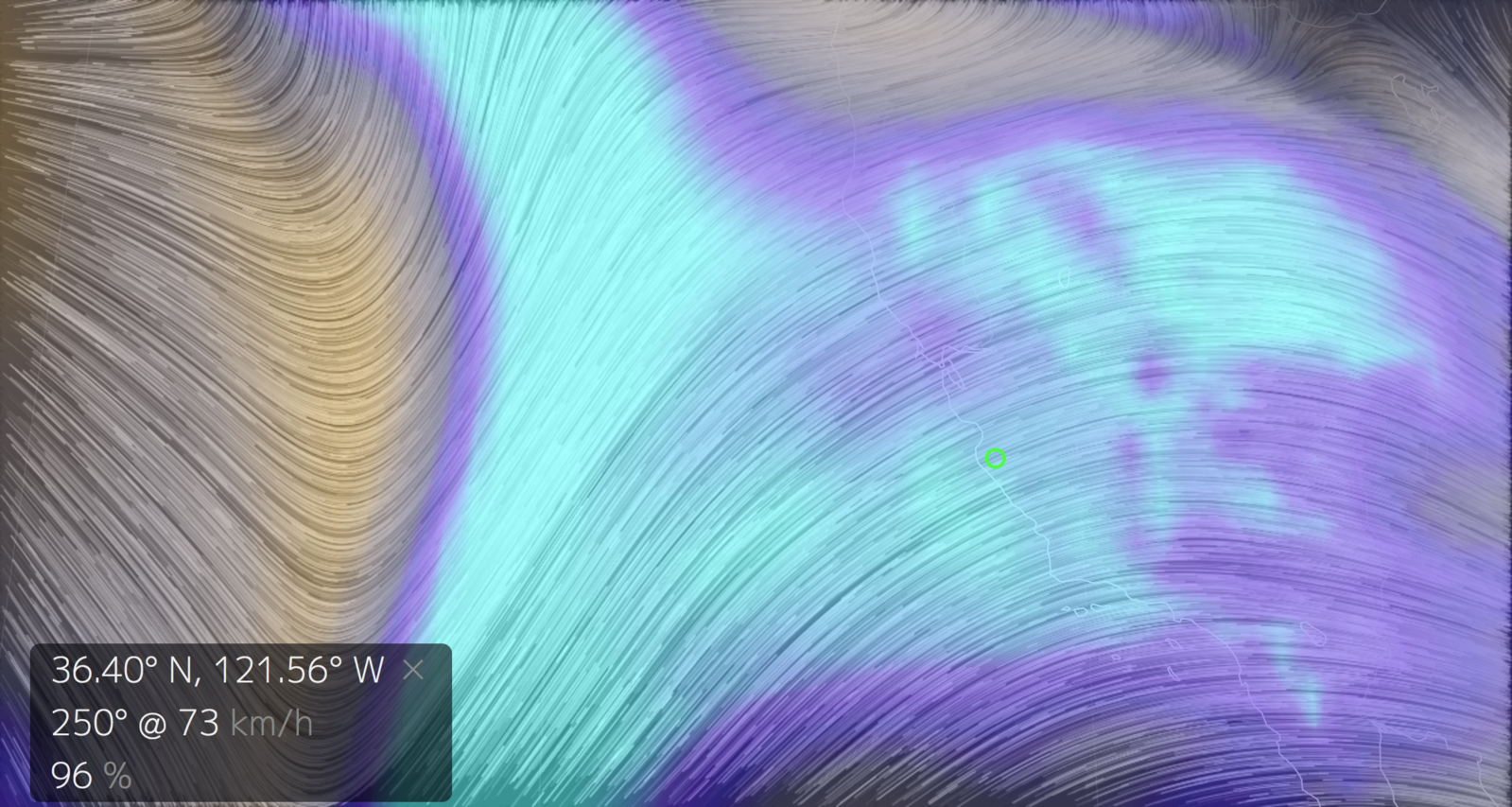 It correlates well with the satellite images of the day: 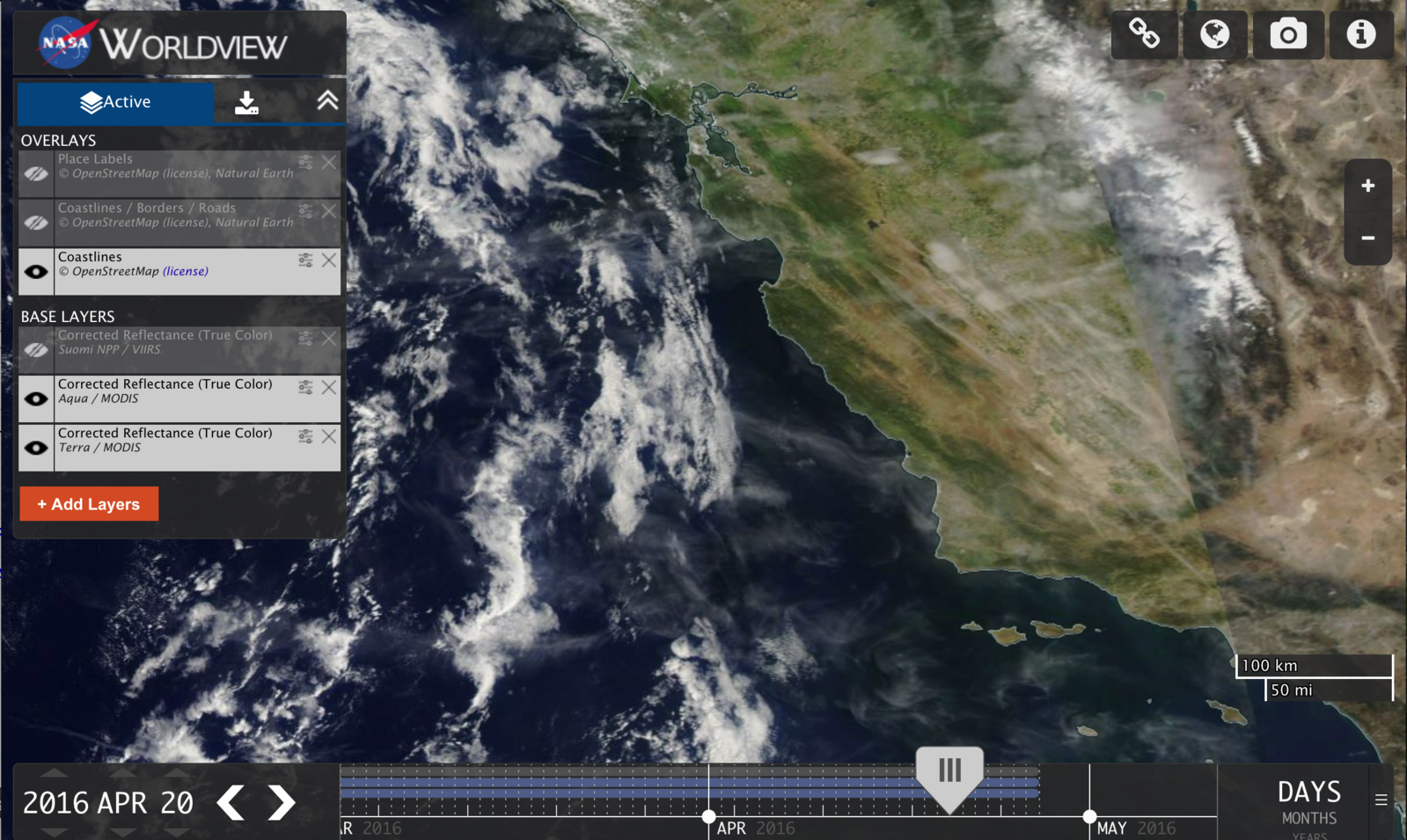 You can use earth.nullschool.net for real predictions, checking the predicted RH values for the next day or two, it generally works. I did it here a few times, the predicted values tend to change upon recalculation with the most recent data, but these changes are small. As in the weather forecast, the predicted persistent contrails may appear a bit earlier, or a bit later than the initial prediction.
Click to expand...

I just found that you can stop the animation on the earthnullschool maps which makes for a less cluttered map. Click on the triangle next to Grid.

Incredibly beautiful clear skies today in N.E Australia not a contrail to be seen.

You need to do a conversion for your local time. z is Zulu time which is the same as GMT (Greenwich Mean Time) so the latest on there at the moment is midnight GMT last night (2016-07-08 00Z). To look at the RH for this morning in the UK I would select 9h to give me 09:00 GMT (midnight plus nine hours).

so for midnight uk u pick 00z and 9h? i assume you change the h to find future forecast maps?

funghi2 said:
so for midnight uk u pick 00z and 9h? i assume you change the h to find future forecast maps?
Click to expand...

No for midnight UK pick 00z and 0h (midnight plus 0 hours). Selecting 9h would give you 9am the next day

Choose the most recent run. The weather model runs four times a day, at 00Z, 06Z, 12Z and 18Z: that's midnight, 6am, noon and 6pm Greenwich Mean Time. They take a few hours to appear on the site after the quoted run time though.

The model runs in 3 hourly steps. Right now it is just after 5pm GMT (17Z). The most recent run available is the 12Z, which is 5 hours ago, so I would choose that and then look at the 6h chart (six hours after the model run). The time on that chart is 18Z today, which is in just less than an hour's time.

Alternatively if you wanted to see a chart for, say, 6pm yesterday you could choose the July 7 18Z model run and select the 0h chart.
You must log in or register to reply here.