This post may be unpopular, but I think it falls within the stated goal of Metabunk 'to find and expose bunk.'

The BBC TV series The Planets, presented by Professor Brian Cox, was recently shown in the UK, and will presumably be shown world-wide in due course. The series gives an overview of current scientific knowledge about the planets of the Solar System. It has been well-received, with praise for its breathtaking visuals and CGI. It is co-produced by the Open University, and might reasonably be relied on for factual and scientific accuracy. It therefore gives me no pleasure to draw attention to an apparent blunder. Still, someone has to do it!

In the last episode, Cox makes a general comment about the motion of moons and other objects in orbit around a planet. On checking the recording on the BBC iPlayer I transcribed his comment as follows:

The passage is about 11 minutes into the final episode. If anyone thinks I have misheard or misunderstood it, please say.

The only natural meaning of the comment, as far as I can see, is that the orbital velocity of a moon, etc, is negatively related to its distance from the planet: the nearer, the slower, and the further, the faster. This is surely wrong. For example, if we take the major moons of Jupiter, the distances and orbital velocities are approximately as follows:

Evidently, the greater the distance, the slower the orbital movement. The orbits of planets around the sun follow the same inverse relationship; for example the orbital velocity of Mars is lower than that of Earth.

Then there is Kepler. According to Kepler's 3rd law of planetary motion, the square of the period of an orbit is directly proportional to the cube of the semi-major axis of the orbit. (That is, half the longest diameter of an elliptical orbit. In the special case of a circular orbit, this reduces to the radius of the circle.) [Added: Here is a link to a Wikipedia article on Kepler's Laws, as requested by a moderator.
https://en.wikipedia.org/wiki/Kepler's_laws_of_planetary_motion ]


Sticking to the simple case of a circular orbit, if we put P for the orbital period, r for the radius, and ¬ for 'is proportional to', this can be expressed as P² ¬ r³, or P ¬ r^3/2. This does not directly give us the orbital velocity, but in a circular orbit the average velocity, V, is given by the circumference of the circle divided by the period. Since the circumference is proportional to r, we have V ¬ r/P ¬ r/[r^3/2] = r^-1/2, or 1 over the square root of r. This gets smaller with increasing r, confirming that the orbital velocity of planets should be lower the further they are from the sun.

Newton showed that under an inverse square law of gravity, Kepler's laws for the planets apply to orbital motions generally, whether circular or elliptical. If instead orbital motion followed 'Cox's Law', with velocity increasing with distance from the centre, orbits would not be stable. Any slight increase or decrease in velocity, from an initial position of equilibrium, would send the body spiralling outward or inward indefinitely.

Cox's remark would be true of a solid ring rotating around a planet, as the outer parts of the ring would be moving faster than the inner parts. But the rings of the Sun's outer planets (Jupiter, Saturn, Uranus and Neptune all have rings) are not solid. If they were, they would quickly be torn apart.

If I've got any of this wrong, please correct me. Incidentally, when I first noticed the point I did send a message to Brian Cox on Twitter, but got no reply.

Assuming I am right, does it matter? In the specific context of the episode, perhaps not. In his discussion of the stability of the rings of Uranus, Cox seems to assume (correctly) that a 'shepherd moon' on the inside of a ring is moving faster than one on the outside. It would be charitable to suppose that his general remark was just a casual slip of the tongue, or a 'brain fart', as he excused a previous goof about the phases of the moon. But that was an unprepared response to a question in a live radio broadcast. The Planets, by contrast, is a lavishly produced, scripted, and carefully edited major TV production. Dozens of people must have seen the passage in question before the broadcast. I am not sure which would be more disturbing: that nobody noticed or queried the error, or that they did, but did not think it worth correcting. It would be nice to think that if it is pointed out now, some correction or footnote might still be inserted.
Last edited: Jul 17, 2019

Staff member
Transcript of the relevant section, taken from the BBC iPlayer subtitles:

So, something must be holding those rings in place, and the answer can be seen in this photograph taken by Voyager 2: 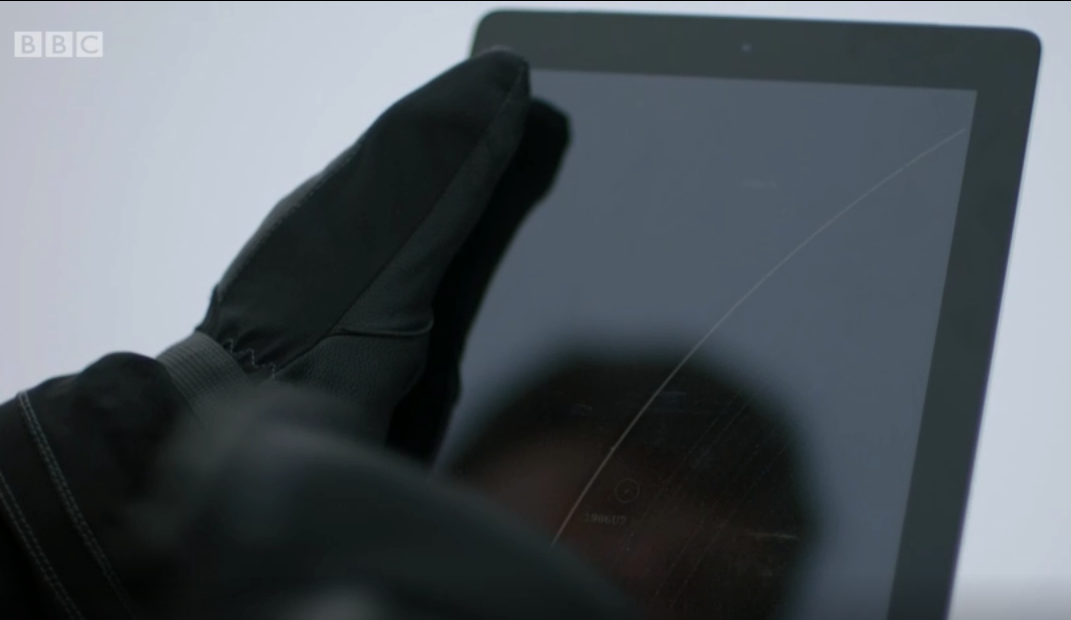 Now, the thing you need to know about orbits, a moon or a ring particle that's orbiting closer to a planet is moving more slowly than a moon or ring particle that's orbiting further away. And so, if there's a particle in the epsilon ring that maybe has a collision, loses energy and starts to drop down, then Cordelia tends to accelerate that particle back up into the ring again to speed it up by its gravitational influence. Whereas, if it's a particle on the outer edge of the epsilon ring, it gets a bit more energy and raises up in altitude, then Ophelia tends to slow it down, and, so, it falls back into the ring again. And by that mechanism, these moons keep the ring nice and neat around Uranus, and, for that reason, these moons have become known as shepherd moons.

Content from external source
What I think he is doing is trying to oversimplify the rather counterintuitive nature of orbital mechanics, whereby if you want to go to a higher orbit, you have to accelerate, but you end up travelling more slowly than when you were in the lower orbit. So the moons can either accelerate a particle, which pushes it into a higher orbit, or decelerate a particle, which will push it into a lower orbit. However, as you point out, the resulting change in orbital velocity is the opposite, because you also have to take into account the change in potential energy as well!

So what he should have said is that an object in a lower orbit has less energy than an object in a higher orbit. Then he could have continued the explanation of the moons pulling, and either adding or subtracting energy from the particles. What he says here certainly seems wrong to me. But then he appears to be in an expensive far-flung snowy location so I guess they couldn't reshoot!

(Disclaimer: this is very much not my field of expertise!)

DavidB66 said:
The only natural meaning of the comment, as far as I can see, is that the orbital velocity of a moon, etc, is negatively related to its distance from the planet: the nearer, the slower, and the further, the faster. This is surely wrong. For example, if we take the major moons of Jupiter, the distances and orbital velocities are approximately as follows:

Trailblazer: Thanks. I was afraid I had overlooked some glaringly obvious explanation. I had a similar moment a few months ago watching a programme where the presenter (Hannah Fry, I think) said that the gravity on the surface of a planet is proportional to its radius. I thought 'hang on, doesn't she mean the cube of the radius?' Then I realised that gravity on the surface depends on the distance from the centre as well as the mass of the planet, so it is proportional to the cube of the radius (since mass depends on volume, which is proportional to r-cubed), divided by the square of the radius (due to the inverse-square law of gravity). So what she said was correct, though I still think an explanation would have been desirable.

In Brian Cox's case, he may have meant what you suggest he intended, but he certainly didn't say it. I hope a generation of students doesn't fail their exams by applying Cox's Law instead of Kepler's!

Tweet him I'm sure he'd admit to the mistake and clarify.

As I mentioned in my post, I already tweeted him and got no reply. Maybe I should have tried again.

DavidB66 said:
As I mentioned in my post, I already tweeted him and got no reply. Maybe I should have tried again.
Click to expand...

Apologies I missed that part.

No problem. I see that someone else has independently noticed it and also tweeted to Brian Cox (and copied to Buzz Aldrin!) We'll see if Brian replies to that.