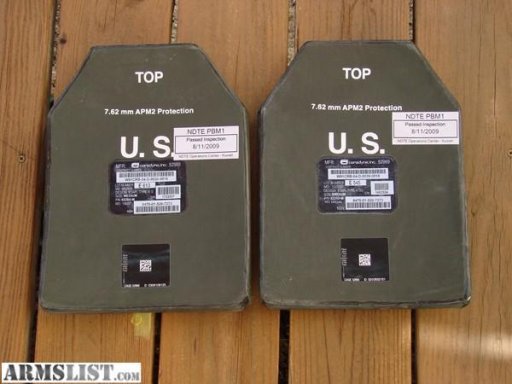 The Daily Sheeple published this story not too long ago:


IS THE ARMY PREPARING FOR A MAJOR DEPLOYMENT: ORDERS 177,000 BULLETPROOF ARMOR PLATES

Traditionally, the best way to keep track of future military deployments – absent unexpected events, of course – has been to follow key procurement contracts from the U.S. Department of Defense of mission critical offensive wartime equipment such as weapons and ammo, or, less followed, core defensive components such as kevlar, body armor and other forms of core personal protective gear. These usually take place shortly prior to major “events” involving US armed forces.

Which is why we were surprised to learn that earlier today, the US Department of Defense revealed it had placed a $93 million order for 177,000 ballistic body armor plates from the US military’s traditional supplier of protective equipment, Ceradyne which several years ago was purchased by 3M. Both production and delivery are expected to be concluded over the next several months.

The author is drawing a correlation between the purchase of this item and troop deployments overseas. He makes that clear later in the article:


The last time Ceradyne announced a major ballistic armor insert contract with the Pentagon, was last October when the DoD ordered some 28,000 armor inserts for a price of $34 million. This happened just as US troops were being covertly deployed in increasing numbers to Iraq and Syria.

With this latest, and largest to date, order of bulletproof armor inserts, is the US army preparing for another major offensive, and if so where?


First, these troop deployments were hardly covert. Recent Army and Marine deployments to Iraq were announced in advance.


Second, some of these body armor purchases may have gone to deploying units, however, a more likely explanation is that they are entering the inventory to upgrade and replace existing body armor.

The U.S. military has purchased significant quantities of body armor in the last 10-15 years. Here is a sample from the attached 2008 Defense Department report (page 6)


HOW OLD IS TOO OLD?

If the team were to take advantage of existing stocks of soft-armor inserts, it needed to determine if those already in inventory or in Soldiers' hands would be usable in new systems. That meant determining how long aramid-fiber, soft-armor ballistic packages really last. Industry provides a standard five-year warranty, but PdM SPE and DLA-TS had anecdotal evidence that soft-armor, ballistic packages had longer shelf lives.

Armed with a ballistic surveillance effort test plan, PdM SPE pulled IOTV samples from multiple central issue facilities, or CIFs, throughout the United States, representing the different climatic environments in which the IOTVs are stored.

The team subjected the samples - some dating back to 2007 - to the same rigorous ballistic and fragmentation standards as when the Army originally accepted them. Results from the first round of testing showed the soft-armor ballistic inserts performed to standard. With these results, the team raised the estimated shelf life from five to seven years.


There have been some concerns about quality control.


So, it looks like that for a variety of reasons, recent purchases of military body armor can be attributed to upgrades and replacing outdated or faulty components. They do not appear to be a tangible indicator of future military deployments.

Body Amour, like any safety equipment only has a certain service life before requiring replacement. The Osprey body armour used by British Forces went through a whole x-ray phase of the plates as defects were being reported. Additionally soldiers were using the same armour on multiple tours without inspection.

Now, all the plates are collected after a combat tour and then used for training, with new plates being issued on deployment. The plates themselves are recycled.

The British Army now has a whole new suite of combat body armour and helmets, which again have 'best before' dates on them.

Regarding the claim, Im not sure a large purchase of ballistic plates by itself denotes imminent doom. It is were NBC suits and respirators, that might make my eyebrowns twitch a bit...
You must log in or register to reply here.

May 14, 2021
Jayne Miller
J
U
The UAP Policy and Discursive Shift - Changing narratives on UAPs and its effect on policy.