Claim: A paranormal group says it captured an image of the legendary ghost of Eva Gray
http://www.necn.com/news/new-england/Ghost-Sighting-at-Maine-Theater-410670545.html 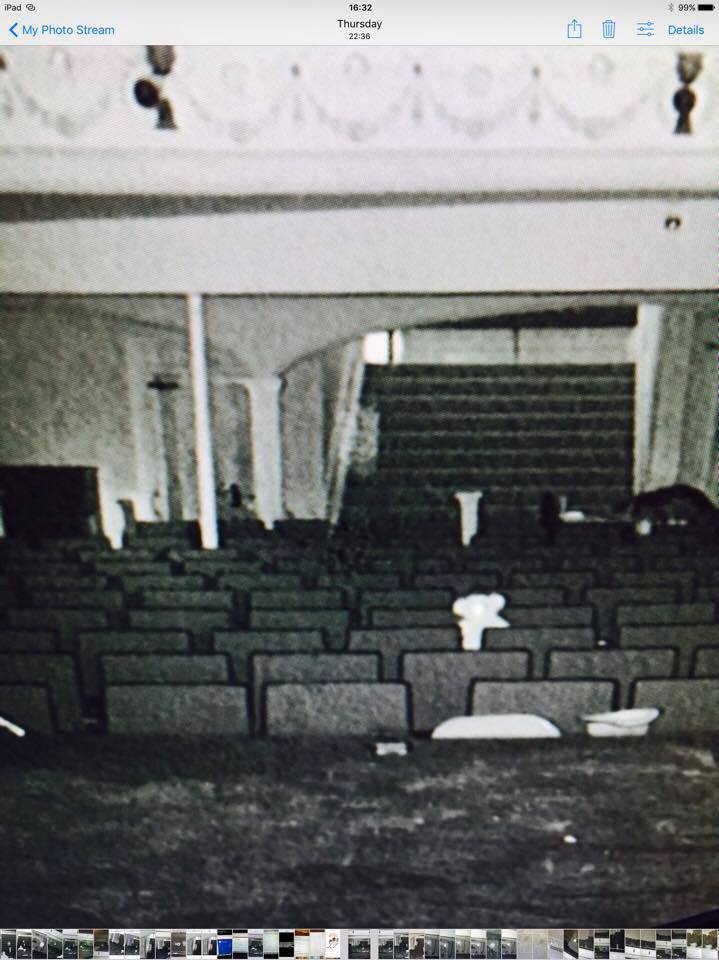 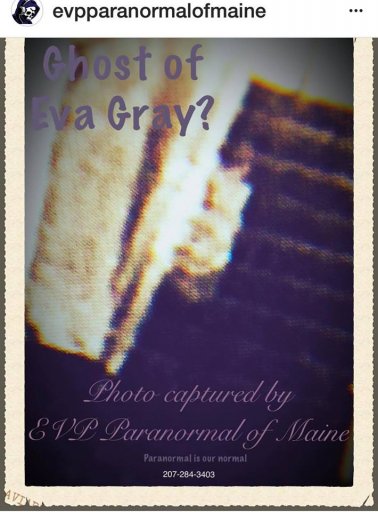 First off, if they did capture the ghost of Eva Gray she has shrunk to a mere 24" high or so, as her ghost only covers 4 stair risers. 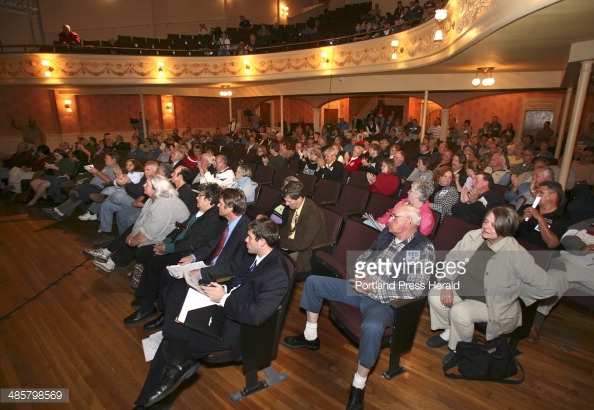 And she has no head. In the closeup, filtered shot they provide it is much easier to see that what looks like (paeidolia) hair is actually just the carpeted stair. Just cover her 'face' with your finger and you'll see it is just carpeted stair. 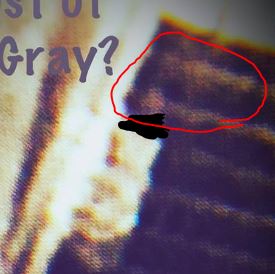 The wall (esp the wide base board) next to the 'appartition' is lit up in that photo, and light spill (see examples below) would explain some of the 'dress', but the light also lights up the stairs a bit there which can be seen in the closeup, filtered photo provided by EVPparanormal of Maine. 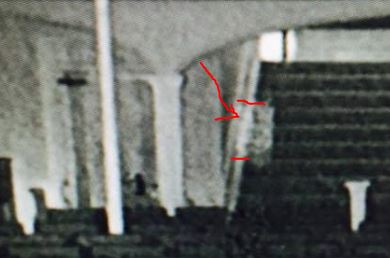 light sources often 'bleed' out in photos. as can be seen even in historical photos. 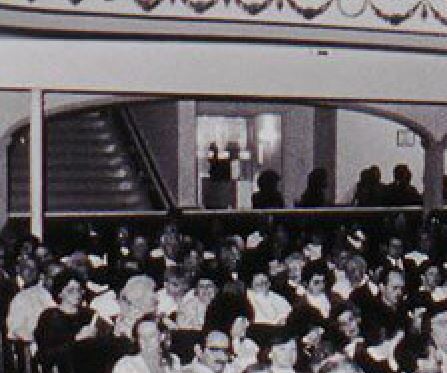 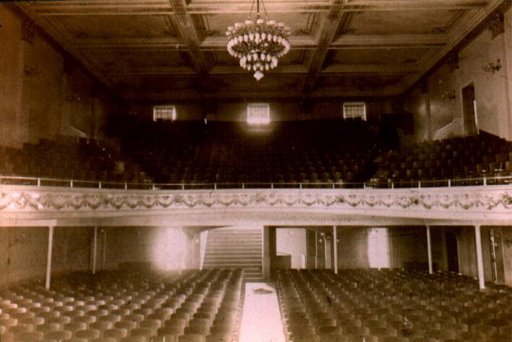 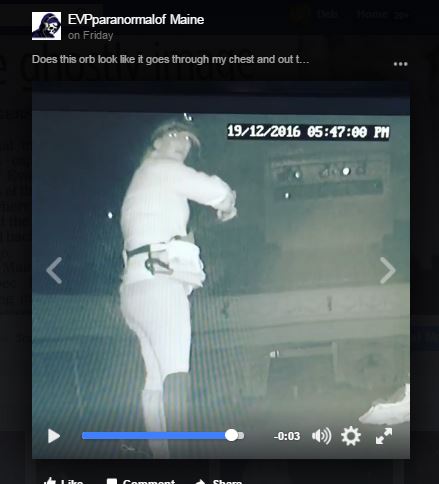 
*It is interesting to note too, that the two videos of that night EVPparanormal present on their FB page, are taken from the location of the 'ghost photo'. They provide no still shots from that location. So i think the ghost photo is a a single frame they captured from a video. A video not presented as it most likely shows the flashlight moving to that location.
[edit add: yes the ladies admit it was from a video tape:


The last camera was the one that caught the image, she said. The theater was pitch dark, she said, and no one in the group saw anything at the time. The image only appeared on the video, Mezoian said, and only briefly.

“We didn’t see her like dancing up the steps; we just saw her (in) that one quick flash,” she said. http://www.pressherald.com/2017/01/13/report-of-ghost-at-biddeford-city-theater-met-with-skepticism/

note: Eva Gray did die in the Theater in 1904, after singing "Goodbye, Little Girl, Goodbye. Her young daughter was in attendance. Sad story.
http://news.hrvh.org/veridian/cgi-bin/senylrc?a=d&d=kingstondaily19041102.2.56 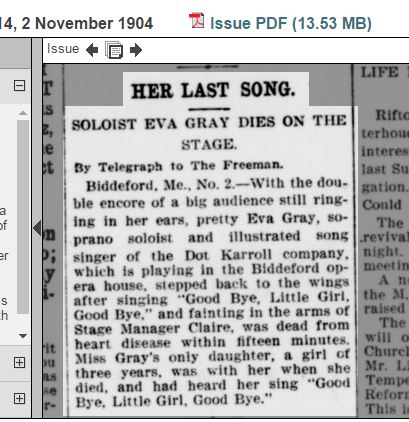 Staff member
I think it's fairly telling they have not released the video from which the image is taken, as the surrounding frames probably have clues as to what this actually is.

It does seem to bleed into the handrail. This might be because there's something close to the camera, like a bug, that's simply blurring the area. 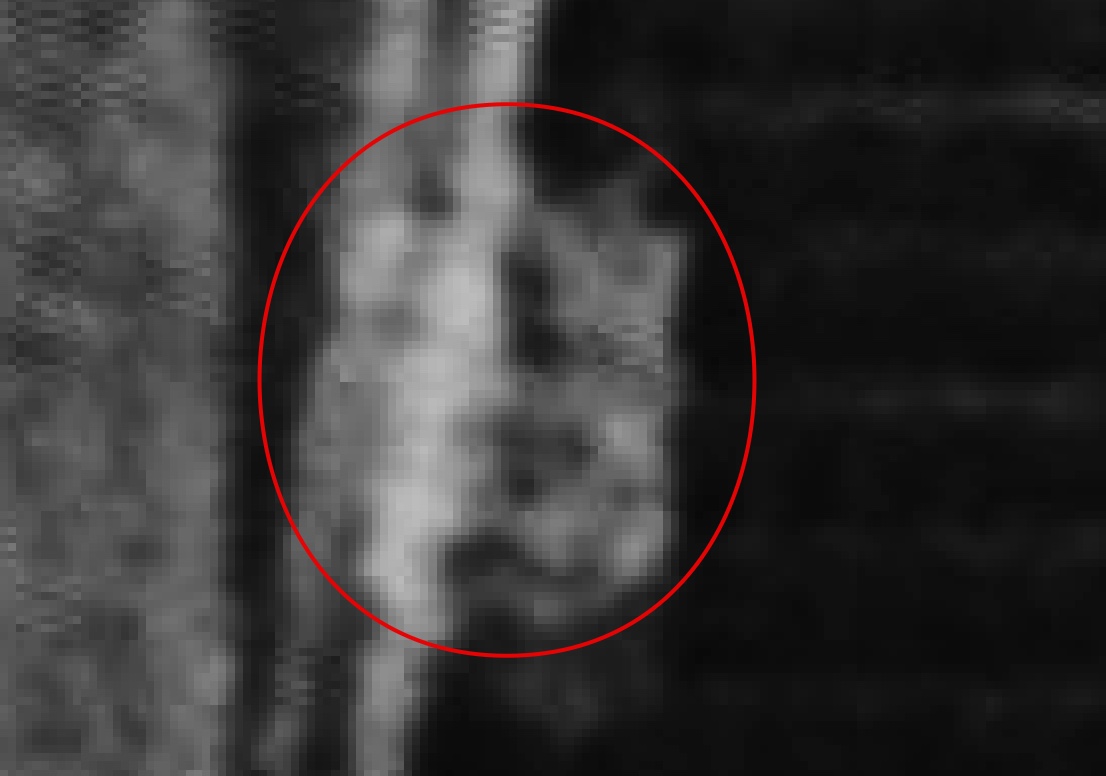 youre right, i thought there was just moulding but theres also a handrail there.. even more reflection options 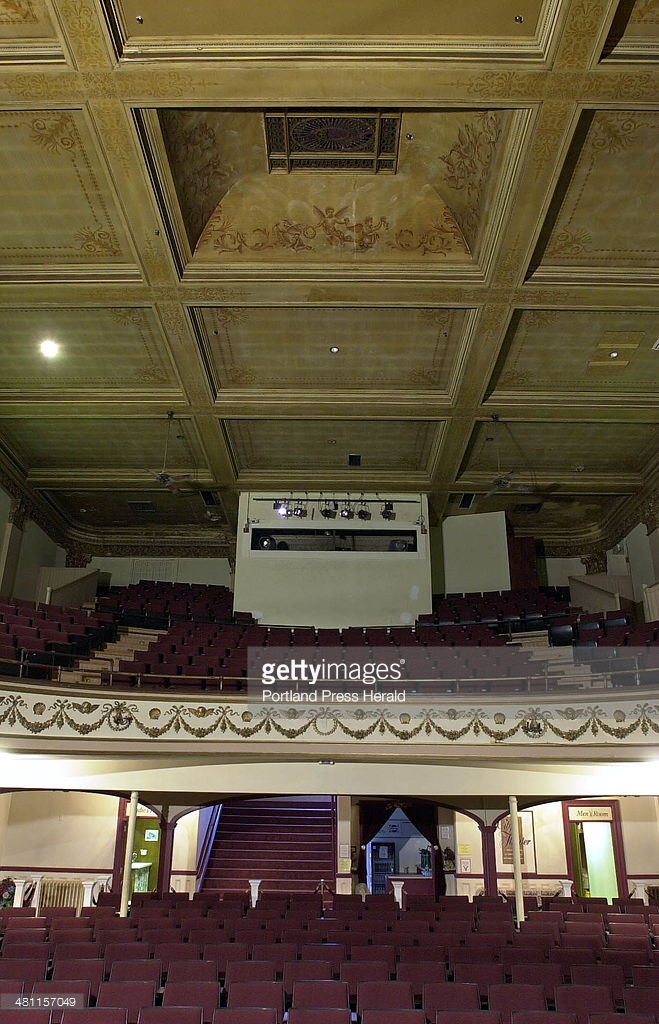