[This thread split from "No blood on truck" thread due to off topic discussion. Doug W is responding to this particular post https://www.metabunk.org/conspiracy-theory-no-blood-on-truck-in-nice.t7761/#post-186010]

Cool. Yeah I found it interesting with the bullet holes and just for the record I wasn't thinking CT ok

Does anyone know what is meant by....his head fall back on the 'amount of the window', passenger side of the truck."

The only CT I have heard is sadly by a friend (the pain) that 'there is always a passport with the terrorist' - his thinking is it's a set up to force conflict between Islam and the West.
Last edited by a moderator: Jul 24, 2016

I'll be certainly mentored again, but I am not going to start new threads for all these Nice related CT claims (since they are easy and quick to debunk), but another conspiracy theory is that the police caught the driver living, and brought him away (or that there were multiple terrorists/agents in the truck). They use several videos of the final shooting as the evidence. On one of them it can be indeed clearly seen the police intercepting a man coming from the left side of the truck cabin. They pull him to the ground, beat him up, and then drag away to a side street. I cannot find the right video just now, but may post it later. In fact the video depicts how the police mistook Franck for a terrorist. Franck is the civilian who chased the truck on a scooter, and then after falling, on feet, and fought the armed driver with bare hands. Although the terrorist was shooting at Franck from close range, Franck's worst injuries, including a broken rib, came from the arrest, not from the fight with the driver. So yes, the CT's are right that the police arrested a second "terrorist", and that's what the police thought too in the initial chaos, but it was just a civilian hero who helped stopping the truck and avoided a much worse carnage, since the biggest crowd was just ahead, 50m over the crossing. And no, Franck did not even complain about being beaten by the police in any of the interviews I saw with him, he fully understood and took the risk deliberately.
Last edited: Jul 24, 2016

DougW said:
Does anyone know what is meant by....his head fall back on the 'amount of the window', passenger side of the truck."
Click to expand...

Sorry, that was the automated Google translation - I corrected only some words in the highlated parts, but was lazy to check all. The original is:

So in the original it is "montant de la fenêtre", which would be better translated simply as "window", not "amount of the window".


DougW said:
The only CT I have heard is sadly by a friend (the pain) that 'there is always a passport with the terrorist' - his thinking is it's a set up to force conflict between Islam and the West.
Click to expand...

I have to admit that for example the found of the passport of Mohamed Atta in the rubble of WTC was ridiculous and am not surprised it triggered many CT's. On the other hand in this case I would be rather surprised if Lahouaiej-Bouhlel drove with no papers to the area where he had to expect to be controlled several times. What they found was not a passport, but his Carte de Séjour (an ID for foreigners living in France). In France you are obliged to carry an ID all the time, the driving license alone is not sufficient. 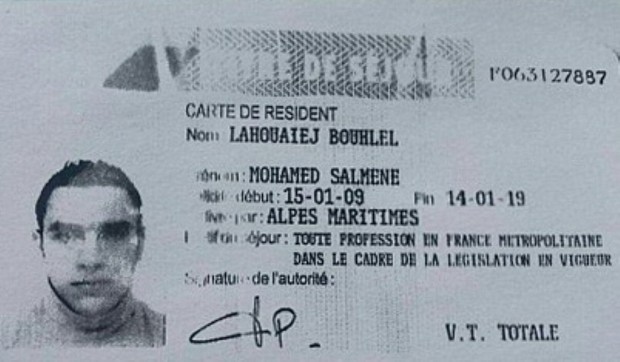 DougW said:
Interesting that the bullet holes in the windscreen - none were where the driver would be seated.
Click to expand... 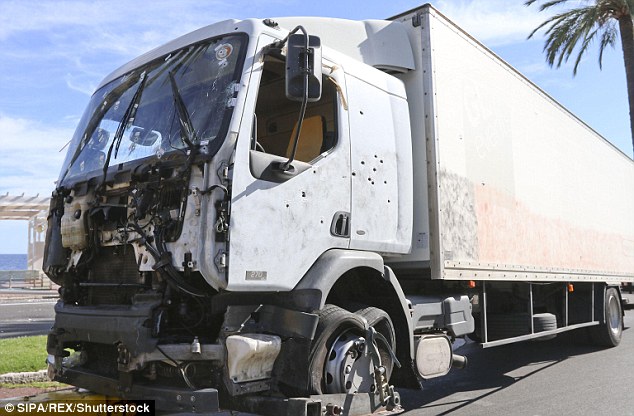 Thanking you both for your replies.

I moved off topic posts to this thread so the rampage can be discussed. BUT please refrain from assertions stated as fact without links/sources and external quotes.

Mainstream media very often gets details wrong shortly after a tragedy, so also please try to phrase wording to reflect this.
You must log in or register to reply here.