I was randomly pondering the KC-10 video and KC10FE's pics of purely aerodynamic contrails, and suddenly remembered this image from my youth. I remember being totally unable to figure out what was going on in the pic. I first encountered it on a book cover (B-52 A documentary history, by Walter Boyne) in the mid 80's. The book was published in 1981, but I think the image itself dates from the early or mid 70's. From what I can gather/remember the aircraft is a B-52G used as a testbed (by Boeing?) for the Rivet Ace "Phase VI" B-52 avionics upgrade programme (as alluded to by the nose art), which was undertaken in the early 1970's. If anyone knows more or better details feel free to add them .
I just thought I'd introduce it here as another archive and historical pic showing what's possible with contrails: 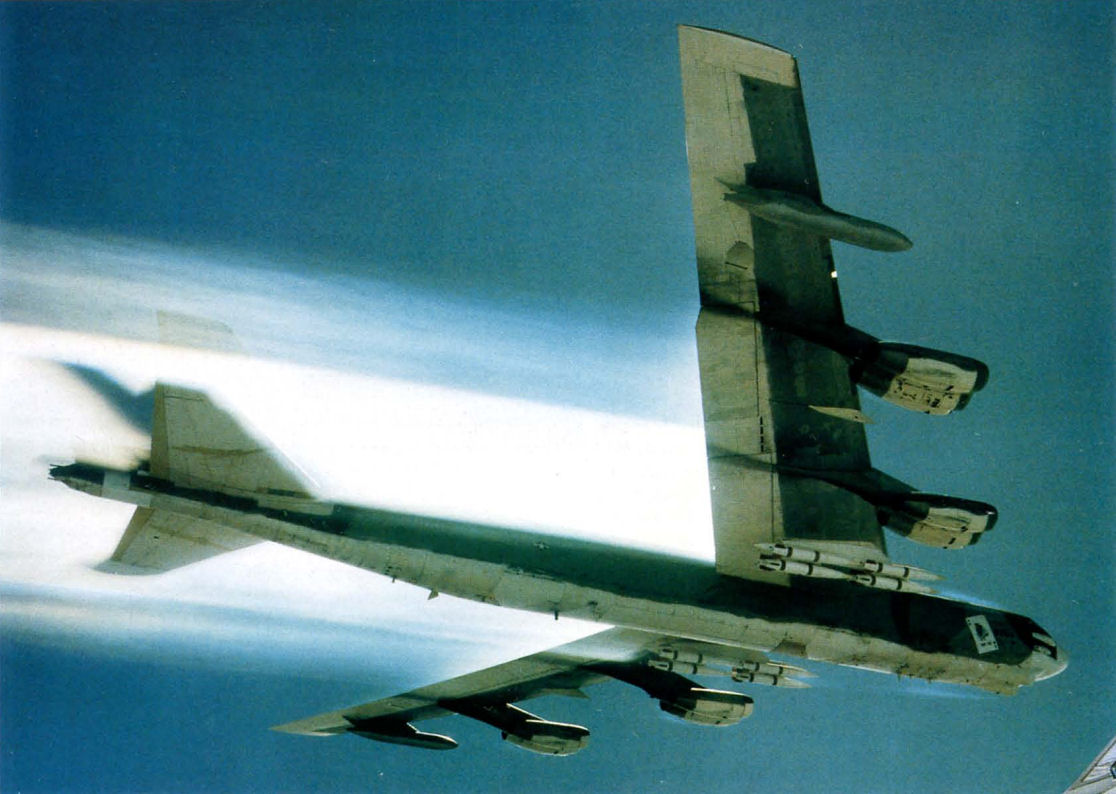