What's the ATFLIR's Field of View in NAR mode? What about 1x and 2x NAR? This has been addressed elsewhere, but I wanted to make things easier to find, and to add a new observation about FLIR1

The above, from official Navy documents, makes it pretty clear. The ATFLIR has three FOV settings, all of which are square (so same FOV horizontally and vertically). They are:

In addition there 1X and 2X zoom form NAR and MFOV. But not for WFOV

1X is kind of meaningless, it's just that FOV. 2X is zooming in, so it's essentially halving the FOV. So we have five effective FOVs:
You can see here this gives us five effective FOV values where each one is about twice the previous one . You can also see why there's no 2X WFOV. 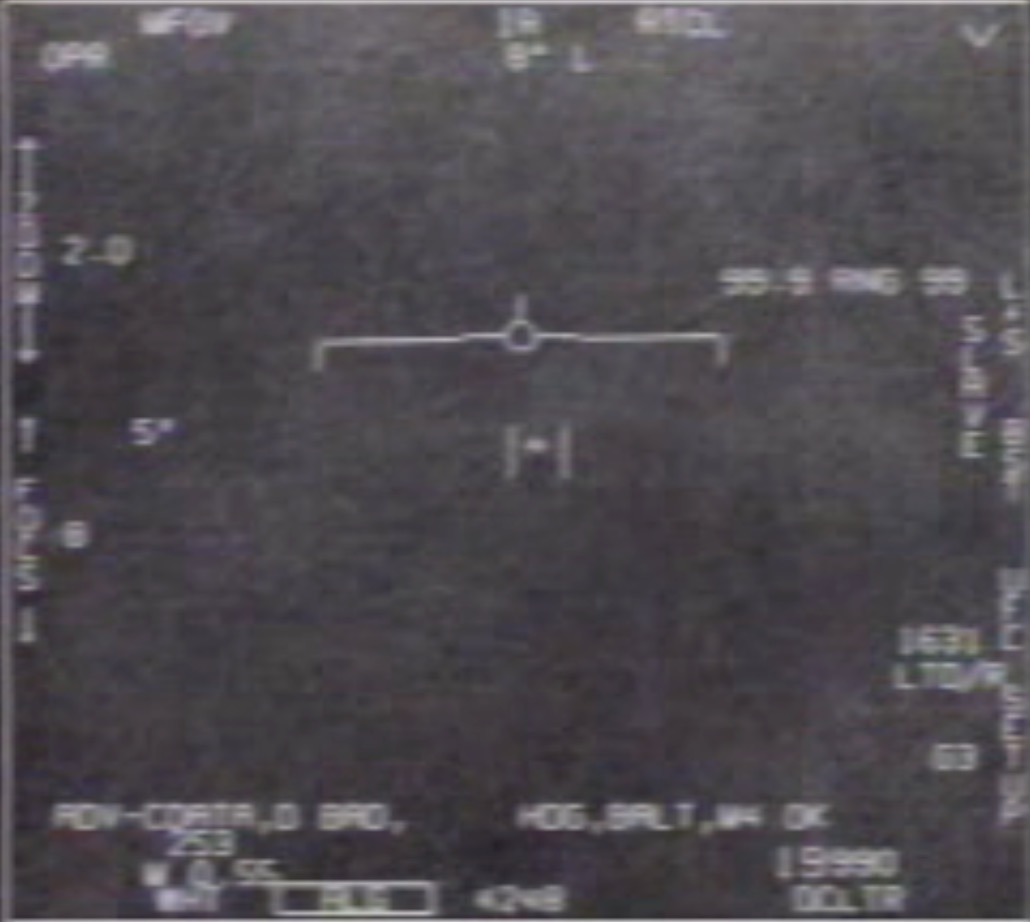 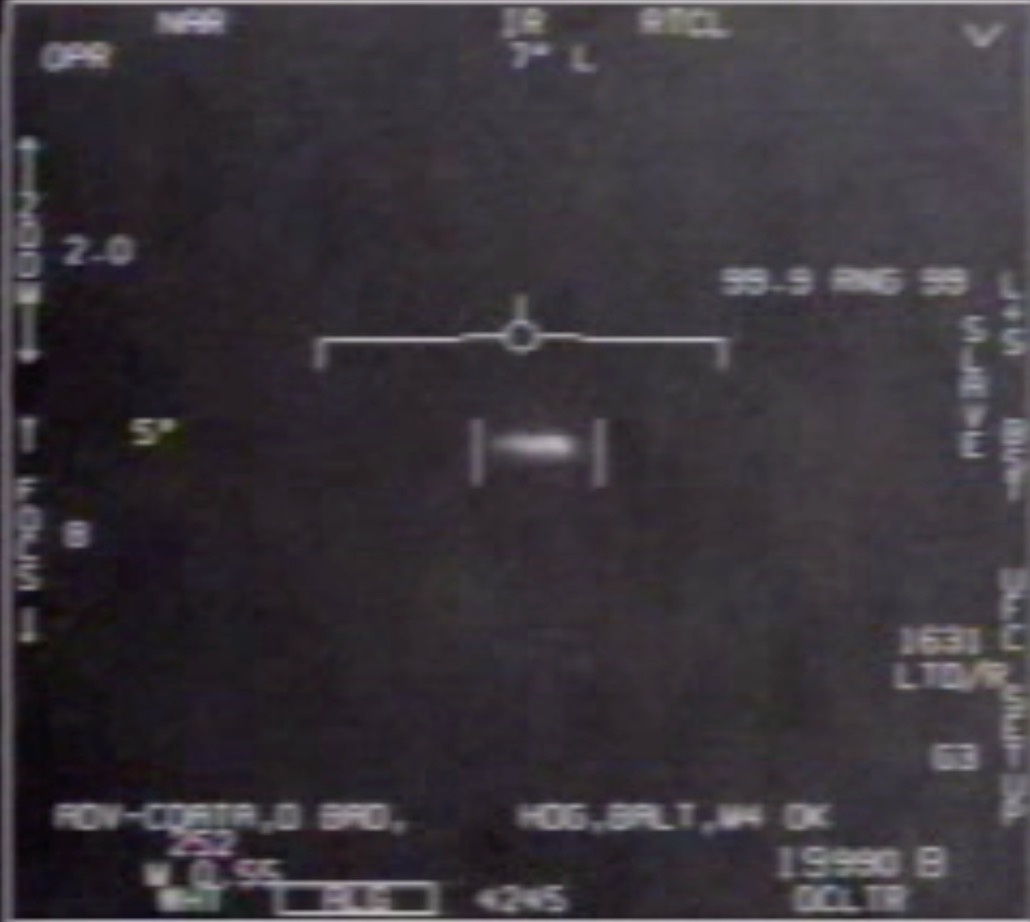 Going from 1.5° to 0.35° means the image should be 4.2 times as big, which we can verify by copying the MFOV image multiple times under the NAR image: 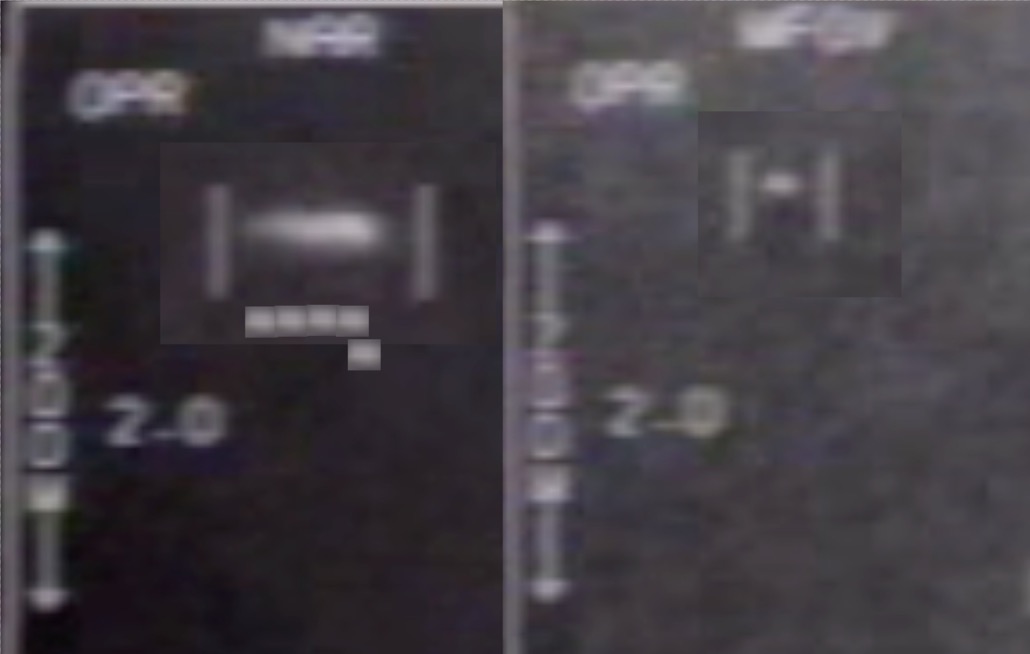 About 4.2, as close as we are going to get with this poor quality video.

Hang on! That looks like it says "WFOF"! That's actually just a quirk of the font. The M and the W are very distinctive, when not that blurry. Have a look at them in Gimbal or GoFast, which is twice the resolution, and better compression.

M hase a distinctive gap in the middle of the top half. The w ends up more like a rectangle. See that in FLIR1.

The M is actually distinguishable from the W.

In addition, something I only recently noticed (I thing, these things sometimes recycle), is the toggle order, and what happens in FLIR1.

The docs say it goes NAR->MFOV->WFOV (and them presumably ->NAR).

Notice it initially looks like WFOV 2X, but knowing the actually font we can now see it's MFOV 2X (1.5°). 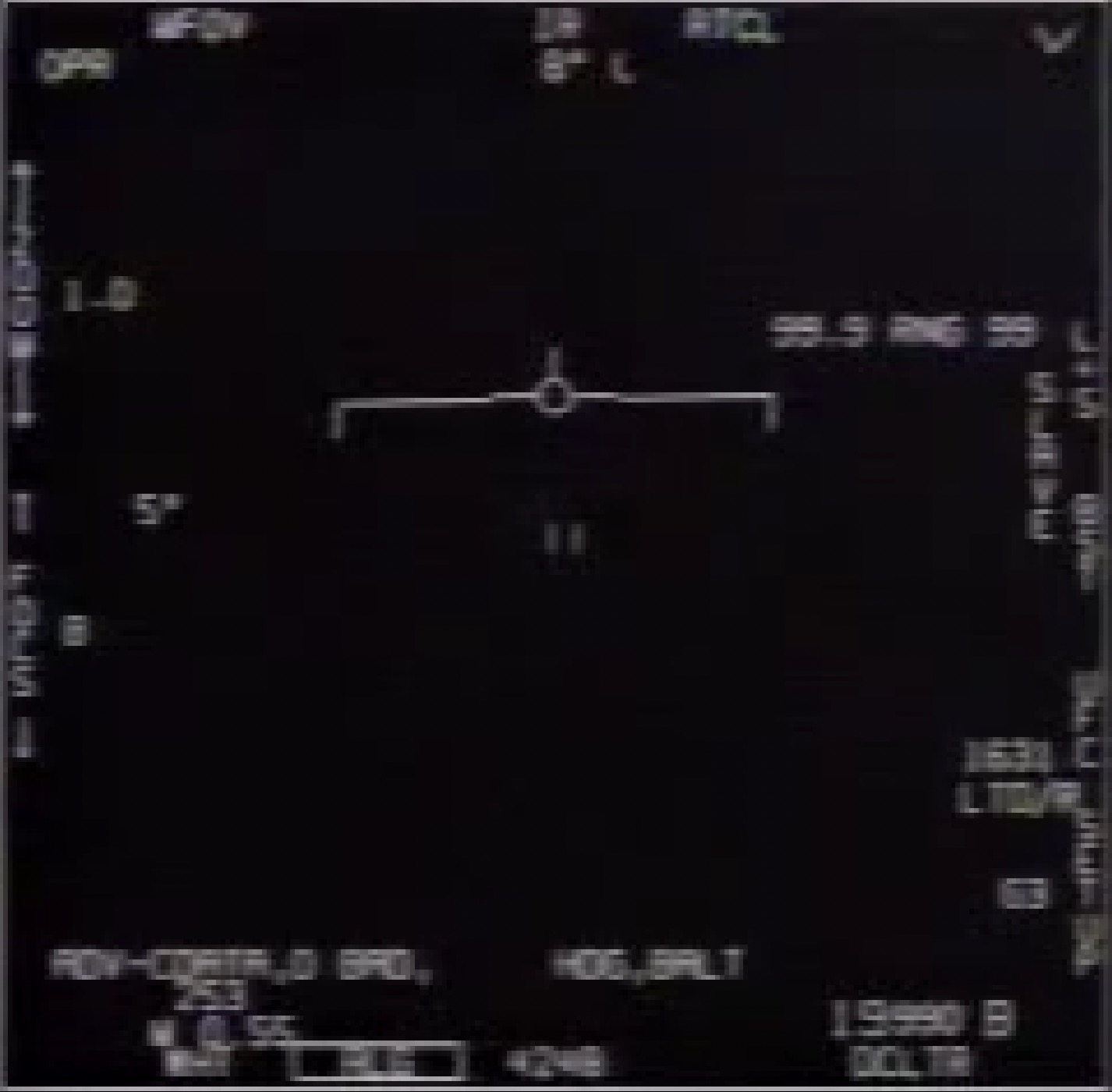 It has to go to 1X, as there's no 2X in WFOV. This is also a 4X change in scale from what was already a small white dot. And now, for a seval frames, the object is too small to be visible, at least in this mode.

WFOV is only there for 10 frames (1/3 of a second) until Chad toggles through to NAR 1x, at which point we've lost lock, the tracking has stopped and the object is continuing left. 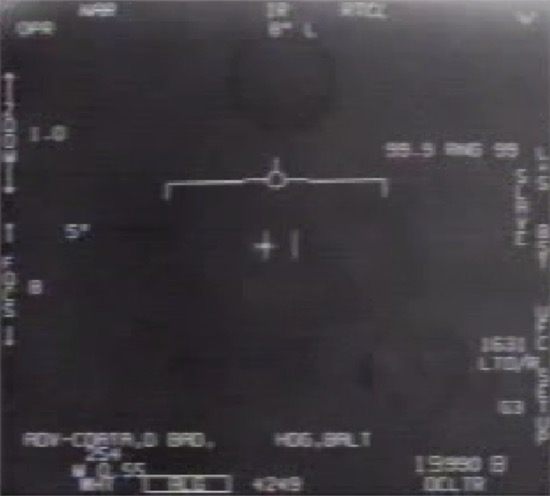 Lock is never regained. Half a second later it the system changes to NAR 2X, which just makes thing worse.

None of this really changes anything, but I think it's brings some clarity to what is going on with the various zoom modes.

For viewing the videos, I recommend using the Sitrec video viewer in Chrome or Edge:

It defaults to Gimbal, but you can change the "Preset Video" to FLIR1. Then use the arrow keys or right nouse to scrub and < and > to single step. Zoom in with the mouse wheel. By default it uses original pixels. You can toggle this with "Smooth", and there some adjustments under "Tweaks"
Last edited by a moderator: Nov 9, 2022

Mick West said:
Going from 1.5° to 0.35° means the image should be 4.2 times as big, which we can verify by copying the MFOV image multiple times under the NAR image:

About 4.2, as close as we are going to get with this poor quality video.
Click to expand...

Could "0.7" simply be a single digit precision shorthand for an actual value of 0.75? (OK. Truncation is a less common choice than rounding to nearest or even, but not unheard of, both directions are equal in error.) There's no physical mechanical reason why every zoom step would be exactly 1:2 relative to its neigbours, but there is a certain neatness to it, and it lets the pilot know that whenever something shrinks to a certain size it will expand to a predictable size once he zooms in one step more (and vice versa of course), no matter where he is on the scale, so it seems as if it would be a desirable UI feature. Source material not in the LIZ would help here, I don't think my speculation can be ruled out given the fuzziness of the above.

The A/A FLIR format has 3 Field of View (FOV) reticles which change based on the current FOV. The FOV reticle can be hidden or shown by pressing the RTCL option at [PB9]. The WIDE and MED FOV reticles consist of long vertical and horizontal bars with smaller bars positioned perpendicular to them the end-points. In WIDE, the end-point bars are longer than in MED. The end-point bars represent the FOV which the next lower (full) FOV would occupy if selected. In the NAR FOV, the reticle is shaped like a cross and has no end-point bars.

Looks like it was turned off in the Navy vids. It does seem a bit confusing...

Also calling the modes 'FOV' when it can be optionally zoomed, changing the FOV is confusing as well, practically though I imagine pilots just 'press button to zoom' and don't really care so much about the details.
You must log in or register to reply here.